Official: Lamborghini SUV to arrive in 2018 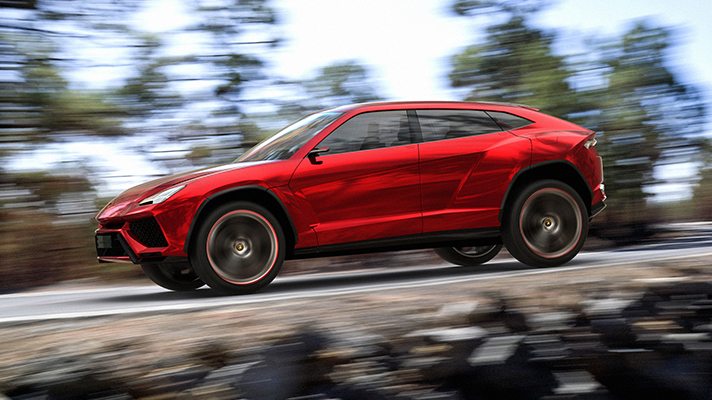 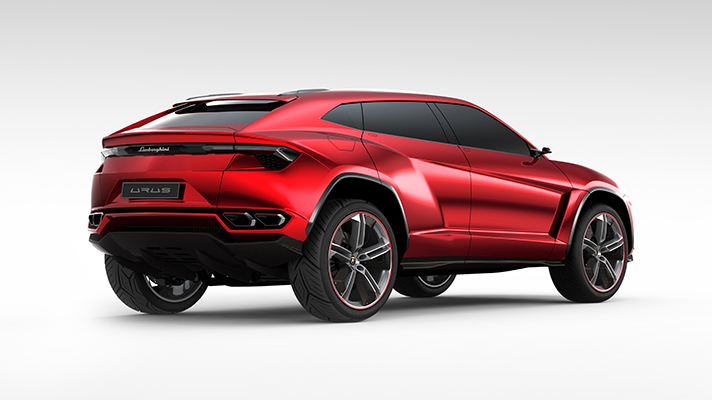 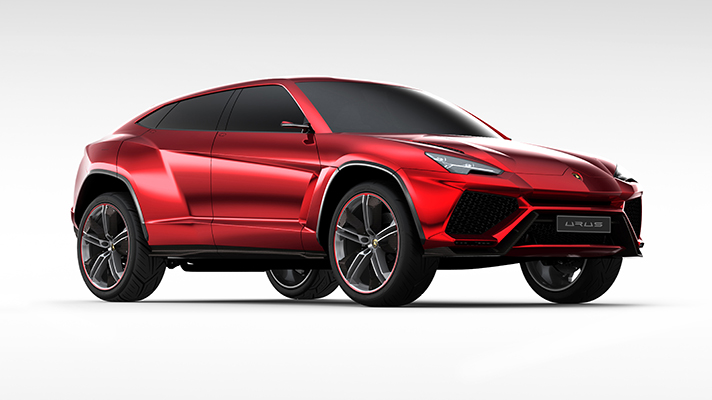 Remember the Lamborghini Urus? The SUV concept that made those widebody tuner Cayennes look a bit tame? From 2018 there will be a production version.

Officially, we know little more, other than it will be assembled at Lambo's factory in Sant' Agata near Bologna, Italy. The plant will almost double in size, and 500 new long-term jobs will be created. They'll build about 3000 SUVs every year. For comparison, last year the firm built 1400 Gallardos and Huracans, and 1200 Aventadors.

The Italian Government, keen to see an expansion of jobs there, has given Lambo some handy incentives to keep the workforce local. And now a brief pause while we drink in the irony of job creation: that the nought-point-nought-one-percenters' super-SUV is being built with the support of your Italian working class's taxes.

Anyway, to find out rather more about the car itself than the brief announcement, we quizzed some high-ranking Lambo chiefs the other day. This was before it was made official, so it was on a 'if you were to do an SUV, what would it be like?' nod-and-wink basis.

At the time of the concept, unveiled in 2012, Lambo made a lot of noise about its use of carbon fibre. It had a huge composite backbone running down the centre, encasing the propshaft.

But this week Maurizio Reggiani, Lamborghini's engineering chief, told us that it made little sense to put so much carbon in the structure of a production SUV. That's because SUVs' drivetrains, suspensions and interiors are so heavy, building a carbon structure doesn't actually save much mass as a proportion of the overall vehicle.

More significantly, this means the Lambo SUV can share a platform with the Bentley Bentayga, and the next Porsche Cayenne. Want to know what this is like? Look at the under-skin structure of the new Audi Q7 (pic 9, above), the first car off that platform. It has a lot of aluminium, both pressed and cast, and strategically placed high-strength varieties of steel. Lambo can replace some of that with composites, but not a lot.

But of course Lamborghini engineers are keen to get the best dynamics they can. To do that, Reggiani says it's less about weight and more about chassis tech. He reckons active anti-roll, adaptive damping and variable ride height will all be important. So will Lambo's active variable-rate steering, and possibly four-wheel-steering too. And torque vectoring for the not inconsiderable oomph that will be issuing from the engine.

All these in combination, he says, will give it a better chance of being capable off the road, comfy on it, and able to get round a racetrack with some dispatch.

At the time of the concept car, Lamborghini talked of 600bhp. The current V10 and V12 engines are magic in supercars, but they won't do the job in an SUV, which needs torque. A diesel is verboten, obviously, because this is a car for places where diesel doesn't happen, and anyway because, well, Lamborghini. But Lamborghini has promised its SUV will have class-leading CO2 levels. Depends how you define your class, we suppose.

So we can expect either turbos or a hybrid booster. Either would be a first for a production car from the company. There's space in the new platform for a hybrid battery under the boot floor.

Adding to the likelihood of a plug-in hybrid being at least one powertrain choice, just before the SUV was confirmed Lamborghini boss Stefan Winkelmann told me: "Our plug-in hybrid Asterion concept was meant to demonstrate that the price would be a bit higher. And it [hybrid] doesn't allow you to do a car like the Aventador because you have to add weight.

TG gets up close with the 910bhp Lamborghini Asterion concept

"Now, being small we have to maximise the output on every penny invested. If we do a plug-in hybrid we have to invest in a third model, not a supersports car. It's a car for everyday use. It has a different size and packaging. And then hybridisation is much easier. It's less affecting on the performance."

Being part of the new group platform also gives Lamborghini the chance to give the new car an immense range of driver aids: from self-steering and braking, self-parking, night vision and all-round radar. There'll also be a huge range of connectivity and social apps. All rather a change for a company that recently built a car called the Egoista.

And will the final SUV look like the Urus concept (pictured above)? Not exactly. For a start, that was back in 2012 - the real thing has to look box-fresh at its launch six years on from there, and still not have turned stale at the end of its production run in, say, 2026. But at the announcement today, Lamborghini did reference the Urus, so there's got to be a definite visual link.

And it won't be too staid. As Winkelmann told me the other day: "We were always the bad boys in the car industry. We have a responsibility to create something which is unexpected and ahead of the peoples' dreams."