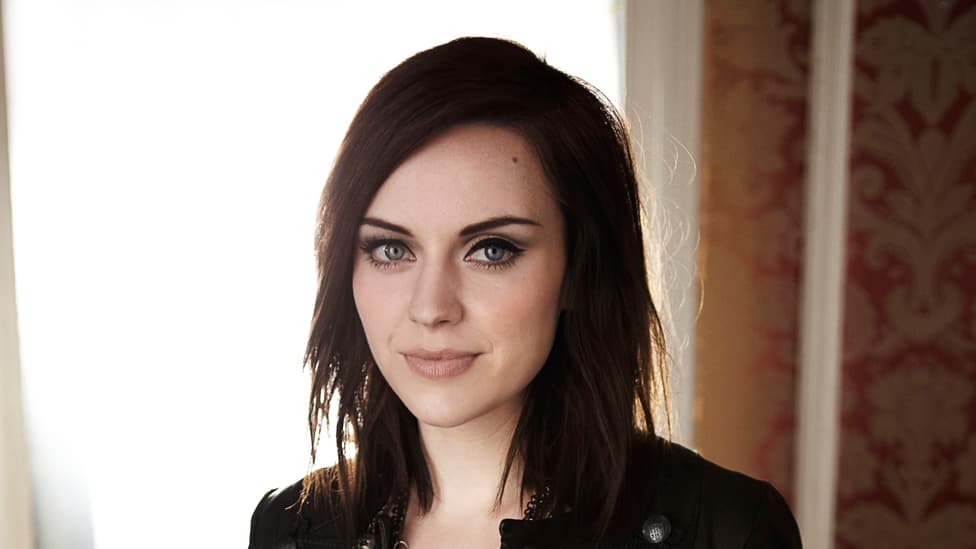 Amy Macdonald can almost see the Royal Albert Hall from her Kensington hotel room. She’ll be playing at London’s most famous venue next April, as part of a major European tour in support of her fourth studio album, ‘Under Stars’. It’s the first record she’s co-written, a process she says caused some embarrassment until everyone got into their stride. It was certainly worth it: ‘Under Stars’ frames her fantastic voice in a turbocharged set of tunes that sound precision-tooled to work in stadiums and light up Europe’s booming festival circuit.

"I like writing catchy songs," she says. "When I hear a song on the radio with a big hook, it always makes me go, 'I wish I’d written that.'" No Radiohead-style angst or hand-wringing here, thank you very much.

A self-confessed Bruce Springsteen fan, Amy also knows how to mine the same imagery as The Boss. Cars, in particular, despite the fact that the man himself revealed in his brilliant autobiography that he’s a terrible driver. The irony… As all Top Gear fans know, she’s a fully paid-up petrolhead, and has owned an Audi R8 and Overfinch Range Rover. More recently, she decided to hang onto her Ferrari 458 Speciale even when a 488 GTB arrived to keep it company. Not only that, but she made it onto Ford’s heavily policed GT customer list, which is where we decide to begin today’s conversation.

Top Gear: It’s obviously a daft question, but why the Ford GT?

Amy Macdonald: I’ve never even driven a Ford before, but I got swept up in the hullabaloo. Every magazine, every website, anybody with any interest in cars, they were all totally excited about the Ford GT. So I thought I’d apply, never in a million years expecting to get one. I’m pretty much an accidental Ford GT owner.

TG: We know some of the lucky few personally. But we also know of some very big names who were turned down, or couldn’t be arsed with the process…

AM: It was like applying for a job. You had to outline your car history, and explain why you thought you deserved one. Being Scottish, I’m not very good at blowing my own trumpet that way. At the time I owned the Ferrari 458 Speciale and a Range Rover, and they’d left all this space on the form presuming that prospective owners were going to have a showroom’s worth of cars. So I pointed out that while I only had those two, I’m obviously still pretty young and haven’t had a lot of time to amass a big collection. There must have been an element of vetting, but I really didn’t expect to get one, so I was thinking, ‘whatever, I’ll write anything down…’

TG: You tweeted the email from Ford, sounding happy but genuinely shocked.

AM: The confirmation came out of nowhere, it was sent at 5am one morning. I opened it expecting it to say, ‘commiserations, you haven’t made it’. I emailed my mum, and she said, as she always does, ‘how much is it?’ ‘Absolutely no idea,’ I replied. It still doesn’t feel real, and I still don’t know much it’ll cost. They sent me another email with a kind of welcome pack, and told me I’d hear more when the order window was open, and I could choose the spec, then pay 50 per cent upfront. But 50 per cent of what? It’s even more mysterious than dealing with Ferrari. Most people would be going, ‘I want it now, I want it now!’ But I’m happy to wait. It might be crazy money, and I think I need to wait for my album to come out…

TG: Any thoughts on spec?

AM: Not yet. Blue seems like the iconic colour. It’s difficult not to go down that route, but I might do something different. You can go down the exclusive line, do anything you want, but that’s a minefield to me, and I’d rather someone just said, 'listen, here’s your choice.'

AM: I’d be too embarrassed. Besides, they might bump me up the list and I’m happy to wait.

TG: Is there anything else on the Macdonald automotive radar right now?

AM: The other car that looks incredible is the Chiron. I was invited to the Bugatti factory in Molsheim. I went out in the Veyron Super Sport, with the boss [Wolfgang Dürheimer] – it was the first time I’d driven a left-hand drive car. So I asked him to go first until I’d got my bearings, but he couldn’t understand my accent and he just laughed. Then he’s telling me it’s worth €2m and can do 272mph and I’m thinking, ‘great, but there’s a roundabout coming up’. He was saying, ‘don’t worry, it’s just like a Golf!’ And I was thinking, ‘but it’s not, is it?’ Molsheim, by the way, must have the world record for the most number of roundabouts within the same square mile.

TG: So, two Ferraris and a Ford GT… have you got room for them all?

AM: I was planning to keep the Speciale, but the last time you and I spoke you told me to definitely hang onto it, and that tipped it. My mother was very much of the mind, who needs two Ferraris? But I could sell the Speciale for what I paid for it, and I’ve driven it a fair bit. She’s always worried that I’ll bankrupt myself over cars, but I told her it would be funny if the things that ended up sorting me for life were the Ferraris. 'I’d be happy,' she said. 'Irritated, but happy.' I’ve definitely turned into someone who’d like to put together a big collection of cars. I was thinking, how good would the GT look alongside two Ferraris?

TG: You can do a Ferrari twin test whenever you feel like it...

AM: Yeah, and the 488 is so unbelievably different. It’s hard to explain. I drove them back-to-back one day, and it’s like night and day, like driving cars from two different eras. The 488 is a lot quieter and smoother. It’s not as engaging as the Speciale, which makes you feel like it wants to kill you every time you go round a corner… in a good way, if that makes sense. I like the 488, don’t get me wrong, but in the Speciale, it feels like they really pushed it to the limit. My dad still does hill climbs, but he’s too nervous to drive the Ferraris. There are a few around, people who just buy them to sell them on… I really hate that. What’s the point in having a car like that and then never even taking it out?