Renault: the new 5 "needs to be a popular car" | Top Gear
Advertisement
Interview

Renault: the new 5 "needs to be a popular car"

Renault has created a design 'supergroup' to take on the future. TG chats to them all 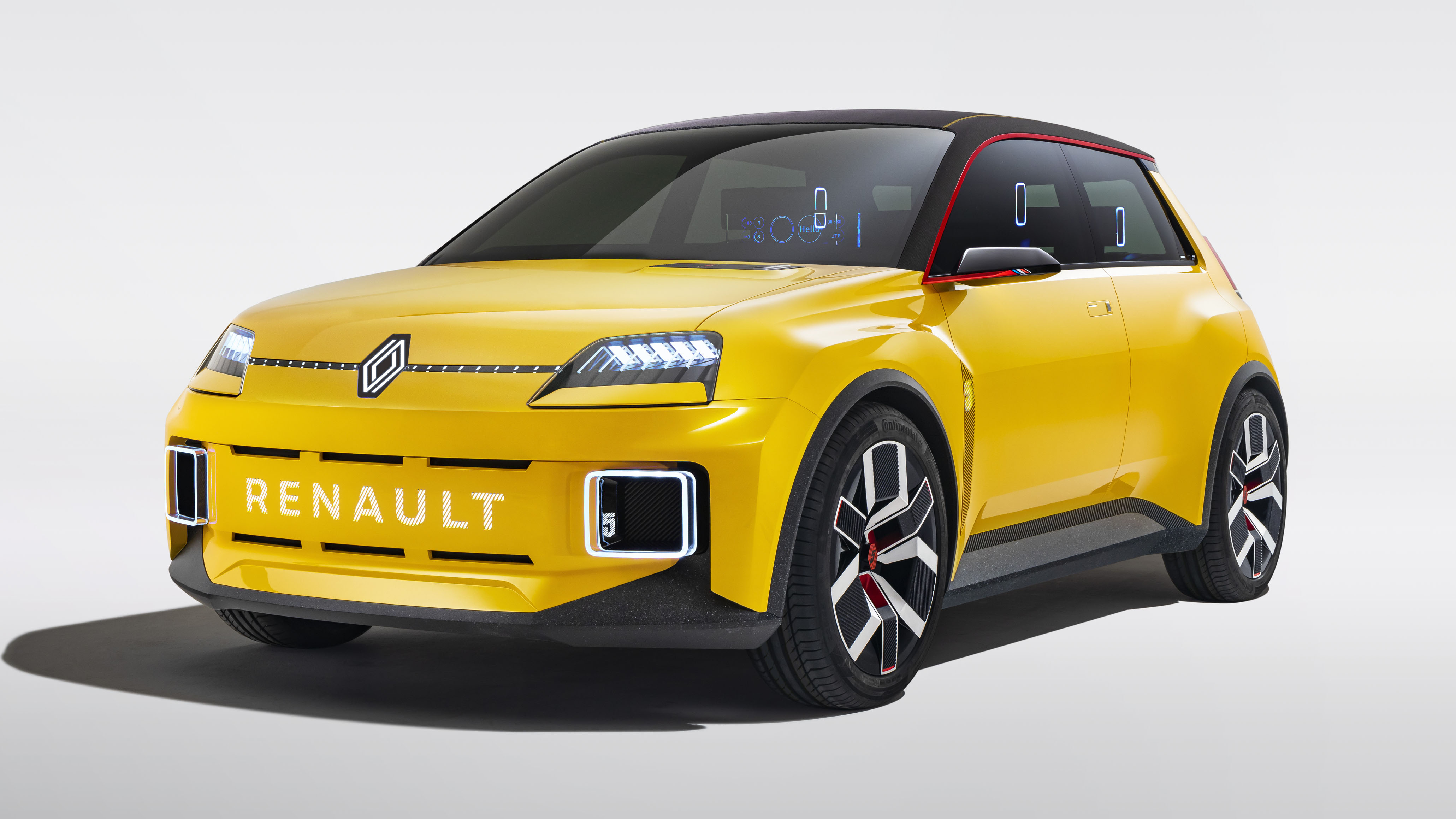 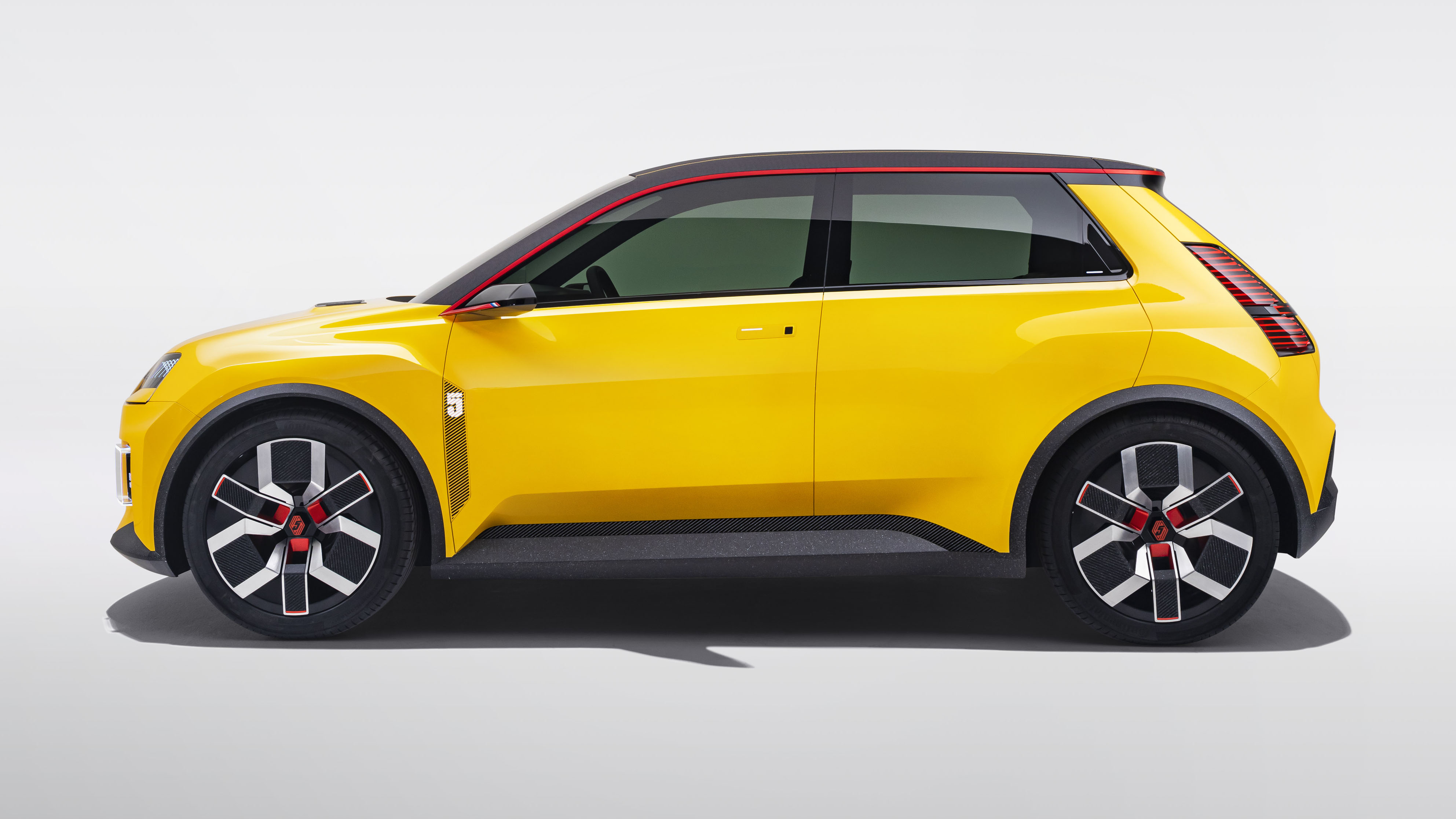 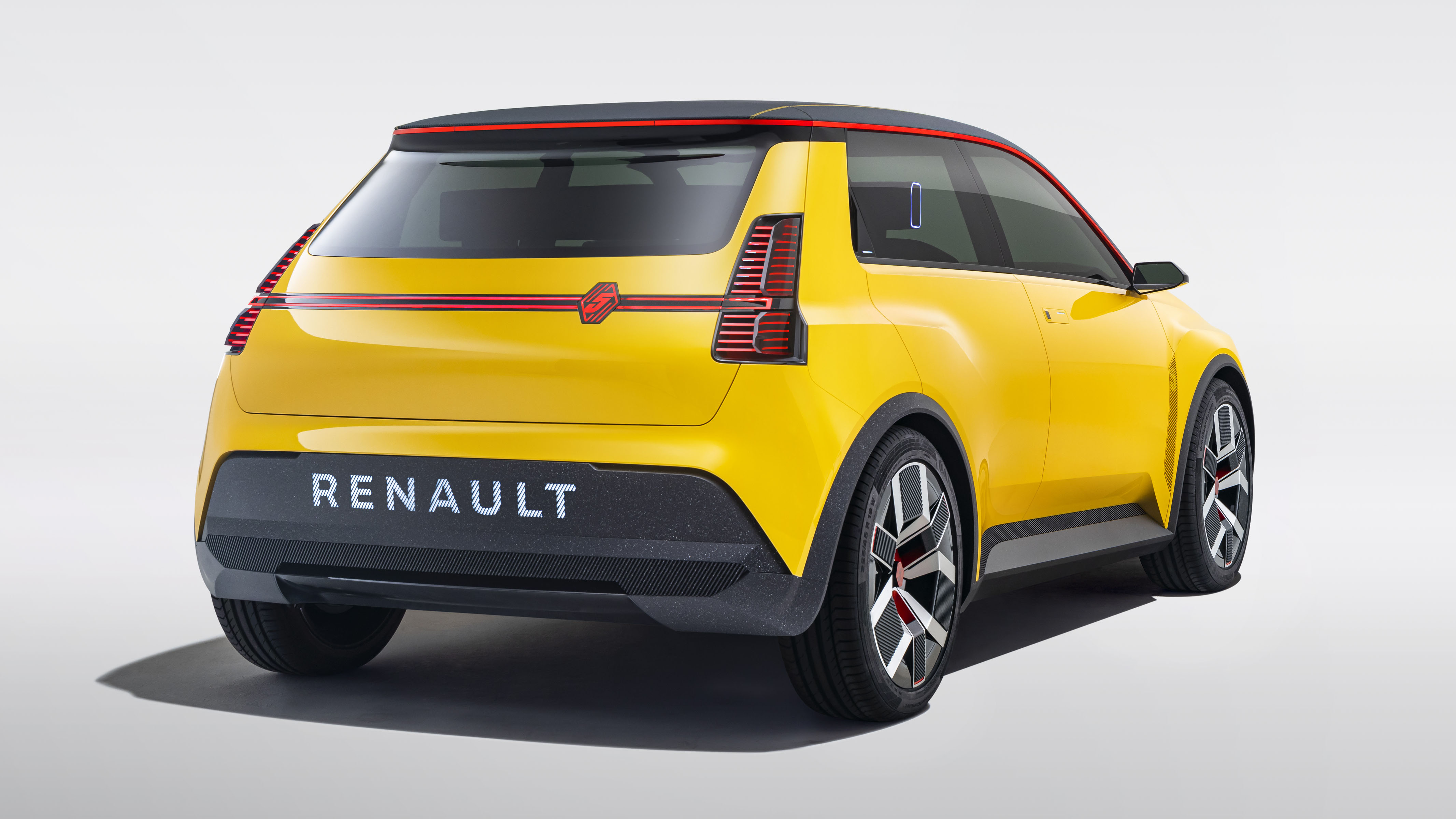 Renault batted away the bleak mid-winter with last week’s comprehensive live-streamed turnaround plan, the punningly named Renaulution. These things are mostly designed to calm restive investors, but there were a few surprises, notably a new pure-electric take on the classic Renault 5, a neat Dacia concept, a new version of the Lada Niva, and a fresh sub-brand called Mobilize for people who hate cars and the thought of owning one but still need to get around whatever mega-city they’re living in. Alpine will also be partnering with Lotus on a new electric sports car.

But it was the new 5 that got everyone talking. Actually, anyone who knows Renault’s recently installed CEO Luca de Meo – former Fiat and Volkswagen marketing boss, latterly president of Seat – knows that he has an acute sense of what a ‘brand’ really stands for, and has a penchant for pushing big emotional buttons. The Fiat 500 was in large part his baby, so a revival of the Renault 5 was always on the cards. Some people bemoaned this retrogressive approach; everyone else instantly decided it was a car they had to have, tumbling down a rabbit-hole of happy memories of a care-free time when they could actually leave their house (unless the car had broken down). Having shown its hand unusually early in the creative process, now Renault has to develop and engineer the thing before everyone gets bored. It could be 2024 before we get our hands on it, and a lot can happen between now and then.

Meanwhile, Renault has reorganised its design team, luring top-rated talent Gilles Vidal away from Peugeot and Alejandro Mesonero-Romanos from Seat to head up Renault and Dacia respectively. TopGear.com joined a virtual media round-table to catch up with them and Group Renault design vice president and board member, Laurens van den Acker.

How does the so-called ‘Renaultution’ strategy affect the way the brands’ design departments work? 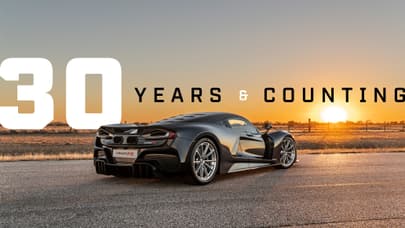 30 years and counting: the big interview with John Hennessey

Laurens van den Acker: I’ve been thinking about this for more than a year. With the impending arrival of Luca, I had a feeling we would switch to a ‘brand’ organisation. So now we have a design director for each brand, Gilles [Vidal] for Renault, Alejandro [Mesonero-Romanos] for Dacia, Antony Villain for Alpine, and Patrick Lecharpy for Mobilize. We’ve divided up the teams, with all the disciplines in each brand. It’s four different brands around the big atelier within Renault design.

How long have you been planning this ‘supergroup’ of designers?

LvdA: Everything accelerated enormously with the arrival of Luca. We had to align with his ideas and it became apparent that he wanted to create brands and business units. And then the next question is, who is going to lead these brands? It was a chance to brainstorm with him and define who the best person was, and it was a true joy to do this very quickly. Designers want to be there when change is happening. When everything is in chaos or turmoil is when you can really make an impact. I admired their courage to join us, I’m super happy they did, and I’m dying to work with them. It’s been a blast so far.

Did they take much persuading?

LvdA: My first question to Gilles was, are you sure you want to come? Because we have quite a big challenge ahead of us. Actually it’s still strange to see him walking through our studios, I still have to check he doesn’t have a smartphone to take pictures. I worked with Alejandro 10 years ago and within a year he left, which I always felt had something to do with me… [smiles] he had a fantastic career at Seat and he has a very strong relationship with Luca.

Alejandro Mesonero-Romanos: I started talking to Laurens and Luca last June, and they explained their plans and ambitions for the group. It was easy to convince me, Dacia has huge potential, we can do very rational products that have the right emotions, and add lots of content. It’s a huge challenge, but this is what motivates designers, doing different things. I knew a little about the plan with Gilles, and I know Luca very well. We will do great cars, there is no other way.

Does the R5 replace the Clio?

Gilles Vidal: What do you want to create for people? Now is the time to challenge whatever exists at this point. The [R5] is not meant to replace the Clio as such, but questions about the Clio and Captur – what they stand for today and tomorrow, what kind of energy we should put inside depending on which region or country we’re talking about – this stuff changes every day. So you need to be able to adapt to whatever happens, within your global strategy. So I can’t say whether this will actually replace anything. Although the automotive industry moves at a fairly slow pace compared to many others, we need to be able to decide and pick directions as late as possible. That’s how you stay relevant.

Does the 5 revival suggest that an EV needs to trigger some sort of Proustian rush to gain serious traction? Did you consider reviving any other historic badges?

Gilles Vidal: there will be lots of electric silhouettes in the future line-up, some of which will be what you might call retro-futuristic. It’s up to me to grab one of the pieces of history and create something that has that ‘fall in love’ effect, while other parts of the full EV line-up are super original and future focused. Everything can co-exist and you can play around with your assets. But that’s an amazing asset, that sexiness, you don’t even think to compare with anything else.

Every car company is looking at the potential they have. When the world gets hard or stressful it’s a natural reflex for humans to revist good memories or think about what’s pleasurable. It’s true for every country, I think. Looking at the potential of the Renault history there’s lots there, but the 5 was the obvious choice in terms of its shapes, the memories, and also we were able to mix and match between the 5, the Supercinq and the Turbo. It was the obvious choice. That said, when it comes to EVs there will be a variety of options.

LvdA: The ambition for the 5 is for it to be the popular electric car of the future – and it really needs to be a popular car. This is where Renault is really strong. In a period where the industry is changing so much, where you risk becoming a banal company because everyone is going in the same direction… to use this richness of history and tell the stories that link people to our brand is a chance we have that others don’t. So we’re going to abuse this. For an electric vehicle to become popular, you need to be in a certain price band, and this is the biggest challenge. Reaching the biggest possible amount of customers. As to whether it should be a Renault 5, 8 or 16, I suggest you let your readers vote on it. It would make our product planning a lot easier.

What was the time-frame on the R5 Prototype?

LvdA: We cannot conceive and design a car in two months. We had the R5 in our pockets, we were just waiting for the right moment to unleash the potential. And I can happily say that when Luca saw the first ideas he jumped on it. He really looks for cars that pull your heartstrings. For him, this was a no-brainer. What’s interesting is that when I met Gilles in October for the first time in his official capacity, the first image he showed me was the Renault 5 Turbo. So maybe the planets were aligning.

How will things change on your C-segment cars?

LvdA: The silhouettes of our cars will change. Functionally the cars will grow in size, but what will stop them getting too tall is aerodynamics. Because once you’ve made a bigger car you want this bigger car to go further. A lot of the silhouettes you see on the streets today will change, and so much for the better because it gives us a chance to stand out. Of course it starts with proportion and good design but life is going to get very interesting in the years to come. You’re going to see a lot of a different animals.

Renault has toyed with luxury concept cars, but seems to be retreating from that segment. What’s the plan there?

LvdA: When it comes to the luxury question, Luca’s position is to concentrate on the vehicles that can make money for us. We have a real strength in the A and B segments, and he wants to extend the strength to the C segment, where we are relatively weak vis-à-vis our competitors. Alpine is more of a sporty brand, and to put the Dieppe factory, F1 and Renault Sport together they’re actually strong. It could become a very strong entity. But luxury isn’t where we’re expected to make money. First let’s do our homework.

Why do you need Mobilize?

LvdA: It’s different to Renault, Alpine or Dacia. It’s for people who aren’t interested in owning a car, but are interested in mobility or accessing a service, by subscription or by paying per kilometre. It’s a completely different business case, and it’s about creating an ecosystem of vehicles for future customers. The business model needs to be treated in a different way. It will be a collection of different mobility options. All the reports expect this to be big business in 10 or 15 years time. It’s a hard business case right now but if we don’t put our foot in it now we won’t make money in five or 10 years time. It’s not about cost cutting, it’s about adding value. As a designer, it adds richness to the portfolio. We’re also working on the left and right side of the brain.