James May on: tax disc holders 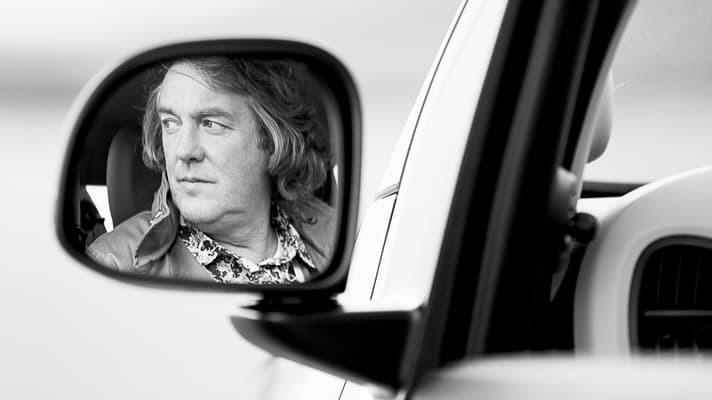 A few weeks ago, I bought an old motorcycle. It hadn't been on the road for more than a decade, at least not legally, because the faded tax disc was issued in 2002.

But when I pulled the tax-disc holder apart, I found behind that disc, in all its glorious and undimmed originality, an even earlier one, from the Seventies. Amazing. Like the Porsche 911, the design of the UK tax disc has evolved quite gently, giving the impression that it's never changed. But placing side by side two separated by 30 years reveals that it has, and quite drastically (see also the 911E vs the 996 Carrera 2).

Almost everything was different: typography, colours, use of biro rather than a printer. Only the diameter was the same. There didn't seem to be any evidence of the annoying perforations around the old disc, but the first owner may have trimmed them off with scissors. He was neurotic enough to keep the tax disc in the first place, after all.

I found this quite fascinating. Then I threw it in the bin. There's enough old crap in the world without us keeping the ephemera of fiscal admin, otherwise we really will suffocate under the weight of history. What an idiot. Me, I mean. Now that the total demise of the paper tax disc is upon us, it emerges that people actually collect these things. Apparently, they can change hands for considerable sums on eBay. I've thrown dozens away over the years, and now it turns out that what I thought were mere tax discs were actually objets d'art. I've effectively junked a minor preparatory Henri Matisse sketch. Or at least a few free nights in the pub.

Then I remembered: I still own that old red Porsche you may have seen on the telly once or twice, and with it the mahoosive and meticulous service history file compiled by the previous two owners. This includes every tax disc ever issued to the car, pasted in chronological order onto sheets of card. Obviously, I would maintain this tradition.

But I didn't, did I? I just kept slotting each new disc in the holder, in front of the one that had expired three months previously. Going upstairs with the old one to look for glue was too tedious. I'd do it one day. But, eventually, the holder looked like Richard Hammond's wallet stuck to the windscreen, and in a fit of pique I threw them all away.

Plonker. That would have been a complete set from 1984 to the end of the tax-disc era, so I'd canned a small fortune, like some witless junk-shop proprietor who finds Da Vinci's Studio di cavalli and sees it as an unfinished drawing of some bits of horses.

Still, maybe it's for the best. Since 1937, when Churchill removed the ring fence that ensured ‘road tax' was actually spent on roads, the tax disc has been an ironic rip-off that's too difficult to tear out of its paper holder. I buy them online these days, of course, but for decades buying a tax disc meant rooting around for the V5, MoT and insurance certificates and then queueing for about half an hour in a post office, staring at cheesy greetings cards and (in the case of my local post office) a dusty set of drawing instruments unsold for at least 25 years.

Look at a really old tax disc on eBay. I've just seen one from 1953, which the vendor helpfully describes as ‘expired'. The original victim may well be dead by now, and that paper circle represents a bit of his too-brief life wasted on admin. You may as well collect posters advising of buses on rail-replacement service. These things are small monuments to misery. In the bin with them. Now.

There remains only to decide what to do with the tax-disc holder. There's a case for binning that too; the annoying supposedly ‘self-adhesive' plastic thing that would be cluttering your windscreen had it not shrivelled in the sun and fallen into the footwell. Motorcyclists may be glad to be shot of the holder-on-a-stick, not least because there's never a truly convenient place to bolt it on to the bike.

But, weirdly, I feel we should keep them. Relieved of the requirement to display a tax disc, we can use them instead to exhibit comedic selfies, pictures of our pets, Agincourt salutes to parking wardens, limericks, uplifting messages to humanity, whatever we like. I see emerging a new culture of tax-disc holder repurposing.

I bought a job lot of holders a few years ago, and I have three left over. Anybody like one? They're historic. Collectors' items.