Clarkson on: the BMW M3 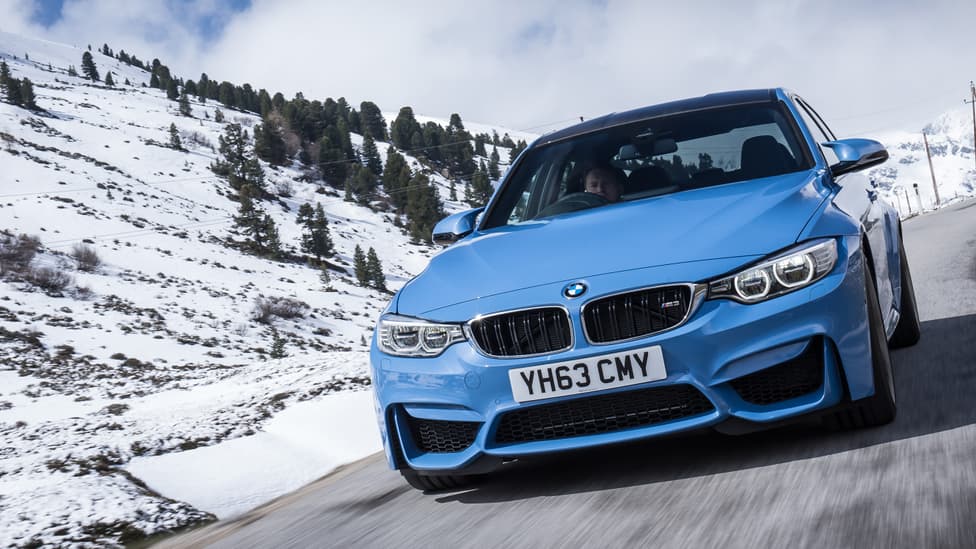 It was The Stig who first identified the problem. "The new BMW M3 is s**t," he said, apropos of nothing in particular.

I am often accused of using hyperbole to make a point, but I am a rank amateur compared with our tame racing driver. Not that he knows what the word ‘hyperbole' means. He would almost certainly think it was some kind of soup. But, whatever, every car falls into one of two categories in his book. It is either "brilliant" or it is "s**t". Unless it is a Mercedes AMG Black, a car which causes him to become priapic. And then faint.

He makes the decision on whether a car is "brilliant" or "s**t" depending entirely on what sort of diff it has and how well that diff works. You could give him a car which looked like the Ferrari 458, ran on water, cost 25p and did 200mph, but if its diff prevented him from getting the tail out a bit in the Hammerhead, he would say it was "s**t".

So I didn't pay much attention to his musings on the new M3. In fact, I drove one - actually, it was an M4, but let's not get bogged down with detail here - a few weeks later, and I thought it was pretty damn marvellous. A tad overstyled perhaps, and fitted with silly door mirrors, but fast and comfortable and extremely well balanced. The diff? Didn't even notice it.

A few weeks later, however, I was with an M4 at the Mugello racetrack in Italy. I still don't know how on earth they got permission to build such a place in Tuscany - it'd be like being allowed to build a swan-shooting centre in the Lake District - and I uncovered the flaw that his Stigness was on about.

It's not really the diff. It's the steering. In Sport Plus mode, it is far too twitchy, so that any attempt to perform a power slide - something that was as easy as breathing in the old M3 - is rewarded with a great deal of jerkiness to start with and a lot of tight-buttocked fishtailing when it was over. In Comfort mode, the steering is better, but it's still not right. And an M3, or 4, with steering that's not right? That's like saying a ballet dancer is not right because she has concrete blocks where her feet should be.

There's a very good reason for the problem. It's the same reason that the engine has only six cylinders rather than eight. The Polar bear. To stop his house floating away and crashing into a luxury liner, we are told that cars need to produce fewer carbon dioxides. That means smaller, turbocharged engines. And steering that's powered by the battery, not hydraulics.

It's sad, really, but at the end of the day we can't moan too much because despite the smaller engine, the new M3 is faster than the last model. And that steering? Well, it means that power slides are tricky, but in the real world where there are policemen and shrubberies, who cares if your car is hard to gather up after a 400-yard drift? Because, by and large, the M3 is magnificent. I like it a very lot.

But do I like it as much as the new i8? There has been no subtle nod to the plight of the Polar bear here. This is a car that strides manfully up to his igloo, pops its head round the door and says in a Greenpeacey way: "Hi, I'm here to help."

It is built to be light, and to do 130mpg. It has a small three-cylinder engine, such as you would find in a food blender or a vacuum cleaner. And as a result, it is exactly the sort of car that should be treated by TopGear as the devil. It is what we fear the world is coming to.

And yet, behind all the holier than thou, clean 'n' green hype, this is a car with a carbon-fibre tub. It's a car that will hold a candle on the racetrack to the Porsche 911 and the new Corvette - don't laugh, that's a good car.

When Toyota first showed the world that hybrid drive was possible, they dressed up the technology in the Prius. An anti-car, designed to show specifically that its owner is not interested in motoring at all. It was for people who needed wheels. Not people who wanted them.

McLaren changed the way we think. It showed with the P1 that hybrid drive doesn't have to be dreary. It showedthat a petrol engine and an electric motor working in harmony can be just about the most exciting and alluring combination since Paul Newman and Robert Redford came together to be Butch and Sundance.

And now BMW has offered us that same sense of air punching yes-ness for around a tenth of the price of the McLaren. Trust me on this. The i8 is a car you're really going to want.

It looks unusual and odd and it's all slightly overwhelming when you climb inside for the first time. There are read-outs and buttons that you don't understand. It's like switching from an iPhone to a Nokia. You have a craving to run home to Mummy, but there's no need to be frightened because you can drive an i8 in exactly the same way you drive any other car.

You have a steering wheel, a brake pedal and a throttle. You put the gearlever in drive and apart from the fact there is no noise when you push the starter button, it feels pretty much the same as whatever you're driving now.

Not exactly the same, though. It actually feels lighter, sharper, more responsive. It feels alive and exciting. And if you push the gearlever to the other side of the gate to engage Sport mode, it feels fast. Really fast.

On a twisting country lane, it just flew, slicing with no roll from corner to corner as though it was a bird of prey. I knew, of course, that the petrol engine was driving one set of wheels and the electric motor was driving the other. I knew, too, there was a third, chiming in to give a little extra boost as the forced induction woke up.

I knew, too, there were computers deciding when all of this happened but, from where I was sitting, it felt intuitive. It felt absolutely right. It felt magnificent.

And so, we arrive at an interesting question. Given the choice, which one would I buy: a car from the past or a car for the future?

Sitting here, today, I don't know. So to find out, I'm going to do an experiment. Next week, I'm going to drive an i8 to - oh, I don't know, let's say Whitby - where a new M3 will be waiting. And then I shall choose which one I shall use for the drive back to London.

You will see the film, and the result, in the next series of TopGear which will be screened when we've finished making it.