Clarkson on: the Cool Wall 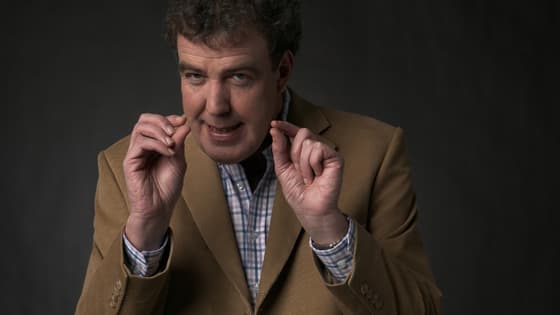 The easiest way to make a fortune is to pick a small rural market town with lots of outlying villages and start a taxi firm.

I live in the perfect place - Chipping Norton - and, let me tell you, it is nearly impossible to move around out here. Obviously, I wouldn't dream of using a bus even if there was one, and even if it was going in my direction. But there isn't, so that's that.

Christmas has been interesting. We get invited to lots of dull parties and the only way to get through them is to get drunk. That's fine, but how can we then get home again?

There's only one taxi and it's booked up now until November. What's more, because he has a monopoly he can charge £100 to go five miles. What are you going to do? Pay or walk?

You would imagine that the taxi driver in question has a Maybach, with a new Rolls-Royce on order. But, no. He has a Citroen C5 and he was interested in what I thought of it. "Well, it's rubbish," I said.

"I'm thinking of changing it for a Skoda Superb," he added. "What do you think?"

Well I suppose if I were in Kingham St Michael at 3.00am and I was drunk, the back of a Superb would live up to its name. Certainly, there's plenty of room to be sick back there. But in the morning, I'd be sober and it would still be a Skoda.

He didn't get it. So far as he's concerned, £15,000 for an elongated VW Passat is great value. Plus you get VW build quality, VW engines and, apparently, good service from the dealer. Great, but where's the coolness, man?

This is why I came up with the Top Gear Cool Wall. It started out as a bit of fun, a device to explain why the Chrysler PT Cruiser and VW Beetle are ‘so last week' but it seemed to strike a chord. Seven days after it was shown for the first time on television, we'd had 20,000 e-mails about it. (To put that in perspective, all the gardening programmes put together only get 800 e-mails a week.)

I'm sorry to say I have not had chance to read all the messages - in the time it took to read one, 40 more arrived - but one thing was clear. One man's cool car is another man's hot potato. No-one agrees on anything.

So let me explain the rules. A car can be cool even if it is horrid to drive and wilfully ugly to behold. The Audi A2 is a classic case in point. This is a dreadful car in every way, but there's something about it which marks the driver out as being a little bit separate, a little bit stylish.

Similarly, a car that's wonderful to drive and built with Japanese precision can be hopelessly uncool. The Nissan Skyline GTR stands out here. Why? Well that's where my Kristen Scott Thomas litmus test comes in. She's possibly the coolest actress around. British-born, public-school educated, she lives in a Paris and has a French attitude to nudity.

"One man's cool car is another man's hot potato. No-one agrees on anything"

Now I don't know, but I'd imagine she isn't terribly interested in cars and as a result, she'd find the Skyline daft. No, really. What would you say if she asked why it had a meter to show how much ‘g' you were generating in the bends. Answer that and try to sound cool. See? It can't be done.

Which brings me on to the Ferrari 360. It's uncool. Why? Well, think about it. Have you ever seen one being driven by someone you'd have round for dinner? In London, they all look like Albanian mafia and up north they look like they own carpet shops in Dewsbury.

But at the other end of the Fiat spectrum, the Punto is super cool. Icy cool. And it's the same with all small European hatchbacks. The Peugeot 206, the Golf, the Clio, the C3 and the Ibiza; they're all freezing. And yet the Fiesta and the Corsa are not. The Europeans are like the coffee you get at Caffè Nero. The Ford and Vauxhall are like the coffee you get at Starbucks. And there's a big, big difference. Then there's the new Nissan Micra. Oh, dear.

Moving up a notch, all mid-range four-door saloons are uncool. A Vectra or a BMW 5-Series, a Mondeo or an Audi A4, all medium-sized saloon cars, with the possible exception of the Saab 9-3, suggest you're more interested in practicality than style. End of story.

Coupes? Everyone's saying the Nissan 350Z is hot and they're absolutely right, it is. Boiling. All Japanese coupes are uncool. In fact, there are only two cool coupes that spring to mind: the Peugeot 406 and the Alfa GTV. The TT was cool for 10 minutes but now they are far too common and as a result, it's gone.

Other cars we need to dismiss at this point include all MPVs, all BMWs (except the new Z4), all Mercs (including the SL55), all diesels and all TVRs. Funnily enough, the Porsche 911 is cool. It wasn't in the Eighties when it was all stripy shirts and braces. But now the image is repaired and it's almost up there with the Aston Martin Vanquish, which could give a man frost bite at 400 paces.

It, along with the Land Rover Defender, the new Mini and the Renault Avantime are, in fact, the only cars that sit in my ‘sub-zero' section on the Cool Wall.

There is another car that could get into this section - providing it's driven by the right sort of person. The Mitsubishi Evo VII. What do you need to make this cool? Simple. Breasts.

Sit down, Subaru Impreza fans. Sorry. You could have tits like Zeppelins and it's still not coming in. It's a great car, the Impreza, but it's not cool.

At the top of the tree, it's almost impossible to be cool. As well as all BMWs and the Ferrari 360, the Lamborghini Murciélago is also down there with the Beetle. And if you turned up at Kristin's house with a Zonda, she'd hide in the wardrobe. You're much better off using a Volvo V70 estate, mainly because that's what she actually uses herself.

Jaguars have an air of coolness about them. Not the X- or S-Types, obviously, but the XJ has a certain something and so does the XK. But for super coolness at the top of the tree, you're hard pressed to beat the Range Rover, which has performed a 911-style turnaround.

Perhaps the only way to be more uncool is to start up a taxi firm in a rural market town.