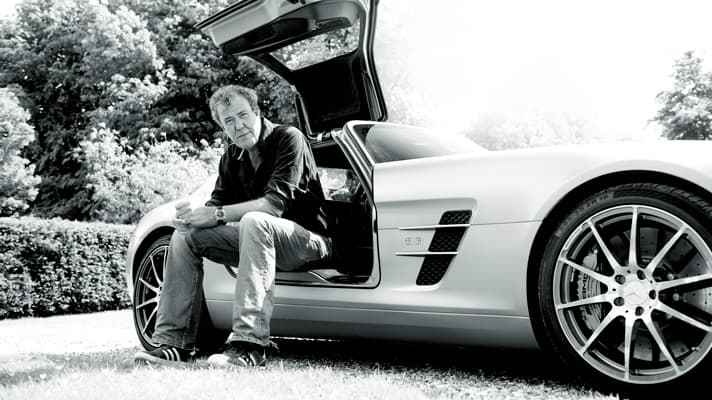 Just a few years ago, experts decided that petrol was fundamentally evil, and that using it to fuel the engine in your car was about the same as running round a town centre in a polar bear suit, stamping on baby bats and shooting passers-by.

As a result, many people decided to sell their petrol-powered car and buy a diesel instead. There were some sacrifices, of course. There was a bit of clatter on start-up and power was lacking at the top end, but, on the upside, trips to the pumps were less frequent, annual running costs were down and, best of all, the Arctic was full once more of smiling polar bears, rolling in the snow and playing with their cublets.

But now, the very same experts who told us to switch to diesel are saying that it is, in fact, the fuel of Lucifer and that anyone who uses it in their car is guilty of murder. "Murder, d'you hear?"

They say that if you stand on a street corner on a sunny day and watch a diesel-powered vehicle pull away, you can see a haze, and that this haze is made up of unburnt particulates which will work their way into our children's lungs and kill them. They say diesel soot will also cause deformities and death, and that walking down Oxford Street is the same as smoking a thousand cigarettes an hour for two hundred years.

Sensible motor-industry bods point out that a hundred modern diesel cars produce the same amount of polluting elements as just one that was made in the Seventies. They say that modern cars have filters which capture 99 per cent of all particulates and that nitrogen oxide (NOX) emissions from cars were reduced by a whopping 81 per cent between 1990 and 2010.

They say, quite rightly, that science and maths are solving the problem, but it's no good. These rational arguments are being drowned out by the hysteria of the experts who are whizzing about, waving their arms in the air and shouting "child killer" at anyone who works for a car firm.

They say that taking your children to school in a reasonably priced and eminently sensible Vauxhall Astra diesel, is actually more reprehensible than launching a drone attack on a wedding party.

And guess what? The politicians are now saying that the tax on diesel must be raised. They say that it's currently set at the same level as petrol and that this must end. They say that it should be a million pounds a litre. And that anyone who asks for it must be stabbed.

And there's more. Boris Johnson argues that because London keeps breaking pollution barriers laid down by the EU, he will double the Congestion Charge for diesel vehicles by 2020. Other cities are said to be considering similar schemes. This will then raise revenue that can be spent on computer systems for the NHS that don't work, and trams that go nowhere and unjust wars and more climate experts who can disagree with the last lot.

But where does it leave you and me? We bought diesels because we were told that this was the good and correct thing to do. And now we are being told that unless we sell them, our children will be taken away for medical experiments.

So we do as we are told and we sell them... and then what? We buy a petrol car? "Nooooooooo," shriek the experts. "Were you not listening first time around? Think of the polar bears and the South Sea tribes."

So, what then? Doubtless, the experts would say that you must buy an electric car and there are even big government grants for anyone who does just that. But I'll warn you here and now that, after a lot of people have bought a BMW i3 or a Nissan Leaf or a Mitsubishi PHEV, we will be told loudly that Britain simply doesn't have the ability to generate enough power to charge them all up. Boris Johnson is saying that even now, London is facing the very real threat of black- or brownouts.

The solution, of course, is to build more power stations, but what should they run on? Coal? Nooooooo. Oil? Really nooooo. Nuclear? Aaaaargh. Wind? Really? You think you can charge up 28 million cars and 28 million phones and 28 million laptops using nothing but wind. You're deluded. And that's before you get to Mr and Mrs Nimby of Surrey who've heard that windmills make dogs go mad and will therefore be doing their damnedest to make sure none are built anywhere near where they live.

This is the trouble with the whole debate. You have governments imposing taxes based on the evidence of loony experts who want us to go back to the dark ages. You have Nimbyism. You have hysteria and madness, and there's no joined-up thinking. Nobody is saying: "Look. People have to move about. They have to have cars. So what do we want them to use to power those cars?" At present, the answer seems to be "Er..."

Once again, then, it falls to me to be the still, small voice of calm and reason.

So, here goes. Diesel cars are not really the problem. A modern BMW does not trail a sooty haze in its wake. Its exhaust fumes are much like the stuff that comes out of James May's bottom after a heavy night: unpleasant but it won't cause you to grow another leg.

The problem is trucks. But nobody is driving around in a lorry for fun. The nation's artics are delivering buns and fruit to the shops, and if you increase the tax their owners have to pay for diesel, then you will send prices on the shelves through the roof. Bad idea.

So we shouldn't increase the tax burden on cars, because they're not the problem. And we can't increase it on trucks because that would cause inflation.

We must therefore look at what else sends lashings of hot soot into the lungs of our children. And it strikes me there are two things we can do without. The first is buses. So we get rid of those with immediate effect. And then we must have a look at patio-heaters.

Environmentally speaking, they are a menace, but they are currently necessary because people are forced to stand outside pubs and restaurants every time they want a cigarette. This, then, is how we can tackle the issue of pollutants. Don't double the Congestion Charge. Don't increase the tax on diesel. Simply reverse the smoking ban and allow people to have a cigarette indoors.