Clarkson on: the Ford Scorpio 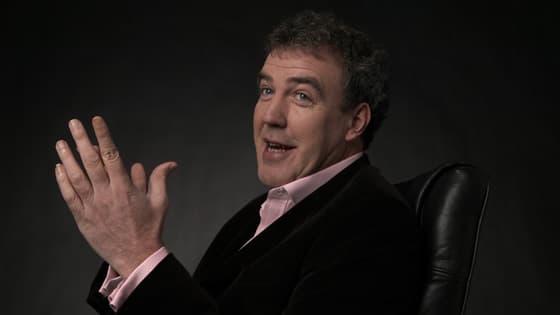 By the time you read this, Telly Towers will be a Volvo-free zone. Yup, after a year of white water rafting behind the wheel of two 850s - a T5 and a bright red R with a dashboard by Ikea - the time has come to try something else.

Now, when I test a car I usually drive it around for a week, during which time I notice small problems, but it's hard to know whether, in the longer run, they could drive you mad.

The door handles on a Citroen AX, for instance, are no big deal for seven days. But having to use them every day for a year is worse than being strapped to a bed of nails with a tap dripping constantly on your forehead.

Well in the 850, the seat belt buckle tends to rattle against the B pillar but that's easily solved by tugging it down a bit. Oh, and I could have done with a bit more horseradish in the steering system -- after a spell in the Jag, the Volvo felt just a touch too gay; like shaking hands with a cod.

As far as mechanical maladies are concerned, both cars were trouble free, though the R did require one baffling trip to the hospital. In the bitterest bit of Arctic winter, I turned on the engine and heater while I shovelled a path through the snow. It was so cold that birds were frozen in mid-flight. There was so much snow, it didn't melt until July 14th. I'm talking so cold that the windscreen cracked... and I find that odd in a car that's actually from the Arctic. Well, near it anyway.

Servicing added up to the princely sum of £50 and fuel consumption averaged out at 24mpg for the T5 and 23 for the R. On that basis alone I prefer the T5 - no I really do; the R's extra 25 horsepower rarely makes itself felt, and is certainly not worth an extra £10,000.

Given the choice of all the large estate cars on the market today, I'd buy a T5 because it's fast, safe, practical, good value and - slightly woolly steering aside - damn good fun.

But, like I said, the time has come for something else; something which may shock you, something that will certainly frighten my kids. I've gone for a Scorpio.

'There’s no escaping that loopy face, a face that its parents don’t seem to like either"

Because it's an estate, it doesn't have the dreary rear end, but there's no escaping that loopy face, a face that its parents don't seem to like either.

My spies tell me that Ford senior management only realised what an ugly car was about to be foisted on the world when it was too late for anything to be done. Today, those same spies say no-one at Ford will stick their hand up and say:"Yes, I did the Scorpio. It's my baby".

I wonder if Monsieur and Madame Depardieu were reluctant to admit that Gerard was their son. "Nope, he's not ours. Never seen him before. I think the dustmen left him." But he went on to stardom because behindthat bent nose, he had talent.

And so does the Scorpio. Peel away those village idiot features and you'll find a seriously good car. The 2.9-litre, 24-valve Cosworth engine I'm having develops 204bhp, which is enough to give the car warp drive capabilities.

Its 135mph maximum is aided by the fact that all the air has been frightened out of its way long before the nose ever gets there. This is as close as you'll get to friction-free motoring.

Wider tyres fitted to the top model spoil the effect but help the handling. However, as this is a family car, there's no point trying to take corners quickly or you end up with a tape in the ashtray and a pram in your ear.

The toys, though, are something else. For a price of £28,000 it comes with just about everything from a CD player and air con to a centre rear armrest that turns into a ski jump. If you open the glovebox, there's a quail farm to make sure you have a handy supply of eggs. And in addition to cup holders, there are receptacles for pinches of celery salt, into which the eggs can be dipped.

If you're prepared to do without much in the way of badge prestige, Ford - and Vauxhall for that matter - offer packages which put Toys R Us in the shade.

I'll be able to report how many of the toys still work, what the servicing costs were and what it was like to live with when Ford take it away again in a year's time.

But one thing is for sure. You can be assured I'll park it nose on to the garage wall every night.