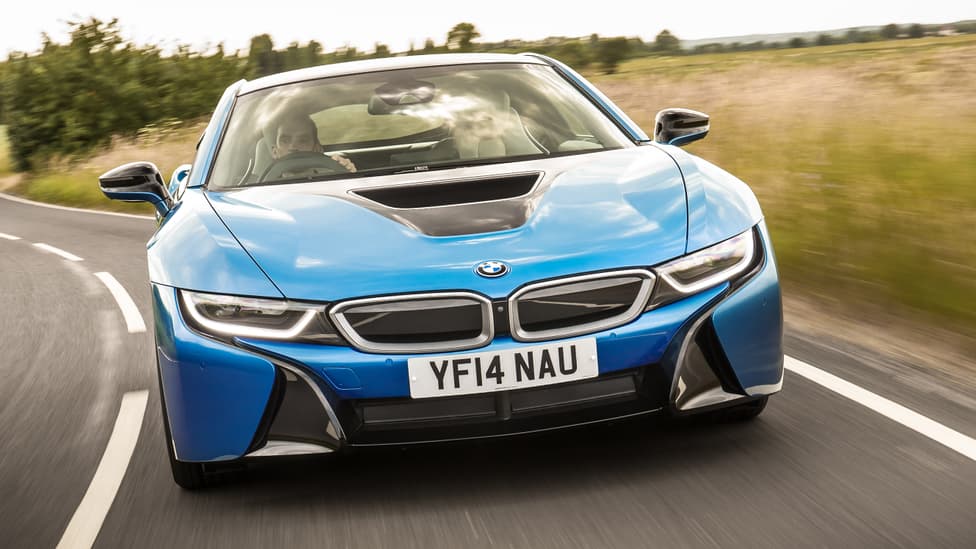 Oooh, it's happening quickly. Five minutes ago, hybrids were for stupid people who thought that driving a car with two engines would help to preserve the world's resources. And electric cars were for the terminally idiotic.

No, really. They were. I once staged a head-on crash between a G-Wiz and a kitchen table, and the table came off best. And what's the point of driving a car that makes the world a better place, if you're not going to be around to enjoy it?

But that was then and this is now, and everything is very different. The two best supercars ever made are hybrids, the BMW i8 is leaving all who drive it slack-jawed with admiration, and on the electric-only front, we've gone from the G-Wiz to the i3 in one move. Which is a bit like Orville and Wilbur Wright landing at Kitty Hawk and saying: "OK. That sort of works. Now let's build an F14."

The good old-fashioned internal combustion engine is being eclipsed at an astonishing rate, and sitting around lamenting its demise puts me in mind of Neil Young endlessly moaning about the death of vinyl and how digital sound doesn't have quite the same richness. That may be true, but you can't scratch the songs on your iPod.

It was convenience that killed off the LP, and yet more convenience that heralded the demise - in about a month - of the CD. Because when a better idea comes along, it's incredible how quickly it takes off. One minute, you had a phone on your hall table. The next, you didn't. Because it was in your pocket, or on your wrist.

This is what's happening in the world of cars. Because how much time do you need exactly to choose between a Porsche 911 and a BMW i8? You learn that one needs a gallon of fuel to do 20 miles. And the other needs a gallon to do 134 miles, and you make your mind up immediately. Unless you are a raving lunatic.

And let's not forget, shall we, that the i8 is a first-generation performance hybrid. It is the equivalent of those early mobile phones and early green-screen home computers. So if the pace of change is as fast, imagine how good cars like this will be in five years' time.

And imagine what else, apart from the motor, will be powered and run by electricity. Already, it is used to handle the steering and to find the most efficient route and to avoid crashing into the car in front. It's used to keep you in your lane while you're sending a text, and to turn on the lights when it goes dark and to move your seat about.

And I'm not talking about expensive cars here, either. All of this stuff is available right now on common-or-garden hatchbacks. I have an Audi S1 on test now, and it's a forest of electro-cleverness in there.

And yet. It is still fitted with a manual gearbox. So was the brand-new Corvette I tested recently. And so are various Astons.

Don't you find this strange? We live in a world where the auto industry is capable of making cars that won't crash and will do 134mpg. And yet it is still making manual gearboxes. Which is a bit like living in a high-tech flat and using candles to find the loo.

Now I will admit that, when I'm at a track, I spit tacks and use bad words when a car refuses to engage the gear I've selected on its flappy-paddle system. I know why, of course; because if you ask for second when you are doing 70mph, you will blow the engine to smithereens. But it's my engine, and if I want to blow it up, then why should I be prevented by an electronic nanny?

It's much better to have a manual when you are driving on a track for fun. Because then you are in charge and you have more control. But at all other times, a car with a manual gearbox is like a television with no remote control. A damn nuisance.

Speed is one thing. A while back, Richard Hammond and I had a bit of a drag race - with police permission, I should add, in case the Daily Mail is reading this - on a Romanian motorway. He was in a Ferrari California with a double-clutch flappy-paddle gearbox. I was in an Aston Martin DBS with manual. Both cars accelerated at exactly the same rate, but every time I changed gear, I would drop back about 10 feet. His changes were seamless. Mine weren't. Mine couldn't be.

Then there's traffic. It's always bad to be caught up in a slow-moving jam, but when I am in a car with a manual 'box, I am tempted sometimes to get out and kill myself. Because constantly balancing the clutch pedal is wearisome and painful. It's like being in a gym. And nobody in their right mind would choose to visit one of those.

Country roads? Town? Car parks? I can think of no place in the real world when a manual gearbox is better than a modern paddle-operated manual or a smooth-shifting auto. And yet, in cheaper cars, there seems to be no appetite to make a change.

Money is one reason, of course: double-clutch systems are expensive. But so is fuel injection. And that's never cited as a reason by anyone for launching a car these days with twin-choke Webers.

Flappy-paddle 'boxes were lamentable when they first came out. They were jerky and imprecise, and you could never parallel park on a hill. But now they are smooth and there's some inbuilt creep, and they are wondrous. And so surely, it is time to wave goodbye to the manual.

Oh, I know there will be some snuffly noses and damp handkerchiefs from the purists. But look at it this way: when we are all driving hybrid cars that can find their way around by themselves and sipping fuel in the same way that a vicar sips his tea at an old lady's funeral, there's nothing to stop people who crave the past driving a big V8 with a manual 'box and a longwave radio.

In the same way that today the horse is completely useless. You can't even eat it. But the countryside is full every weekend with people using them just for fun.