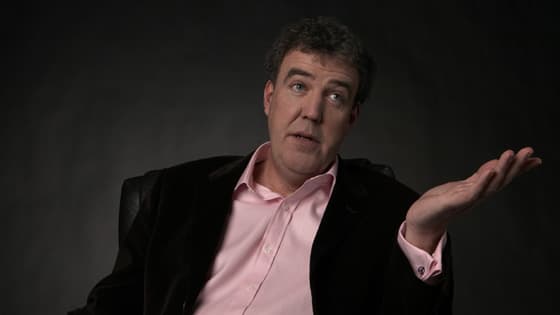 I have just two words for those who argue that beauty is in the eye of the beholder. Jade. And Goody.

As I write, she’s on the front of the newspapers again. Don’t know what it is this time. I think she’s attempted to run a marathon without having done any training. But it might have something to do with the £500,000 she lost recently. Maybe she ate it.

Whatever, of all of the planet’s six billion beholders, I bet you’d struggle to find a single one who, upon being shown a picture of Ms Goody, would say, “Ooh, I fancy a game of hide the sausage with that”.

It’s much the same story with Cherie Blair. Doubtless Tony saw something there when he fell to one knee and proposed but whatever it was, it sure as hell had nothing to do with aesthetics. We’re told she spent £7,000 on hairdressing in the run-up to the last general election. It didn’t make any difference. What she needs is a two-foot fringe.

Beauty then, is not in the eye of the beholder. It’s a universal truism that Jade Goody’s a moose and a global fact that Cherie’s mouth is more frightening than a wormhole in space. Think about it. All of us prefer the look of a leopard to the look of a snake.A flower is prettier than a wolf. Stow-on-the-Wold is more pleasing to the eye than Los Angeles.

This means, therefore, that beauty isn’t just random or a question of opinion. It has to be an entity which can be defined and described by science.

Certainly, there’s an appeal in the overall look of a Chevrolet Corvette. You may say the Seventies Stingray, especially the version with a large eagle on the bonnet, is perhaps a little tacky but you cannot deny that like all ’Vettes, it has a definite rightness to its proportions.

I was told once, by a designer who worked on the Rolls-Royce Phantom, that if a car is to look right, it should be exactly twice as tall as the height of its wheels. I’ve also been told that the ‘hump’ in the rear wing should always be forward of the rear axle. I’ve been told lots of things which would indicate that in cars, beauty is certainly not in the eye of the beholder; that it is most definitely a tried and tested formula.

But then I’ve also been told that Japanese people look at cars in a completely different way. Here in the West, we look at the whole, whereas in the East, they see the shape as several different components, all of which have to be looked at separately.

That’s why, to Western eyes, a higgledy piggledy Japanese newspaper is an impenetrable maze of nonsense. But that isn’t the case if you look at one story, then the next, and then the next. It only becomes a problem if you see the page as a whole.

So maybe, the Japanese think the Corvette is more revolting than the baboon that arrived in Jeff Goldblum’s teleporter, inside out.

I doubt it. Even if you examine each small area independently, you struggle to find one bit that’s awkward or ungainly. Ferrari has made some ugly cars in its time. And even the good ones have had some wonky angles. But in 50 years, there hasn’t been one square inch of a Corvette that anyone would describe as even slightly odd. Quite an achievement.

Strangely, this brings us on to Uma Thurman. She’s so beautiful that every time she makes a film, I buy it. And this means I have a very large collection of rubbish DVDs in my cupboard.

And so it goes with the ’Vette. I’ve driven most of the models over the years and nearly all of them have fallen into one of two categories: terrible or Oh My God It’s Still Moving.

The Seventies version came with a steering wheel which did not seem to be connected, even loosely, to the front wheels. And a huge engine, which made a lot of noise but was not connected in any discernible way, to the back wheels.

Many people are drawn to this car’s predecessor, the split-screen Stingray. I can see why, it looks good, a point you’ll undoubtedly note as you career through the windscreen and then through the Pearly Gates. I’m pretty certain the model I drove had no brakes at all.

I’ve only ever driven two Corvettes that weren’t terrible or Oh My God It’s Still Moving. One was a Sixties convertible which was just ‘nasty’ and one was the current C6 which is actually quite good fun.

That’s why I was genuinely looking forward to the Z06, which is, to the C6, what the BMW CSL is to the old M3: a lowered, lightened, hardened, pumped-up, puffed out quasi-racer version.

As a whole, it’s just as much of a looker as any other Corvette, but there are details for the Japanese to note as well. Small flaps on the front wheelarches to improve downforce, a bigger mouth for better engine cooling and little butterflies in the exhaust to provide yet more sound.

There’s some engineering in there too. There’s an aloominum space frame, built around a balsawood core. There’s carbon fibre in the bodywork and a magnesium cradle for the small block, seven-litre V8. Here then seemed to be a Corvette which was rather more than Uma Thurman in The Truth About Cats and Dogs. This looked like it was going to be a serious rival for, dare I say it, the Ferrari 575. It looked like it might even be Kill Bill II.

Chevrolet said it was not only a track-tuned fire breather, but also a ‘daily driver’. The sort of thing you can use for going to the shops.

Chevvy is wrong. Because even if you ignore the sheer size of the thing, and the fact it’s only available in left-hand drive, there are a couple of features that render it useless on an everyday basis. Like the roar from the tyres, which would scare even a were-lion.

Interestingly, the Z06 runs on Goodyear Eagles which appear to be the same as those fitted to my Ford GT. But they’re completely different apparently. And plainly the ’Vette has no sound insulation.

Then there’s the ride. Despite the titanium this and the magnesium that, it runs on leaf springs. Which have all the give of Iran’s foreign policy. Run over a pothole and it feels like a nuclear bomb has gone off in your head. Frankly, it’s a blessed release from the tyre roar.