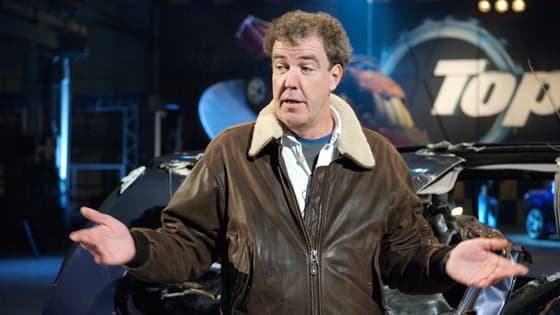 Back in the late Seventies and early Eighties, the world's fresh-air fanatics decided the exhaust gases coming out of the world's cars were causing children in Birmingham to grow two heads. And all of science was in agreement that Something Must Be Done.

At the time, I suggested moving Birmingham away from the M6 and the M5, possibly to the Falklands, but this was deemed "a bit stupid".

The obvious solution was the catalytic converter. Designed in 1950 by a Frenchman and made to work in 1973 by an American, it was quite expensive, but it did the job. Nitrogen oxides were converted to nitrogen and oxygen. Carbon monoxide was converted to carbon dioxide and hydrocarbons were executed. Lovely.

The only people who opposed the introduction of catalytic converters were 1) old men with chunky jumpers and classic cars, who thought that because cat-equipped cars could only run on unleaded petrol, pretty soon, they wouldn't be able to buy the leaded fuel their TR3s needed to operate. And 2) the Prime Minister, Mrs Thatcher.

The Maggon did a lot of jumping up and down and waving her handbag in the air about cats. She thought they were the work of the devil and kept banging on about their one big drawback. They dramatically increase the amount of CO2 coming out of the tail pipe. Carbon dioxide, according to the Maggon, was a bad thing but no one else could see what she was on about and dismissed her objections as the rantings of a mad woman.

Certainly, they had no idea why she was so keen on the only real alternative to the catalytic converter - lean-burn technology. "You are not only a mad woman", they said, "but also you are a grocer's daughter with bouffant hair so how can you possibly know anything about engines."

"Oh do stop going on about CO2, you demented bat" said the world's fresh-air fanatics.

But still she wouldn't shut up. In 1988, she addressed the Royal Society on the need for science to find alternatives to fossil fuels "Even though this kind of action may cost a lot, I believe it to be money well and necessarily spent because the health of the economy and the health of our environment are totally dependent on each other."

Then, two years later at a science conference, she was at it again, worrying - long before anyone else in politics - that carbon dioxide was going to be a problem. "The need for more research should not be an excuse for delaying much-needed action now. There is already a clear case for precautionary action at an international level"

At the time, most people thought she was simply trying to kill off the mining industry and its one-man carbon fountain - Arthur Scargill. But the fact is this: Mrs Thatcher had seen the evidence back in the late Seventies when she came to power, and she had a degree in chemistry so she knew what it all meant. Mrs Thatcher, then, was Britain's first eco-mentalist. The first person to recognise the concept of climate change. The first to try to do something about it.

Of course, no one listened. America liked catalytic converters because they were a quick fix. But they weren't alone. Everyone liked cats. So that's what we got and, as a result, the amount of carbon dioxide being produced by the world's car pool shot up. And now, of course, the world is busy trying to get rid of it.

Hybrids are seen as the solution, because hybrids are a quick fix too. Everyone likes hybrids. And as a result - trust me on this - history is poised to repeat itself, because soon everyone will realise we went down the wrong road. Again.

Hybrids need oil to work. And if you burn oil, you will create problems, chief among which, I believe, is this: the oil will run out.

We keep being told that BP has found three billion barrels in the Gulf of Mexico and that underneath Canada's prairies, there is enough oil mixed with sand to keep us all going. But for how long? Some say it'll start to run out in 25 years. But even if it's a hundred, we cannot relax because a hundred years is a bit like a nano second.

What happened, for instance, in the 17th century? Well, British troops captured New Amsterdam and renamed it New York, a man called Rembrandt painted himself, London had a bit of a fire and a King of England's head came off. So you see what I mean. A hundred years is a blink. In a school history lesson, they get through a hundred years in 45 minutes.

It is therefore imperative that the world turns its attention to an alternative for oil. Now. That - and there's no argument on this - means hydrogen. And it is equally important that the car makers drop their headlong rush for hybrids because if they don't, not one of them will still be around to capitalise on the bright new dawn when it comes.

I see this month that the company which makes Ladas has laid off 30,000 employees, and that the remaining 72,000 spend most of their time at work playing dominoes and organising Herculean drinking competitions. We know that Vauxhall's future is not secure, that Saab is clinging to life by its fingernails and that Aston Martin's financial backers in Kuwait "are doing well". Which is finance speak for "are in shit up to their foreheads."

Some car companies are managing, just, to keep their heads above water in these difficult times, but all of them are putting all of their eggs in one basket... bloody hybrids.

You have BMW saying that current supercars are too militaristic and that people want a softer, more caring car these days. What people? Not me, that's for sure. And not you either. And not the hoards of Top Gear fans I met in Romania this month who, so far as I can tell, would sleep with a fat middle-aged man just for the chance to sit in an Aston Martin. One man, in a thin white nylon trouser suit, got within six feet of the DBS and, I'm not kidding, started to become erect. In the presence of a Prius, he'd have been Mr Floppy.

Then you have Rolls and Porsche, and Volvo and Saab and Toyota and Mahindra, and Kia and Hyundai and Peugeot and Fiat and Ford and GM and Honda all spending fortunes on the next generation of petrol hybrids and diesel hybrids and plug-in hybrids, all of which meet a fleeting need now, in the same way that cats met a fleeting need 30 years ago. But they aren't the answer.

The trouble is, of course, human beings never learn from their mistakes of the past. We're like insects, endlessly banging our heads on the window in the hope that this time, the glass will have gone. Remember that if you feel tempted to buy a Prius. What you're being, is a moth.