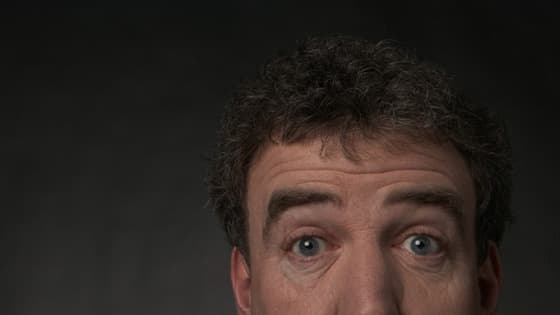 She’s sitting on a sofa, a fag in one hand and an overflowing ashtray perched on one knee. Her stomach is huge. And in the next room, we see her mother, smoking a little smack and telling reporters that she’s very proud. No dear, that’s the wrong word. You’re not proud. You’re a stupid waste of the world’s resources.

And she’s not alone. In fact, I am becoming increasingly concerned with the sheer number of properly idiotic people who call Britain home.

Last year, toward the end of an all-weekend open-air gig, I went to the portable lavatories in the VIP enclosure. You know the sort. Blue water, a dead flower and lots of powder on all the shelving. Anyway, they were immaculate.

This was not the case with the bogs provided outside the VIP enclosure. They were in a total state. Piss on the floor, shit on the walls, entire bog rolls unravelled and stuffed down the pan. Now come on. How hard is it to use a lavatory? And how thick do you have to be to get it wrong?

You see this kind of thing at motorway service stations as well. I had cause to visit one the other day and it was extraordinary. Even the Polish lorry drivers in there were standing, hands on hips, wondering exactly how anyone had managed to get crap on the ceiling. Not even cows can do that.

These were people who had grown up under the hammer of communism. They’d had to queue for bread, knowing that just a few hundred miles away in the west, people were buying Hovis to feed to the birds. I wonder how they would have felt if they had known we couldn’t go for a piss without getting it into someone’s eye.

And here’s the thing. All these people – mothers of pregnant 11-year olds, van drivers who are confused by plumbing – are all eligible to do jury service.

I spoke yesterday to a friend who had sat through the trial of a chap who had come from Lagos with a suitcase full of cocaine. He’d told police that he had no idea what was in the bag, only that he had been asked to deliver it to a house in central London – a house which turned out, surprise, surprise, to be empty when it was raided.

Plainly, the man was guilty. Anyone with half a brain could see that. But unfortunately, half the jury didn’t have half a brain. Most, apparently, didn’t have a brain at all. Two couldn’t read the card saying they understood what was going on, one woman said that no matter what, she couldn’t find a fellow black person guilty of anything, and another two said they weren’t that bothered which way the vote went, so long as they could go home. To piss all over the bathroom floor, probably.

As a result, the drug smuggler walked free.

Now, as I understand it, there are certain conditions that have to be met before you can do jury service. One of them is that you must have a sound mind. This was included in the rules to prevent window lickers from turning up in jock straps and army boots and making dolphin noises throughout the proceedings.

You can’t have someone decide your fate if he thinks he’s a Cylon from Battlestar Gallactica. Fine. Good. But can you have your fate decided by someone who’s proud of her chain-smoking, pregnant, 11-year-old daughter? Or someone who is confused by lavatory paper?

I spoke the other day with someone who said he didn’t like fish. What, all fish? Fish in batter? Fish with chips? Prawns, cod, sea bass, trout, smoked salmon? What he means is, I have never tried fish. Because my parents were too stupid to buy it.

And get this. On a Radio 2 quiz the other day, a contestant was asked what happens to water at 32 on the Fahrenheit scale. After much umming and aahing, she said confidently, “It melts”.

Now here’s a woman who’s allowed to do jury service, to have a say in who runs the country. And she thinks water melts when it gets a bit nippy.

We’ve all encountered gormlessness on an industrial scale, people who fill up with fuel while smoking, people who drop litter, people who breathe through their mouths and drag their knuckles on the ground. People who could out-Forrest Forrest Gump. And here’s what I’ve been thinking. Are they as intelligent as the average dog?

So would you let a dog drive a car?

Of course you wouldn’t. While they’re bright enough to sniff out foxes, and sit still for long periods of time, and not to smoke when pregnant, you wouldn’t ask a spaniel to pop into town for your groceries.

So why do we let stupid people have driving licences? Seriously, if you cannot be trusted to get your faeces into a bowl which is at least 50 times bigger than your anus, then why should you be allowed to try and steer a six-foot-wide car at 60 or 70mph, just inches from other people.

The only conclusion we can draw from this is that the drivers in question were as stupid as a field full of bees, as daft as a brush. Perhaps they couldn’t remember in the heat of the moment which pedal did what, or which way the wheel should be turned, or even that killing people is wrong.

I think, then, that if daft people are removed from the road it will cut the number of accidents dramatically. Furthermore, because they will have to take their working-class rust-buckets with them, there will be fewer fumes, and what’s more, we will cut congestion at a stroke as well.

How much we cut congestion will be determined by how stupid people are identified. I favour an IQ test which must be passed before anyone’s allowed a provisional licence. But where do we set the limit? Technically, anyone with an IQ of less than 50 is an idiot, but I think 100 sounds like a nice number.

I reckon this would probably get somewhere between 90 and 95 per cent of all cars off the road. In some ways, that’s rather depressing. In others, it’s not depressing at all.

This article was first published in August 2006.