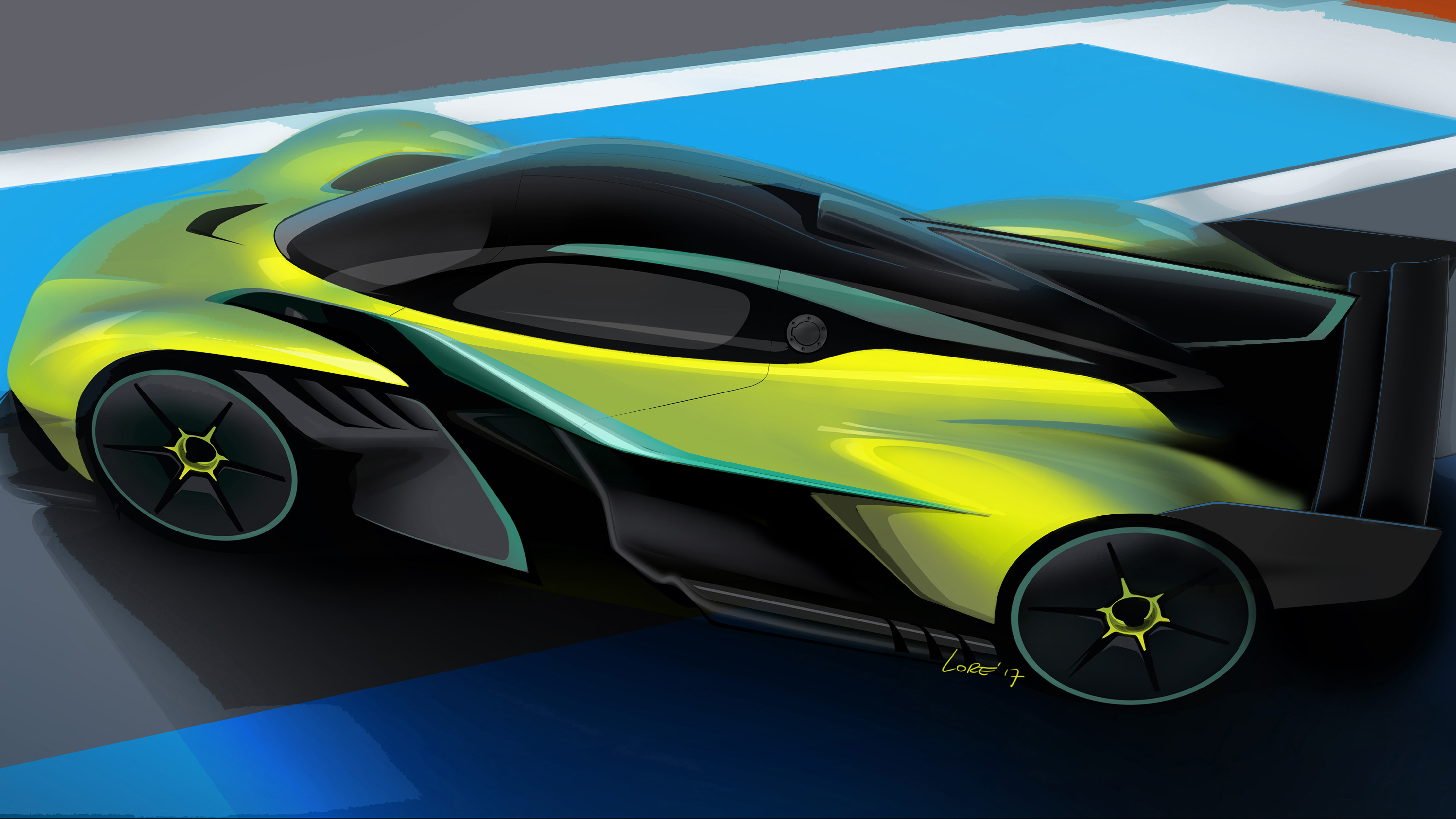 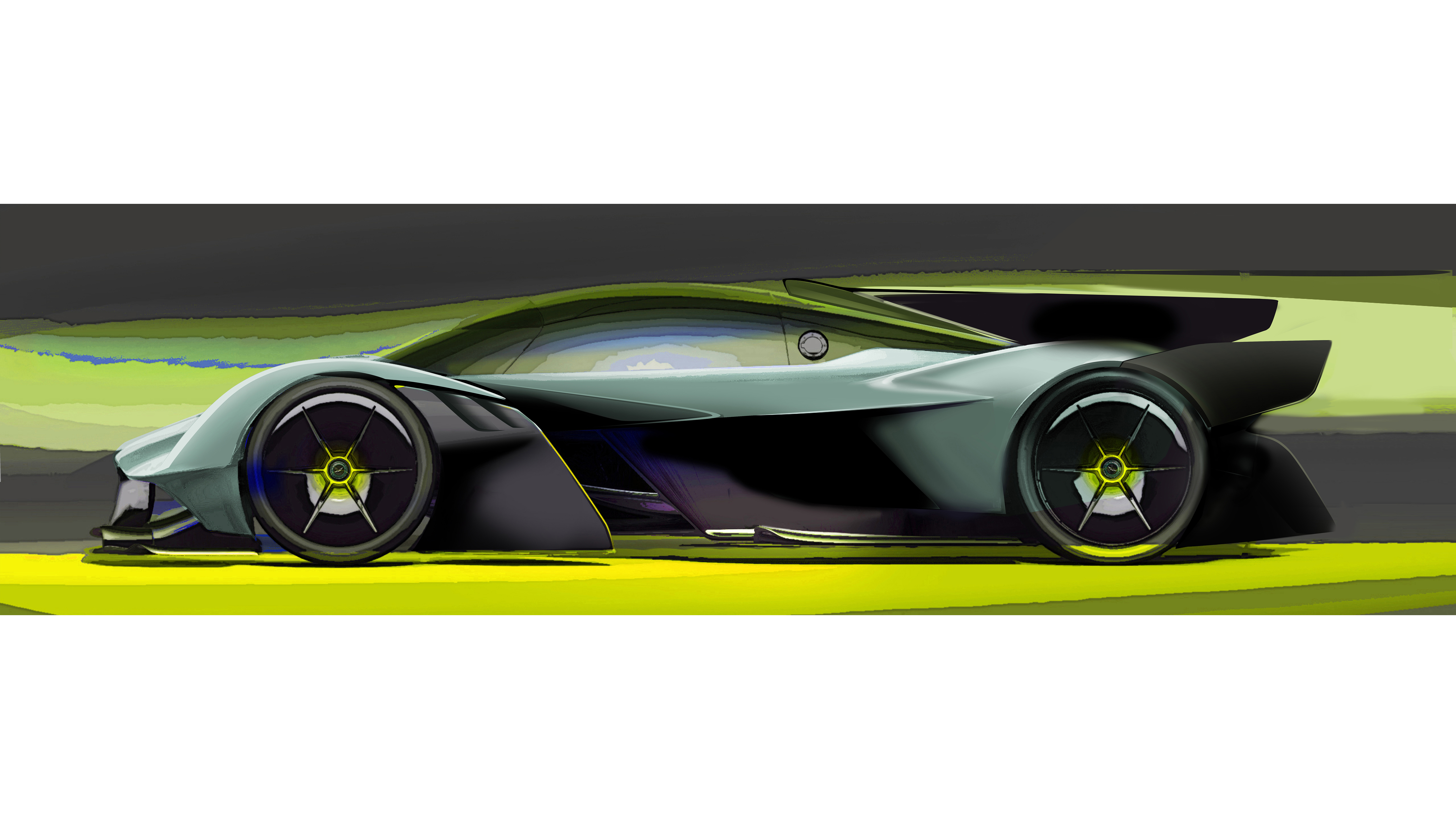 It appears Adrian Newey and Aston Martin were ‘constrained’ when designing the road-going Aston Martin Valkyrie, because this is what it looks like off the leash. Ladies and gentlemen, please hide behind your sofas for the Valkyrie AMR Pro.

We’ll get the bad news out of the way first. Just 25 are being built, and predictably, they’re all sold out. Also, these sketches are all we have at the moment. Now, we move on to the more astonishing feats of performance this thing is capable of.

Every single aero surface on the road-going Valkyrie has been modified here to “significantly increase” downforce: witness the larger front and rear wing elements, working with revised active aero tailored just for the track. The bodywork features even lighter carbonfibre, and there are new suspension uprights and carbonfibre wishbones. 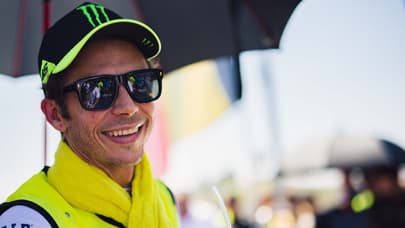 The wheels are smaller than the road car’s – down to 18in – but only so super-sticky Michelin racing tyres can be slotted on. They’re the same spec used by cars in the top tier of the World Endurance Championship. Yes, LMP1.

Brakes? Racing spec carbon items, inspired from the world of Formula One. Interior? As pared back as you can get, inspired presumably from the world of medieval torture chambers. There’s no infotainment or heater/de-mister as featured in the road Valkyrie, the windscreen is made of polycarbonate, and the seats are moulded race units.

The exhaust is lighter and will feature “minimal silencing requirements” – hey, tinnitus, good to hear from you! – while the engine is even more outrageous. Though no specific figures have been provided, Aston assures us that the naturally-aspirated, 6.5-litre Cosworth V12 will produce more power and more torque than the road car. Thank prodigious adjustment to the engine calibration and emission control system for that.

The hybrid part of the equation – Rimac’s ERS – is unchanged, but the control will be reprogrammed. So if the ‘regular’, road-going Valkyrie has a one-to-one power to weight ratio (meaning around 1,000bhp), this will be even more insane.

Just how insane? Top speed is predicted at 250mph. It’ll produce a “sustained” 3.3G through cornering, and more than 3.5G while braking. And, using Red Bull’s simulation tests, it’ll post lap times “to rival those of a contemporary F1 or LMP1 car”. Let that sink in for a moment.

Understandably, everyone who purchases a Valkyrie AMR Pro will be required to undertake a series of driver and physical tests, using the same facilities as Red Bull’s F1 driver line-up. Then, once their fitness/driving aptitude is up to scratch, they’ll be let loose at dedicated track events at “some of the world’s most prestigious tracks”.

“It has always been vitally important to me that the Valkyrie functions well as a true road car, and that naturally comes with some constraints,” explains Red Bull’s Adrian Newey. "However, with the track-only Valkyrie AMR Pro, we have the freedom to create an extreme evolution that makes no such concessions. It offers a level of track performance significantly beyond any previous two-seat closed roof car.”

Aston boss Andy Palmer said: “The road car will set new benchmarks for performance, engineering and technology. With the track only Valkyrie AMR Pro, those limits will be pushed further still. It’s a remarkable project.”

These sketches are all we have thus far, and the overwhelming sense that Mercedes-AMG Project One engineers might be hastily reconsidering not rolling out a track-version...