Video shows electric off-roader flinging through the Arabian Desert. So, where is the Dakar held these days? 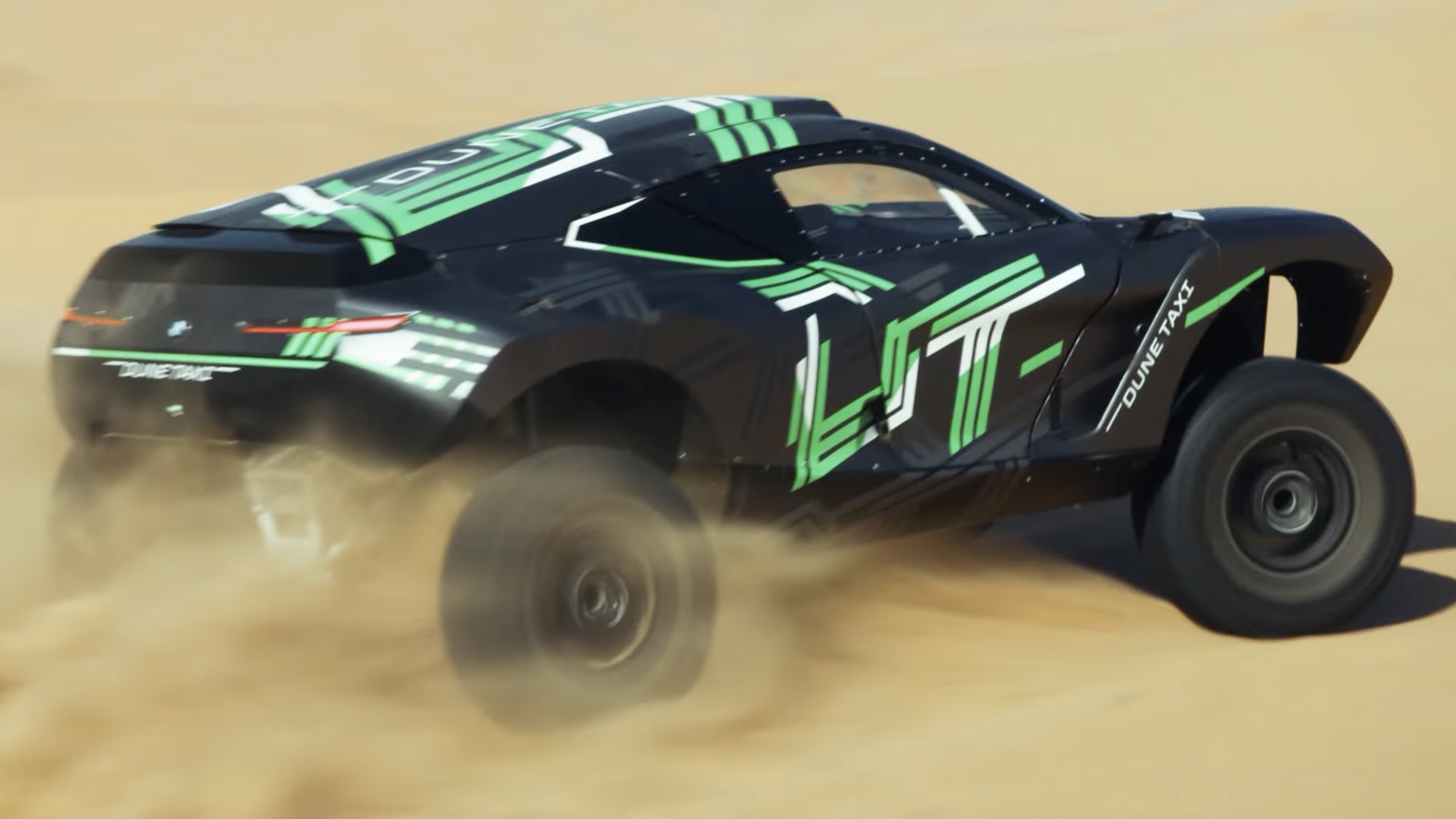 First things first: BMW hasn’t said a single thing about taking on the Dakar Rally. Nor a tilt at Extreme E. All this video shows is a ‘Dune Taxi’ sliding and slicing its way through a desolate and staggeringly beautiful corner of the Arabian Desert.

According to the video, the vehicle that looks like an awful lot like a BMW electric rally-raid racer has 400kW and 1,000Nm (more than 536bhp and 737lb ft respectively), and has a body shell made from Natural Fibre Reinforced Polymer, or NFRP. If that’s a new one for you, it’s the same basic idea as carbon fibre (CFRP), but uses plant fibres – usually flax – instead of carbon weave. NFRP damps vibrations more effectively than CFRP and won’t shatter like carbon fibre tends to. It’s also better for the environment in a bunch of ways. So that’s nice.

Speaking of vibrations (and indeed shattering), the ‘Totally Not a Rally Raid Racer’ has a full 400mm of suspension travel, with what looks to be some serious shocks. The way the ‘Dakar... What’s That?’ pitches forward under braking then holds rock steady borders on uncanny.

In the vid – which is actually worth a watch – you’ll see a range of fast off-road BMWs, a few jollies on the tarmac, some serious sand action and a whole ‘taxi’ narrative device that’s only slightly unpicked by the fact that she’s waiting at a bus stop for a taxi, in full race gear... and happens to be that actor from Boy Erased. 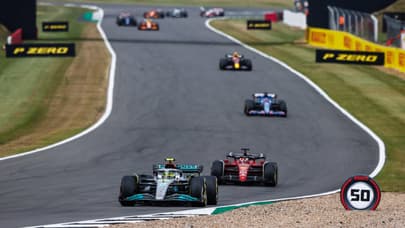 The FIA has agreed to raise the F1 cost cap

Oh, there’s also a bit where the ‘Definitely Not Extreme E Car’ fires up the Tal Moreeb – the world’s highest sand dune – in a way that belies just how difficult that usually is.

Just for reference, the Tal Moreeb is 300 metres above ground level, and reaching the top involves a 50-degree incline up soft, dig-in-and-flip sand. After a little bit of maths (and a large migraine), we’ve worked out that the total driving distance is 391 metres – just short of a quarter mile – at a gradient of more than 1:1. And if all that maths is too much (we can relate), just go on YouTube and put in ‘Tal Moreeb’. You’ll see what it takes to stand a chance of summiting the dune, and how often it goes awry.

The Tal Moreeb – and in fact, the entire Liwa proving ground the ‘Don’t Mention Dakar’ cuts a path through – sits in the Rub’ al-Khali (Empty Quarter) of the Arabian Desert, which spreads across Saudi Arabia, Yemen, Oman and the United Arab Emirates. And wouldn’t you know it – the 2023 Dakar Rally route spends a huge amount of time in the Empty Quarter, just over the Saudi-UAE border from where BMW is playing with what looks to be a rally-raid-ready car. Coincidences abound, in fact, given the 2023 Dakar kicks off in about three months’ time. But of course BMW isn’t thinking about that – this is just a Dune Taxi, right?