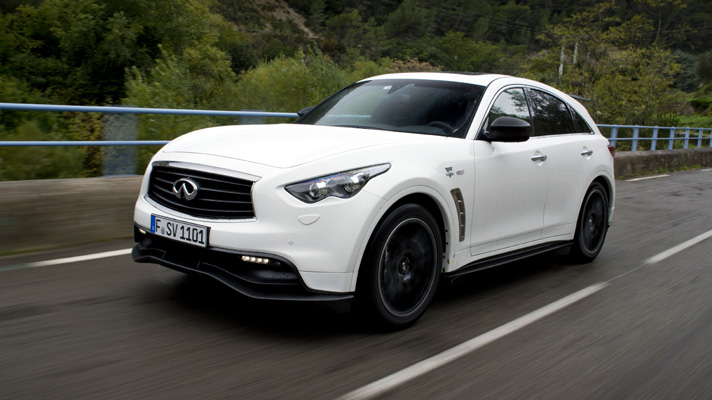 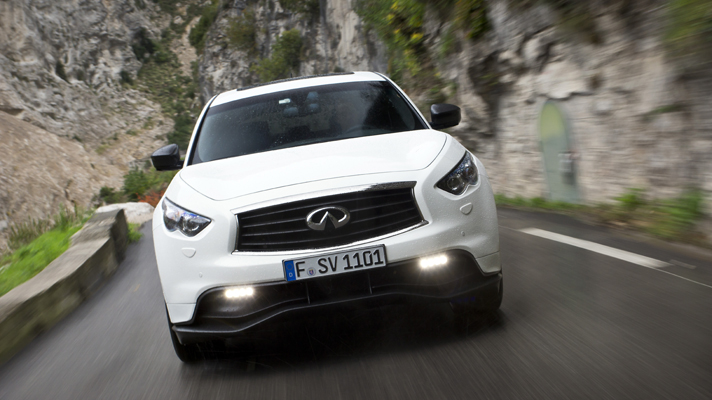 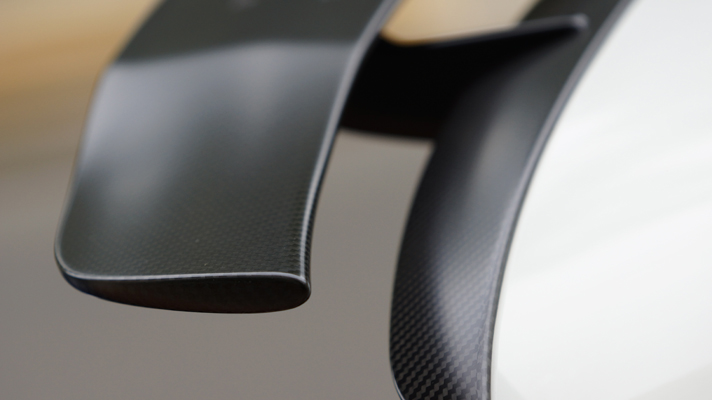 It's an Infiniti FX Vettel Edition, named after the two-time F1 champ. The trail goes like this: Red Bull Racing use Renault engines. Renault is shacked up with Nissan. Nissan owns Infiniti, which therefore gets to glue its stickers on Vettel's racing car. And as part of the deal, they get to use his name on a road car.

So it's a lean, featherweight racing homage, then?

Absolutely not. It might be slathered in real carbon fibre, but this is still a large, luxo SUV. The brochure tries to convince us it's the ‘perfect sports car', which is blatant nonsense. It weighs over two tonnes.

Tell us more about this carbon fibre.

It's the real deal: hand made and baked in a small autoclave, like it would be in an F1 factory. Many hours go into each bit, and the rear wing costs £4,800 on its own. Infiniti asked Mr Vettel to shape it, which is why the front wing looks like the wavy one from his racecar and the rear diffuser incorporates a central F1-style foglight.

A regular FX costs £58,280. This one is £100,800 and that's before you add the rear wing. The material cost of the carbon takes care of some of the premium (it's all over the wing mirror and interior console too). There's also a new exhaust worth an extra 30bhp and many decibels, plus new and slightly lighter wheels. The seats are re-trimmed in Alcantara with purple stitching and super-Seb badges. Every buyer gets an iPad so they can track the build process of their car. And Infiniti will throw in an unspecified but hopefully excellent experience, depending on dates and availability. Early buyers got a few laps of a circuit with Mr Vettel himself.

Brutish. The 5-litre V8 now boots out 420bhp versus 390bhp in the normal car, and the new exhaust batters the air like a distant Chinook. It's 20mm lower and a bit stiffer than usual, so there's marginally less slop through corners. The carbon bits are actually functional, so there's five per cent less drag and 30 per cent less lift. But you'd have to be going massively fast to notice it, because mostly, this still feels like a monster. It's more agile than a Range Rover, but doesn't feel as sharp as a Porsche Cayenne GTS. And it's wide: on the narrow cols above Monaco, we were permanently paranoid about grating all that lovely carbon on an Alp.

Hmm. But what if I really, really like Mr Vettel?

Then this is the car for you, you big show-off. So move fast before they sell out: only 150 will be made, 50 of which will come to Europe with 15-ish of those for Britain. Oh, and Mr Vettel will get the first one. It's an impressive thing to look at, and anyone with a passing interest in cars will enjoy the noise and spectacle of it all. Otherwise, it's hard to take it seriously. Especially at that price...

The verdict: It's loud and amusing, but a bit of carbon fibre dressing does not transform this into a sports car. It might be named after an F1 champ, but it's a world away from his Sunday wheels. 5/10