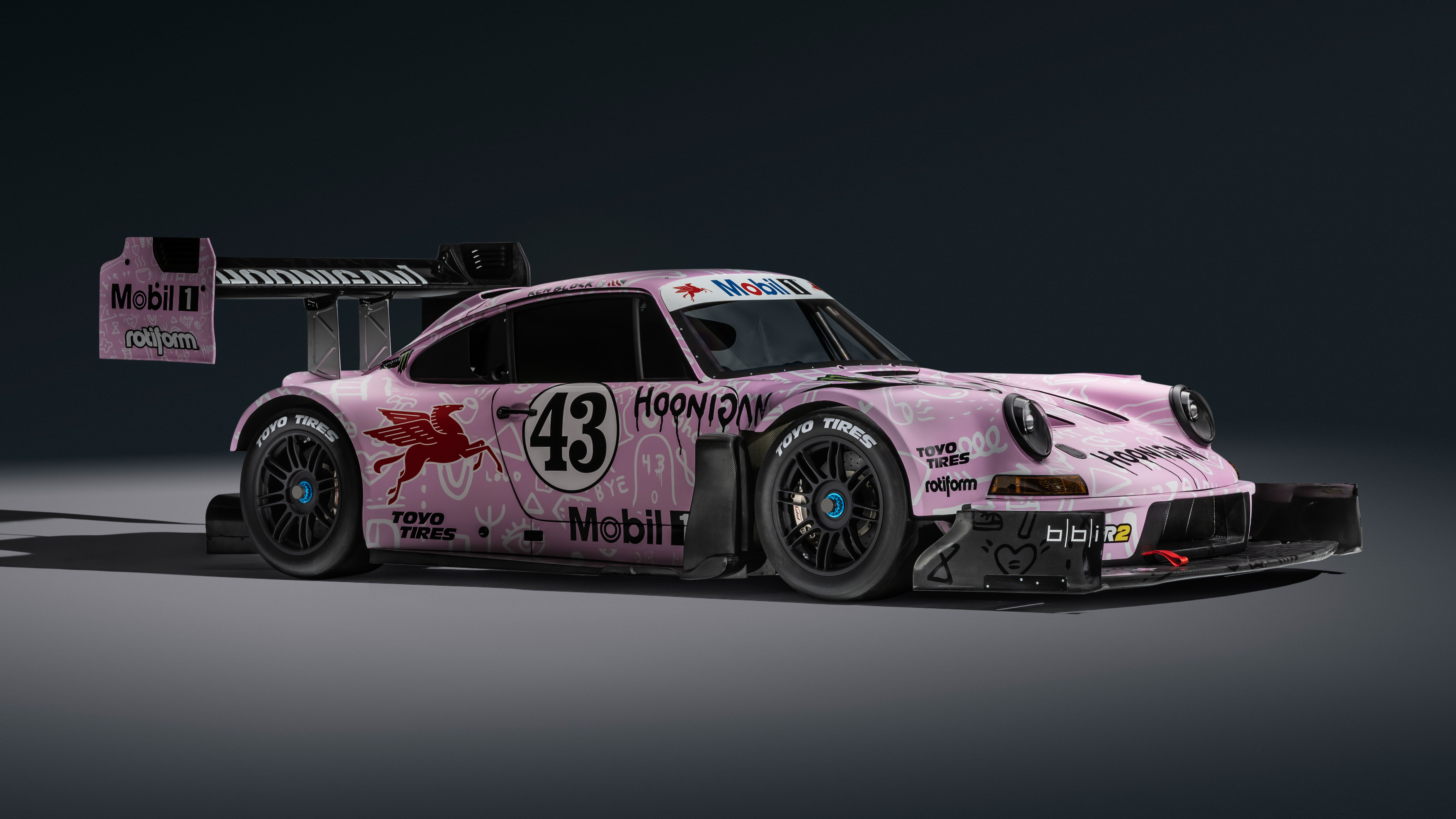 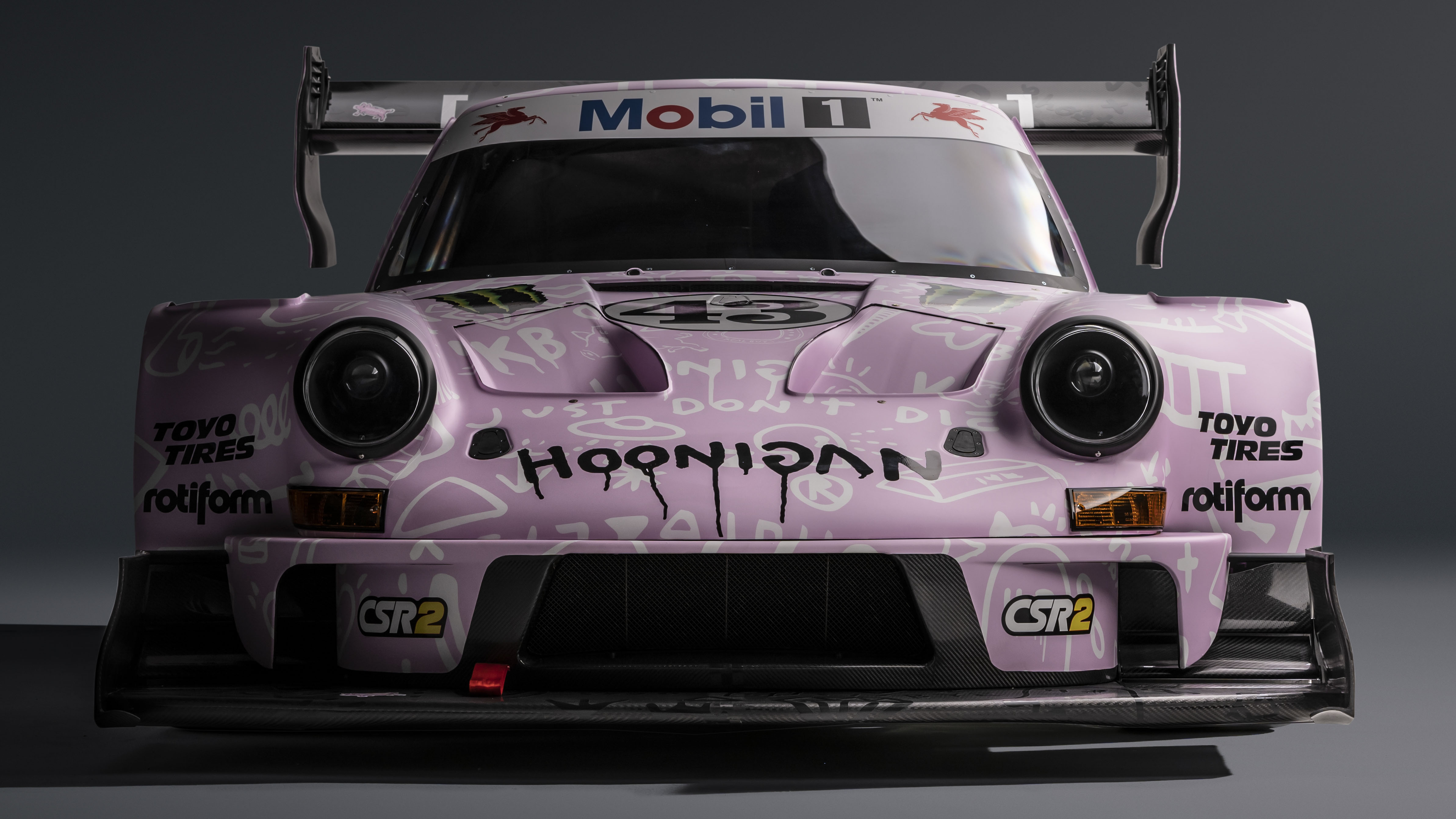 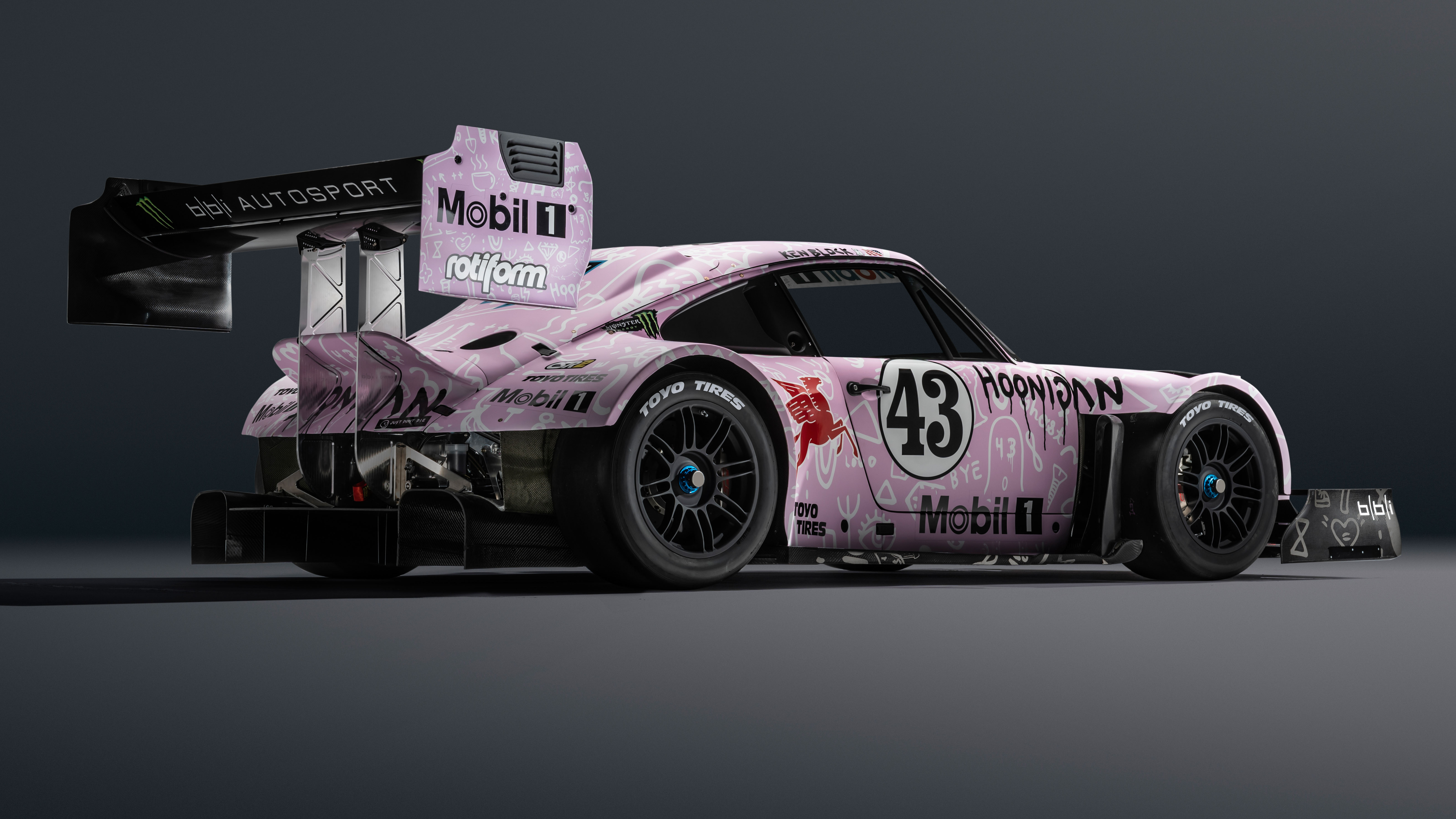 Well, if you’re going to puncture traditional motorsport norms, might as well do it properly and with something that’ll likely puncture your shins too if you’re not careful.

Yup, Ken Block’s back, and he’s done it again. Welcome to his brand-new racecar which he’s calling the ‘Hoonipigasus’, sporting a colour scheme that pays homage to the Porsche 917/20 ‘Pink Pig’.

It has been built to fulfil Block’s long-held desire to take overall victory at Pikes Peak; a literally lofty ambition, what with the race set around racing up a mountain. Indeed, Block’s first dalliance with said mountain was in 2005 with something kicking out 200bhp.

He’s returned with quite a bit more. Built in collaboration between Block, Hoonigan and BBi Autosport and a decade in the making, Hoonipigasus is a complete one-off that takes a vintage Porsche and modifies it so far beyond its base, vintage Porsche aficionados should probably look away. Believe it or not, this leviathan began life as a humble four-cylinder 912 from 1966.

To that, Block’s team fitted a twin-turbocharged 4.0-litre flat-six engine, treated it to some light fettling and witchcraft, and crammed it into the middle with 1,400bhp. Block is no stranger to 1,400bhp builds based on vintage machinery of course, but this really is quite fruity.

There are seemingly mile-long diffusers on either end of that mid-engined volcano, along with a rear-wing that probably doubles up as an electricity pylon when not delivering elephantine levels of downforce. Everywhere you look the car just gets more and more insane.

We’re told the all-wheel-drive Porsche features a transmission tunnel that runs from shoulder height down to the front axle for a lower centre of gravity. The suspension is “GPS height-adjusted based on previous years’ telemetry”, and the whole package weighs just 1,000kg.

“The Pikes Peak Hill Climb is one of the big reasons as to why I’m a rally driver,” Block said. “The list of drivers who have raced and won this hill climb includes many of my heroes: Walter Rohrl, Ari Vatanen, Michele Mouton, Sebastien Loeb and Rod Millen to name a few.

“I’ve always wanted the chance to race Pikes Peak at the top level and compete for an overall win, and with our team and BBi Autosport creating this amazing Porsche, we’ve got a good shot.”

BBi founder Betim Berisha’s confident, too. “It doesn’t get any more mental from a tech, power, aero and visual standpoint,” Berisha said. “We are building the world’s nastiest 911.”