ADVERTISEMENT FEATURE by Audi
What is an advertisement feature?
Skip 14 photos in the image carousel and continue reading 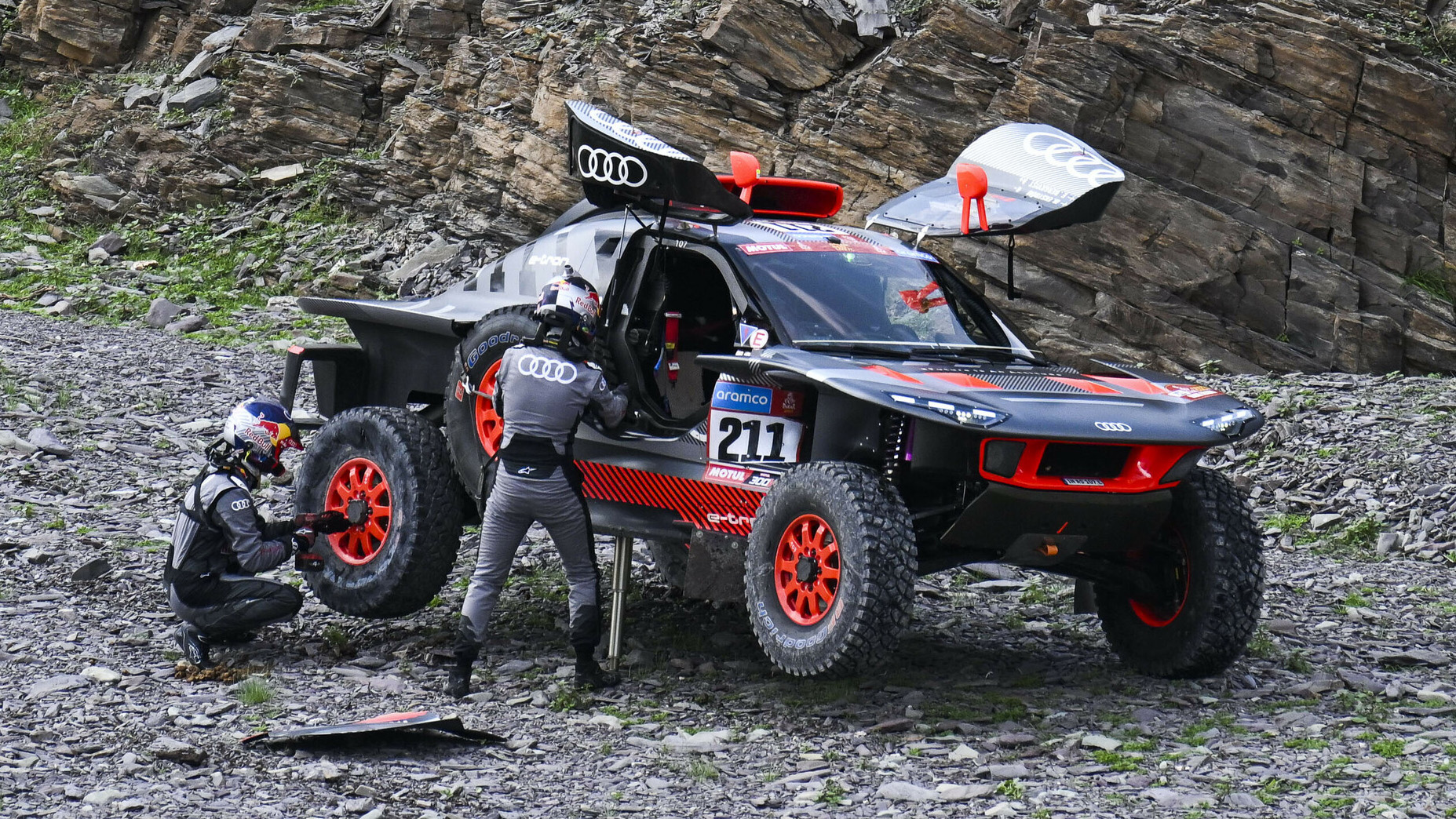 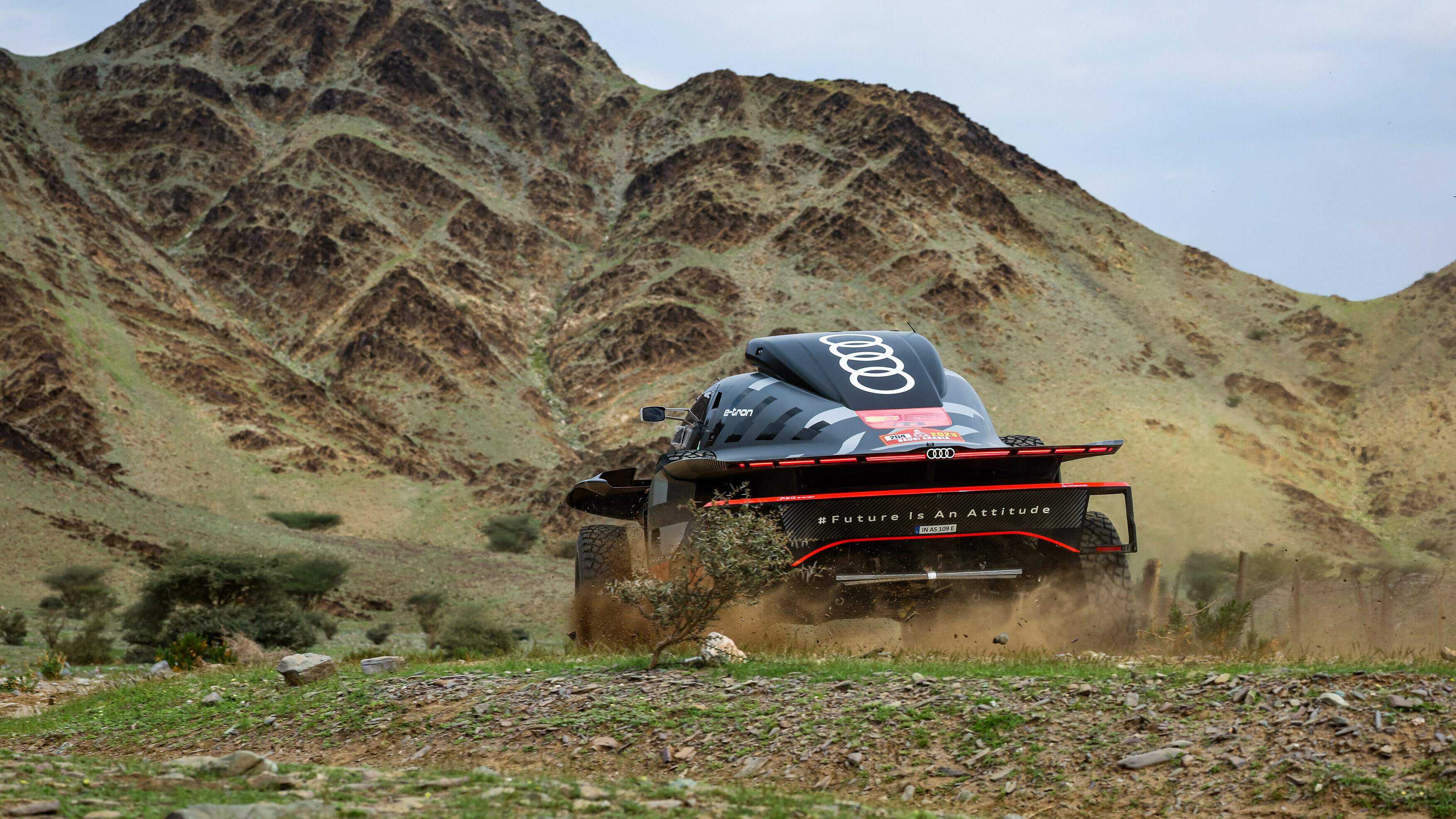 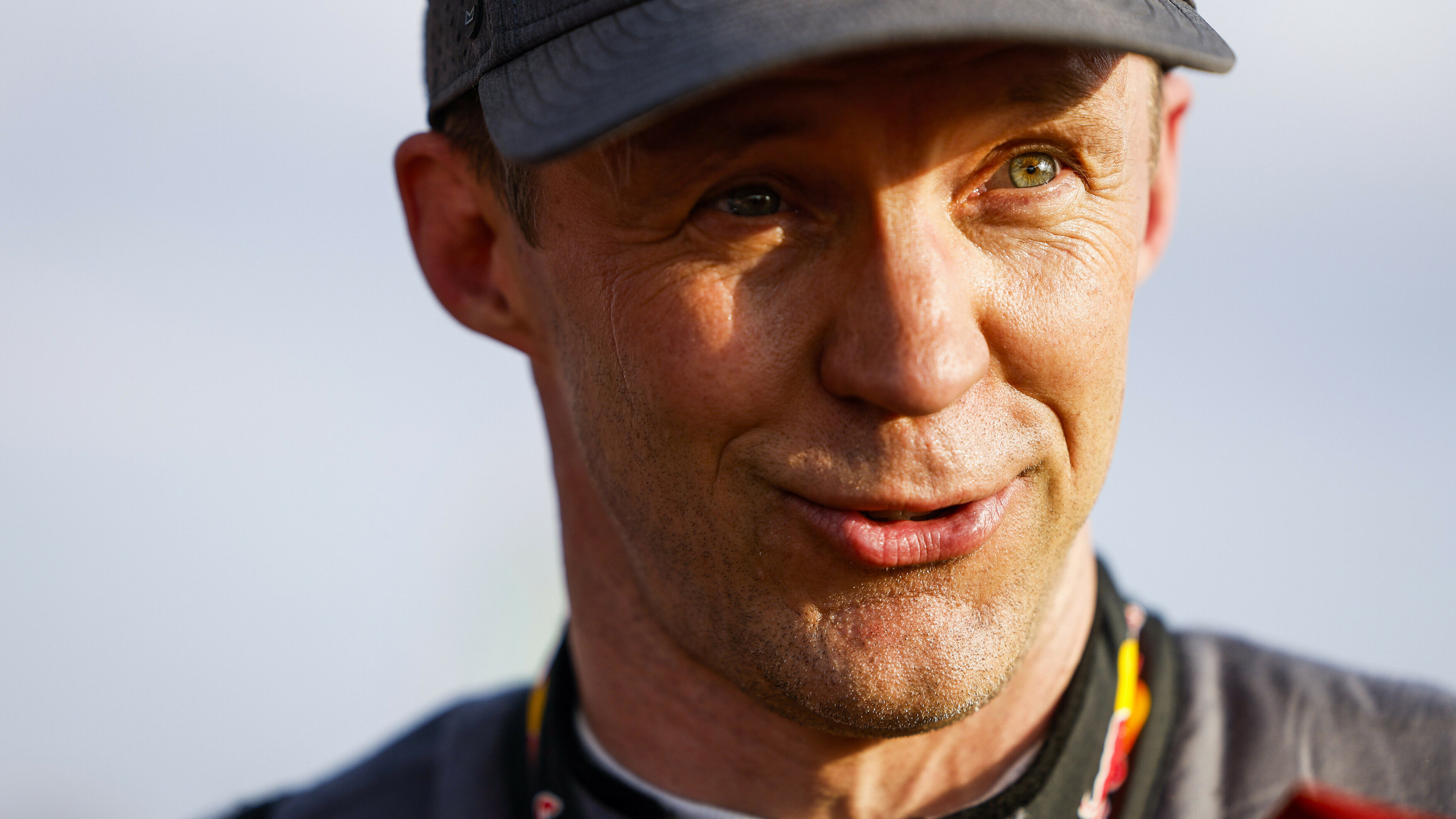 Caution proved the order of the day during the second stage of the 2023 Dakar Rally. Rough terrain after heavy rain served up a blend of jagged rocks and narrow passes to leave tyres begging for mercy. That enabled the experience of Carlos Sainz to come to the fore, with the driver of Audi’s electrified RS Q e-tron retaining the overall lead in Saudi Arabia.

Sainz had kicked off the new year with his 42nd stage win on the world-famous rally raid enduro. That was despite sustaining an early puncture. But he would then have to persevere through a similarly deflating start to the 431km of competitive action on Monday.

He and co-driver Lucas Cruz packed their bags and departed the Sea Camp near Yanbu on the west coast of Saudi Arabia ahead of a five-hour slog to Alula. Their prize for holding the overnight lead was to take to the course first – not an enviable position, as they would clear the way for everyone else. And soon stumbled over a path far rockier than anticipated. To add to the challenge, swapping wide open desert paths for narrow mountain passes left little wiggle room to avoid the tyre-slashing stones.

All told, Sainz nicked his rubber early on so had to keep it steady for the rest of the stage. “It was extremely difficult because there were a lot of stones. Opening the road, there was no line, so I had to go very carefully. That’s why I lost a lot of time at the beginning,” the Spanish rally legend said. “Then we got a puncture, so I was even slower. It was a matter of arriving today.”

Curtailing the pace meant Sainz ranked third on the stage and was a little over five minutes adrift of pacesetter and reigning event champion Nasser Al-Attiyah in his Toyota Hilux. But, with Sunday runner-up Sébastien Loeb dropping over an hour to three punctures, Sainz was retained first overall by 2m12s.

Audi team-mate Stéphane Peterhansel and co-driver Edouard Boulanger’s tyre-changing routine was even more thorough. The 14-time Dakar winner was hobbled by two punctures in quick succession, despite easing down to 25km/h through the roughest patches. Much like Sainz, he backed off to the finish line.

“After 40km, we had two punctures and no more spare tyres for the end of the stage [400km away]. It was necessary to drive really, really slowly. This was the only way, the only chance to finish the stage. For sure, we lose a lot of time.” Peterhansel, who sits eighth, said.

The clock was less kind to Ekström, who copped an unwelcome hat-trick of punctures. While the RS Q e-tron can lug two spare tyres in pods behind the doors, it was left to him and navigator Emil Bergkvist to pull over repeatedly to pump up the wounded rubber.

“We had one puncture maybe after 20km,” Ekström reckoned. “Then we got a slow puncture again. Then I had to drive really slow! Then I got another slow puncture. Then we drove with the puncture the last 80km and stopped and filled [with] air. Then we have got until the air bottle was empty to finish with the flat tyre, so we were on the limit.”

Away from the stopwatch, the Swede performed his good deed for the day late on, following race regulations he parked to help a fallen Dakar bike rider. While that time was handed back to Ekström, he ended the day 15th overall. The World Rallycross champion will be relishing a return to smoother sand on Tuesday.