Spoiler alert: not many people. Here’s why a special few endure 16-hour days and endless travel 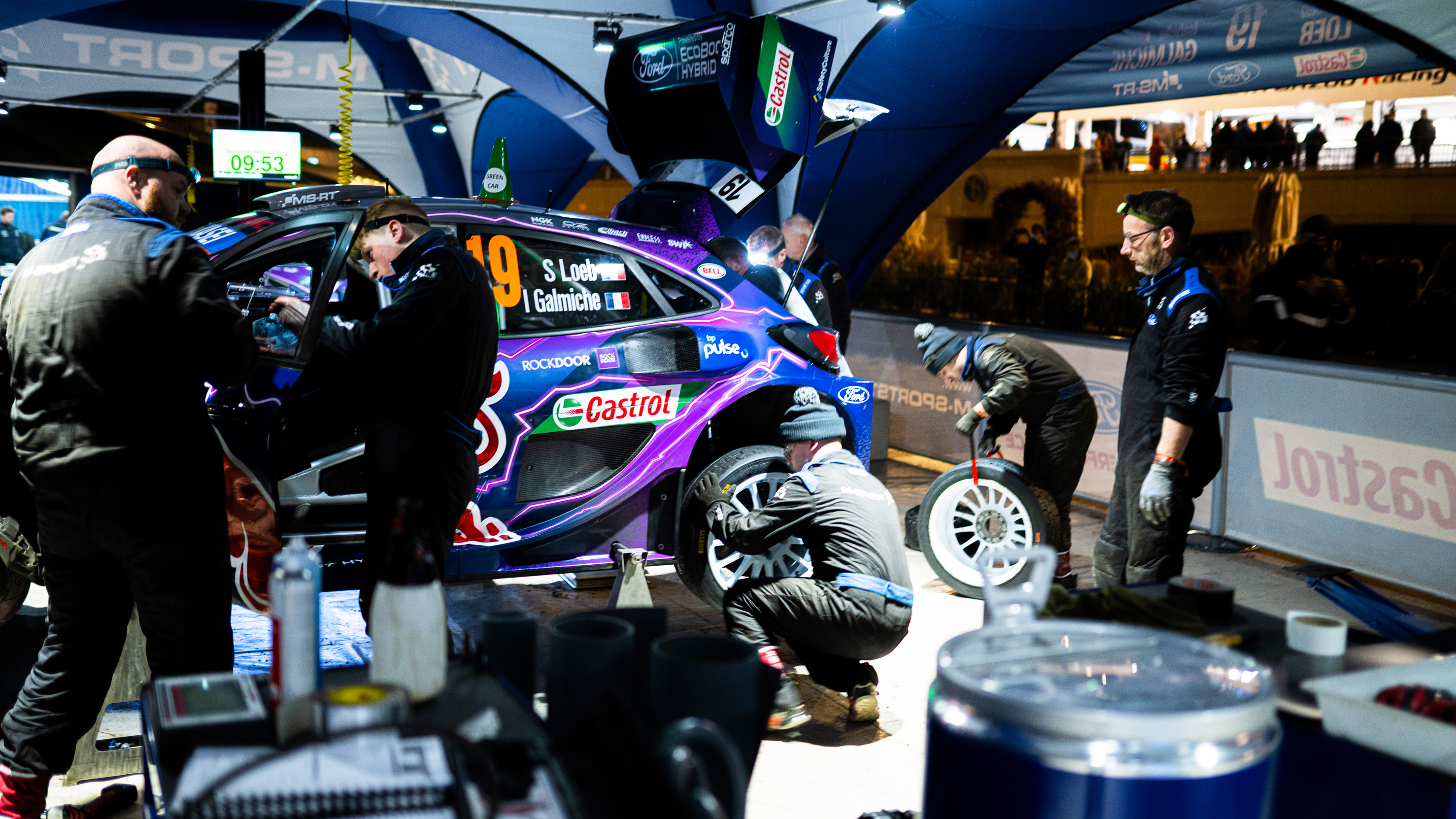 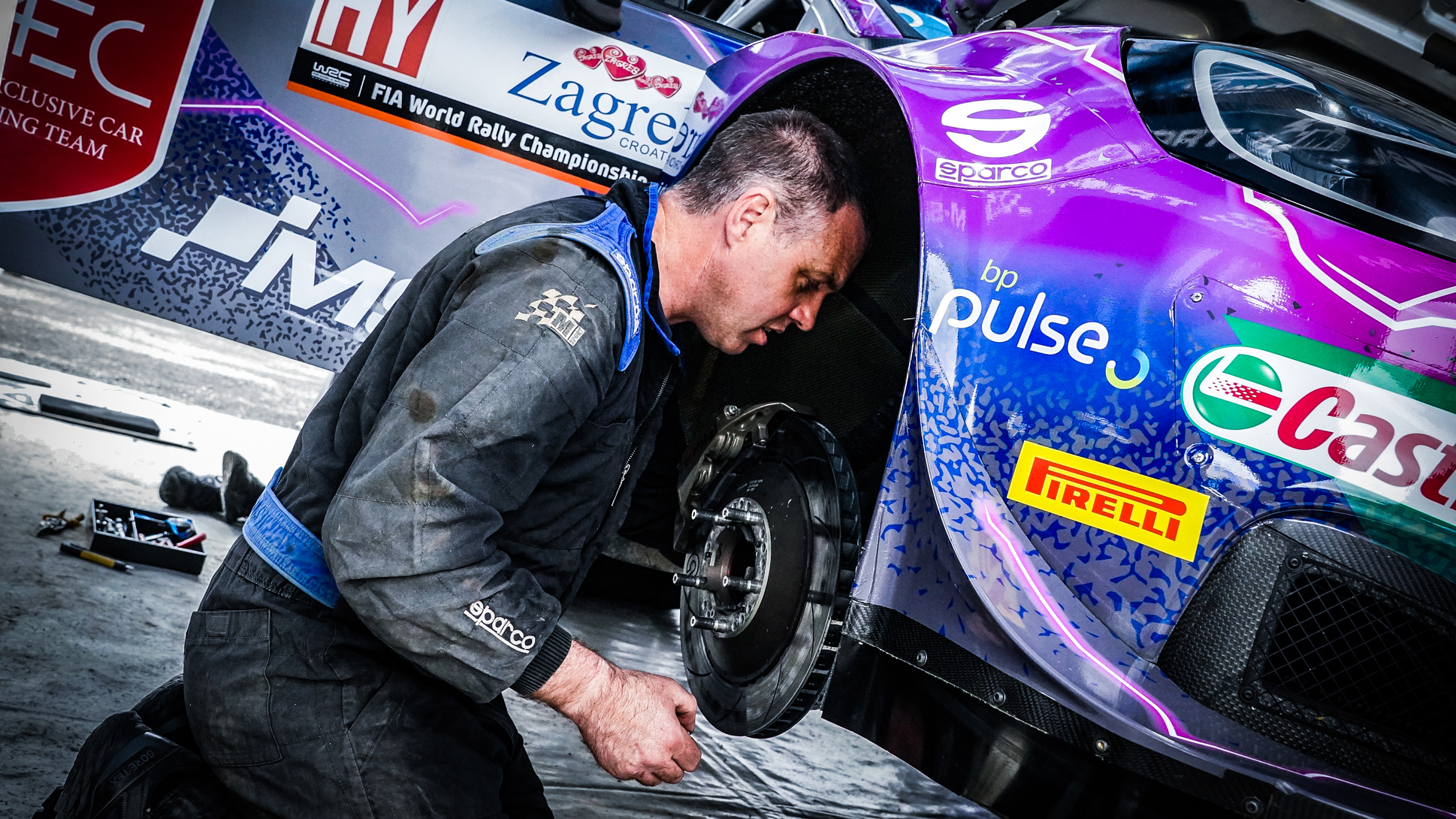 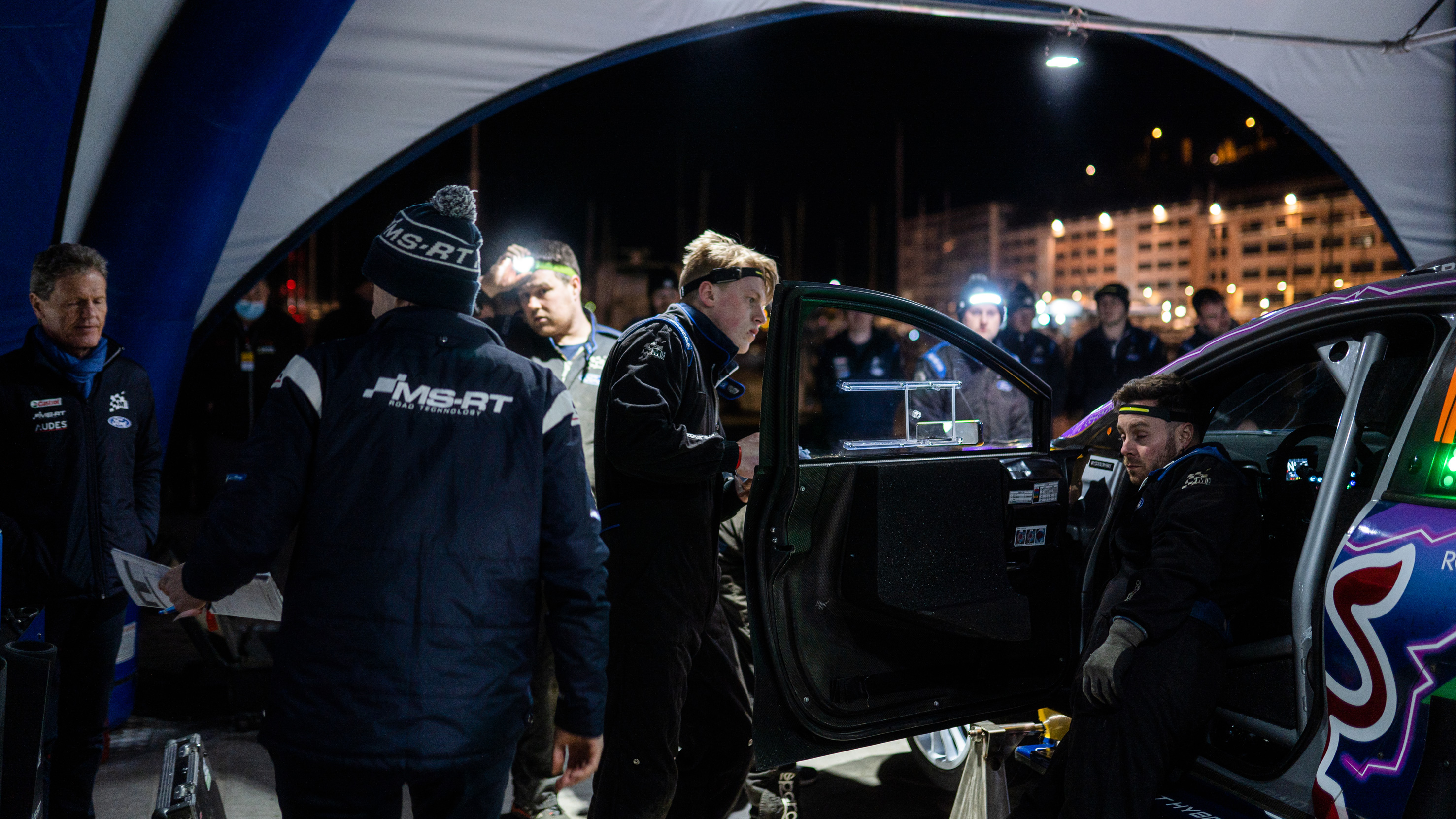 Being a mechanic in the World Rally Championship is hard. Really hard. TG learned this lesson first-hand working on Hyundai’s i20s at Rally Sweden a few years back. Pain was plentiful, sleep was not.

But the sport is very different now. For one thing the cars are hybrids, and while they’re built to withstand almighty shunts (Thierry Neuville survived a 30ft fall down a ravine, for goodness sake), the electrics add complication and risk. It’s why this season’s machines are fitted with a safety light system, so drivers and bystanders can tell if the cars are safe to approach.

Yet another headache for teams to manage. Is it harder now electrification has muscled its way into the grittiest corner of the motorsport world? Sat in M-Sport’s Monaco service park base during January’s Monte Carlo Rally, Tim Jackson, the team’s lead development engineer for the Puma Rally1 project, considers the question.

“It’s just another element,” he says, before admitting there is more demand for those with an electrical background these days. “We’re engineers, you work to the set of technical regulations that you’re given and you try and do the best you can.

“For sure there’s been a lot of learning because it’s something that’s new to us. But that drives you a bit more.” 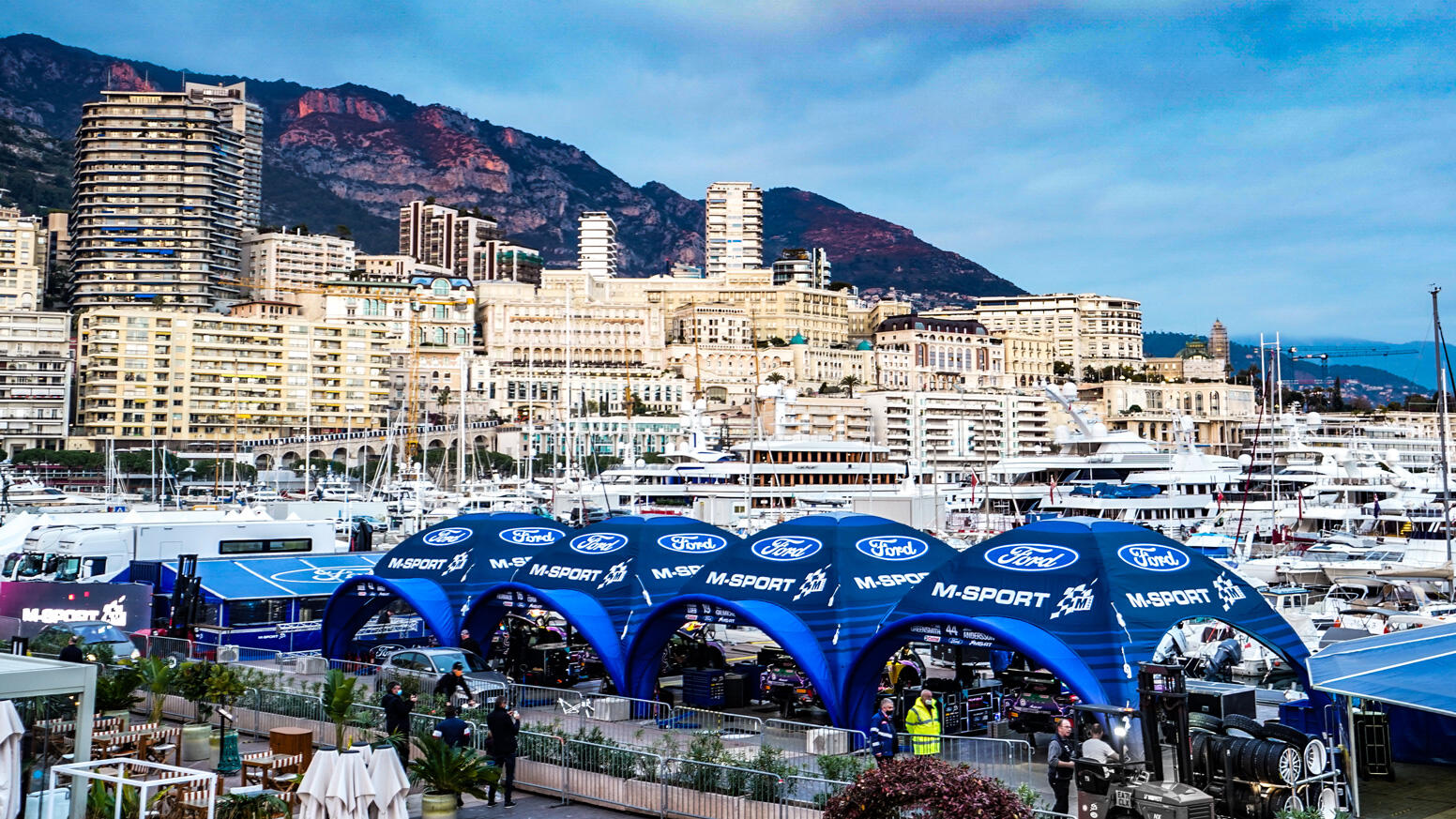 Ah, drive. You need a lot of that. 13 trips abroad in the space of 10 months sounds glamorous, but it isn’t. On any given day you could be pulling a 16-hour shift, doing all manner of physical work on servicing, repairs; you name it. And once you’ve been pushed beyond the point of exhaustion, it’s straight back to base to prep for the next event.

Who on earth would sign up for that? “You have to be a special kind of person,” says Tim. “Whether that’s a good thing or a bad thing, I don’t know. A lot of people say motorsport is more than just a job. Everyone here is interested in good results. But it isn’t for everybody.”

Everyone has a different story. Mechanic Gary Barker has been with the team since 2000, doing work experience with the company at a time when he didn’t know which direction to take in life. “I didn’t really have any passion for racing,” he says, but evidently he caught the bug. “Now obviously I wouldn’t have it any other way.”

Motorsport, it’s one hell of an infection. Clearly there’s no cure either, as Gary describes the lead-up to that weekend’s curtain-raiser. “The last three weeks have been pretty ridiculous. Finished our Sweden test just before Christmas, then back into the workshop. Christmas Day off, plus a couple of days afterwards, then back at work since. The week pre-Monte, 8.30am to midnight every night.” And then a 4am finish on the Friday before, he adds. Ouch. “I have to say I’m quite tired this week.”

Now there’s an understatement. What’s the coffee routine like? “Quite a few! I’d say a good five a day. I always find rallies are a bit more difficult. And you’re always keeping an eye on what’s going on on the TV.”

Oh yes, the live feed. Every team has a television so they can keep an eye on progress, and when the drivers are thundering through stages in a delicate lump of carbon fibre built from weeks of toil and sweat, staying glued to the coverage becomes the rally equivalent of doom-scrolling.

As we chat, the team’s experience of this phenomenon is all too raw. The day before driver Adrien Fourmaux had lost control of his Puma on stage 3, smashing into a hillside corner before tumbling backwards over said hillside. Both he and co-driver Alexandre Coria were unharmed, but the car was an instant write-off.

Naturally everyone’s first concern is for the safety of those involved, but once it’s clear they’re unhurt, there must come a point when it dawns on the team just how much extra work they’ve been lumbered with. How soon is too soon? 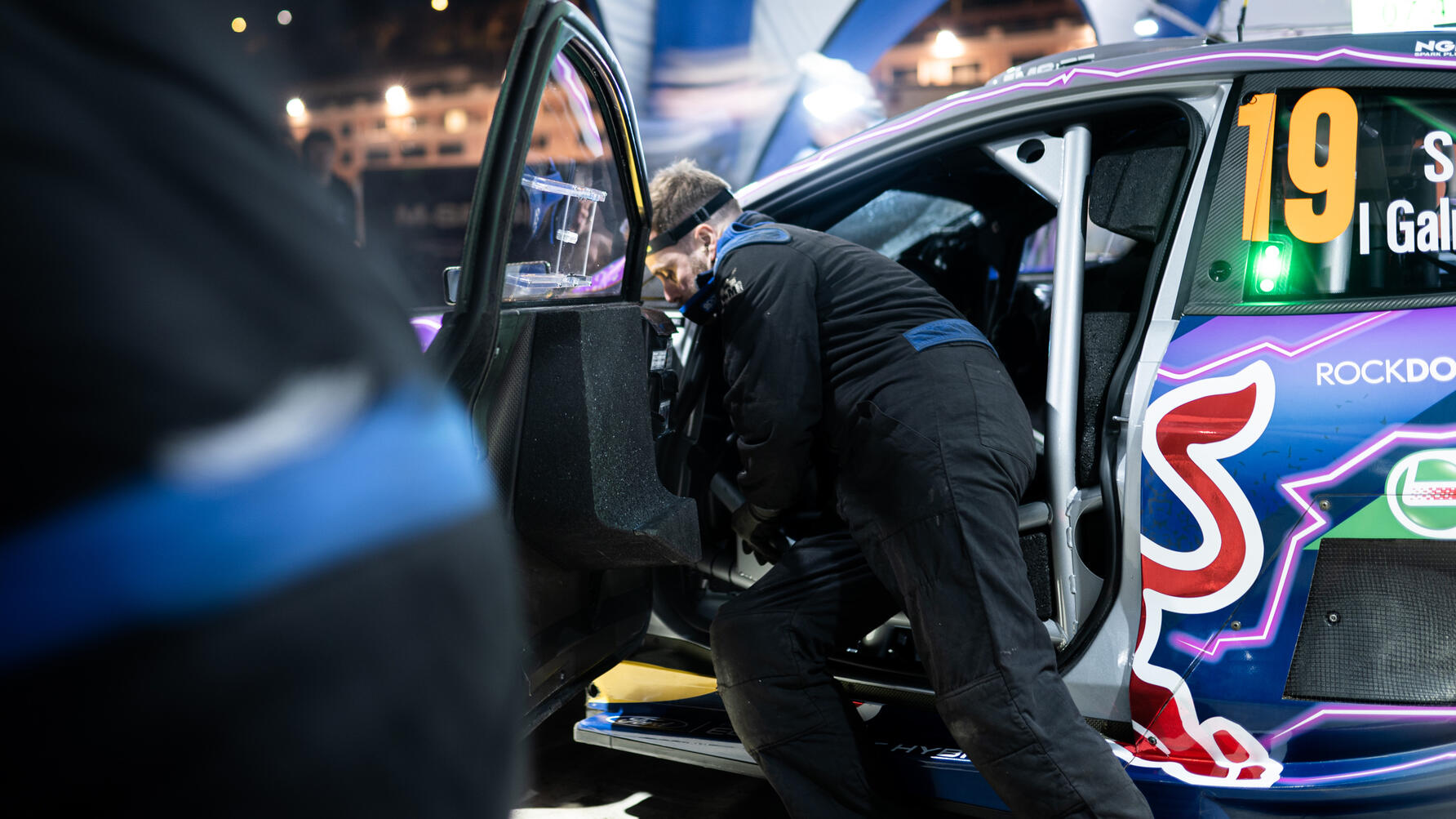 Gary smiles. “I have to tell you, yesterday it wasn’t very long!” And does that cause any friction with the driver? “No, it’s part of the game isn’t it? There’s always going to be accidents.” Tim backs him up: “No one does it on purpose. We work with Adrien a lot and we see the effort he goes to to put his best performance in. As Gary says, these things happen.”

You get the sense that only pragmatists can survive a life in motorsport, although the reliance on toughness doesn’t exactly chime with recent shifts towards mental health awareness.

Take F1: there are a mammoth 23 races on this year’s calendar, and if you think the drivers aren’t keen on spending half their weekends away from home, imagine how everyone else - from the pit crew to the catering staff - must be feeling.

“I know quite a few people in F1, so I know how much time they spend away,” says Gary, who, like so many of his colleagues, can count on a supportive family back home. “I do sympathise with them, because I don’t think I could do that.”

Would some sort of event rota make life easier? “You get to a point where you have to switch over to having two sets of people,” says Tim. “Because it physically isn’t possible. As it is, rallying isn’t quite big enough to warrant that next step.” Gary agrees. “No rest for the wicked, as they say.”

At least there are highlights. Hard-fought victories give cause for celebration, and M-Sport went on to win that weekend thanks to the heroics of Sebastien Loeb and co-driver Isabelle Galmiche. Such was the emotion, team principal Richard Millener hurled himself into the Monaco harbour as the results were confirmed.

Anyone else going for a dip? “Not this Sunday night, no!” laughs Gary. “Definitely not. I think it’ll be an early bed.”