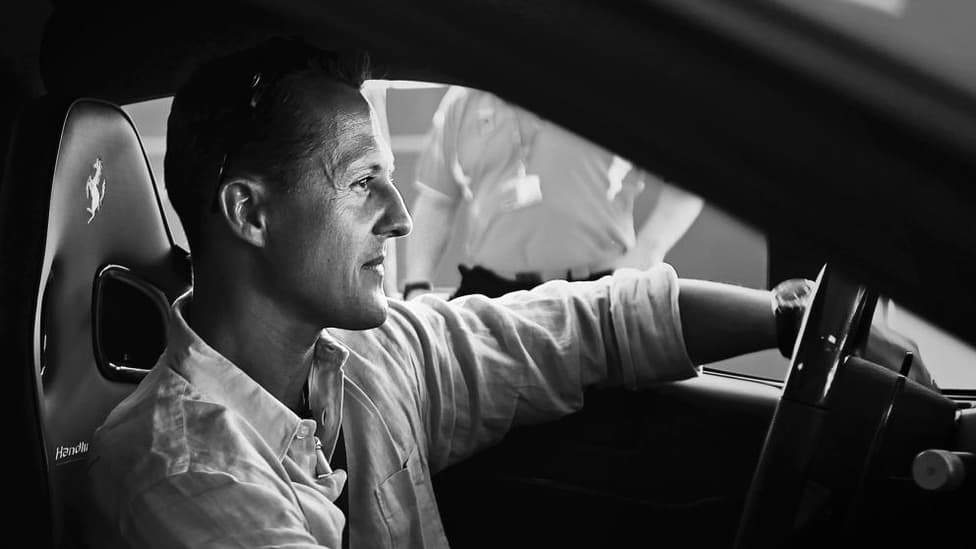 Schumacher, a documentary which landed on Netflix a couple of weeks ago, has met with mixed reviews. ‘Powerful, inspiring but ultimately devastating’ said Piers Morgan. ‘A moving tribute to F1’s boy-wonder’ said The Guardian. By contrast, the Telegraph called it ‘a catastrophically misjudged positioning exercise for the Schumacher brand’ giving it just one star.

The truth is, of course, somewhere in the middle. It’s a great watch and just like Netflix’s ‘Drive to Survive’ series, there’s more than enough of a human story there to keep those with only a passing knowledge of Formula One entertained, whilst the die-hard fans will enjoy plenty of new footage from behind the scenes at the races and from the Schumacher family archive. But the film’s major failings are that on occasions it lets Schumacher off the hook a little too easily regards his on-track misdemeanours and it leaves us none the wiser regarding his awful skiing accident in December 2013.

Michael Schumacher is undoubtedly one of the all-time greats of Formula One. His nineteen years in the sport yielded 91 wins and 7 World Drivers’ Championships – both records until last year – but a few dubious moves on track have left a question mark over his integrity. His collisions in title-deciding races with Damon Hill in 1994 and Jacques Villeneuve in 1997, the latter resulting in his disqualification from that year’s world championship, are reported fairly in the film.

However, it fails to mention a third, equally questionable incident. In the dying moments of qualifying at Monaco in 2006, Schumacher was fastest, but Fernando Alonso looked like he might be on course to snatch pole. Schumacher then locked up going into Rascasse, effectively parking his Ferrari across the track and bringing the session to an end before his time could be beaten. The stewards decided that this was a deliberate act and stripped Schumacher of pole, sending him to the back of the grid. Alonso later described him as ‘the most unsporting driver in the history of Formula One’.

Schumacher was utterly ruthless on track and fans will be divided between those who believe that’s the mark of a true champion and those who feel that he occasionally over-stepped the line in terms of sportsmanship. Either way, the film gives some fascinating insight into his character. Talking of the incident with Villeneuve at Jerez in ’97, then Ferrari F1 boss Ross Brawn says ‘In his mind Jacques Villeneuve had hit him. He wasn’t putting on an act, in his head that’s what happened. Then when we showed him the video, he realised that wasn’t the case’.

His utter self-belief is also reported by David Coulthard who recalls a heated discussion in Bernie Ecclestone’s office following their coming together at Spa in 1998. Coulthard accepted his part in the crash but asked Schumacher ‘Surely you must be wrong sometimes?' Schumacher thought about it for a while before replying, ‘Not that I remember’.

Whilst we get plenty of insight into Schumacher the uncompromising hard racer, Coulthard goes on to explain that there is also the private, family man who is a completely different person and the film certainly shows a warmer, fun-loving individual away from the track. We see him scuba diving, snow-mobiling, sky diving, singing karaoke badly and dancing with his family, and we hear that he likes nothing more than throwing people into swimming pools at parties. When family, friends and colleagues talk about him with such warmth, you can’t help but feel that he’s probably a pretty decent bloke.

However, the big story outside of his racing career surrounds the terrible events of 29th December 2013, and this is only covered fleetingly in the final eight minutes of the film. The Schumacher family have understandably treated his skiing accident in Meribel as a very private matter over the past eight years, as is their prerogative. However, as race fans Michael Schumacher has been a part of our lives for more than 30 years, and some sort of an update on how he is doing today would have been a fitting conclusion to the film of his life to date.

Schumacher will naturally be compared to the multi-award winning Senna and whilst it doesn’t re-set the benchmark for sports films in the way that Asif Kapadia’s movie did back in 2010, it is a beautifully made documentary in the classic sense and is well worth a watch even for those who are only mildly interested in Formula One.

Full marks to Netflix for bringing this to our screens. In addition to Schumacher, the company’s Season 4 of Drive to Survive is currently in production, as is a new eight part ‘fictional drama’ about Ayrton Senna, both due for release in 2022. On top of all that, last week the organisation’s CEO Reed Hastings said “A few years ago, the rights to Formula 1 were sold. At that time, we were not among the bidders, today we would think about it.” I wouldn’t bet against Netflix becoming increasingly committed to F1 in the coming years.