The 'No Time To Die' Defenders are 'standard' Land Rovers

Barring a few necessary mods, the Bond Defenders are regular off-roaders. We drive one 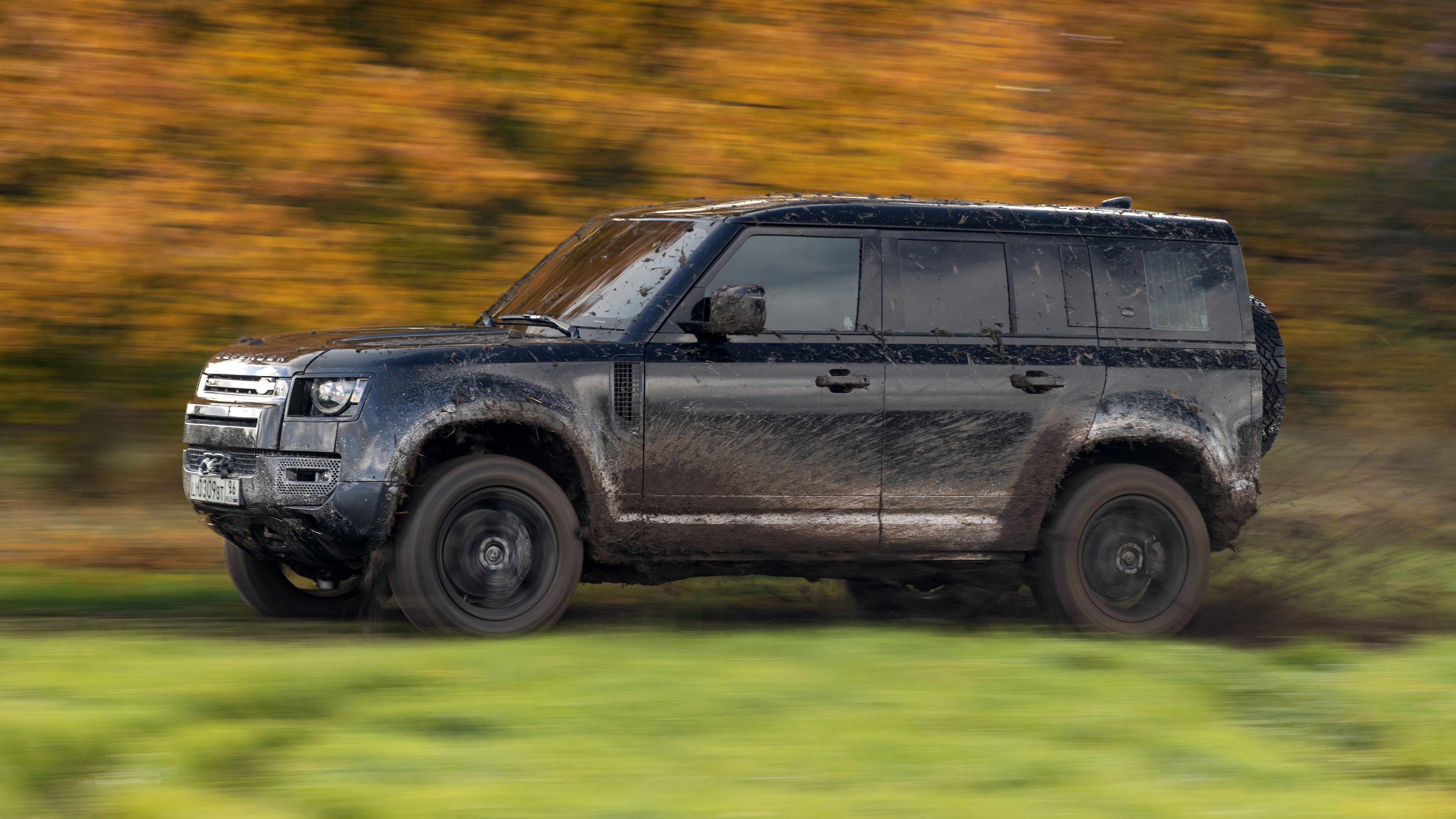 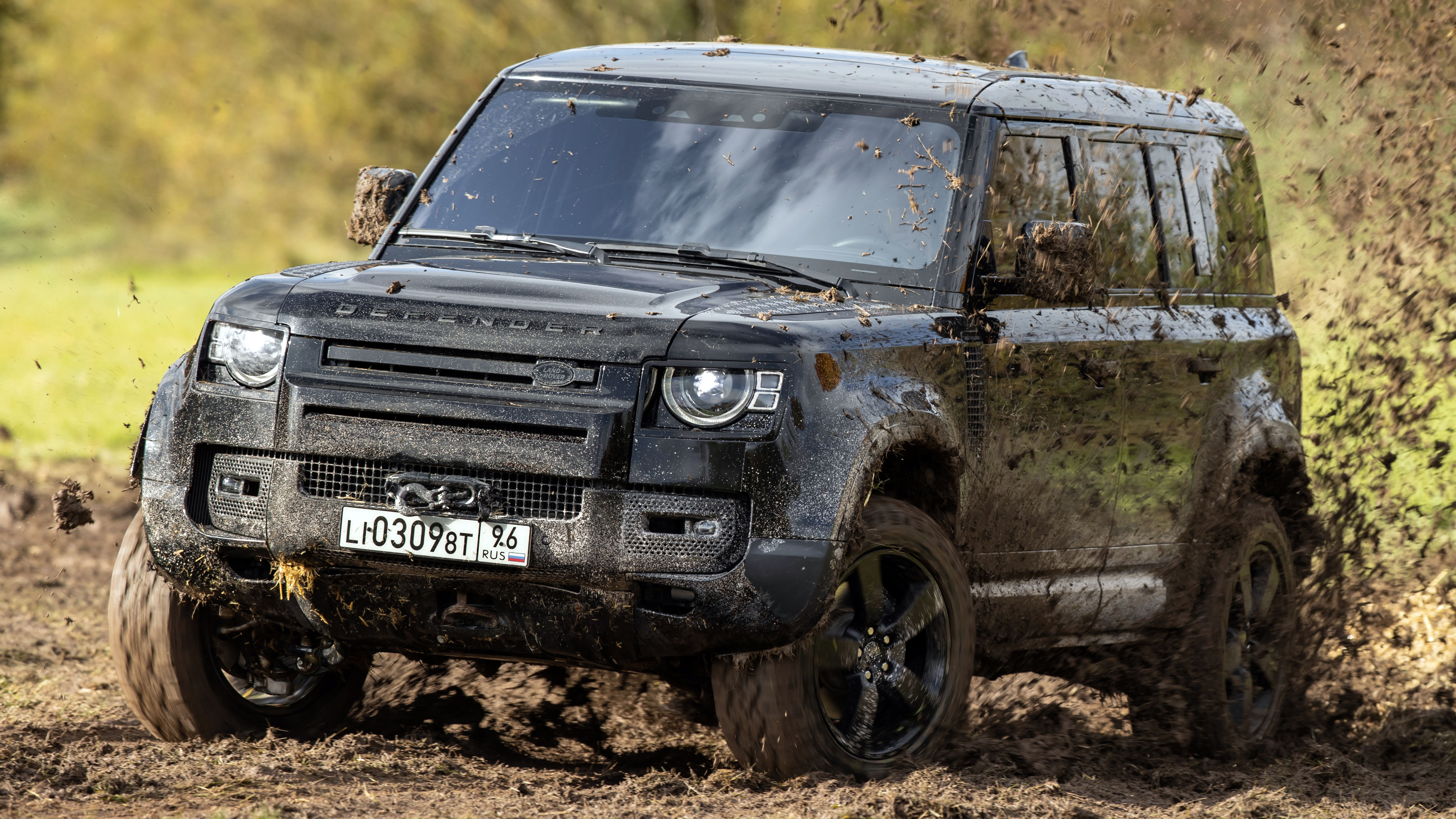 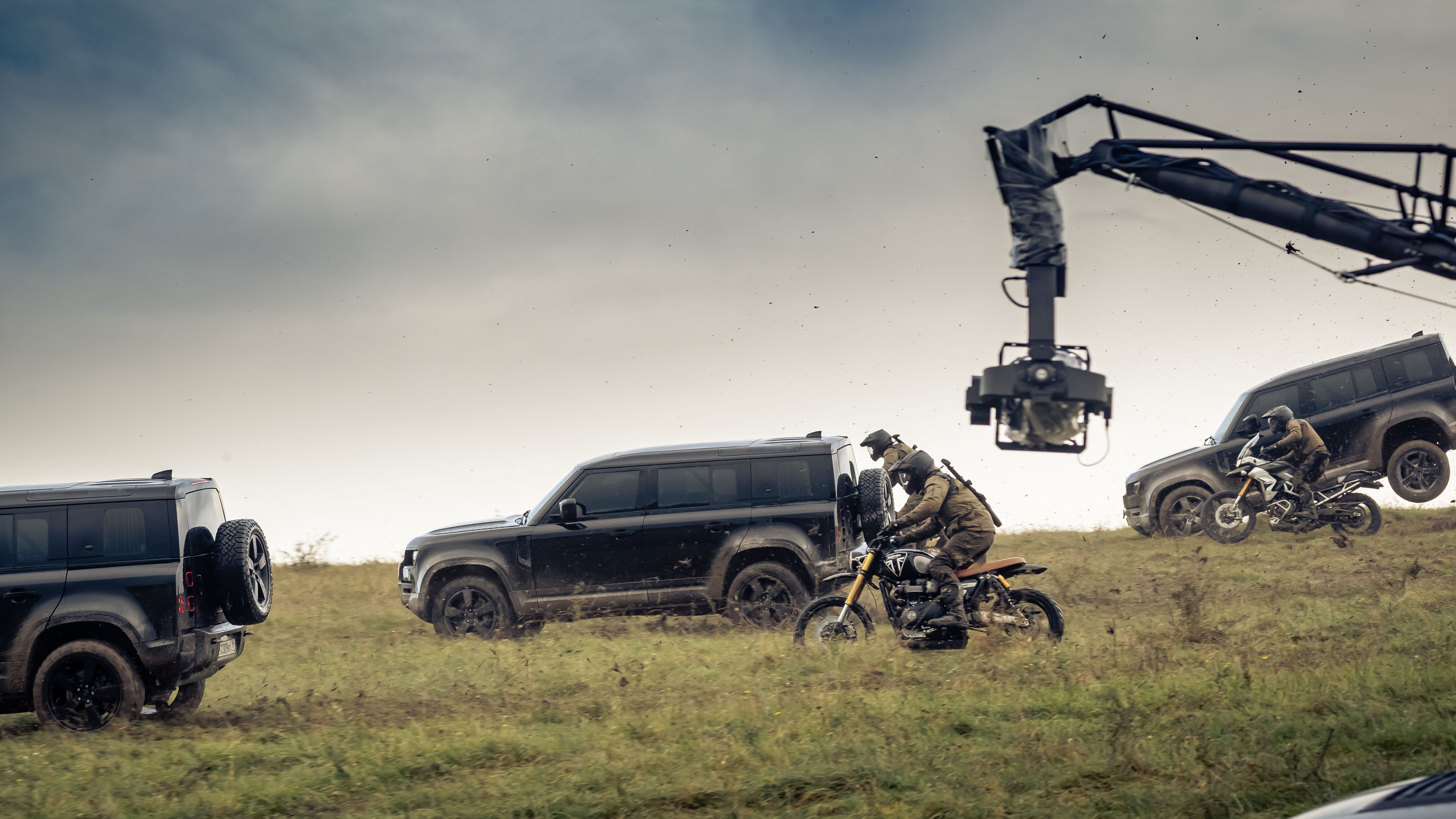 You might have seen the Defender advert. It's the filming of a sequence from the new Bond movie No Time To Die. You've got three Defenders frantically chased by, or perhaps chasing, three motorbikes. To nobody's great surprise, a helicopter is involved too.

Land Rover provided Defender 110s for the film. Ten of them, because stunt cars are basically consumables. Only thing is, the filming schedule was hard up against the Defender's birth. In the end those film cars were the very first 10 ever built on the production line. They carry serial numbers ending in 001 to 010.

Top Gear has had a drive in 007. It was only in a very muddy field in Warwickshire, not the actual locations – crosscuts of wild Scottish moor and Salisbury plain. In the passenger seat egging me to go faster was Jessica Hawkins. She's the stunt driver in the middle of the three Defenders in the ad.

A recap of that sequence. It starts with the Defenders mid-air in a jump that looks so huge fakery must have been afoot. But no. They really did fly 30 metres, peaking at 3m clear of the earth. The mid-sequence is a high-speed pelt across and through a sequence of big ugly obstacles – hillocks, rocks, water, trees. At the end, one of them rolls diagonally, returning to the wheels-down orientation with a stomach-churning thump. But still motoring on out of the frame. 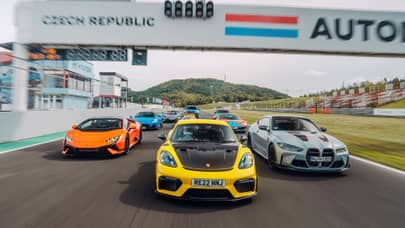 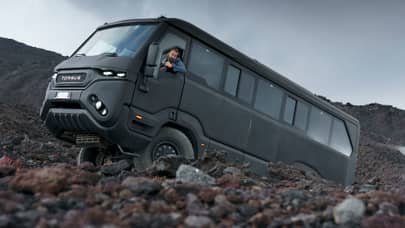 The Torsus Praetorian vs Mount Etna 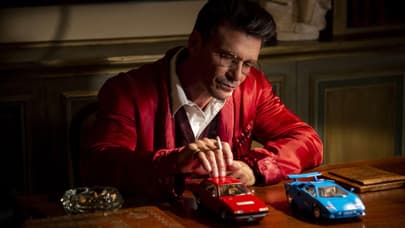 It's an article of faith on a Bond set that the stunts are real. Post-production jiggery-pokery is kept to an absolute minimum. But that doesn't mean the cars are quite what they seem. I watched the filming of the Spectre sequence in Rome where the Jaguar C-X75 chased 007 down the banks of the Tiber in the Aston DB10. They weren't real cars. The Jag had a specially made spaceframe structure. And the Aston Martin DB5 used for the new film isn't at all the old car. It's a carbonfibre-bodied replica on top of BMW M3 mechanicals. As we found in this year's Top Gear Speed Week, that makes a far more stunty kinda machine.

So the amazing thing about these stunt Land Rovers is that they are actually normal factory Defenders. Oh sure the seats are race jobs with five-point harnesses, there's a full cage and some underbody protection and a ramrod of a vertical handbrake lever. Most of the trim is absent, and there's a fuel bladder in the back fed by a pump that sounds like a band saw. To save a bit more weight, instead of a spare wheel on the back door, it's a hollow plastic lightweight replica.

The ESP is permanently disabled. That's how come Hawkins is coaching me into nice big slalomy drifts, all four wheels chucking fistfuls of mud aloft.

But that apart, standard. Showroom-stock P400 straight-six engine, eight-speed transmission, suspension, tyres. You can order a triple-black one that looks just like it. And is just like it.

Hawkins says that the jump was a bit of an eye-opener. "When I first saw it I thought, wow… Then the first time driving towards it I just asked myself what am I doing?" But as it turned out, she did it again and again.

We'll have to wait until April 2021 to see what else they got up to. The film's release has been delayed a year because of COVID. Whilst that's a pretty small matter besides the rest of the destruction the disease has wrought, it's still infuriating. What we do know so far makes the movie an intriguing prospect. Word is it digs even deeper into Bond's damaged psyche than did Spectre. And that he's got his most formidably nasty adversary ever in Safin, played by Rami Malek.

Daniel Craig is back as Bond, Lea Sedoux as Madeleine Swann and Christoph Waltz as Blofeld, plus continuity in the actors playing M, Q, Moneypenny and ally-stroke-rival 00 Nomi. It hasn't gone smoothly: Danny Boyle left due to 'creative differences', to be replaced as director by Cary Joji Fukunaga. Pheobe Waller-Bridge bolstered the usual writing team.

There are of course some Aston Martins too. Although since the Valhalla's release was delayed along with the film's – if for different reasons – it's been reduced to bit-part player. But the return of the good old DB5, or its stunt double anyway, brings abundant feelgood. Plus, a favourite of Craig's, the Aston V8 last seen in The Living Daylights.