Top Gear grabs a ride in the Batmobile 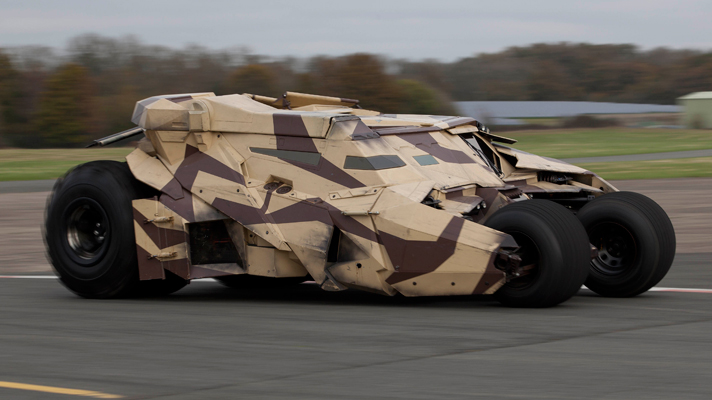 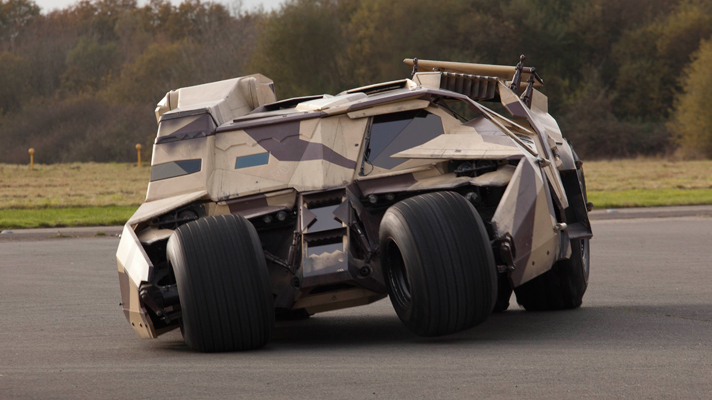 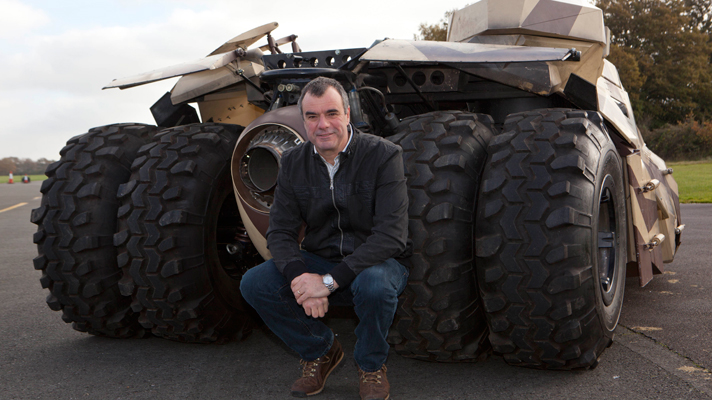 Yet again, I appear to have drawn the short straw in the office. Either that, or my boss appears to have a vendetta against my testicles. Fresh from being ordered to sit in a very tight racing seat in Jaguar's XJ ‘Ring taxi' last month, my gentleman vegetables have once again been ratcheted into a racing harness and seat so narrow, I'm beginning to pass out.

A bit of explanation first. For anyone unfortunate enough to have missed The Dark Knight Rises in the cinema, there is some good news. The DVD is being released on 3 December. And because it's actually rather brilliant, we wanted to have a go in Batman's company car. Except of course, in the film [SPOILER ALERT], Bruce Wayne's private collection of Batmobiles - or ‘Tumblers' - is pilfered by a seething mass of muscle called Bane. Bane is not a pleasant individual.

So what I'm currently bolted into did - in the film, obviously - actually ‘belong' to Mr Wayne. And it's quite a bit of kit, built by someone with years of experience in blowing things up on camera. Fittingly, we're also sat in the middle of Top Gear's test track - another coliseum of fire and destruction - alongside this man. Step forward, Oscar-winning special effects maestro Chris Corbould. 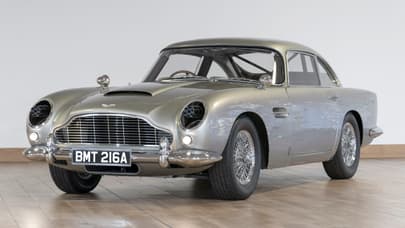 "I've got a long relationship with the James Bond films," he tells me, in a nonchalant fashion, "so when we started work on 2005's Batman Begins, I had a very good idea of what I wanted to see out of the new Batmobile."

Of course, you'll know the second part of the ‘we' Chris refers to - it's only Oscar-nominated director/writer Christopher Nolan. "When we first started, Chris [Nolan] was willing to make a few concessions," Corbould tells me, "but otherwise he's not a very compromising director. He's very specific about what he wants to see. So I got together with my guys and said, ‘look, we've got one go at this, I want this to be the definitive Batmobile'".

It's a monster, is what it is. It looks as though it has ingested the aerodynamically enhanced Batmobiles of the 90s and simply run over the 60s icon. It's also heavy; 2.5 tonnes-type heavy. "A lot of it is made from steel," Corbould says, "but the body panels are a mixture of carbon fibre and fibreglass. It's a big old lump though, and apart from the engine and gearbox, everything has been built from scratch."

Ah yes, the engine. It's only a 5.7-litre Chevy V8, packing many horsepowers and one of the finest exhaust notes to have ever scrambled a brain. "We've got a 350cu engine in there: standard block, 400bhp, very reliable. It gives that great sound as well, which I think is so indicative of the Batmobile." It certainly does: a precursory test run of the Tumbler around Dunsfold involved firing it up and checking for leaks. You could probably hear that engine from France.

Saying that, it could probably jump it's way to France. Anyone familiar with Batman Begins will remember that classic line delivered by a hapless police officer in pursuit of the Batmobile ("It's flying...on rooftops").

Chris smiles as he recounts the development of the Tumbler from 2.5 tonne heavyweight to gravity-defying athlete. "From first looking at the little plastic kit that Chris Nolan showed us, it probably took around five months to build all five Tumblers before filming began on Batman Begins. And we spent the majority of that time just jumping it."

You see, Nolan gave the stunt guys a bit of a red rag when he said he wanted it to fly. "We were out on a mission to prove to Chris what we could do, " Corbould says. "We jumped it, found out where it was weak, strengthened that bit, jumped it again, found out where it was weak, etc. We did all of this so when we came to do a shot on Batman Begins, we could jump 60 or 70 feet and land it intact to carry on driving. We must have done more than 20 jumps - it broke for the first ten times."

Well, not break exactly: some structural parts had clearly "taken a bit of a whack". Hence the planetary-sized tyres front and back. If you think they look huge on film, rest assured, they look positively massive in real life. "One of those back wheels is probably a couple of hundred pounds in weight," Corbould assures me, "and there are four of them so that's 800lbs straight away. In fact, one of the biggest problems we had was sourcing them."

Eventually, Corbould and his crack squad of Internet fiends tracked down 20in wide Hoosier front tyres, and the huge back wheels, put them on a mock up and presented the thing to Nolan for inspection. "He'd sort of smile, but then say ‘not quite there, I need another four inches'". Corbould swears. And laughs. "We eventually found the right ones, and had to make three different versions we called ‘full fat', ‘half fat' and ‘skinny'."

Confused? It's a reference to the tread depth on each tyre, not something you can buy in a coffee shop. "If you wanted to get a shot where it'd powerslide or drift around the corner, we'd go for the skinny tyre - one with less tread - to get the back mobile." Ah, drifting. Something we're a little bit familiar with...

And the stunt drivers - especially George Cottle - were actively encouraged to go and hammer the Tumbler into oblivion. "We didn't want the Tumbler wrapped up in cotton wool otherwise we'd compromise the film. We wanted them to go balls out, through walls, up kerbs, etc. It was scary for George. He had a big part to play in the success of the Tumbler because he was there for the entire development. Inside, he could barely see a thing - his nose was pressed up against the window most of the time."

This I can understand. Because now I'm strapped inside the Tumbler, sat on Dunsfold's cold test track, waiting for a hotride, and it's a bit...industrial. There's a fuel tank next to me (worrying), there are pipes and cables and steel plates dotted all over the place, the window on my side of the Tumbler is no bigger than a peephole, and the side-view cameras aren't switched on.

Thankfully, our driver for the day switches the engine on - but not before handing me a pair of sound-deadening earphones. "Be careful, it gets a bit loud in here." Cue the Chevy V8, and some internal ear death. Christ it's loud. We set off, and the first thing that becomes immediately clear is how serene the ride is on a smooth, flat test track. Batman's derriere must have been cosseted supremely by those enormous tyres. It's actually a lot like riding in a Jaguar XJ, albeit one with an added propensity for rockety-bullety-carnage.

I can't hear anything the driver is telling me about how it feels, but I can see him fighting with the wheel any time he even sniffs a corner. Check out picture number 2, above. That, dear readers, is the very definition of 'body roll'. But then it was built for taking down a battalion of armed villains, not the Hammerhead. We get a burst of corrective lock on one corner. Must be the skinny tyres on today.

Still, because there's no visibility, and the thing accelerates quite fast, and it rolls around like an agitated hippo, and those tyres are surreally cosseting, you somehow still end up feeling a little nauseous. God knows how Batman found time to drive this thing alongside torpedoing gun-toting baddies and "pancaking cop cars". Time for a break. Corbould smiles as he recounts exactly how quickly the Tumbler can accelerate.

"We had this state of the art camera arm mounted on the top of a Mercedes-Benz ML55 AMG," Corbould recalls, "and they struggled to keep up with the Batmobile on the set of Batman Begins. We were very proud of that." Quite. That ML55 churned out 347bhp from a 5.5-litre V8.

"They came back for The Dark Knight with a supercharged ML, and we were like, ‘game on'..."

The Dark Knight Rises is released on Blu-ray, DVD and Digital Download from 3rd December