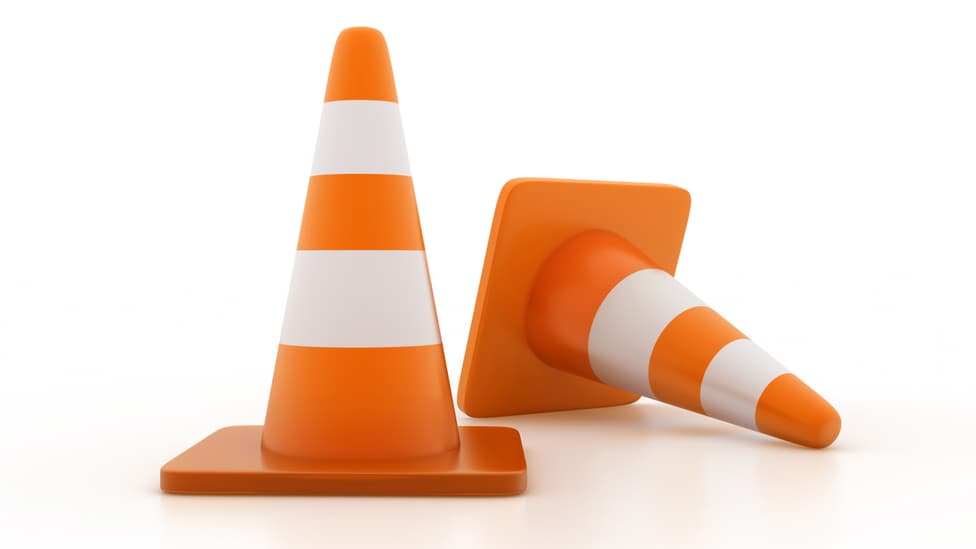 I consider myself an open-minded, welcoming citizen of the world. But I am also a proud Brit, and as a true patriot I must speak out against this invasion of our small, crowded isle. Today I stand before you and say: the whole traffic cone situation has got right out of hand.

Next time you’re in one of those endless 50mph ‘roadworks’ zones that blight our motorways, take a second to count the cones. Look at them, the tiny orange tyrants in their serried ranks, lining both sides of the carriageway, often two abreast, for mile after mile after mile. Thousands – tens of thousands? – of the joyless, pointy little autocrats, delighting in the tedium they inflict. Impenetrable, aloof, answerable to no one. Traffic cones are everywhere, and they’re tearing our society apart.

You may see a lump of moulded thermoplastic wrapped in hi-vis tape. I see a tool of social control. Think about it. Your neighbour stuck a few cones out on the roadside because she was ‘having a fridge delivered tomorrow and needed somewhere for the lorry to park’. But that was three days ago, and the cones are still there. Dare you move them and reclaim your parking spot? Course you don’t. Traffic cones are omnipotent, they’re taking over, and they’re doing it by stealth.

Indeed, after extensive research, I have discovered everything about traffic cones is conveniently uninteresting. Maybe this is because traffic cones are inherently incredibly boring, and therefore a terrible topic for a car-based column. Or maybe, just maybe, it’s a devious plot to make these orange interlopers appear less newsworthy than they are, to throw a fearless investigative journalist off the scent. Wake up and smell the coffee, droids! There’s something fishy going on here.

Am I saying traffic cones are definitely the pointy end of a pan-governmental, psy-ops, mass surveillance operation? Course I’m not. Some people might be, but I’m not. All I’m saying is, let’s keep an eye on them, yeah?