Opinion: is the VW Golf R too sensible for its own good? | Top Gear
Advertisement
Opinion

Opinion: is the VW Golf R too sensible for its own good? 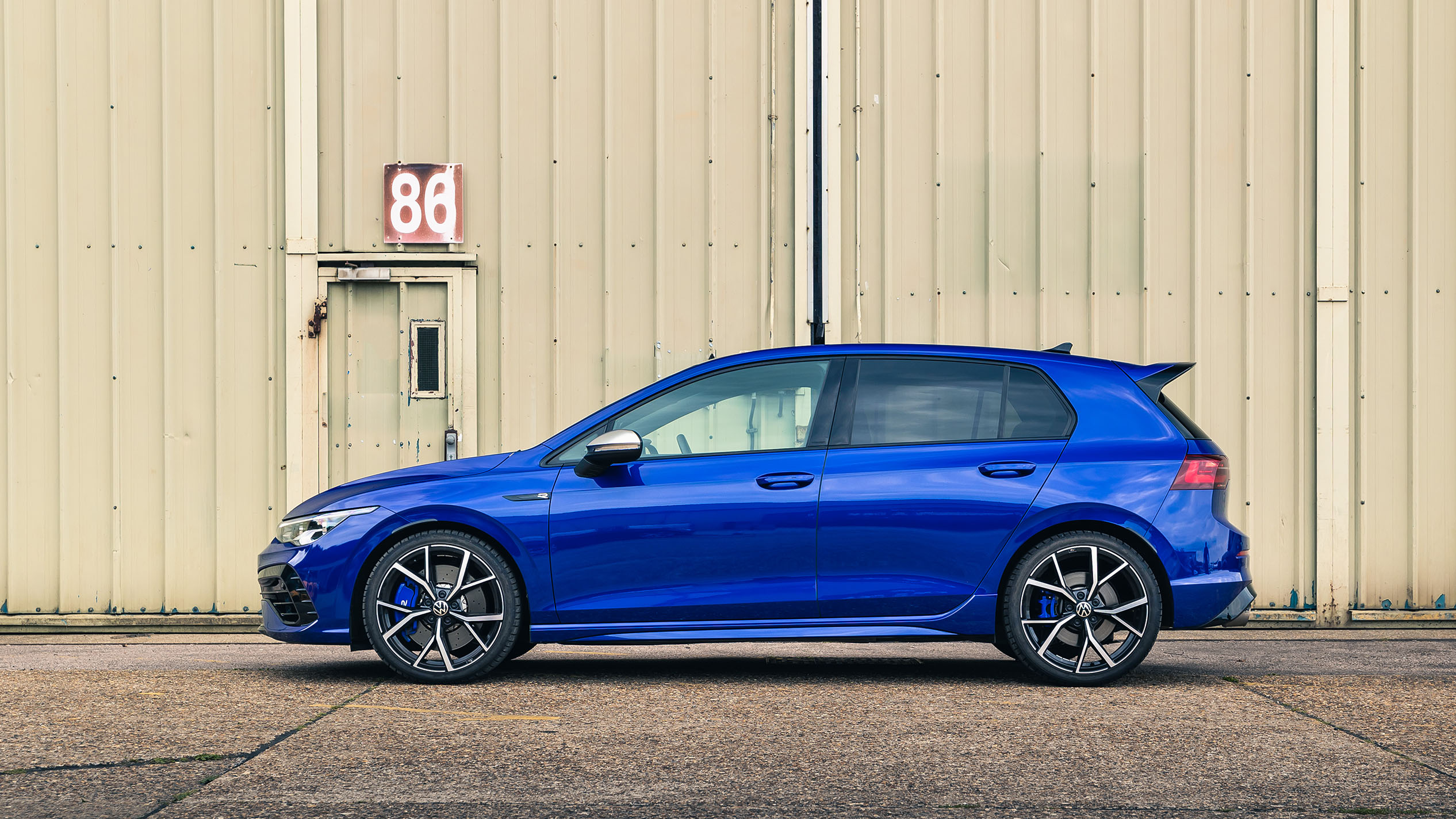 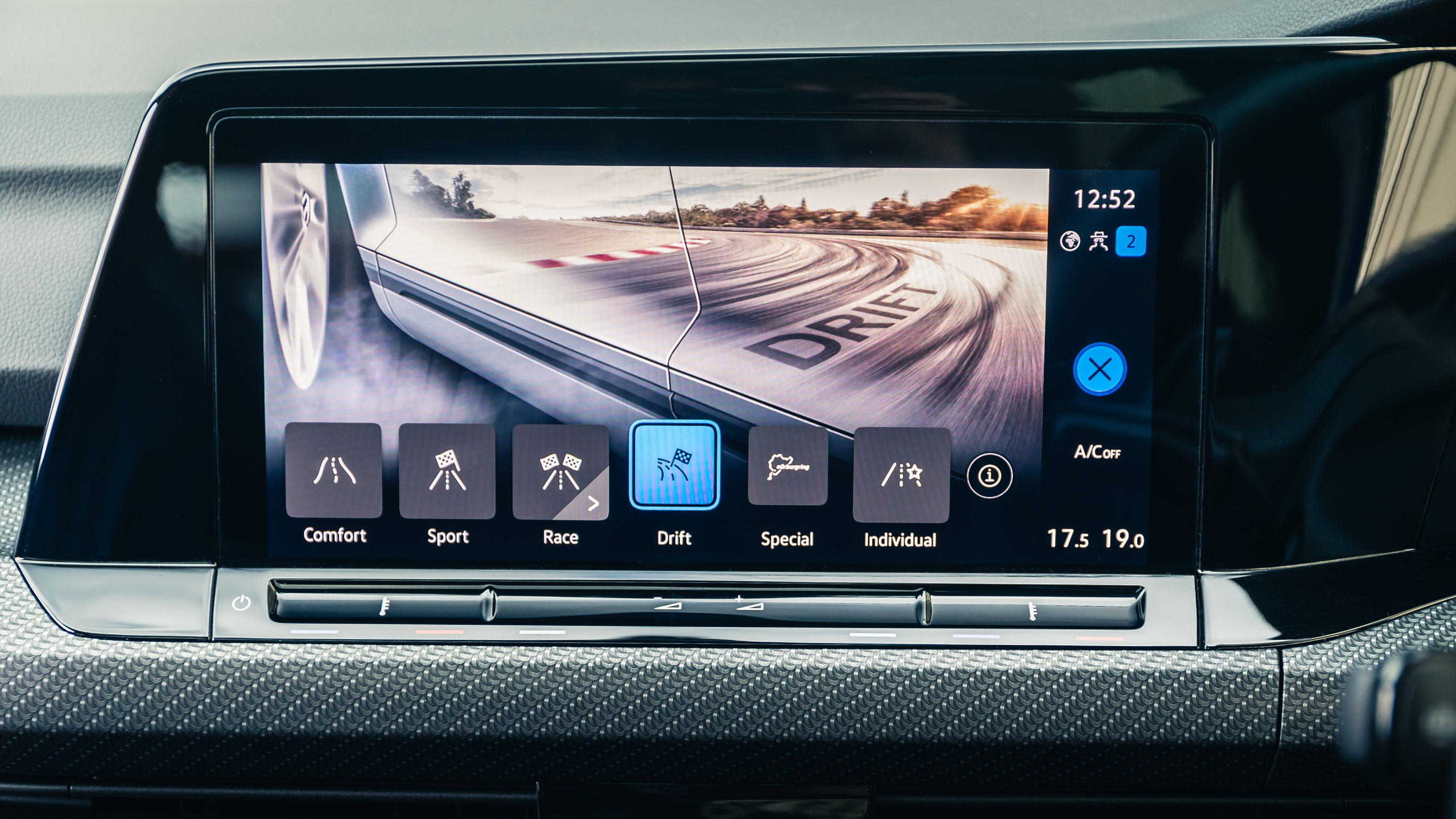 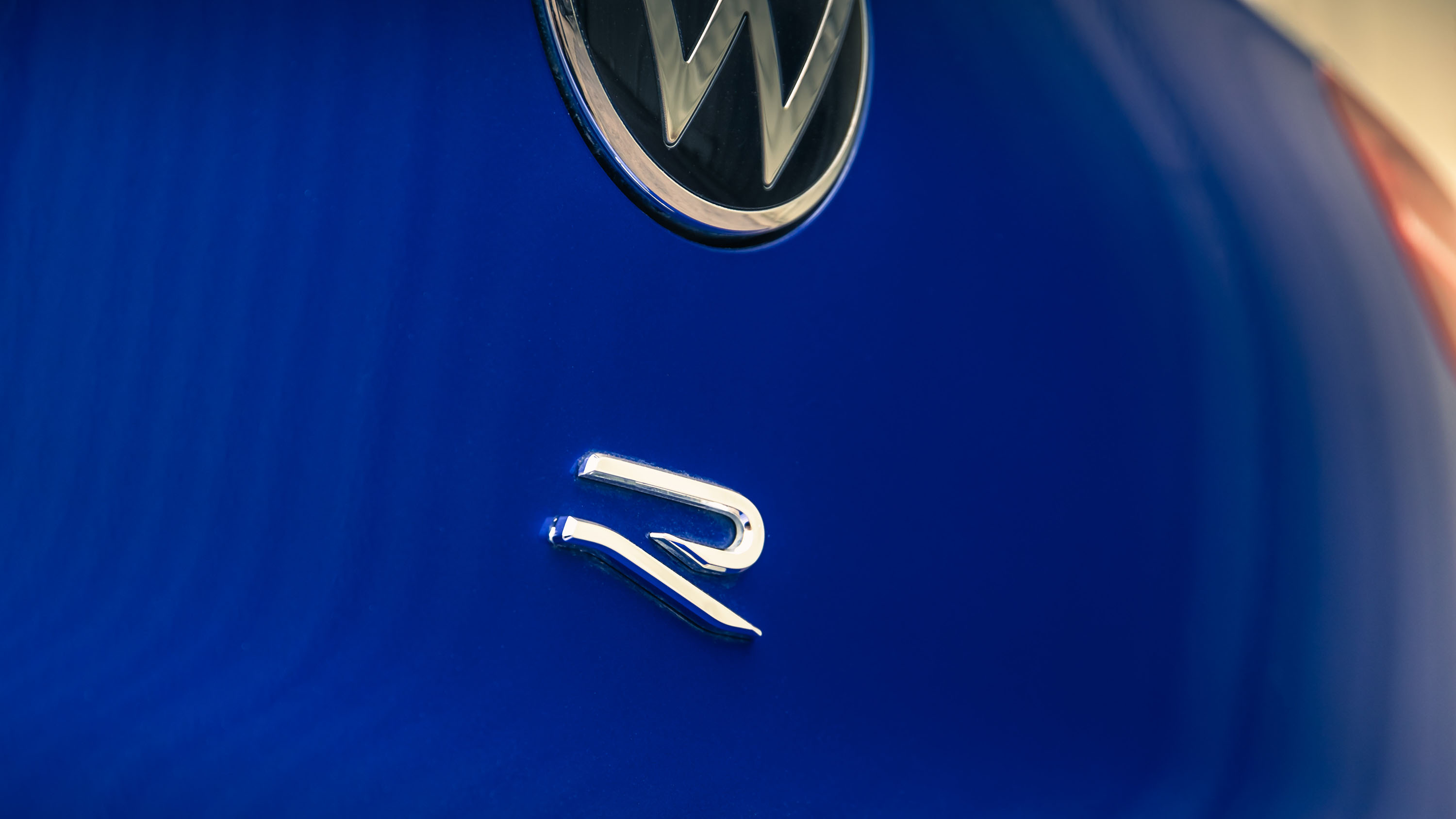 Sometimes it’s nice to just pop the old’ Perspective Spectacles on (perspectacles?) and remind ourselves how crazy-fast normal cars are these days.

And yet… the Golf R did not triumph in Speed Week's hot hatch showdown. It never triggered the same ‘oh go on, one more lap’ syndrome as the victorious Hyundai i20N. Why? Well, we’ve done a little investigation to see if the latest super-Golf is a bit too much VW, and not enough R…

Short answer: no, they’re not. Not for a car which now starts at over £40,000. Where are the bucket chairs VW bolted into the old Golf GTI Clubsport? They should at least be an option. Instead we’ve got squidgy bolsters upholstered in velour offcuts from a 1980s London Underground train. 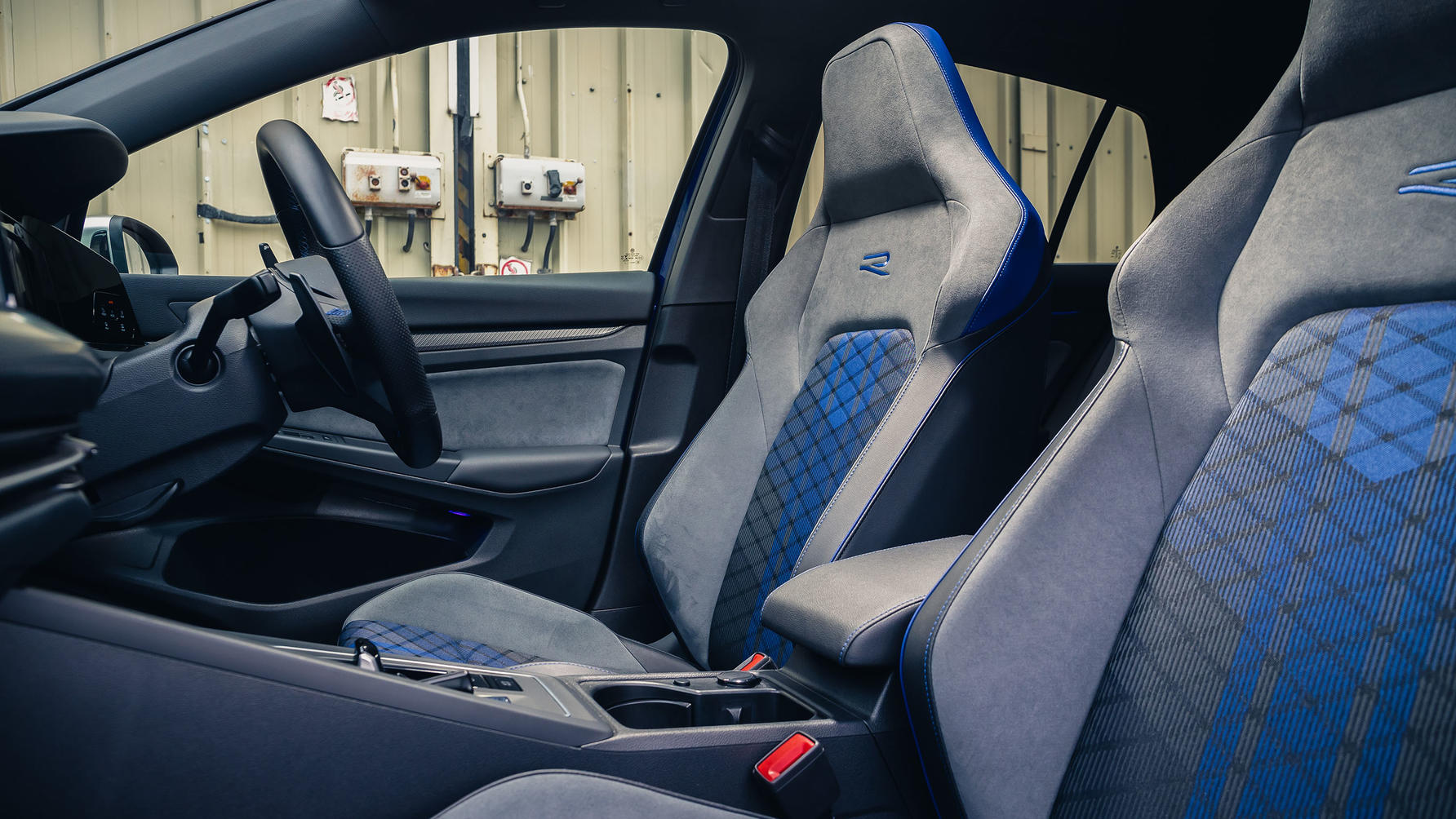 Seats set the tone in a hot hatchback. Hyundai and Ford do them ever so well. But Volkswagen seems to have accidentally supplied its ultimate performance car with chairs built for comfort, not for speed.

Again, no. And that’s not for want of trying. As you can see, this particular Golf R was supplied with the optional titanium Akrapovic exhaust. It’s lighter than the standard pipes, it looks sharp-tipped and menacing, and for £3,100, you’d expect it to sound like a dragon suffering from a bad bout of hay fever. 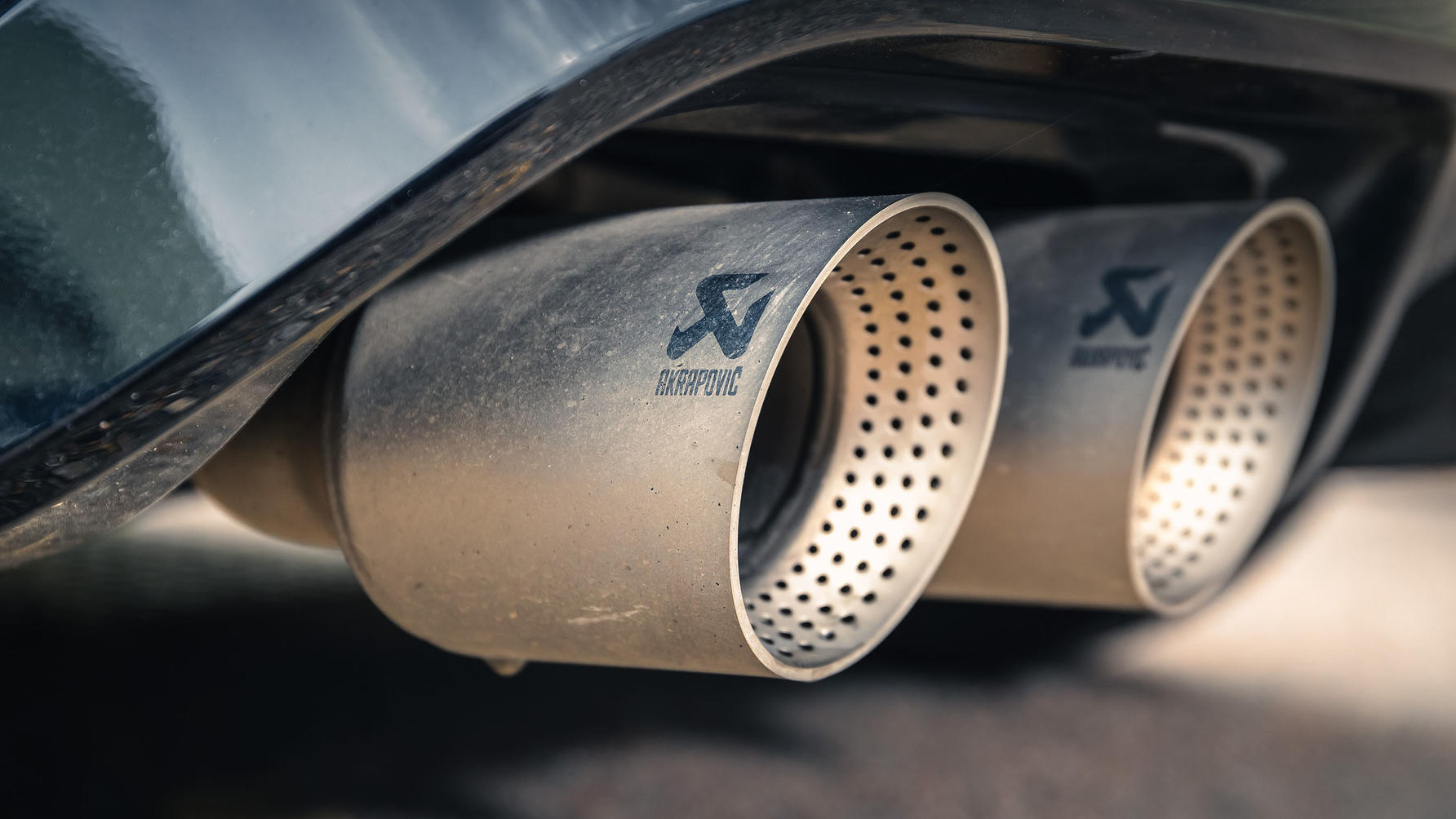 But because of the mandatory petrol particulate filters that muffle all European cars’ exhausts, even with the trick ‘pipes, the Golf R simply doesn’t make much of a racket. Barely a pop, let alone a bang, and seriously lacking in bass. Inside, the noise is augmented by the speakers, like a lot of modern fast cars. Which is fine and all, but why on Earth would you check three grand at the options list when the stereo is working harder than your tailpipes?

Your neighbours will appreciate it though, I guess.

We’re into the realms of subjectivity here. I like my hot hatches on the lairy-looking side, and the exception that proves the rule is the Golf, which should always be a bit more subtle. This R is equipped with the Performance Pack (£2,000 to you) which adds a lot of the attitude you see here: 19-inch rims, the taller roof spoiler, and some hidden bits we’ll come back to later. 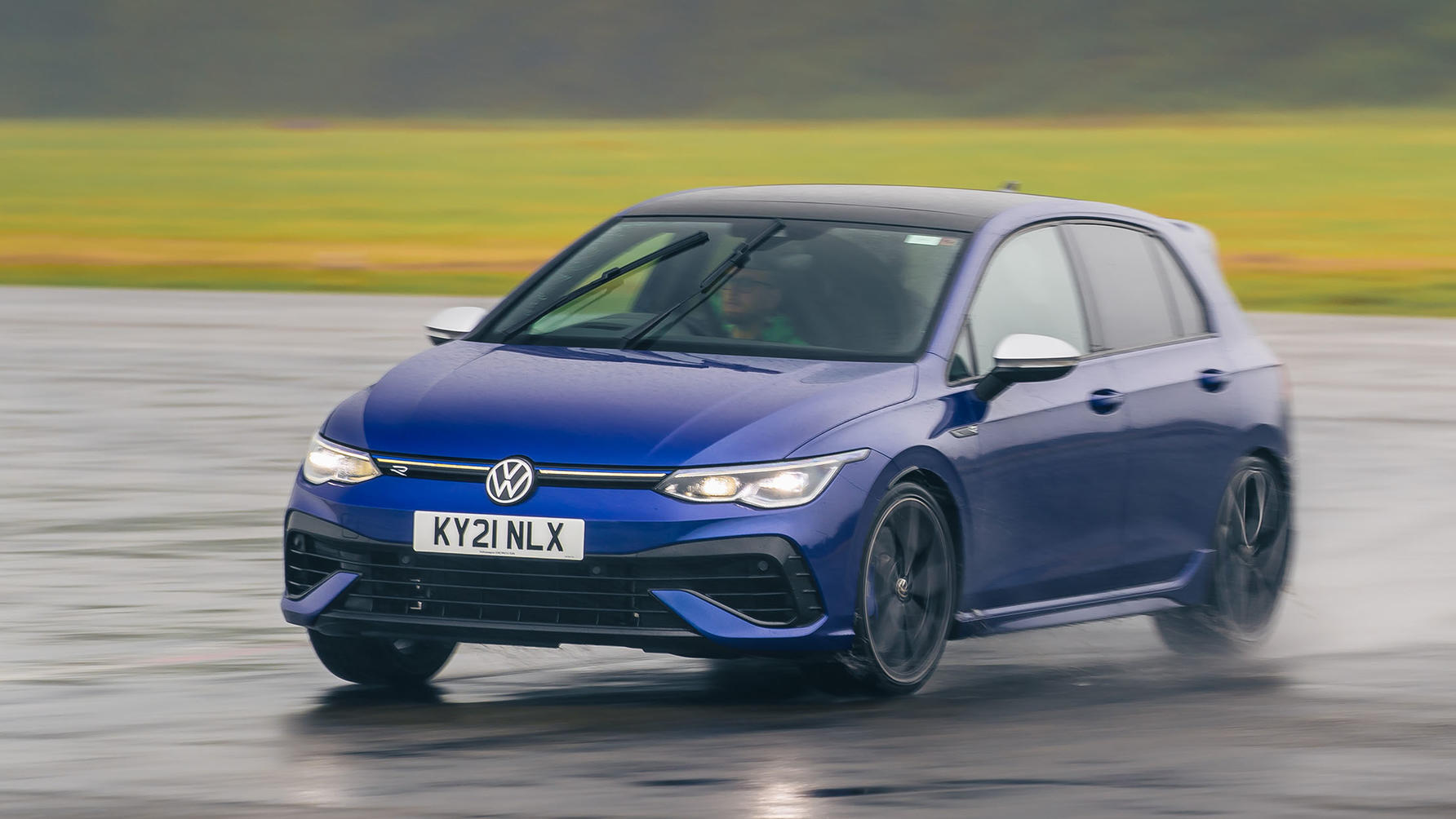 Personally, if I was about to drop the thick end of £50k (as tested) for this Golf R, I’d be a bit miffed the Volkswagen doesn’t have the punchier, widebody stance of the new Audi RS3. Where that car gets wider tracks and flared arches, the Golf looks taller and narrower. Easier to park, I suppose.

4.    Will you ever actually use Drift mode?

Right, let’s get into it. The headline for the Golf R Mk8 is this powerslide-o-matic feature that’s only unlocked if you spend £2k on the Performance Pack, and then prod the slow-reacting touchscreen.

Particularly amusing is this disclaimer screen that pops up when you fancy a skid. Can you image now many lawyers have had to be consulted to get the wording on that just right?

If and when you’ll actually use Drift Mode is a tricky one. Because of how the clutch packs overspeed the rear tyres to kick the tail out, the Golf R covers masses of ground when trying to slide. So you’re never going to do it on the public road, because that would be dangerous, and you’d need a roundabout the size of Jupiter. 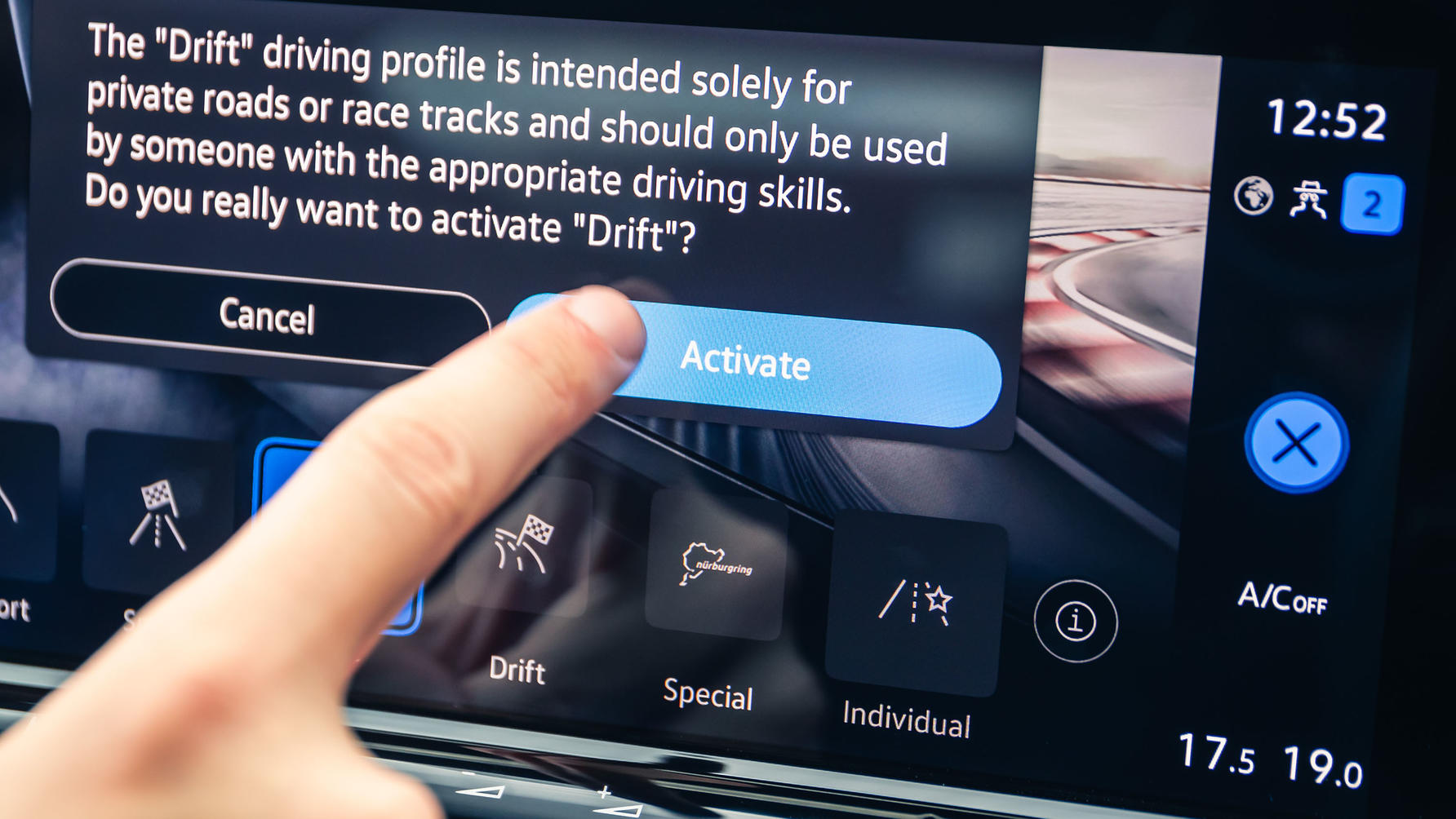 On a track day? Drifting gets you black-flagged. And on a skid-happy drift day, the wetted surface will confuse the system and it gets ever so pessimistic, grabbing the car as the computer senses it might be about to get quite sideways.

The funny thing is that on the road, the hardware that makes Drift Mode possible actually makes this Golf R handle fantastically. You can get the nose tucked into the corner and then really sense the rear tyres juggling the power and rotating the chassis through the apex. It doesn’t just feel like an understeer-only fun sponge, as AWD-VWs used to.

It’s sensationally fast and feels more alive underneath you than expected. But it isn’t a drift hero.

It’s too sensible for that.