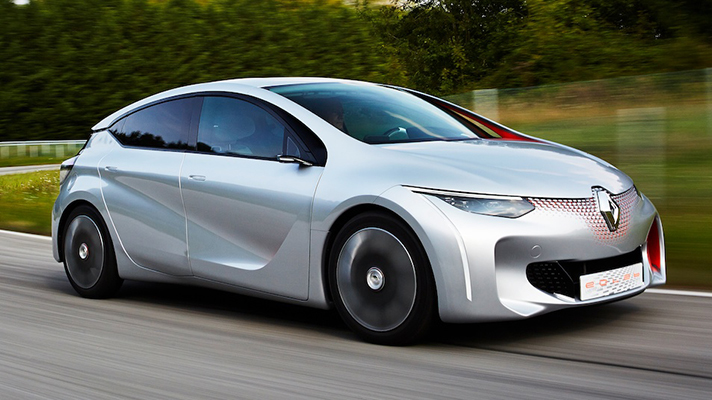 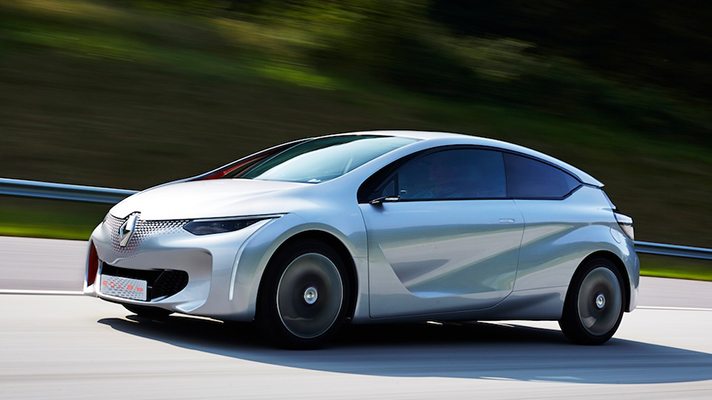 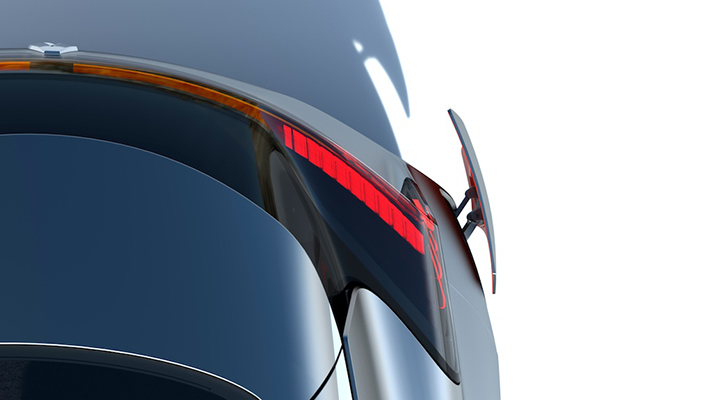 The Eolab is much more than a slinky piece of motor show eye-candy. It embodies two years'-worth of intensive engineering research and more than 100 innovations in powertrain efficiency, light weight and low drag. And it works. Top Gear has driven it.

It weighs a staggering 250kg less than a Clio, even though it has a battery and plug-in hybrid powertrain. The rated fuel economy is 282mpg. That's pretty well the same as a VW XL1 - but it carries four people, matches the space and boot of a Clio, and the performance matches a 120bhp petrol Clio too.

Even if it's never plugged in, it would go half as far again on each litre of fuel as that regular Clio.

Unfortunately, Renault isn't planning on selling any. The ultra-light body - which uses various composites plus ultra-high-strength steels and magnesium - would be a nightmare to build in today's factories, not to mention to repair. (Mind you, the XL1 isn't built in a normal factory either - they set up a special workshop to do the job largely by hand.)

So what's the point? Renault reckons that nearly all the ideas in the Eolab will be possible for production by say 2020, and many of them much sooner. The car was built in response to a French Government challenge to both Renault and PSA to demonstrate ideas for cars for the end of the decade that are affordable and mass-produced and can do 2.0litres/100km (141mpg).

The powertrain has more short-term significance. It has a developed version of the Twingo's three-cylinder engine, making 75bhp, plus a revolutionary, simple, transmission-motor unit that fits the space and weight of a normal five-speed gearbox. Renault engineers say this is now under active development, to be used to sell plug-in hybrid Clios by around 2018. For well under £20,000, they say.

The Eolab has active aerodynamics - including a deployable front splitter, 'ears' that detach the airflow from the rear bumper, hubcaps that form a flat disc when no brake cooling is needed, and a self-levelling suspension that drops ride height at speed. With those in their slipperiest settings the Cd is a startlingly low 0.227, but that's only a part of the story. Eolab also has a minuscule frontal area of just 2 square metres, so total drag is tiny.

Because of the reduced area, the body is low. The front seats are further forward than usual, and the engine is inclined backward as it is in the Twingo. The windscreen is thin to save weight, and fairly upright, which again reduces the glass's area and weight. To disguise this, strongly raked false blades sit proud of the A-pillars. These don't have a structural or aero role, but they show how the designers wanted to make the car look seductive as well as perform well.

This low position makes the car feel sporty when you drive it. And the light, sparse seats are comfy. Mounted to the steering column are phone-sized screens showing speed and car info on the left and navigation on the right. The main central tablet shows all sorts of graphics for how you're using energy. The rear-views have their own permanent screen area, as the car has lipstick cams instead of mirrors. Mirrors, after all, are ugly, heavy and draggy.

You've got an electric parking brake. This is a neat example of the depth of joined-up thinking throughout the car. An EPB is lighter than a handbrake. But they went further: instead of a mechanical steering lock, the car unlocks itself by releasing the EPB when the key is present. There's no need for a steering lock, so the steering column needs less reinforcement and can be lighter.

A shiny, drilled knob the size of half a golf ball is marked for PNDR. OK, let's touch the starter button and turn to D. Eolab has a 'weekday' mode where it emphasises driving by electricity as it assumes you're commuting. Range is 40 miles, and top speed 75mph, before the engine starts. But we're in 'weekend' mode, which lets the engine and electric power combine for better performance. Top speed is limited to 100mph, 0-62mph is 9.0 seconds.

It always moves away electrically. It's silent, smooth, responsive and as clean-feeling as EVs always are. Then the petrol engine starts at about 25mph. Because you're already rolling, it chugs to life unobtrusively. Whatever you do with the accelerator, it stays running as long as you don't drop below that speed.

The patent transmission has just three gear ratios and no clutch. One gear set is driven by the engine, the other two by the e-motor, and they're brought into use in various combinations. This means the car can effectively change gear between four 'gears' (not just three) with the engine running, and the engineers say it should feel as smooth as a double-clutch. At the moment it doesn't - there's a notable pause, like an early single-clutch flappy-paddle. Anyway, it's a lively enough little car, and easily feels like it can make the claimed 0-62 in 9.0 seconds.

Usually, concept cars are far too precious and fragile for proper driving. Not this one. It's actually a 'prototype'. They used another pristine non-runner for the Paris show itself. Although that doesn't make this one any less valuable. What the heck - the engineer drives pretty briskly around Renault's corner-rich test track, and seems happy for me to do the same. It's a car that works.

It can be chucked into bends without a care, and finds about as much grip as a decent supermini, despite the skinny aero tyres. Again, that's its lightness paying off. It rolls a bit but you feel quite racy sat down low. The power steering feels unnatural going gently but actually gets livelier when you're cornering hard, so the fundamentals are right.

Like any energy-conscious hybrid, the Eolab harvests energy by electric regeneration when you brake. The pedal isn't mechanically linked to the brakes, so the blending of regeneration and friction is determined by computer. The pedal needs more calibration: it's grabby. But it stops you.

We got to the test laps via a potholed farm track. Which went to prove the ride is supple and the body feels impressively tight and rigid.

Renault insists most of the innovations won't be too costly. For instance, the lightweight body might cost more, but it allows for a simple, cheap n/a engine and a small battery at just 6.7kWh. Brakes, suspension, steering, cooling and exhaust are all reduced too.

But the main thing is, it drives like a normal car. It looks rather better than that. If this is the supermini of the next generation, we're in.