Photo of the day: Subaru Impreza vs Mitsubishi Evo | Top Gear
Advertisement
Photo of The Day

Photo of the day: Subaru Impreza vs Mitsubishi Evo

As Mitsubishi brings the Evolution name back, here's one of the very best examples 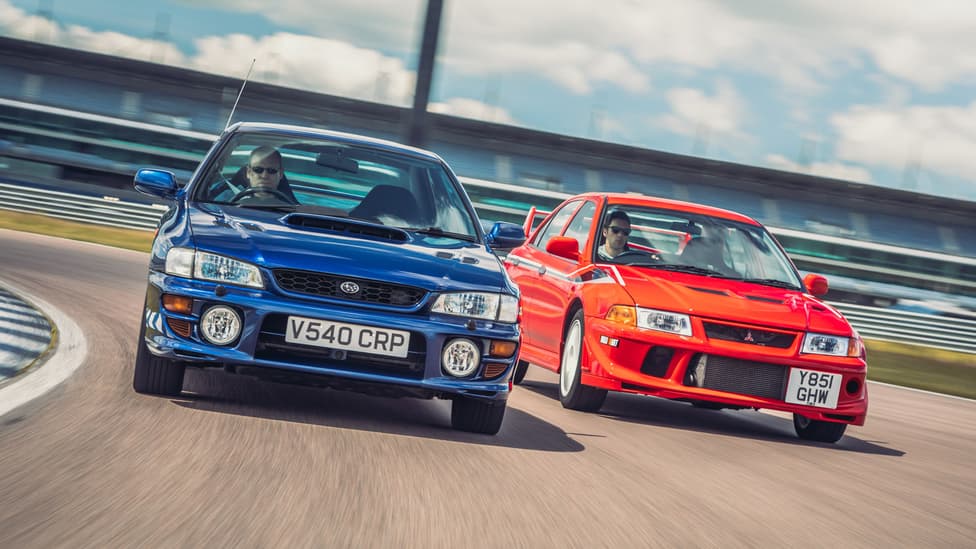 Mitsubishi has announced an all-new Evolution. Which would be enough to get anyone in their late teens or over into an exciteable mess, if it wasn't for the fact it's morphed into an artificially intelligent electric SUV. Oh.

Because we are (comfortably) over our late teens, the news has had us reaching for the rose-tinted specs to place across our dewy eyes. It's had us harking back to the days when 'Evolution' belonged on the back of highly strung Lancer saloons with rally-bred mechanicals and track-bred aero.

Cars like the Lancer Evolution VI Tommi Makinen, pictured above battling with its contemporary foe, a Subaru Impreza Turbo. We gathered both together recently for a test of the Gran Turismo video game heroes. Despite  being down on power and glamour to the NSX, Skyline, et al that surrounded them, they were more fun by far.

"It’s immediately up on its toes, eager to play," we said of the Evo. "While its 4WD system no doubt delivers strong grip when you want to drive in an efficient manner, that’s utterly irrelevant. It’ll be barely half a lap before you’re turning it in on the brakes to get it moving around."

The best news? Get clever in the classifieds and you can get a Lancer Evo for as little as £5,000; a good Evo VI can be had for £10,000. You'll struggle to spend that little on any new car north of a Dacia. A good Tommi Makinen will be at least £20,000, and easily more. But if we could, we really, really would...