This boxy Volkswagen 4x4 is the Audi R8's true ancestor

In 1980, the VW Iltis won Paris-Dakar. But what happened next is even better 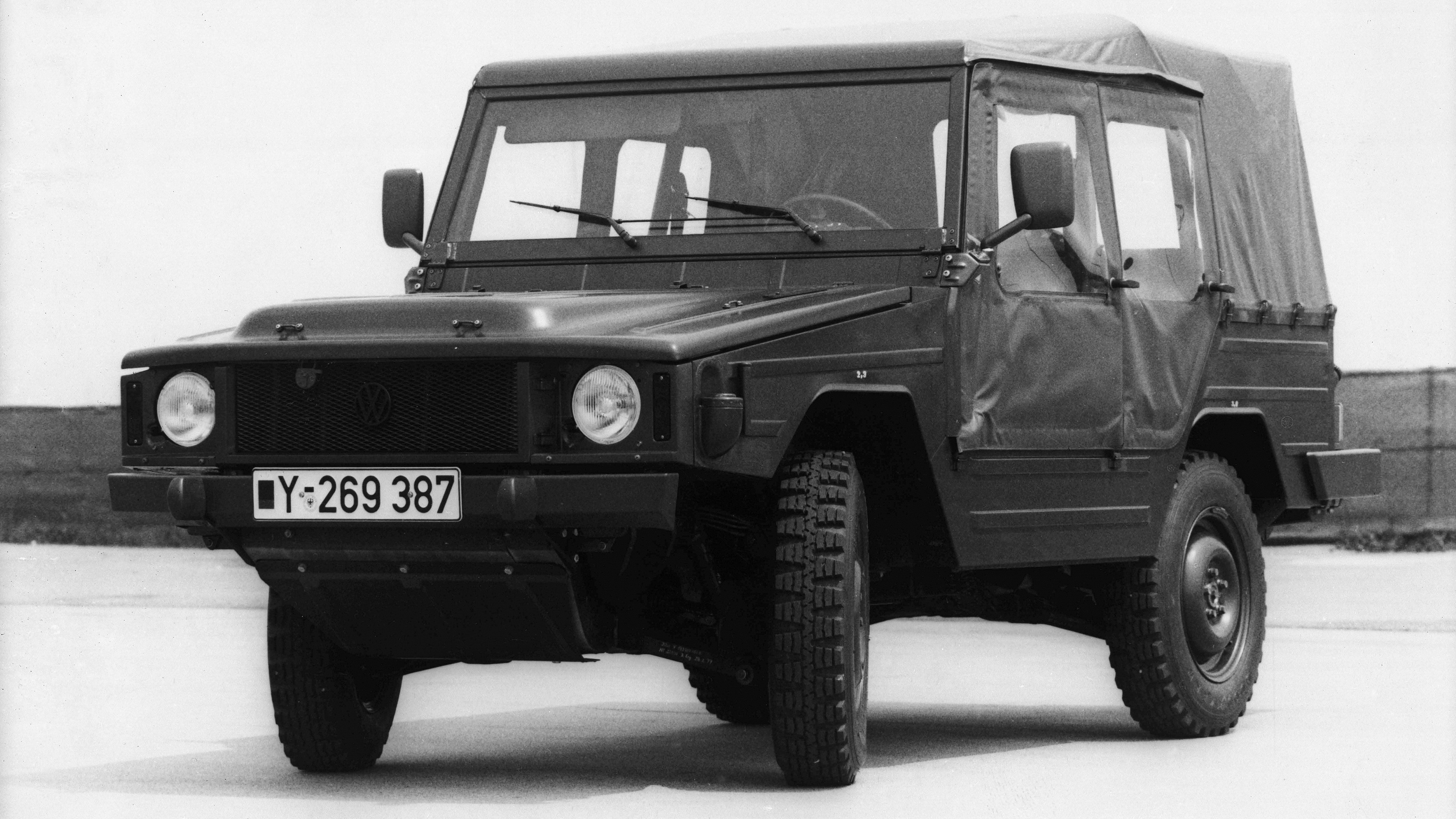 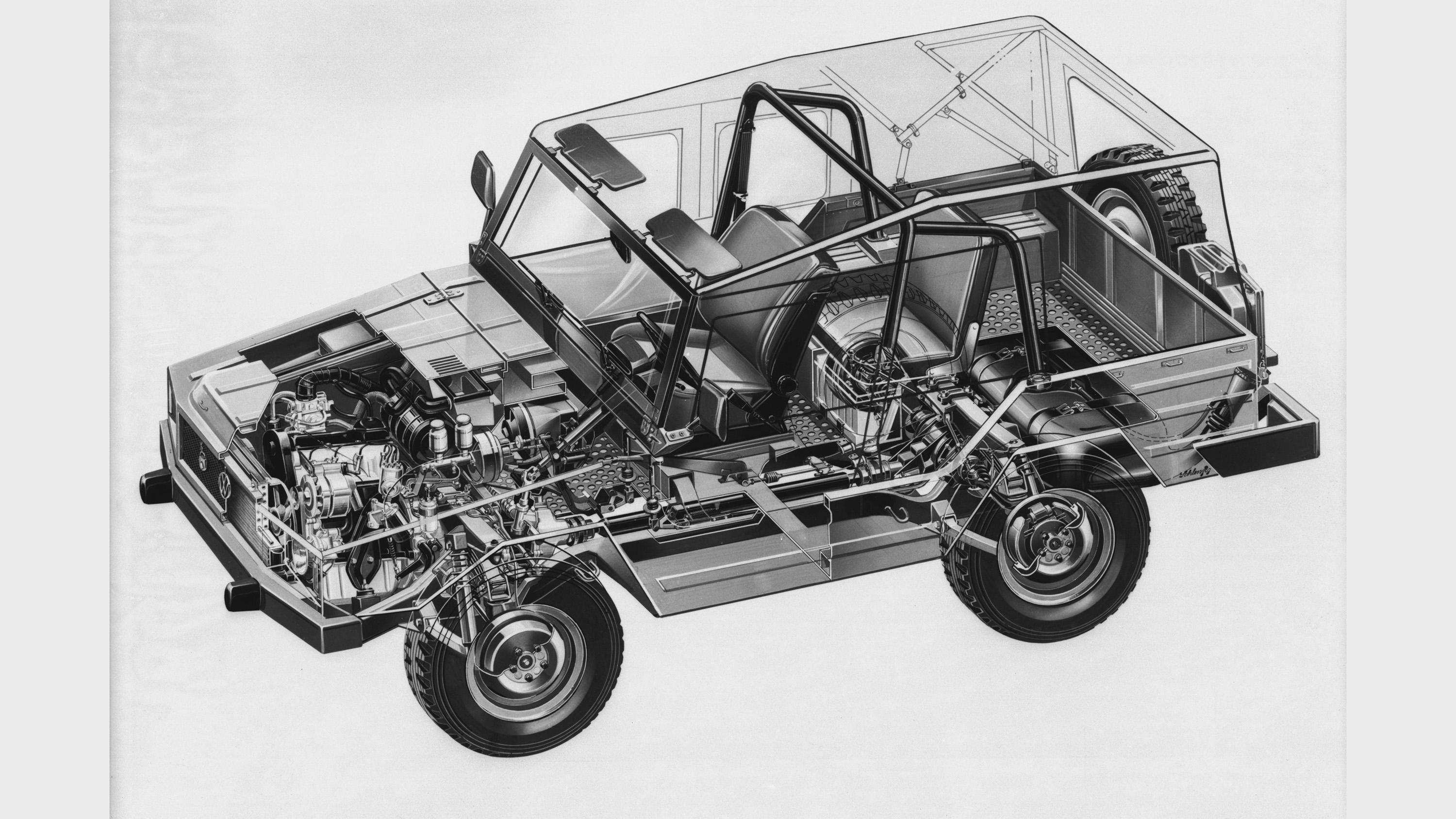 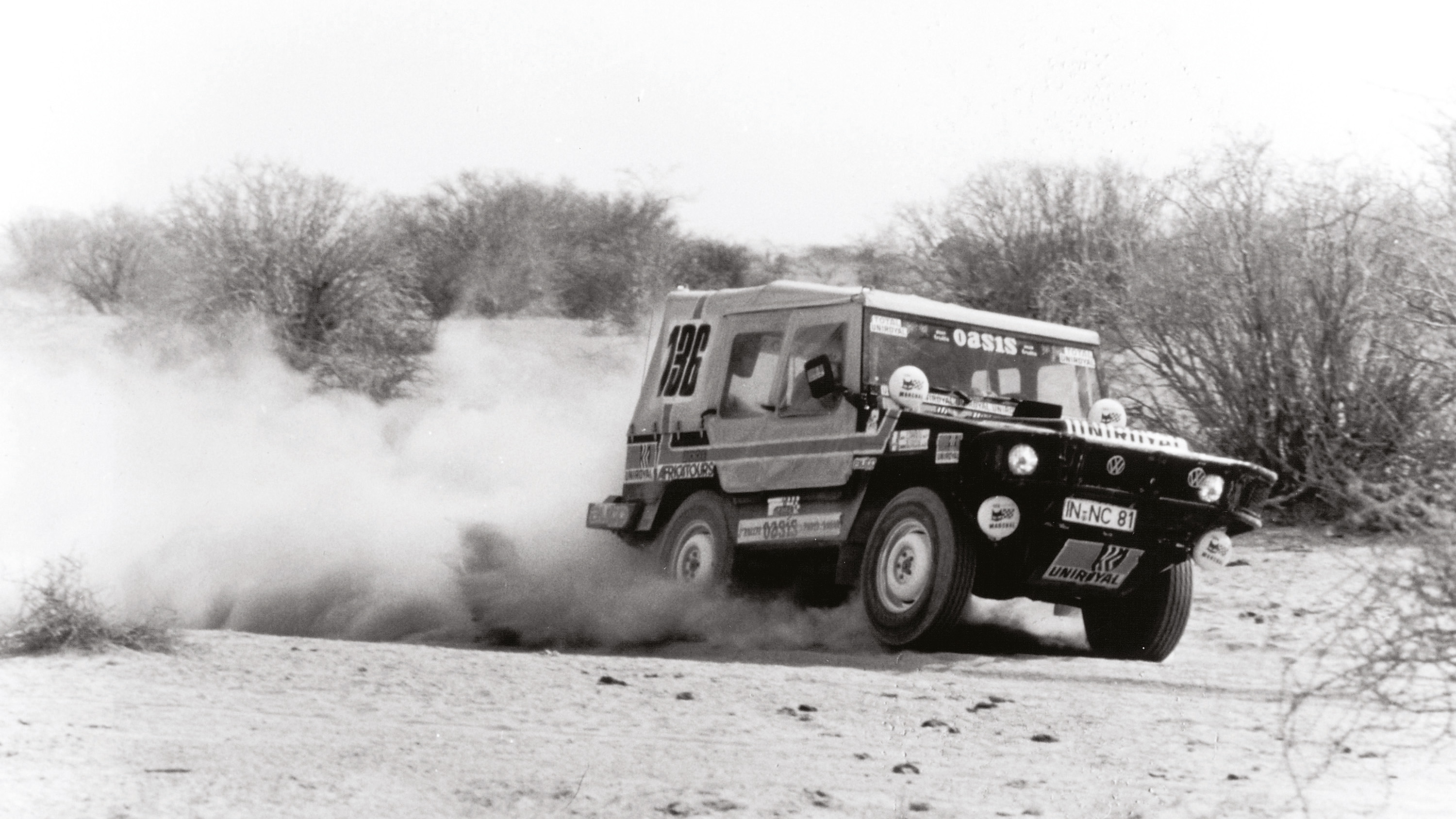 This rather strange looking vehicle is the Volkswagen Iltis. It’s a military 4x4 that also spawned a civilian version. Born in the late 1970s, it was an evolution of something called the DKW Munga, brought up to date by borrowing parts from the Beetle and Mk1 Golf.

Up front is a 1.7-litre engine with 70bhp – a mighty 75 if you pour in premium fuel – while its four-speed gearbox has an additional ‘G’ ratio, representing ‘gelände’, aka ‘terrain’. The drivetrain beneath it all is a mechanical four-wheel-drive system which defaults to rear-drive until the driver engages the front axle off road.

VW has chosen to revisit the Iltis because 2020 marks 40 years since its unlikely win at the 1980 Paris-Dakar in the hands of Freddy Kottulinsky. There were three examples of the Iltis in the top four, in fact, with a bloke called Jean Ragnotti driving one of them.

The dinky little Iltis was entered into the race as a supreme underdog. “Volkswagen hoped to achieve two goals,” says, um, Volkswagen, speaking in the third person. “First, to impress the French military – hence, entry in the Paris-Dakar – and secondly to generate interest from the general public in the civilian model, which faced an uphill battle within the emerging segment that would come to be known as the high-end SUV.”

But what actually happened afterwards is why we’re bringing this blocky little tough mudder to your attention today. As you’ll have likely clocked, the Iltis did not take off as a road car, else we’d have recently ushered in the Mk8 Iltis rather than the significantly less tenacious T-Cross.

The Iltis attracted attention inside, rather than outside the VW family. “In Sweden, Audi was using an Iltis as a support vehicle while testing in the snow when it noticed that the Iltis’ four-wheel drive system handled the weather better than anything else, regardless of power,” Volkswagen’s history lecture continues.

“An idea sparked: what if the Iltis’ four-wheel drive system could be modified and placed into a road car?”

It’s no coincidence that the VW Iltis’s Paris-Dakar win is the same age as the Audi Quattro, that iconic coupe being the fruits of engineers' idle musings on a frozen lake in Scandinavia. Early Quattro prototypes were basically an Audi 80 with Iltis oily bits fitted beneath.

With no Iltis, there’d be no Quattro. With no Quattro, there’d be no RS2. Keep following those breadcrumbs and it’s fair to say the Audi R8 owes much of its existence to a plucky little military 4x4 conceived in the Seventies with a box of Beetle spares.

The last Iltis rolled out of the factory in 1982, but its legacy will surely last as long as the car itself. Tow a trailer across to Europe and you can bring one home with change from £5,000. Tempted? 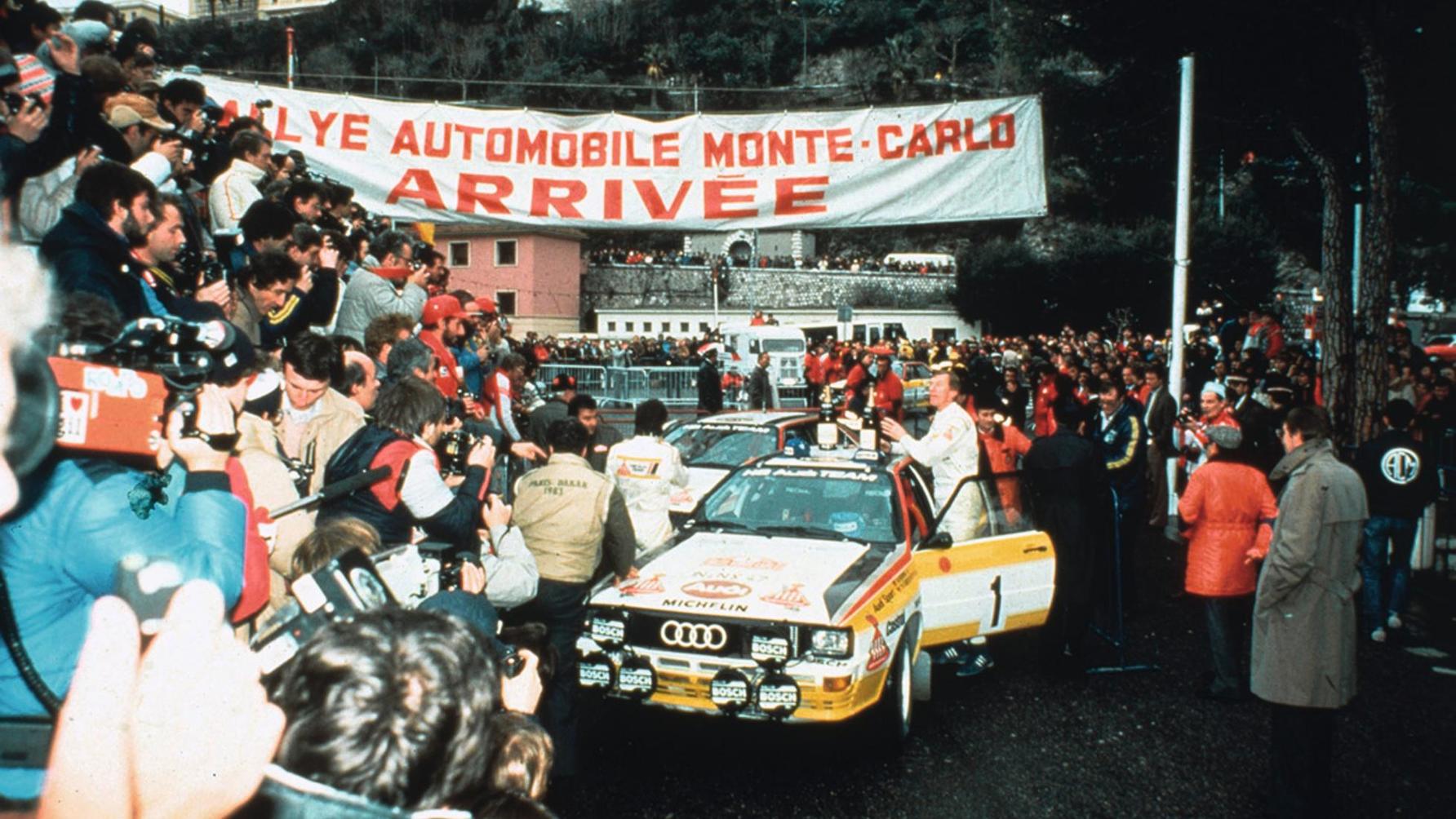