Review: the 462bhp Mercedes-AMG GT, driven in the UK 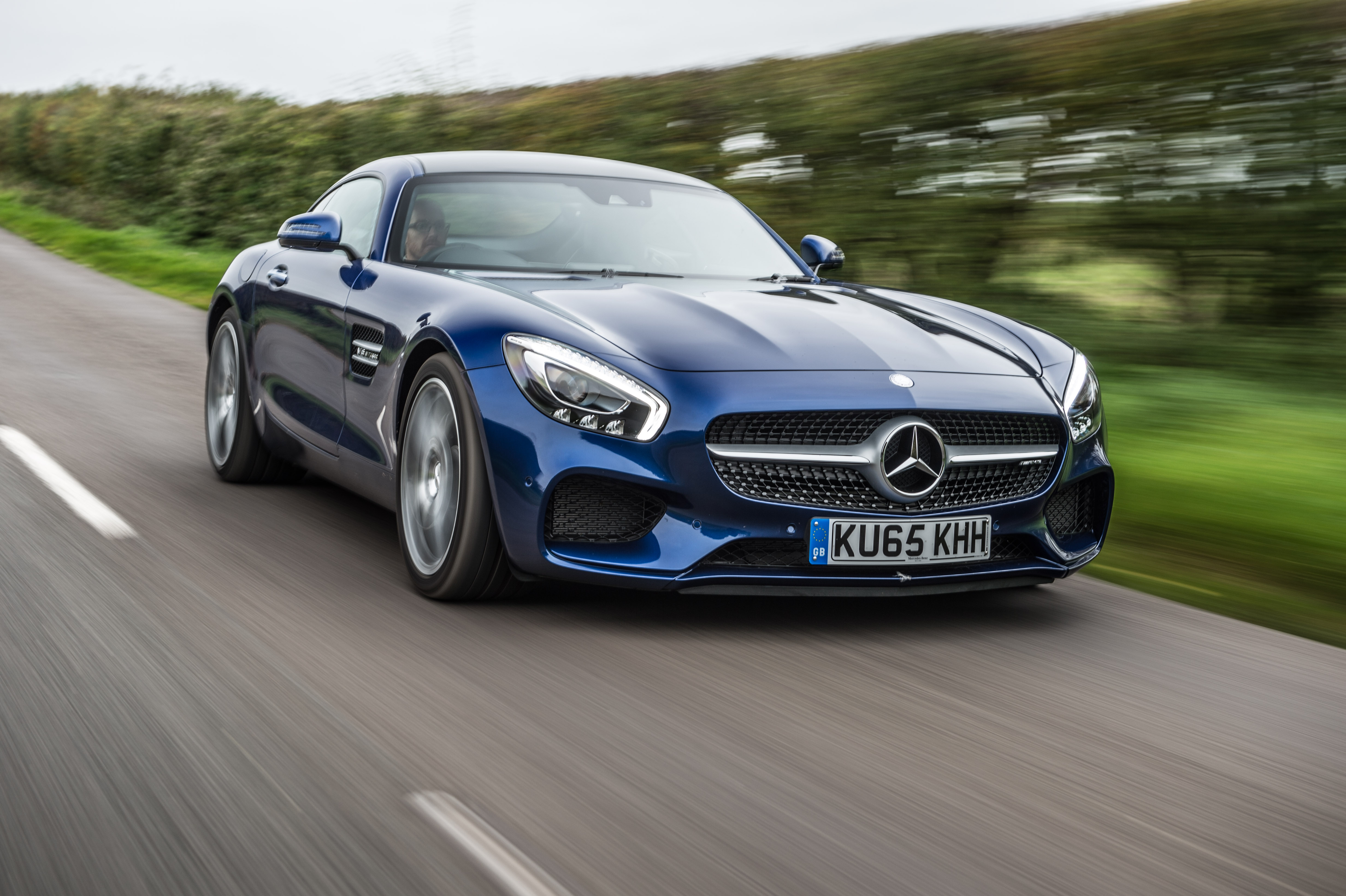 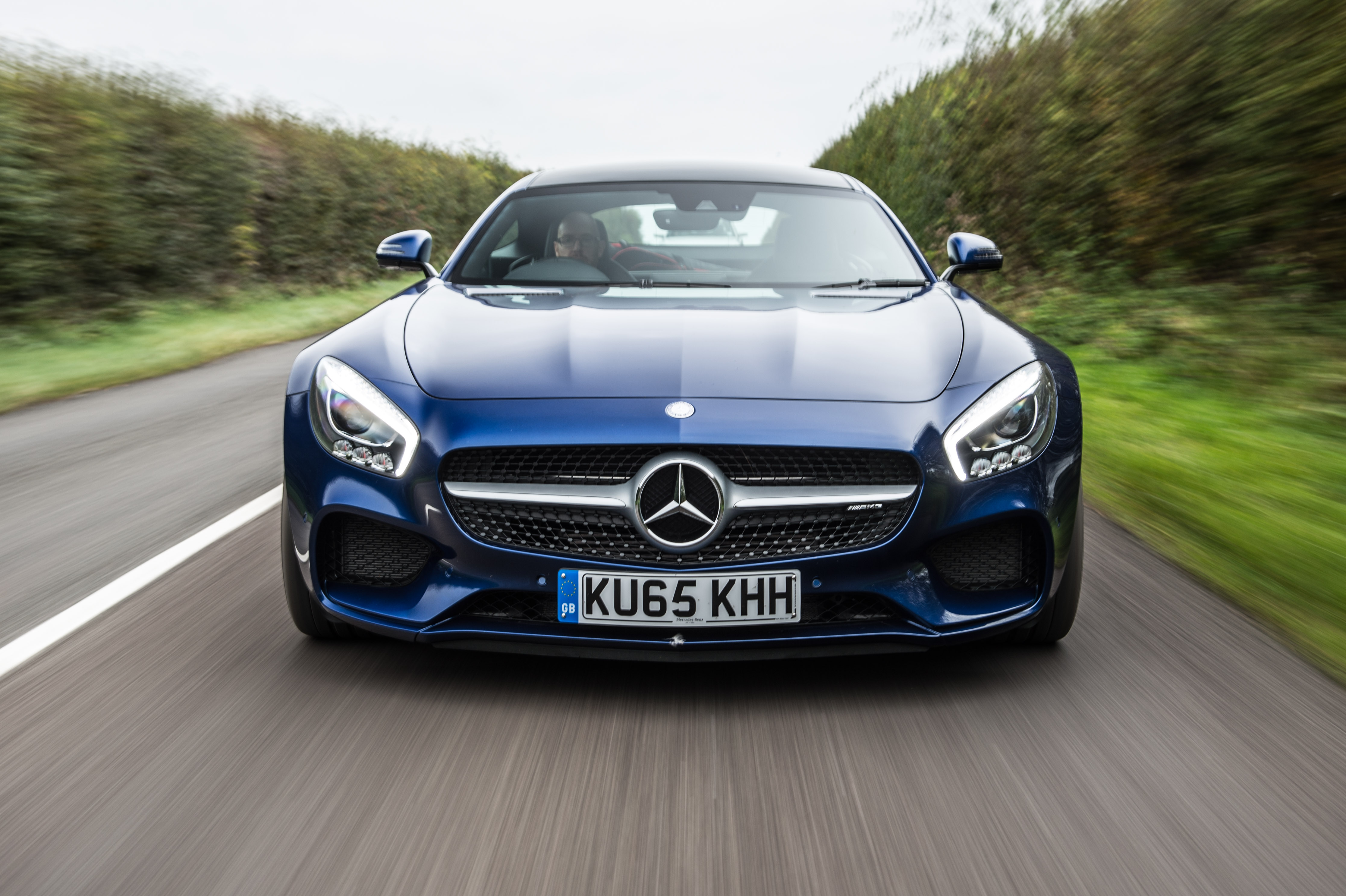 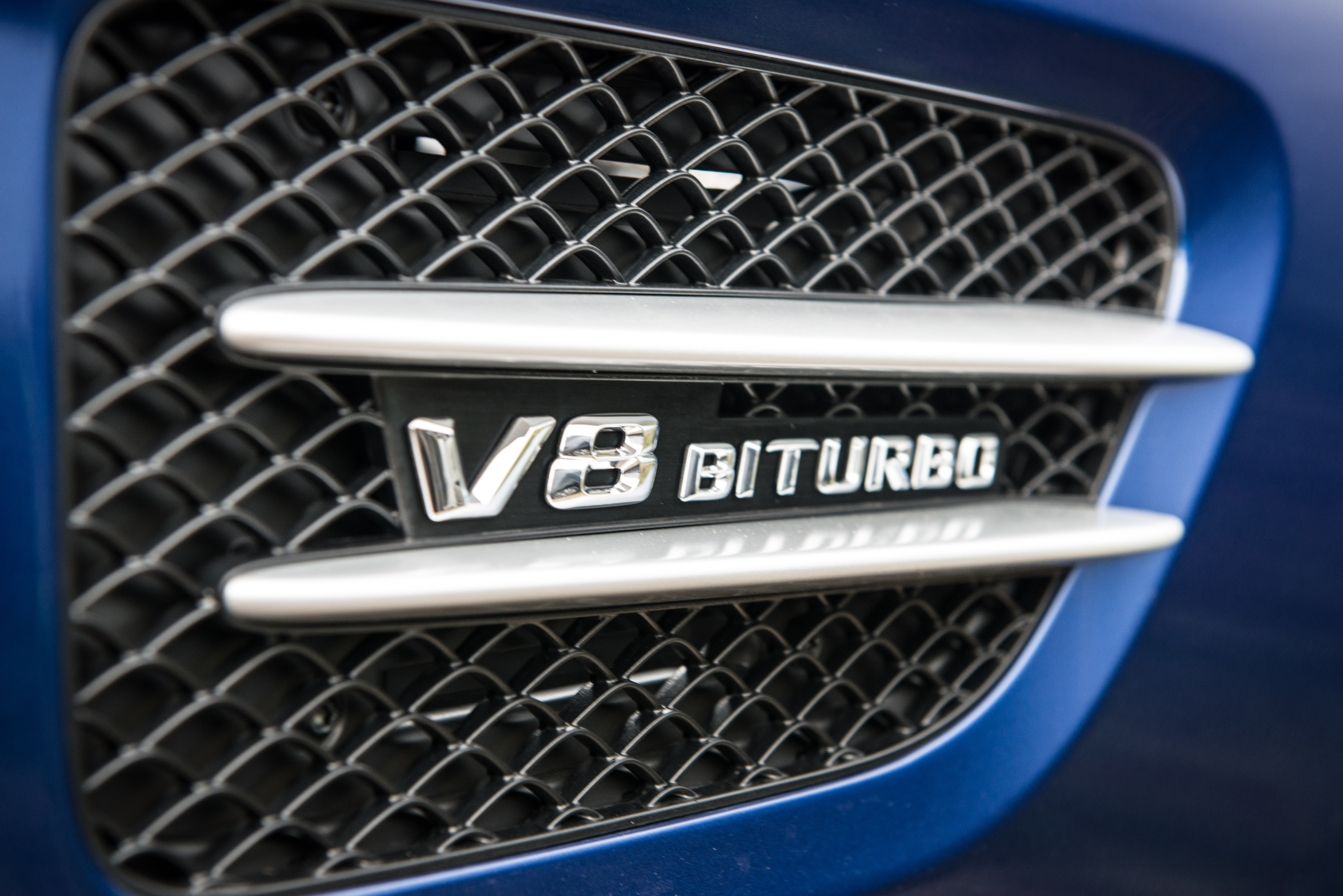 That’s a £13 grand saving over the GT S, for which you must get by with 462bhp instead of 510, a fully mechanical limited slip diff instead of an electronically controlled one, 30kg less weight (1615kg plays 1645kg) and regular, not adaptive, dampers. For £1,495 you can add the last of these back in if you so wish.

I’m not entirely sure, but more on that later. Be nice to have a choice of ride quality, but would happily get by with the lower power and the standard mechanical differential. After all, it’s not like the twin turbo 4.0-litre V8 is short of grunt.

Now, sometimes engines that peg the torque to hold it in a nice straight line can come across as a bit linear, but this one still feels rampant: digs in hard and shoves at low revs, thumps through the mid-range and positively demolishes the top end.

0-62mph in a claimed 4.0 seconds (0.2 back on the S) and a top end of 189mph (4mph down) ain’t exactly slow, but it’s the speed of response that really staggers. Ultimately the GT doesn’t hit quite as hard as a 911 Turbo, but it’ll pull out the initial hard yards with more alacrity.

Merc seems to have got to grips with turbocharging very rapidly, and it’s the ability to react fast to throttle inputs that’s one of two things that sets this engine apart.

The noise. It’s all things to all people. Well, all people that like internal combustion engines. The twin-turbo V8 erupts into life, rumbles around town like an old school muscle car, and once clear of obstructions (such as built-up areas), becomes utterly thunderous, the sound hardening and intensifying as the revs rise into a full blooded howl.

How, how has Mercedes managed this, when we so often criticize other marques for stumbling when they add turbos? I’m tempted to think it’s all in the exhaust system, as that, rather than the intake, is where the noise emanates.

You can tone the noise down with a button on the centre console, but it’s the sort of richly textured rumble that seems to go down well with absolutely everyone, so why bother?

An acquired taste. If you like to feel hemmed in with few places to rest your elbows, then this is the car for you, but the high centre console is obstructive and the controls, especially the gearlever, sit too far back along it. OK, so you don’t need the gearlever that often as you’ll be pulling the paddles, but every time you fiddle with the sat nav or sound system or tweak an engine setting it feels like you’re resting an arm on a shelf.

Combined this with the slit of a windscreen and the long, thrusting prow and it makes you feel a bit… small. Well it does if you’re five foot nine. Still, it’s got a decent boot. Nearly big enough to swallow me whole.

Is it still quite an angry car?

Compared to the GT S, this one is noticeably gentler and more relaxed. Which might mean that even in ‘Comfort’ mode the AMG Ride Control suspension on the GT S is harder than the non-adaptive set-up in this car.

Because this one is relatively soft. The GT rides more than capably, never feels harsh and actually exhibits body roll through corners. If you don’t ask too much of it you’ll never have an issue. Yeah, it jounces a bit on bumpy roads and takes a jiffy to regain its composure, but keep things steady and you’ll get along fine with it.

You’ll quickly feel much less at ease. The basic problem the GT has is that you sit a long way back, which means you’re distanced from the action. To combat this Merc has made the steering sharp. Too sharp. And fitted fat 265-width front tyres.

What this means is, if you start travelling that bit faster, instead of nibbling its way into corners, the GT lurches and takes chunks out of them. It’s hard to accurately calculate your trajectory, all the more so when you’ve got a bit of roll and delay to factor in as well.

So the way to drive the GT is to smoothly guide it into bends, without trying to broach the limits of the front tyres. If you do, the chances are you’ll be answering to the traction control, or, if you’ve disabled TC, a rear axle that’s decided to join the party much earlier than you’d planned.

So slow it down more, get it settled, then add power, get the weight transferred and use the impressive traction and that strong mechanical differential to drive it out the other side.

You have to be aware of and manage the bodyroll, keep it all under control. Yep, slow in, fast out, keep it neat and tidy. You overdrive the GT at your peril.

So it’s not a hardcore sports car?

The GT S tries quite hard to prove it’s a proper fighter, with mixed results, although it’s undoubtedly better than the GT at keeping itself under control in extremis.

Nevertheless, I think this version might well be the sweeter of the two, as it’s not trying so hard. It has a slightly different tempo, which suits the character and layout of the car better.

If you’re looking at the GT as a daily driver to mooch about in, lollop down the motorway and pin your ears back on the occasional A-road, this is the one to have. It’s more biddable, a GT with a real GT vibe.

For me, the 911. But there’s no denying that the old-school charms of the GT, its sense of occasion and layout making it very different to anything else out there, and that exerts a powerful appeal.

If you’ve looked at a 911, an Audi R8, decided a Nissan GT-R is for someone younger and an Aston Martin for someone older, then the AMG GT is here for you. Looks the absolute wotsits, too.