In the first of four tests, we pit Toyota's new coupe against its Z4 sibling 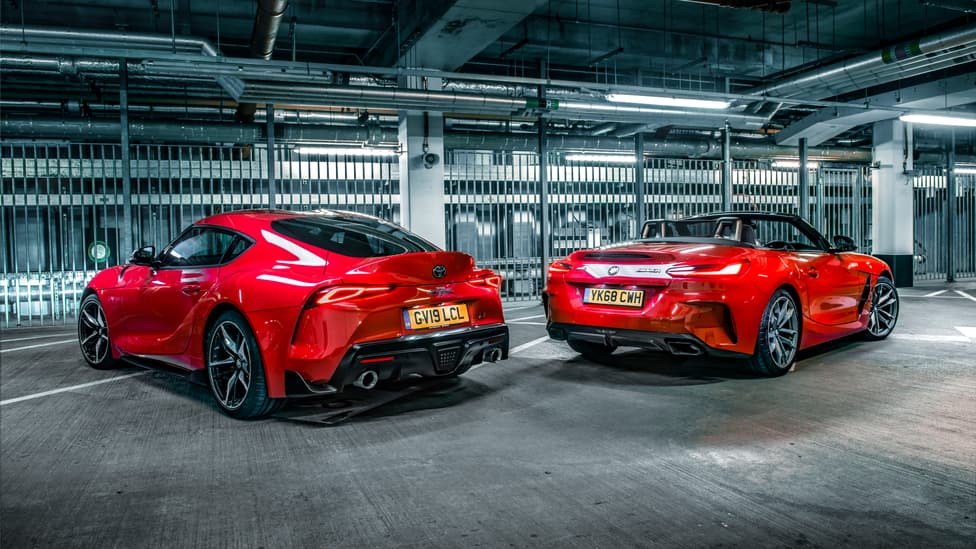 Ne’er before have two cars been mentioned in the same breath more often. Supra and Z4, or ‘Zupra’ if you ask the wittier corners of the Top Gear office. We all know the story by now: Toyota wanted to revive the Supra badge but needed a partner to make it financially viable. BMW had the straight-six engine Toyota needed, wanted to keep their Z4 alive, and fancied saving a few quid themselves. So Toyota and BMW butted heads for a bit, defined the chassis, engine, gearbox and electronics that BMW were putting on the table, stuffed them in a couple of wheely bags and parted ways to go and meet their separate briefs. Bit like an automotive Ready, Steady, Cook.

But here’s the thing. This might seem like the most obvious twin test in the world – who built a better sports car from the same box of bits, Toyota or BMW? - but meaningful head to heads are supposed to compare two cars that overlap in terms of price, power and function, in the hope it offers buyers in that nook of the market some assistance. But I can’t see anyone cross-shopping between a Supra and a Z4, because despite being grown from the same seedlings, the differences are deeper than one has a roof, the other doesn’t – they’re philosophically polar opposite. This comparison then is more out of curiosity, than necessity. 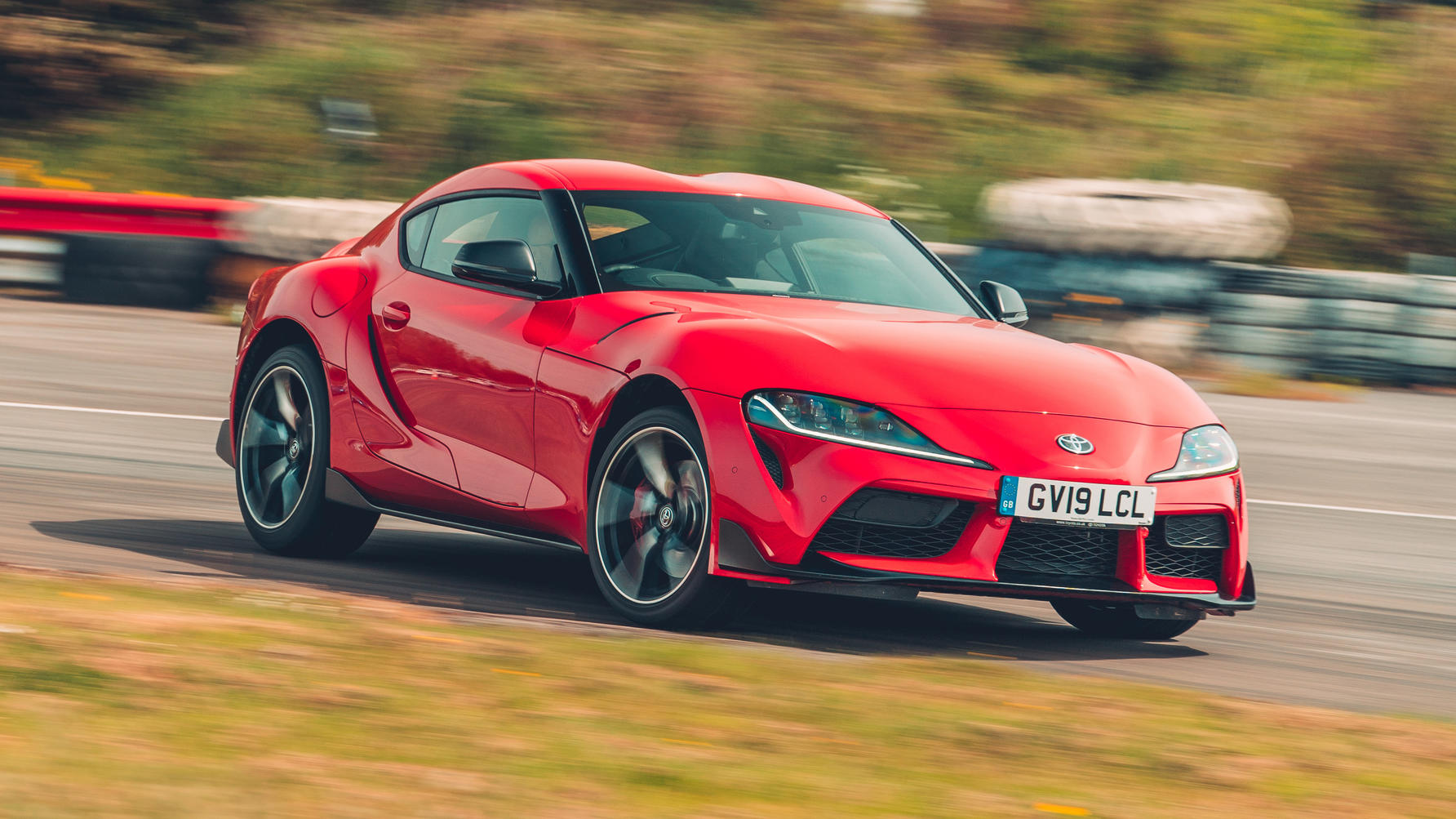 Toyota could have called this car a Celica, but it didn’t, it’s a Supra, and that carries a weight of expectation that it’s built by driving enthusiasts, for driving enthusiasts. People that buy a Supra want everyone to know they know their cars, and how they accelerate, handle and sound matters. The Z4 on the other hand carries no such baggage – quite bizzarely really given it’s a sports car from a company obsessed with the art of driving fast. The Z4 is a device for looking flash, travelling swiftly and with just enough handling chops to make the most of a good road should one present itself.

Let’s start with the powertrains – because despite Toyota claiming this 335bhp 3.0-litre turbo straight-six has been tuned to their specifications it feels identical to the Z4. Smooth, cultured, brimming with muscle, but out of puff beyond 6,000rpm. It’s a superb engine by any measure and knocks most four-cylinders for six, but has the same character in both cars. Same goes for the gearbox – it’s smooth enough, but very… like the BMW's. I would like to have seen a manual offered in the Toyota if I’m honest, it’s the one historical Supra touchpoint left unchecked.

The Z4’s design doesn’t mean anything to me, it doesn’t move me... but the Supra does

Strangely then, the powertrain isn’t the Supra’s main event, it’s the styling. Makes sense I suppose, the one bit Toyota had total control over they went berserk with. Parked next to each other the BMW has a more middle of the road appeal, which is a nice way of saying it has a face only a mother could love, while the Supra with its angry expression and muscled rear is unashamedly in your face. Perhaps it’s the hint of 2000GT - Japan’s first proper supercar - in the long bonnet, or whispers of the last-gen A80 Supra in the front and rear, or the utter madness of that multi-layered rear end, but for some reason the Z4’s design doesn’t mean anything to me, it doesn’t move me... but the Supra does.

The Supra’s interior cleaves opinion down the middle. Half are grateful that the glut of BMW hardware on show means better quality than any other Toyota on sale, the other half physically wounded that Toyota didn’t take the time or money to disguise it more carefully. I’m more interested to discover that not only has BMW given Toyota swathes of switches and screens… it appears to have given them the old ones they had lying around. The Z4’s interior feels a generation on. Sneaky. On closer inspection they are running the same screen, knobs and dials, but BMW has taken the time to dress them up in more brushed aluminium and several acres of knurling – visual confirmation of where BMW thinks its customer’s priorities lie. 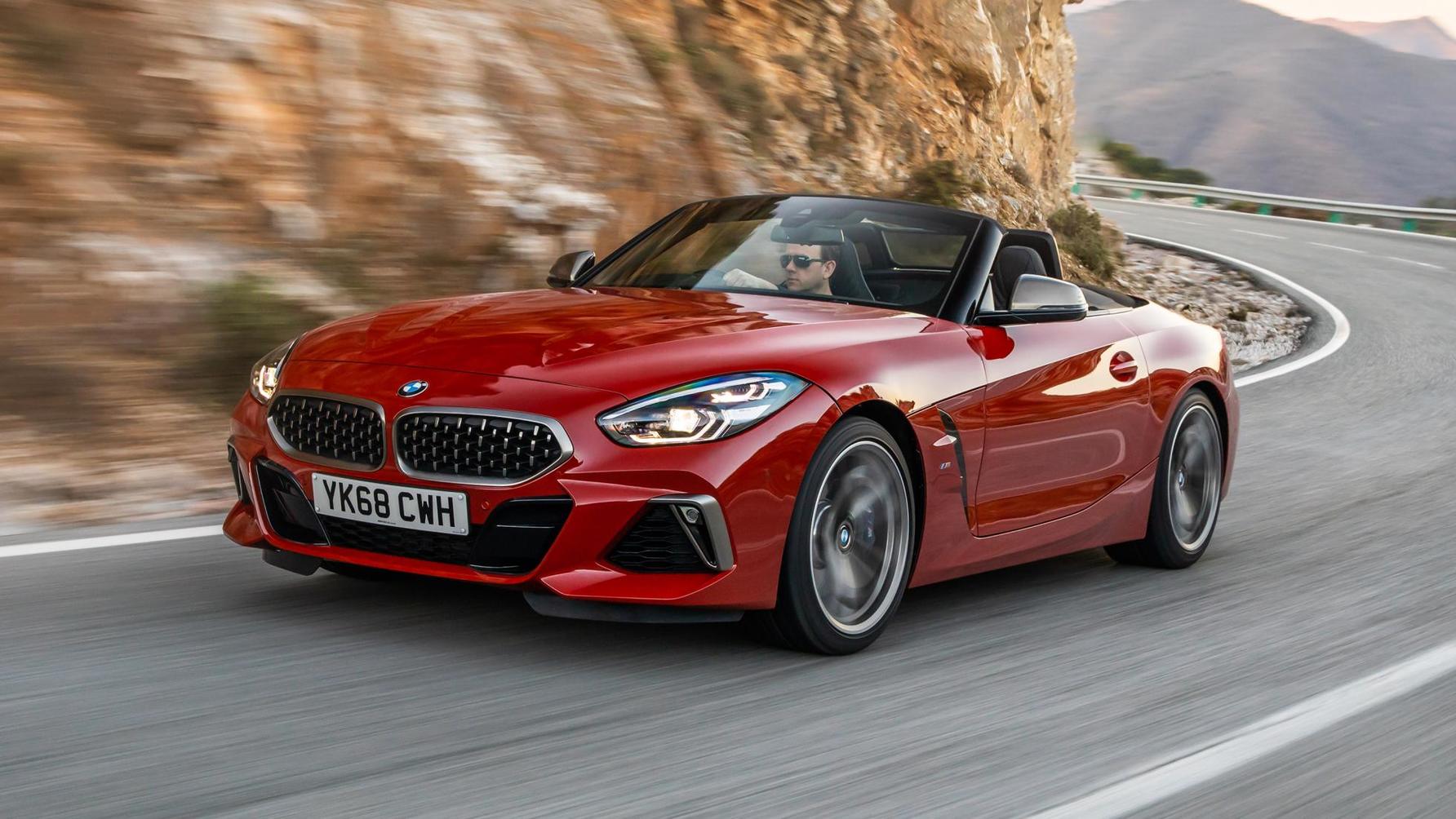 In terms of the handling, the Supra’s just so sure-footed, broad-shouldered, stable on the road… and plenty of other clichés if I can think of them. Basically a really good balance between refinement and accuracy - yes, it’s happy doing third-gear drifts on a track, but really this an excellent road car at heart. It’s realistically rapid. The steering isn’t loaded with feel like an Alpine, but it's precise enough and the body shell is actually stiffer than the LFA, so Toyota isn’t messing about here. It’s not the most agile or exciting car in a class that contains greats like the Cayman and Alpine, but it’s an accomplished all-rounder nonetheless.

What’s fascinating is how BMW can take the same building blocks and produce something so devoid of fun. When God was handing out sense of humours, the Z4 slept through its alarm. It’s a softer set-up, so it glides over bumps where the Supra shimmies, but besides having a generous amount of power under your right foot, there’s no one component that grabs you by the scruff and asks you to do anything other than sit back and cruise. And for a sportscar wearing a BMW badge, that’s a crying shame. I’ll pay the extra few grand and take a Supra, thanks.