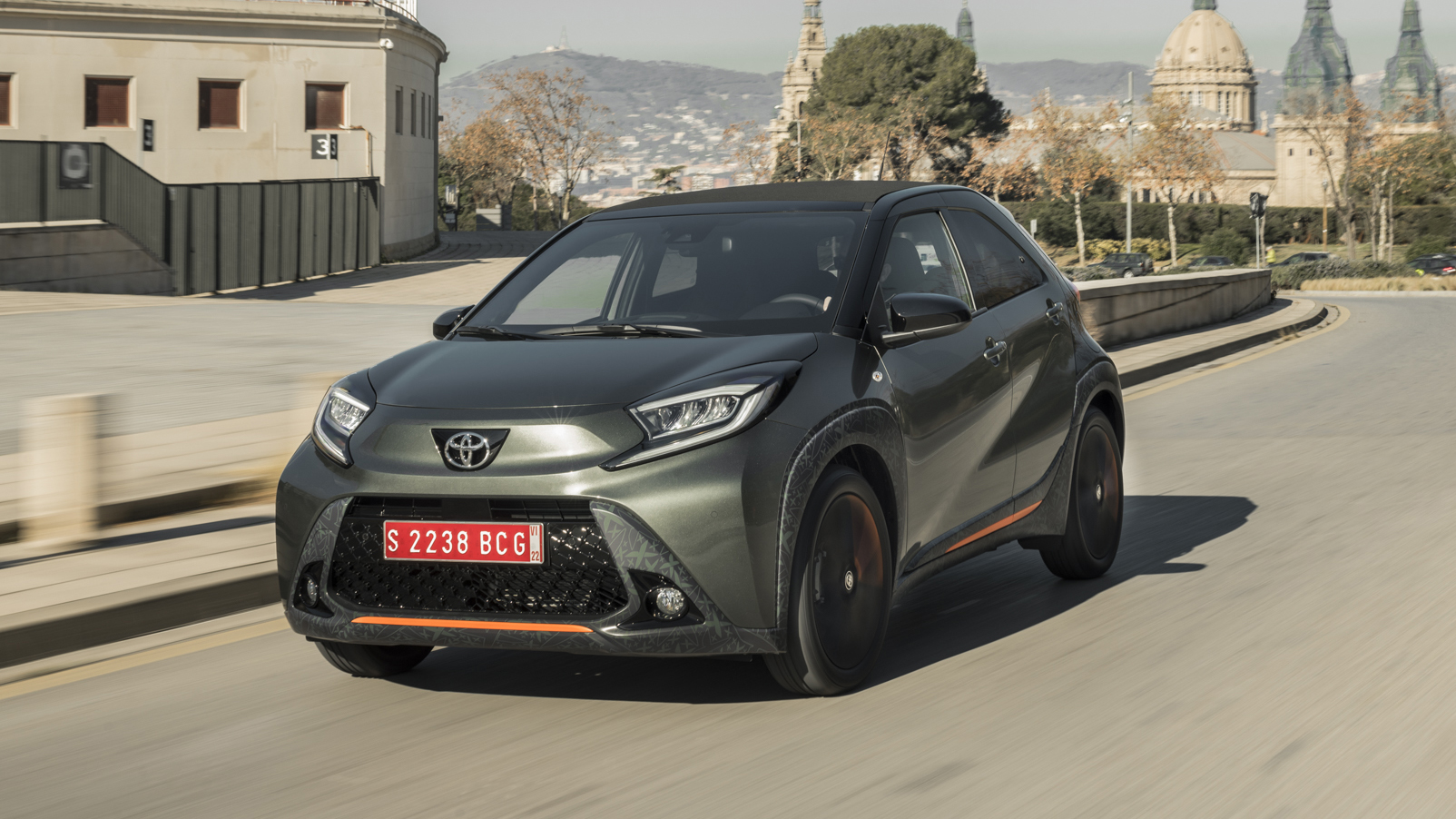 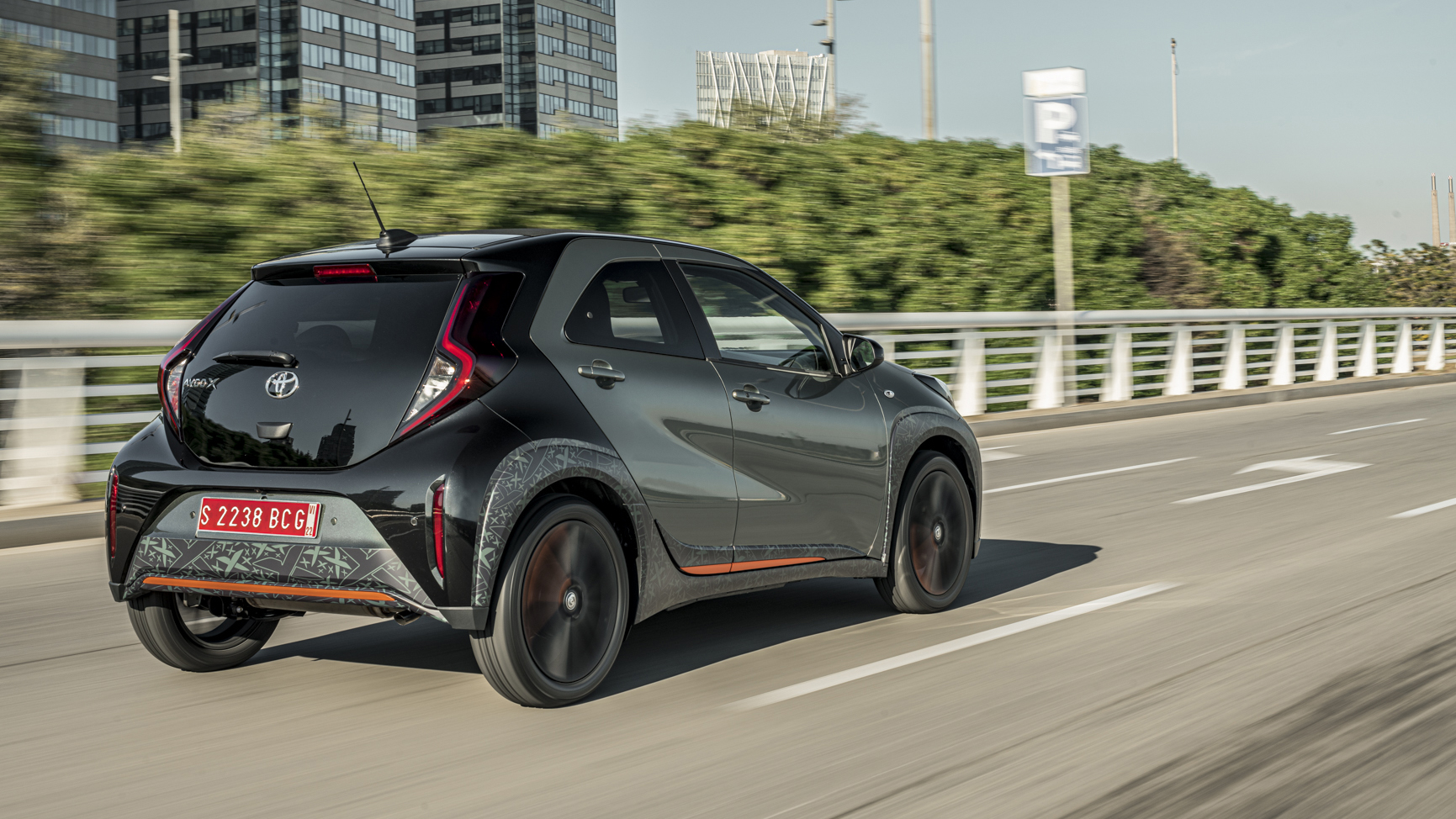 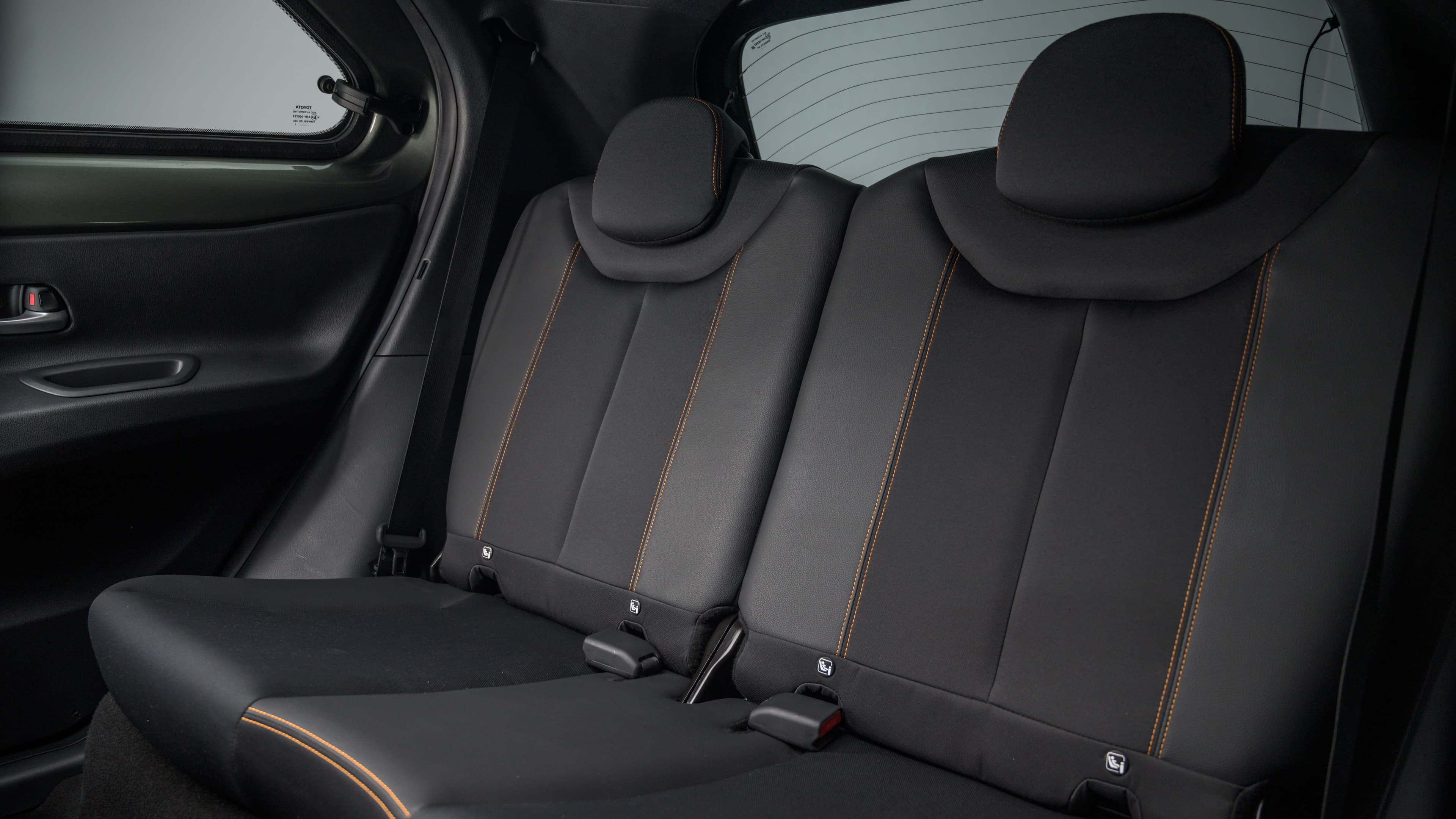 1 / 14
Advertisement
“A fun little city car to drive despite the raised suspension. Could do with more character, though ”

Chunky looks, much safety tech, not too pricey

Only 71bhp, nothing that revolutionary despite the crossover treatment

This is the Toyota Aygo X, and it’s here to prove that city cars do still exist – they just look a little bit different these days. Oh, and that X is actually pronounced “cross”, despite not being written out in full like on the back of the new Yaris Cross.

Where have I seen it before?

Born from the lightbar-equipped Aygo X Prologue concept that we first saw back in March 2021, Toyota describes the Aygo X as a “new generation of accessible style and fun”. Of course.

The finished product was fully unveiled in November 2021, although Toyota re-wrapped some of the crossover-style black plastic cladding for our first drive. Technically this is the first car to be fully designed and developed by Toyota’s European branch. Looks rather good, no? It’s identifiably Aygo with the glass rear hatch, pop-out rear windows and contrast roof, but it’s slightly smartened up with LED lighting and 17- or 18-inch wheels.

Does this mean the old Aygo is dead?

It does. In time the X will replace the Aygo hatch completely. That car and its siblings (the Citroen C1 and the Peugeot 108) were built in Kolin, Czech Republic, but Toyota has now assumed full control of that plant as Citroen and Peugeot pull out of the segment.

The Aygo X is built on the same TNGA GA-B platform that also underpins the Yaris and Yaris Cross too, so Toyota will move some of its other hatch production in with the jacked-up Aygo.

Tell me more about the underpinnings…

Interestingly for 2022, the X is launching as a pure ICE city car. Toyota sells enough hybrids to allow for that under European legislation, and when pressed it reckons 66 per cent of new cars in this A-segment will still be combustion-engined in 2025.

The powertrain is a low-cost solution, with a retuned version of the previous-gen Aygo’s 1.0-litre three-cylinder connected to either a five-speed manual or a small CVT gearbox. Despite the 11mm suspension hike it’s front-wheel drive only, though. No Fiat Panda 4x4 or Suzuki Ignis AllGrip rival here. Shame. Toyota wants the rise to help with potholed city streets and to improve visibility.

Does this mean it’ll be more expensive than the old Aygo?

Prices for the X will start at £14,795 in the UK, which is just under £1,000 more than a base-spec Aygo hatch would have set you back. You’ll get more kit spec-for-spec, though, and Toyota says that because of the current crossover craze residuals will be higher, meaning monthly payments can be similar to that of the outgoing Aygo. Very sensible. 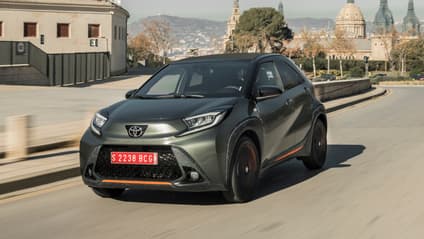 “A fun little city car to drive despite the raised suspension. Could do with more character, though”

It’s a fun little thing, the Aygo X, particularly in Cardamom Green Limited Edition spec with the retractable fabric roof. It rides and steers impressively well too, although the little three-cylinder engine can feel a little gutless at anything above city speeds.

The presence of a manual gearbox can make it enjoyable to drive, but it’s a shame there won’t be a 4WD version to rival Fiat’s joyous Panda 4x4. That could have given the X a little more character – something that’s lacking slightly despite the newly-raised suspension and chunkier styling.