Revealed: the winner of Speed Week 2018

Ford, McLaren, Alpine, Ferrari and BMW battle it out for the top spot 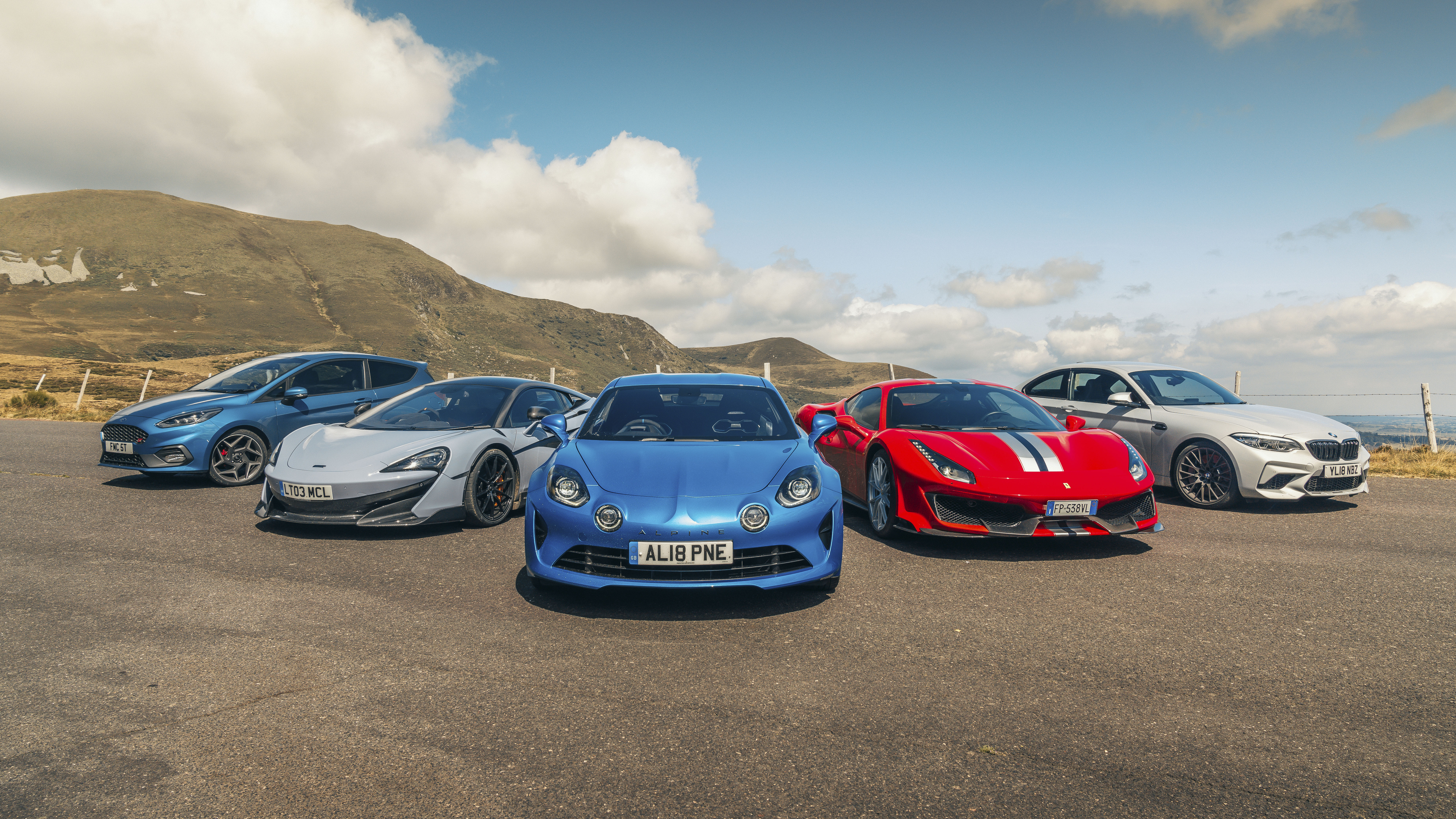 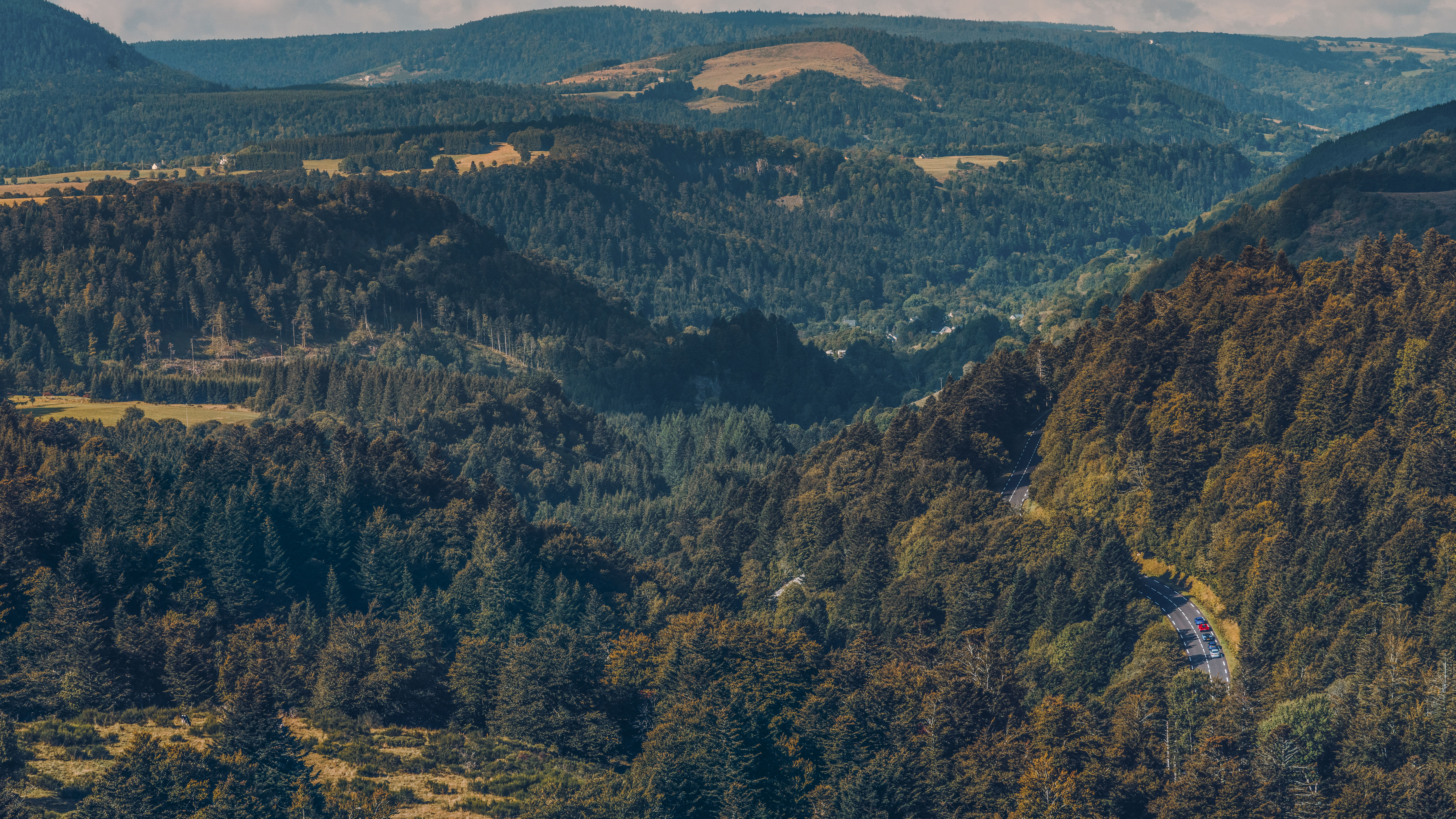 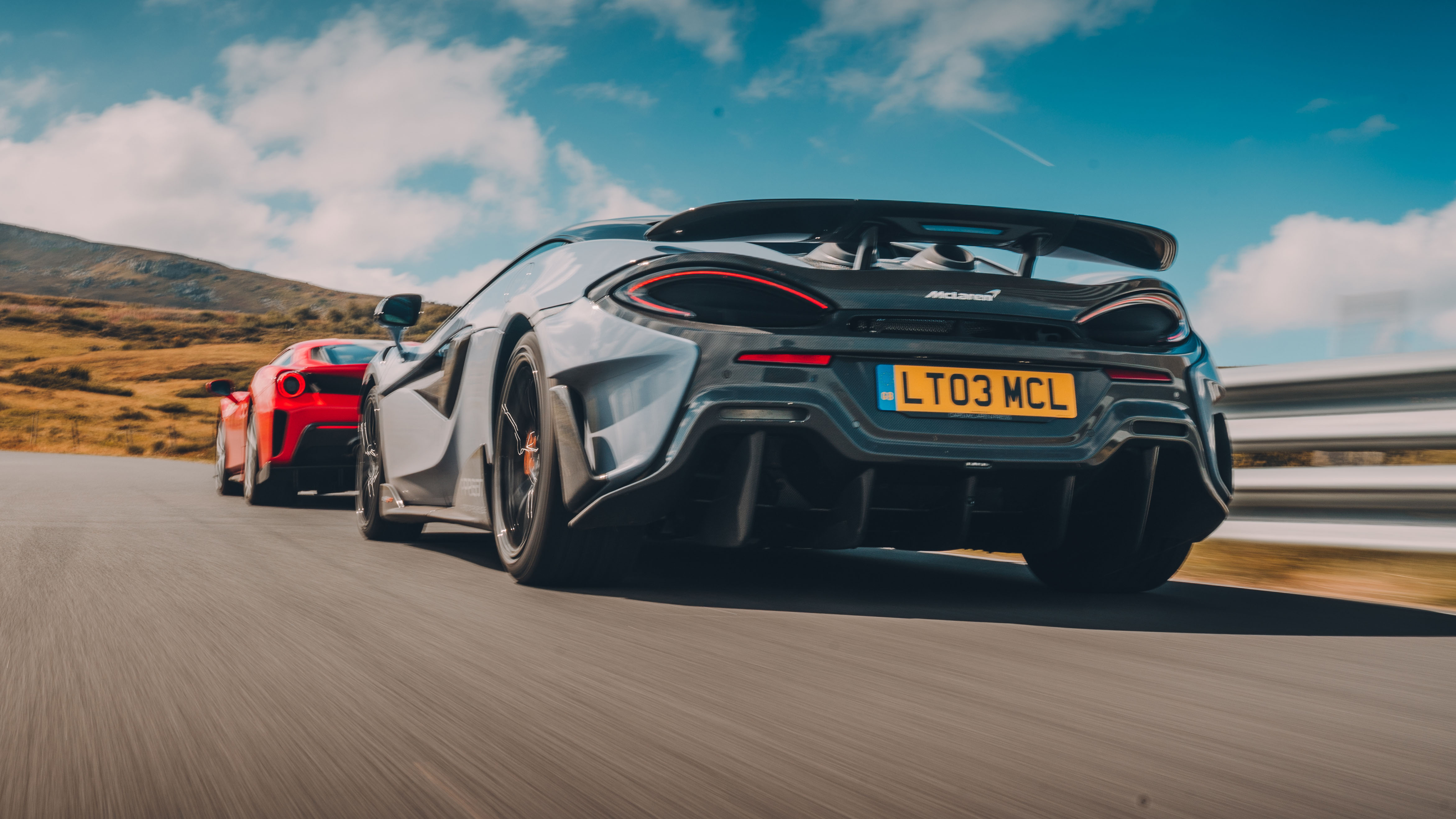 It’s a weird dog-leg part of Top Gear’s self-catering gîte with a built-in stage. Some members of the team have convinced themselves that, with the black faux-leather sofas and oddly sited shower in the corridor, it’s also used as a… well, never mind. We’re eating. It’s gone better than the previous night, when Charlie Turner had the barbecue’s rev-counter way beyond the red line and we had to rifle through cars for a fire extinguisher. Tonight has been calmer.

This is good. This remote hamlet is tiny and utterly silent; we can barely squeeze cars down the track past the ancient stone barns, and it wouldn’t do to upset the neighbours. But tomorrow morning we want to do sunrise about half an hour away, and two of the final five are the McLaren and Ferrari, both of which do noise and width rather too generously for a 6am departure.

We’ve discussed pushing them out, leaving them on the far side of the village for the night, but then it got rather late, we were full of merguez sausages and garlic spuds (get us…), might have had a beer or three and so settled on our usual tactic: departing 10 minutes behind schedule in a stampede of chaos and revs.

I’m not to blame because I’m in the Fiesta. I have absolutely no trouble with the squeezy sections, and the whole trying-to-navigate-while-driving-an-Exige debacle is a distant memory when I have a proper central screen. I’m leading; we are rural and getting this convoy stuck down a farmer’s track in the Auvergne at 6am would be problematic. Only the Alpine might be forgiven. Boy, do the French love that car.

The Fiesta would have escaped anyway. It has a manual handbrake and isn’t afraid to use it. This time in the morning, these roads, I could leave the others for dust. I do for a couple of minutes, in fact, just glance over a hedgerow, open up the torque, tip it into a couple of corners in the carefree way you can when your car is this narrow, friendly and manoeuvrable, and the following headlights seemingly reverse away.

I know the noise is partly piped in, but I just don’t care – this creates a better soundtrack and delivers more volume into the cabin than, well, everything bar the BMW and Ferrari. Now this is going to sound bonkers, but common traits run through both the Pista and Fiesta. Both are happy, vibrant cars. Both have dazzling turbocharged engines – it’s the stand-out feature in each. Both are also over-sharpened, over-saturated – almost caricatures.

In the Fiesta this manifests itself as an eagerness that’s there from the first turn of the key. Even at 6am on dark roads, it goads you, urging misbehaviour – it’s why I accelerated away from the others, why I’m now bounding across a lightening landscape, rowing easily through the gears, listening to the exhaust parp, feeling how eager the rear end is to get involved in the cornering process.

There’s not much natural steering feel, but there is a terrific amount of natural balance. You don’t have to put much effort – or speed – in to get a lot of enjoyment out. But when I do drive harder, which is hard to resist as our column climbs the Col de la Croix-Morand, I can feel the diff start to tug the nose into corners, the mechanical components adding crispness, filling holes in the steering feedback.

It’s perhaps the best attuned car to this environment, its behaviour as bright and fresh as this morning – a toothpasty zing of energy and enthusiasm.

I genuinely enjoy driving it more than the M2 Competition, I really do. Like the Ford, the BMW’s steering is inert in your hands compared with the best here – the McLaren and the Alpine – but once you detect resistance building, you’re properly connected. You sense the sharp nose, short wheelbase, the willingness to turn and engage with the corner. And then you get to the good bit.

The power. The Auvergne has Welsh overtones: bare rounded hills and endless uneven, uphill, cambered-in, third-gear corners. The kind you want to dive into, centrifuge around and pop out from. The M2 drives hard out of them, differential and torque in harmony, the engine super-crisp between 4,000rpm and 6,000rpm. That’s where its best work is done – while it revs 1,500rpm higher, you can tell where it’s been pegged back from the M3. And although it fidgets where the road is rougher, it’s way more wieldy and trustworthy than the sketchy M3/M4. It’s a good car, a great car, but it’s not shining that brightly in this company.

There’s a café at the top of Croix-Morand. A knock on the door results in coffee-and-crêpe with a view out over our five. The Alpine, so dainty, so pert, makes the Fiesta and M2 look clumsy. And, ten minutes later, feel clumsy, too.

The Alpine astonishes me. I couldn’t have previously imagined a scenario where we stick two £50,000 coupes in a test, one of them being a BMW M car and not come away with a kidney-grilled winner. The A110 dazzled me on circuit. That really is the word for it. I couldn’t believe that a car that flowed so well – photographer Mark described it as poetry – could also carry so much speed and drive with such accuracy and precision.

On the same road the M2 has just pummelled, the A110 is graceful, light, wisping through the cambers, skating over the rough... elegant everywhere. And plain fun – you sit low, the seats are wonderful, you’re small and light and you can dance. Softly sprung, unafraid of roll, the A110 gives you altitude choices: up on its toes, dabbling at the surface, or, by adding speed, diving into the tarmac under brakes, leaning into corners, propelling itself up and out the other side. It’s deft, alive, tactile and utterly natural and candid in a way that the Fiesta and Ferrari aren’t.

I’d expected the Pista to be more steely-eyed, but instead it comes across as a brighter, sharper, more excitable 488 GTB

I keep driving it, over to Mont-Dore, then up the Col de la Croix Saint-Robert. Nothing fazes it. OK, the gearbox isn’t as crisp as the BMW’s, the engine note is ordinary, but it’s so fleet, delivering so much speed for so little effort, that even the supercars are struggling for breath.

They’re an intriguing pair, and now, on the Armco-lined D36, site of the fabulous Mont-Dore hillclimb, 600LT and 488 Pista get to slug it out. Verdict? Points win to the… Ferrari. I know, it went the other way on track but, as a road car, the smoother-riding, more playful and vibrant Ferrari has the tighter, harder McLaren narrowly licked.

Trouble is, you can’t drive the 600LT hard enough on the road to find it properly rewarding. You’re waiting for the turbos, wanting to brake harder, turn harder, go harder. It can, and really wants to. But out here you can’t. The flip side of Charade is lack of bite in the carbon brakes, sensitivity to surface and off-boost lethargy. If you get your kicks from steering feel and chassis accuracy, step this way, but so honed are those elements that it’s harder to relax and just enjoy the 600LT.

I love the deep view out, the zero-slack approach, and the McLaren is better designed inside – considerably better value, too. But it hasn’t moved the game on in the same way the 675LT did. McLaren’s exponential improvement in recent years means while that was a leap forward, this is a nudge. And a nudge in a very specific, track-orientated way.

There are drawbacks to the Ferrari, too. The offset pedals, the over-large steering wheel that feels clumsy in your hands, the dated cabin, the fact it feels so wide. Yet it does the high points so well, feels so energetic in your hands, that it’s more of a supercar more of the time. No, you can’t pick corners to pieces with the same savage ruthlessness, and if you live near the Mont-Dore hillclimb, that might matter more to you. But as a high-days-and-holidays supercar, something you can pull out of the garage and enjoy from mile zero, something that wants to entertain and is instantly vivid, it’s the better car.

I’d expected the Pista to be more steely-eyed, but instead it comes across as a brighter, sharper, more excitable 488 GTB. That it still rides with dexterity is a delight, that the brakes bite and the gearbox cracks and the engine – oh, the engine – snaps... well, it all makes the Pista feel ultra-urgent. And I love the way it looks, the plunging front and straked rear treatment drawing attention from those gaping side intakes.

Post-road debate. 5pm. Village Hall. We’ve got to clean the gîte, but before wielding mops we wield mugs of tea and tentatively lean back on the leather sofas. Everyone, everyone puts the same cars in first and last position. It’s the middle order that causes ructions, but they’re half-hearted because we’ve all got the winner we want, and that’s what really matters.

Second, third and fourth, then. Filled by the cheapest and most expensive cars. Voting places the McLaren a sniff ahead of the Fiesta, the Ferrari ahead of both. For a tenth the price, we all agree, the ST is a belter. More mature than its predecessor, but infused with the same spirit. With a win apiece between track and road, it would be easy to call it honours even between McLaren and Ferrari, but we’re giving the nod to the Ferrari. It’s a more joyous conveyance.

Last and first. You know which way this one’s going. The problem for the BMW is we’ve seen it before. This is just a tweak of the template, but otherwise follows a familiar format – don’t worry too much about reducing weight, just add power and control. This approach has underpinned performance cars for the last 20 years or more, and although we’ve occasionally muttered about it, it’s unlikely we’d be complaining if we hadn’t seen a different route.

The trouble for Alpine is that buyers are now conditioned to this, to respect power above all. But look: six people of widely varying tastes, ages and abilities all voted it top, all adored its composure, candour and communication. I’ve never driven a better advert for light-weighting. Nothing else moves like this, flows like this. The new Alpine is part French philosopher, part Zinedane Zidane (and yet emphatically not Eric Cantona).

It’s a car with wonderful poise and balance, a deft touch and a loose, limber energy. It is pure driving, and it’s our Performance Car of the Year 2018. 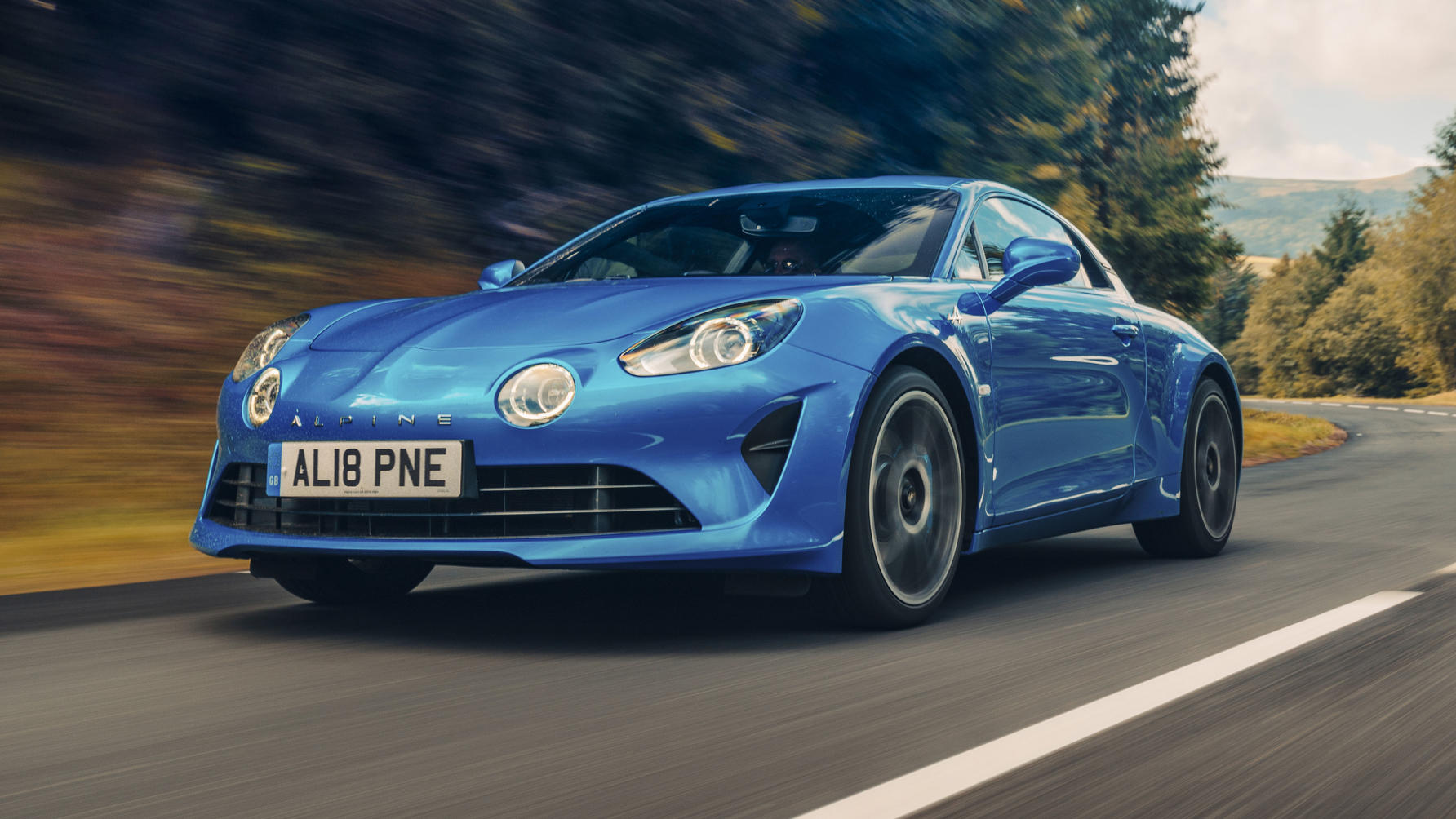