A near-1,000bhp plug-in hybrid is one of the stars of Top Gear’s big 2021 performance car shootout. Here's its FAQ page 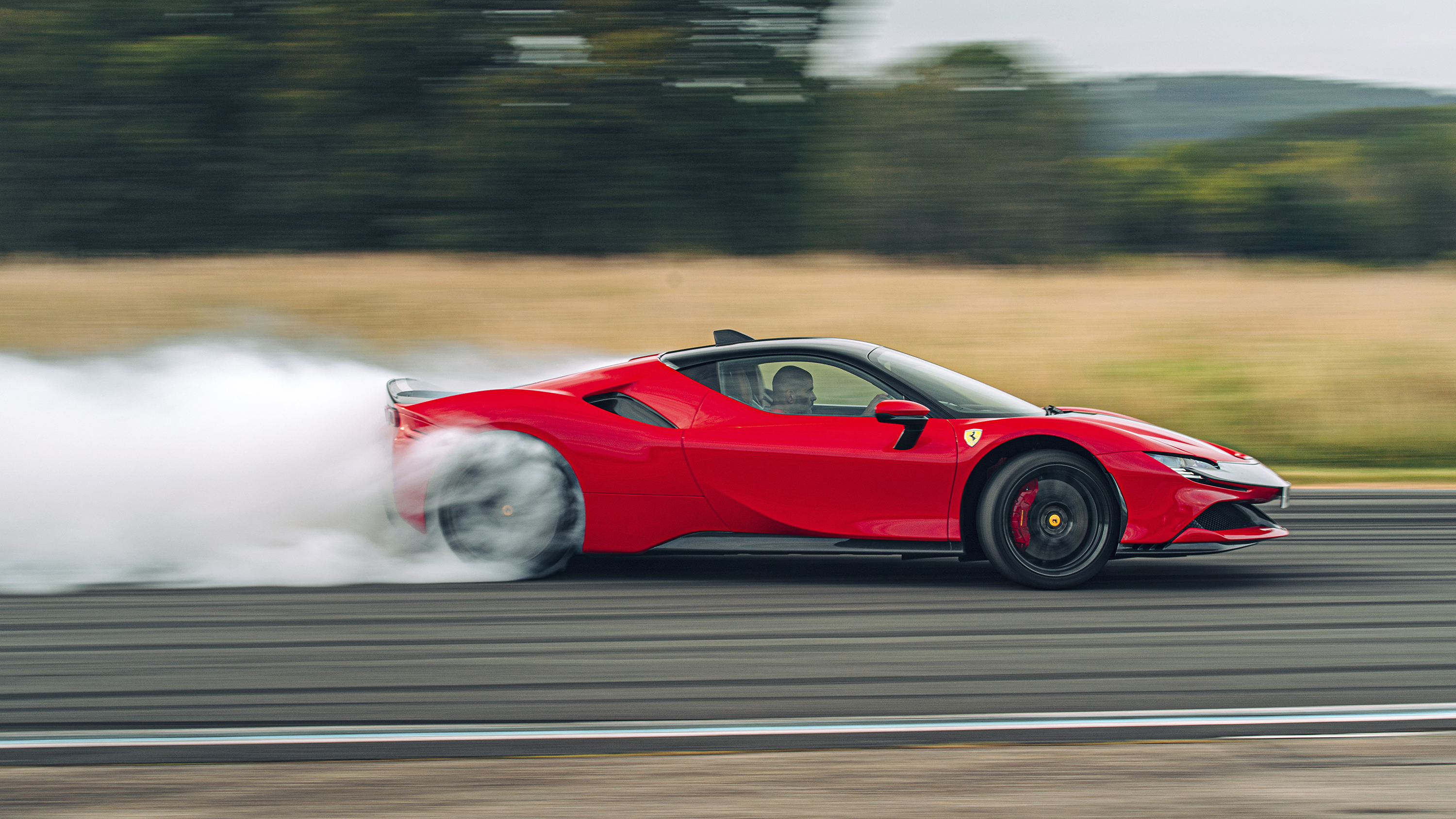 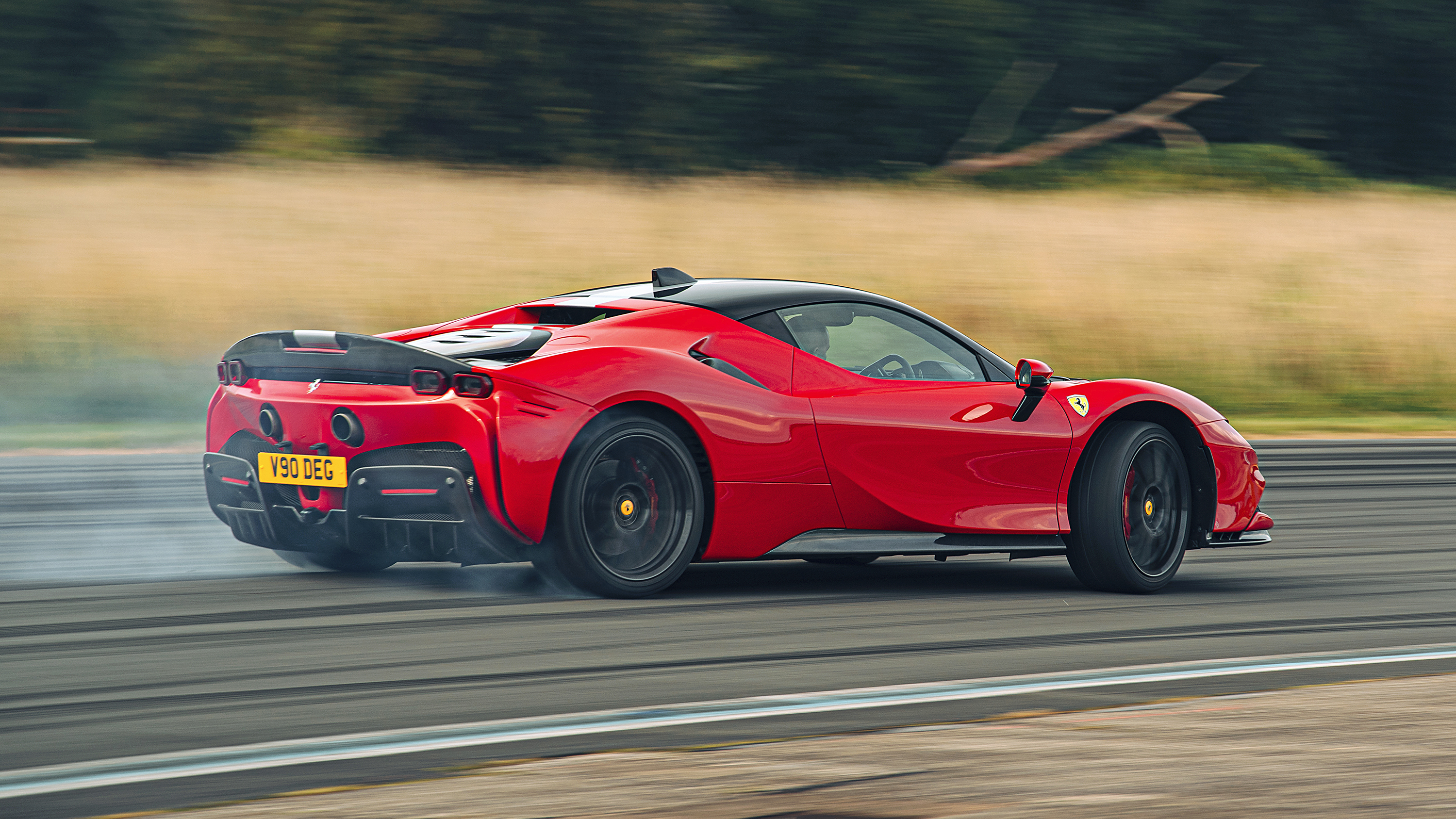 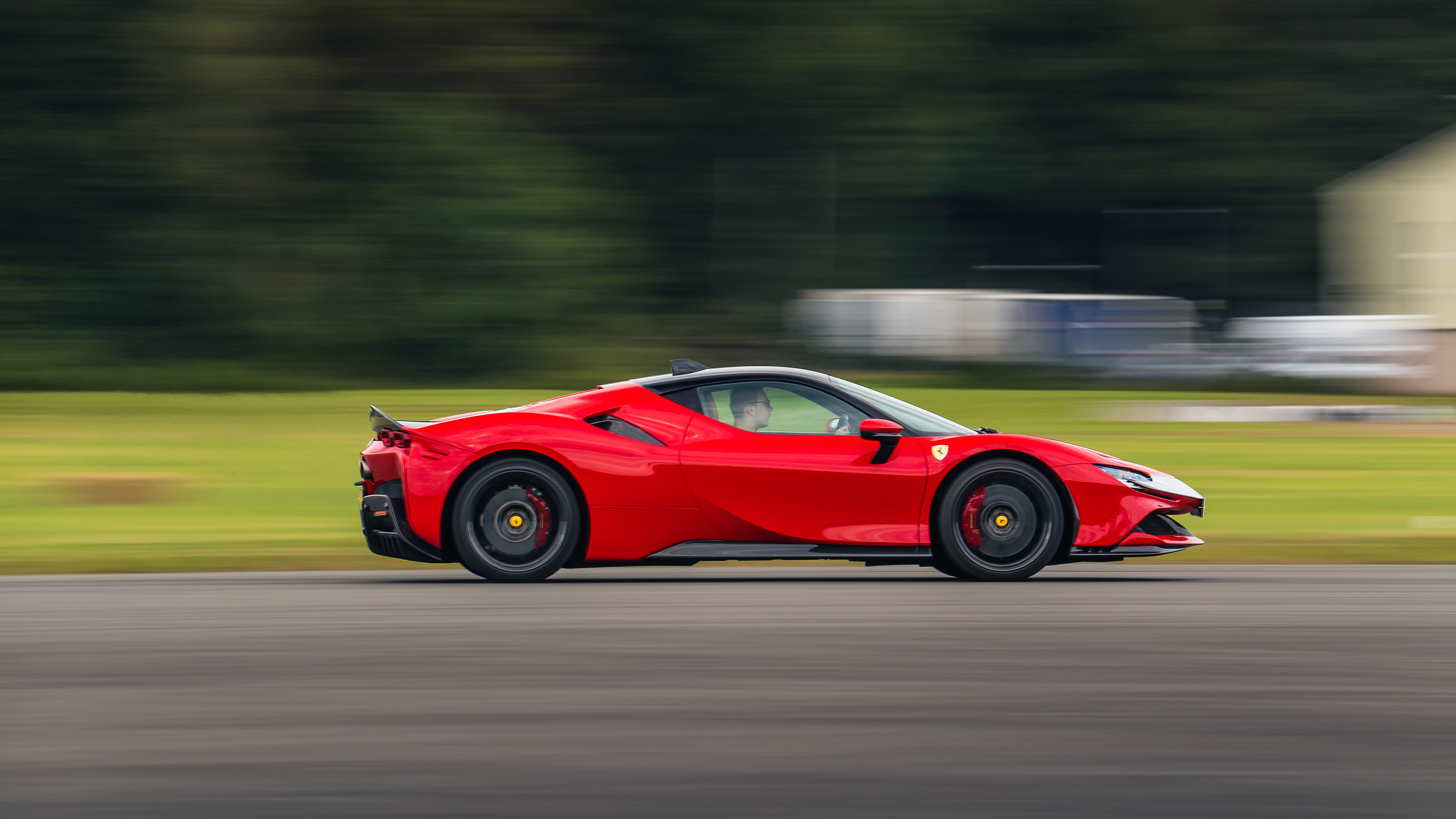 You can indeed. Unlike Ferrari’s last headline hybrid – the LaFerrari – the SF90 is a plug-in hybrid that you can pop into the mains to top up the lithium-ion battery, which links to three different motors – two independently operating at the front axle, with another at the rear between the engine and the gearbox. So yes, with all of its powertrain on song, this is a 4WD Ferrari supercar.

How far will it go in EV mode?

Ferrari says you’ll get 25 kilometres – or 15.5 miles – from a full battery. Over that distance you’ll be in a front-wheel-drive Ferrari, for the rearmost motor doesn’t get involved in emissions-free driving. And you thought the idea of FWD performance BMWs was mad. Fun fact: there’s no reverse on the regular gearbox, so you’ll always back your SF90 into spaces with the V8 extinguished.

Just in case you’d not clocked, Ferrari says “this mode is ideal for city centre driving or any other situation in which the driver wishes to eliminate the sound of the Ferrari V8”. Which is positive PR for ‘you won’t be setting any all-electric lap records’. Nevertheless, ‘eDrive’ mode’s 84mph vmax means you can hit the speed limit of every road in Britain without a peep from the powertrain. Just don’t expect a silent lap of the M25.

Are there lots of additional modes?

Naturally. This is a Ferrari with not just one Manettino switch, but two. So as well as the usual Sport, Race and CT Off options for the dynamics, there’s an eManettino for the drivetrain.

eDrive is the EV mode, Hybrid is the car’s default and sees the big electronic brain manage things for you (allowing full power, too), Performance keeps the engine constantly running both for full power and to help keep the battery charged on the move, while Qualify focuses entirely on deploying every last horsepower with little regard for keeping the li-ion topped up. 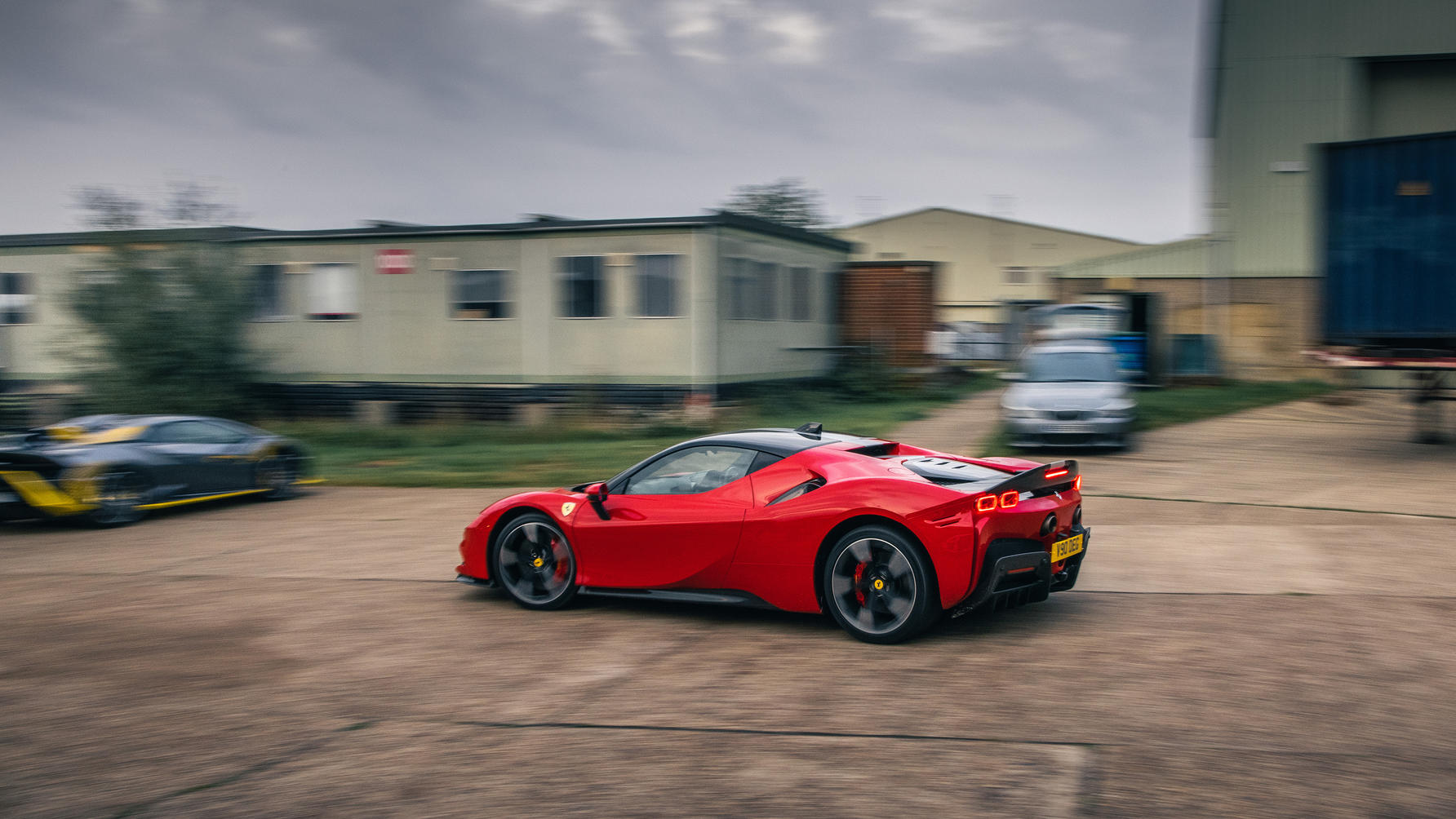 The SF90 already has the most powerful eight-cylinder engine in Ferrari history before you factor in the three motors; its 4.0-litre twin-turbo V8 produces 769bhp, but combine all of the Stradale’s power sources together and you end up with 986bhp – or a nice round 1,000cv (cheval vapeur, horsepower in French).

How much weight has electrification added?

Um, a fair chunk – 270 kilos to be exact. Though Ferrari is only too keen to tell us this is “amply offset” by the 217bhp provided by electrification. And we shan’t argue, because with a total weight of 1,570kg, the SF90 Stradale is lighter than Ferrari’s V12 road cars, utterly berserk 812 Superfast included.

It helps that the engineers have nipped weight out elsewhere to help keep things as trim as possible. So while the twin-clutch gearbox has gained an eighth forward gear, it’s lost reverse, and is thus 10 kilos lighter than usual.

So how quick does that make the Ferrari SF90?

And in the grand scheme of Ferraris past and present? Its Fiorano laptime is officially ’79 seconds’, better known to you and I as ‘1m 19s’. Which places it above the LaFerrari in the all-time leader board with a 0.7sec advantage. The legendary twin-turbo F40 – a car that’s famously not slow – stops the clock more than ten seconds after it.

Any aero tricks to keep things under control?

But of course. While there’s a whole spilled bag of Scrabble tiles keeping things in check electronically in the bits your eyes can’t see (eSSC, E4WD, eTC, eDiff3, SCME-Frs, FDE2.0, EPS) there’s a host of wonderful physical bits sorting things out aerodynamically where your eyes can see. Top billing goes to a piece of tech Ferrari’s got under patent – ‘the shut-off Gurney’.

See that section running between the taillights? In tame road driving or on a top speed run, it’s open so that air flows through. But as soon as you’re braking or cornering hard, the car’s enormous electronic brain closes the gap with a hidden flap, “generating a new tail geometry characterised by a broad load surface topped by a powerful nolder”, to quote someone cleverer than us.

How much am I paying?

If you can resist any dalliance with the options list, the SF90 Stradale will set you back £374,420. Which is the most Ferrari’s ever charged for a series production car – though near-1,000bhp supercars usually cost significantly more out of the factory. See Bugatti and Koenigsegg for details.

The car invited to Speed Week has the optional Assetto Fiorano specification which, alongside other options, swells the final bill to – ahem – £523,460. Mind, the Assetto pack brings significant change – carbon doors, new Multimatic suspension, a titanium exhaust (add ‘em all up and you’ve shed 30kg) as well as a new carbon wing that gives the SF90 its headline 390kg downforce figure.