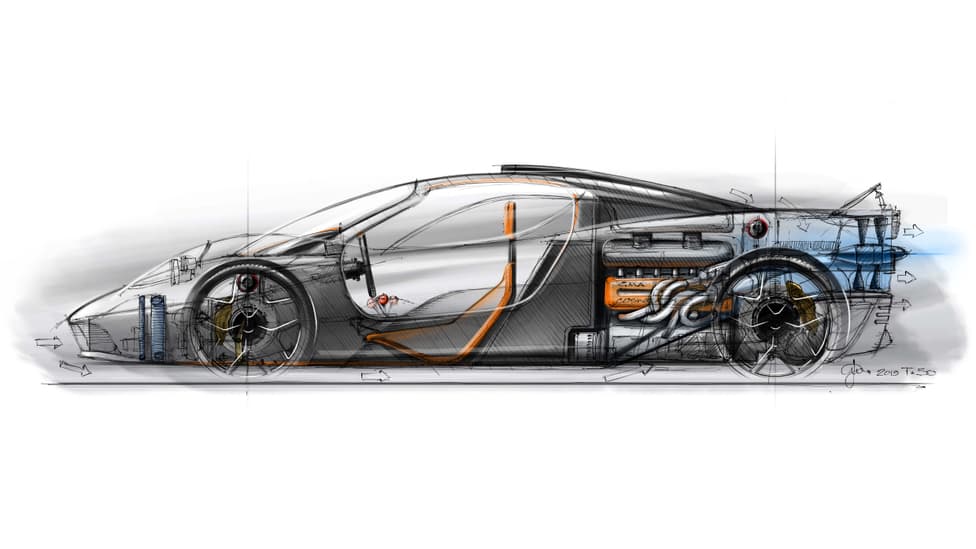 Please sit down, and cease operating heavy machinery. You might shortly feel sensations of giddiness. Gordon Murray has released a sketch and more details of his new supercar. He's quite happy for it to be spoken of as the successor to the McLaren F1, three decades later.

"We've been quietly working on the design of the car for 18 months and it's now very well advanced. We've been speaking to potential customers and have had massive interest," he says. Its codename is T50, continuing the successive type numbers of all his previous designs.

It'll be built, limited to 100 examples, by his new company Gordon Murray Automotive. The plan is deliveries start in 2022, at around £2.5 million a pop. The factory is in Surrey, and the engine and gearbox are British too.

So what made the F1 so great? A high-revving normally aspirated bespoke V12. The first carbon fibre structure on a road car. Advanced fan-assisted active aerodynamics. A manual transmission. And that three-abreast, driver-forward cabin with dihedral doors. 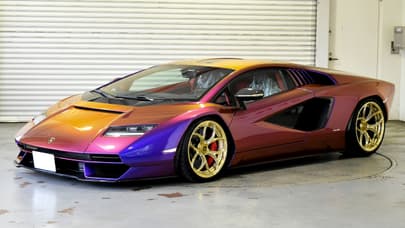 The T50 has all those. Even – especially – the central-seat three-person layout. Yet it's compact. Its width of 1,850mm is less than most sports cars and it's shorter than a 911.

But perhaps more than all of those, the F1 was obsessively lightened by using specially designed components throughout. Murray even had Kenwood build a featherweight hi-fi for the car.

The F1 weighed over 1,100kg… and the T50 is a full ten per cent lighter, at under a tonne. A weight loss you can't account for by losing the ten-disc changer. Most supercars are half as heavy again.

Such lightness will let the T50 pull huge performance from its 650bhp V12. It's a 3.9-litre engine specially designed and made by Cosworth. Murray says the roof-scoop ram-air effect should boost power to 700bhp at speed. Remember, in contrast, electrified hypercars lose power at speed as their motors reach peak revs.

You want revs, BTW? How about a limit of a screaming 12,100rpm? There's no flywheel either, so it should be, shall we say, blippy. The transmission is bespoke too, a six-speed from Xtrac.

There's more of Murray's epic past in the T50. In 1978 his Brabham BT46B won its first race, with Niki Lauda driving. Its innovation was a fan drawing air from the car's underside, effectively sucking it to the road. It caused uproar among the other teams and didn't race again.

The T50 has a similar fan, as the sketch shows. It's 400mm in diameter. It draws from a system of underbody aero features that are continually and actively varied. This means there's no need for attention-grabbing wings on the visible body.

Even the Aston Martin Valkyrie is heavier, albeit much more powerful. All the other headline-grabbing hypercars are heavier again. Besides, the T50 has space for three people with luggage. It's meant to be everyday-useable, and even has a selectable soft engine map.

Cars that chase super-high speeds need vast engines and cooling, which means more weight and less nimbleness – and that's a personal affront to all Murray has always stood for. Even if it means risking the derision of internet commenters.

“I have absolutely no interest in chasing records for top speed or acceleration. Just as with the F1, we have no specific targets for those. Our focus is instead on delivering the purest, most rewarding driving experience of any supercar ever built." 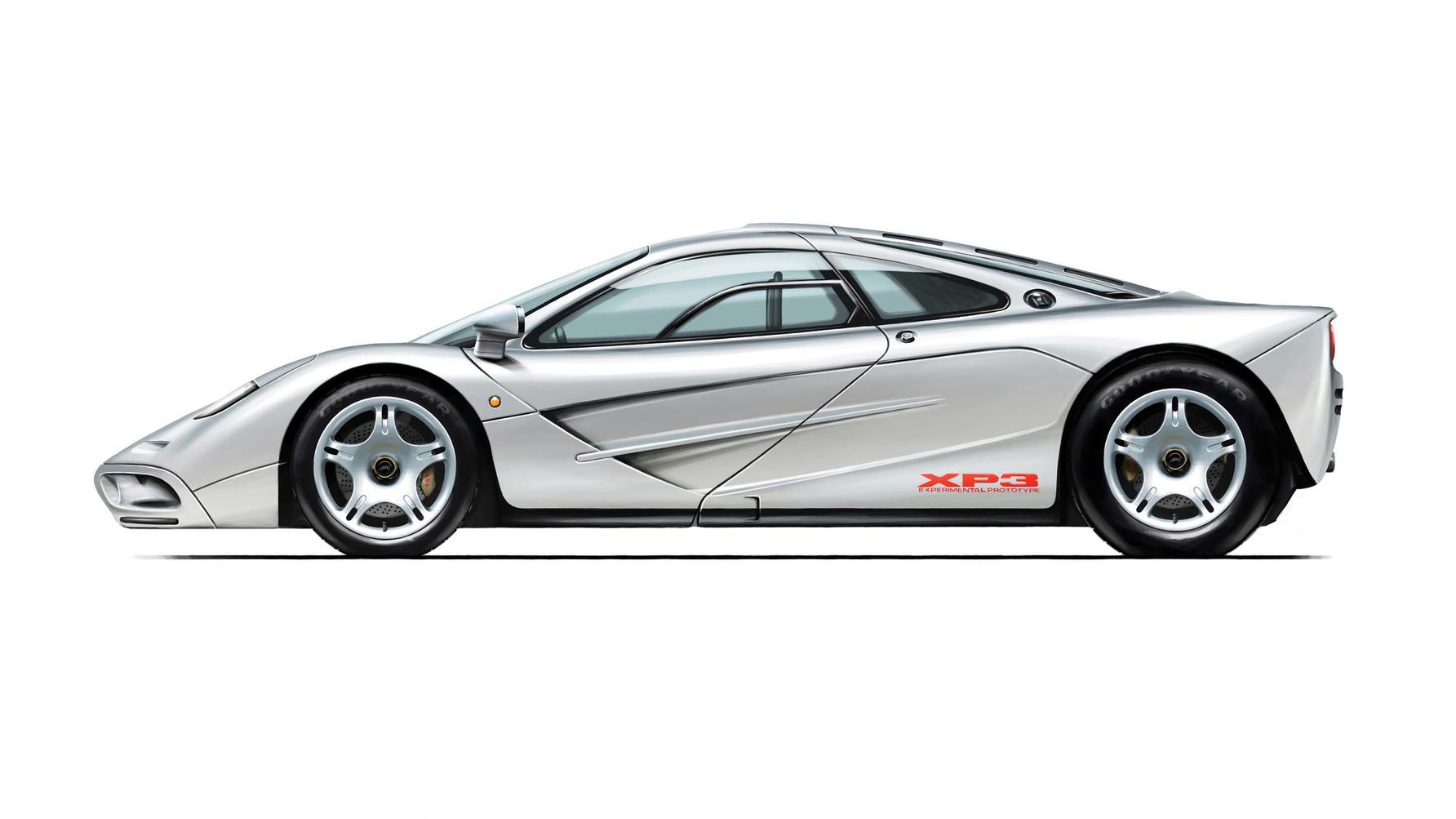 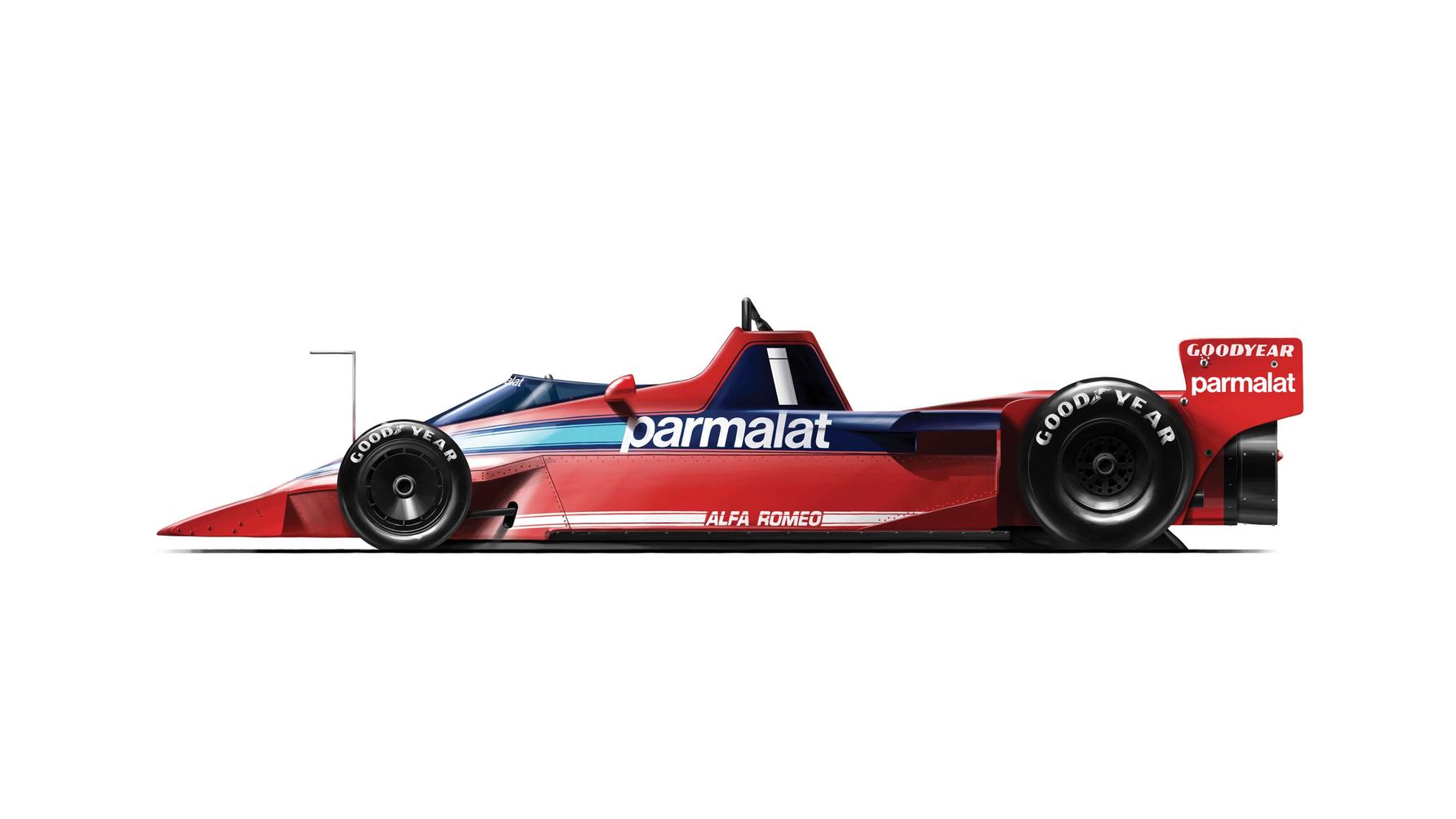