Swedish supercar manufacturer beats its own 2017 record with a Regera

In late 2017, Koenigsegg set a number of world records in a customer’s Agera RS, one of which was a 0-249mph-0 time of 33.29s. Insanely quick, especially considering it was a (closed) public road in Nevada. Now, in late 2019, Koenigsegg has improved upon its own record in the company’s hybrid Regera hypercar.

We’re told that factory test driver Sonny Persson pointed the 1,479bhp Regera down the Råda military airfield - near the town of Lidköping - at some point last week, and managed to do a 0-249mph-0 (or 0-400kmh-0) time in just 31.49s. You will note this is just under two actual seconds faster.

Company boss Christian von Koenigsegg said of the new record: “This was a good opportunity to showcase the true capability of the Regera’s one-of-a-kind Direct Drive transmission. As the Regera only has one gear we had to make use of it from standstill to the record top speed of 403 km/h (or 250 mph) limited by rpm.

“The car reaches its top speed like there is no tomorrow, but then there are no more gears. This actually suits the philosophy behind the Regera, which is ‘whoever gets to 400 km/h first wins’. Priority has been given to acceleration and drivability between 0-400 km/h – no more, no less. At any given time, the Regera can and will accelerate harder in that speed range than any other production car known to us.”

The Regera used wasn’t a hollowed-out kart, either - a “fully homologated production car with its luxurious fittings and seats still intact”, Koenigsegg explains. Only a roll cage and four-point harness were installed. And while the weather on the day was reported as “perfect” (sun, no wind), the actual track surface “was not great for traction”, so Persson - on his merry way to 250mph, don’t forget - had to swerve bumps in the road and deal with lower grip levels. 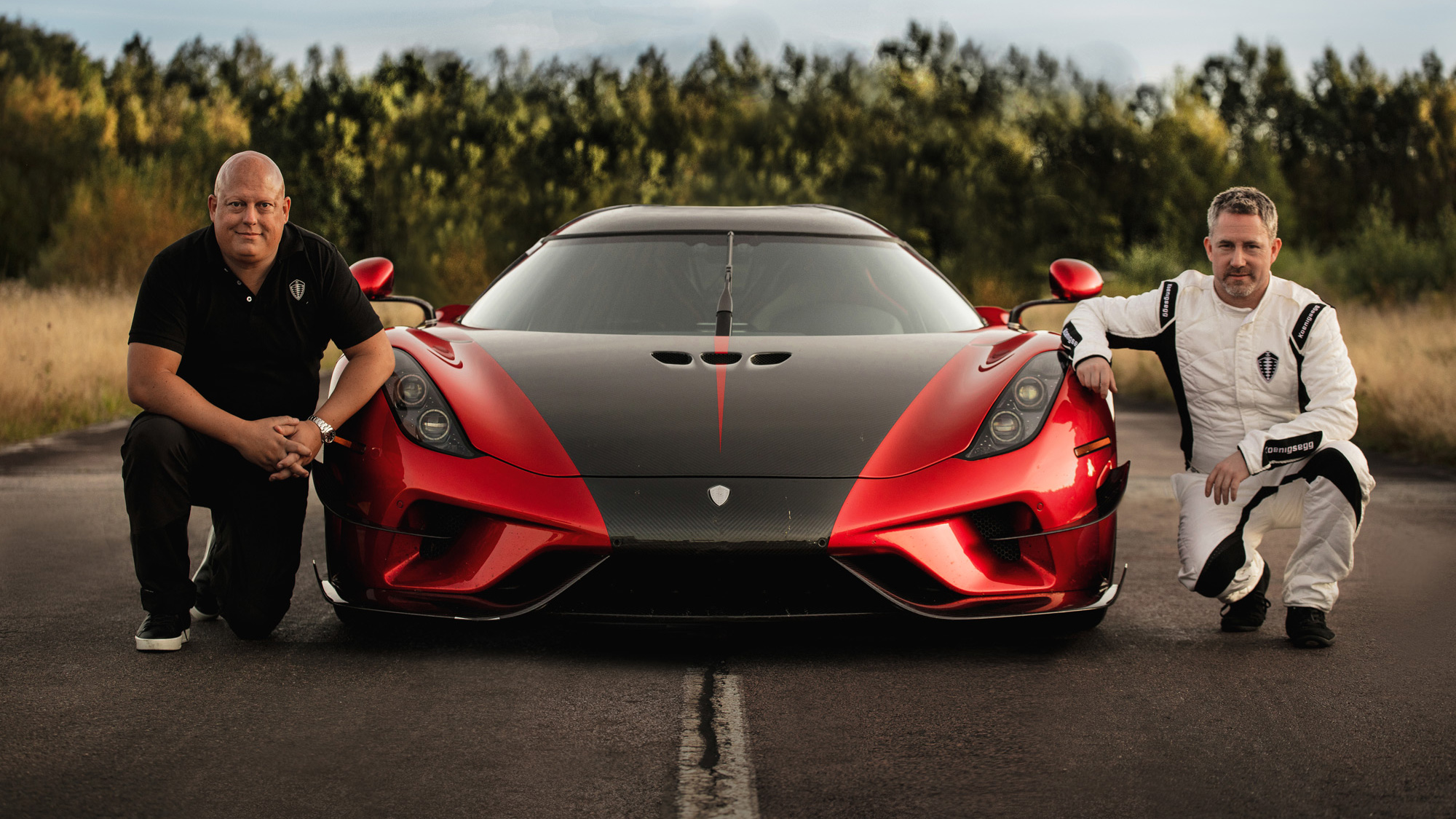