McLaren 720S against the clock - just how fast is it? | Top Gear
Advertisement
Supercars

McLaren 720S against the clock - just how fast is it?

We strapped the test gear to it and held on tight. And came back astonished... 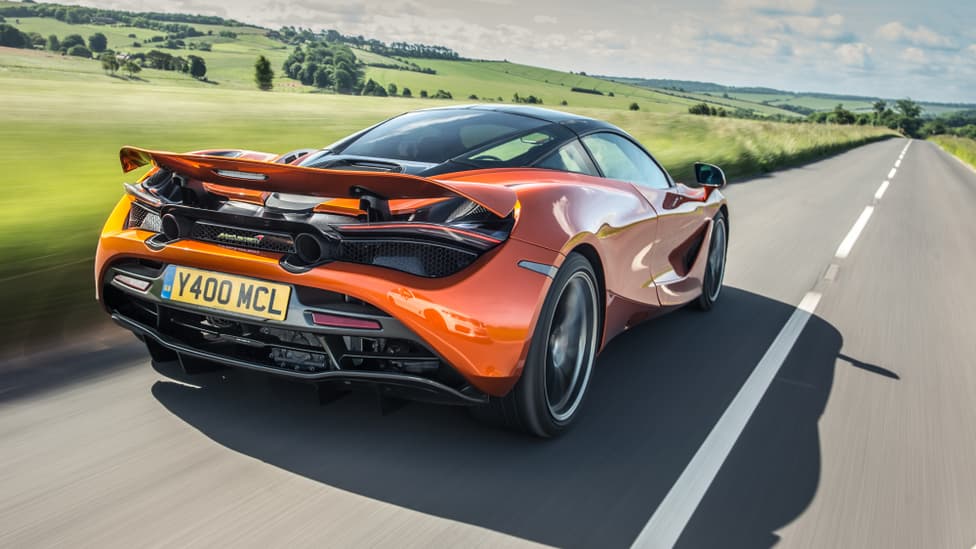 We've driven the new McLaren 720S in Italy, and now, tested the 710bhp supercar in the UK. But really, right now there’s no point in me writing words when what you want are acceleration numbers. So here are some numbers.

Let’s pull a few figures out and have a closer look at them. If you found a convenient place where the speed limit went instantly from urban to motorway (that’s 30mph to 70mph for anyone not familiar with UK motoring law), the 720S could make the leap in less than two seconds (1.93 to be exact). I’ve just checked and it takes two seconds to say ‘in less than two seconds’. That’s how fast it is.

Accelerate from 50 to 100mph, as you might when you join a, er, German autobahn, and you’re all done in three seconds flat. McLaren claims 0-124mph in 7.8secs, we measured it at 7.46secs. So that’s acceleration from nothing to 124mph in about the time it takes you to read a sentence aloud. And don’t forget this is a rear-wheel drive car.

It should be pointed out that McLaren’s launch control system is utterly astounding. It has been every time we’ve tested one of their cars. Remember when we had a drag race between a 570S and three 4WD rivals (Audi R8 V10 Plus, Porsche 911 Turbo S and Nissan GT-R)? Go and watch it here and marvel at how fast it is off the line.

How about the full house Tesla P100D Ludicrous+? Well that’s one of the very few cars we’ve had that out accelerates the 720S to 60mph (by 0.09secs). Piling another 60mph on top of that takes the Tesla 7.29secs. The McLaren could be standing still when the Tesla came past at 60mph and beat it to 120mph.

In fact we’ve only figured two cars that have the measure of the 720S – and one of them is another McLaren, the P1. The other is the Porsche 918 Spyder. Both of those hit 100mph in 5.0secs, but look at what they had to employ to do it, how costly those extra three-tenths were. Clearly we need to test a Chiron soon to give this 720S something to chew on. How about it Bugatti?