Downforce, DRS and designs on crushing lap times: welcome to Porsche’s newest tilt at a race car for the road 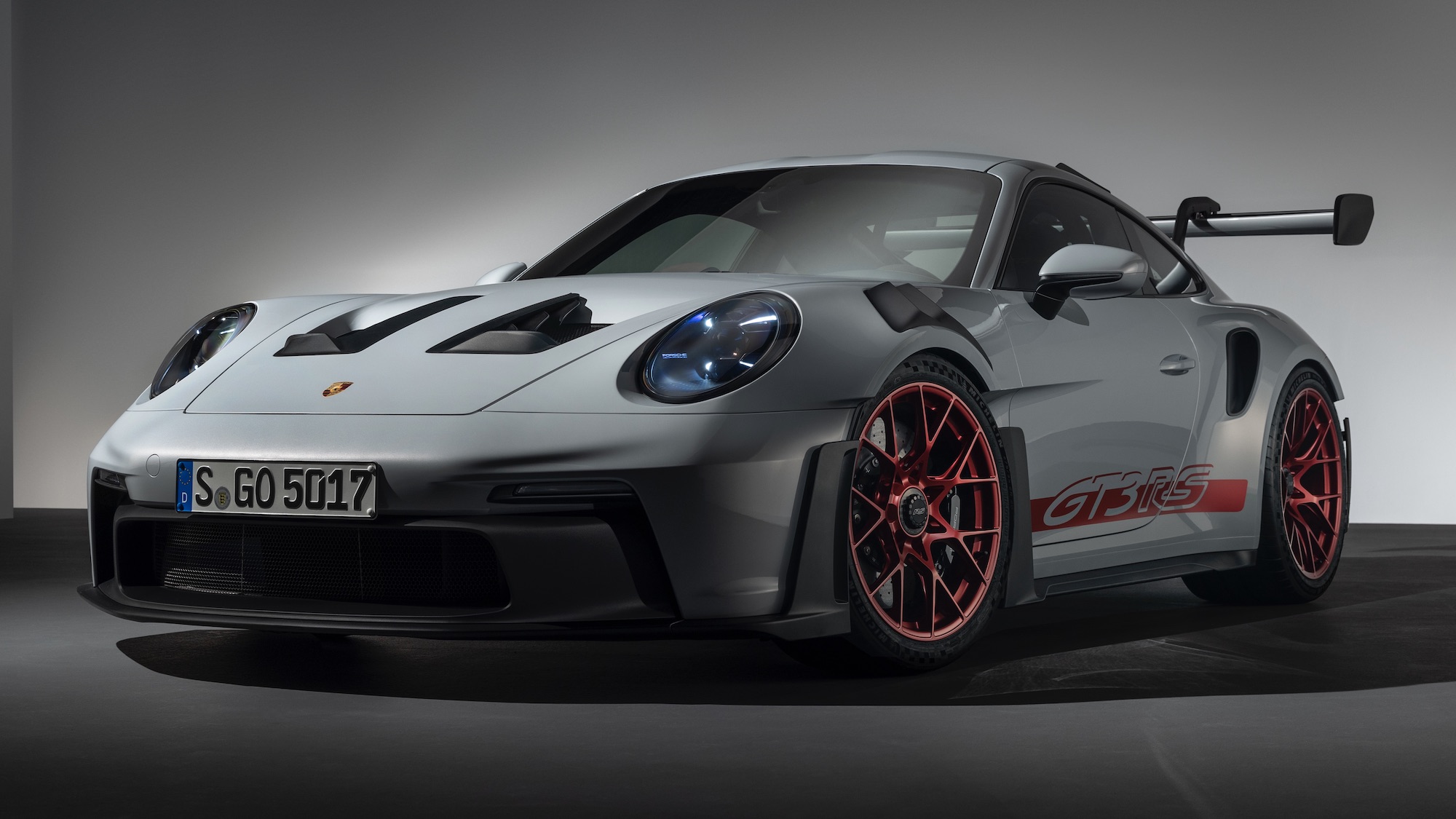 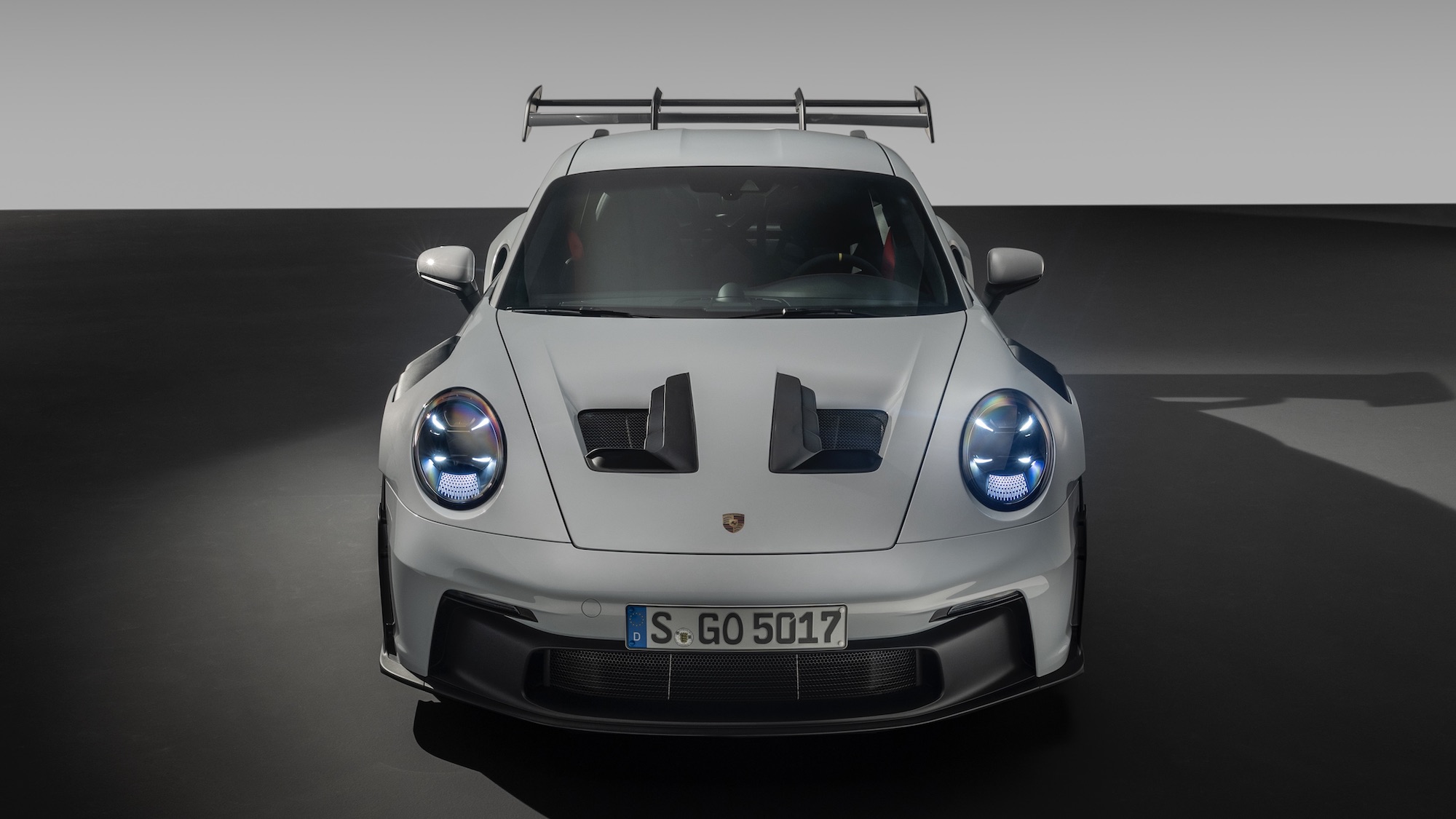 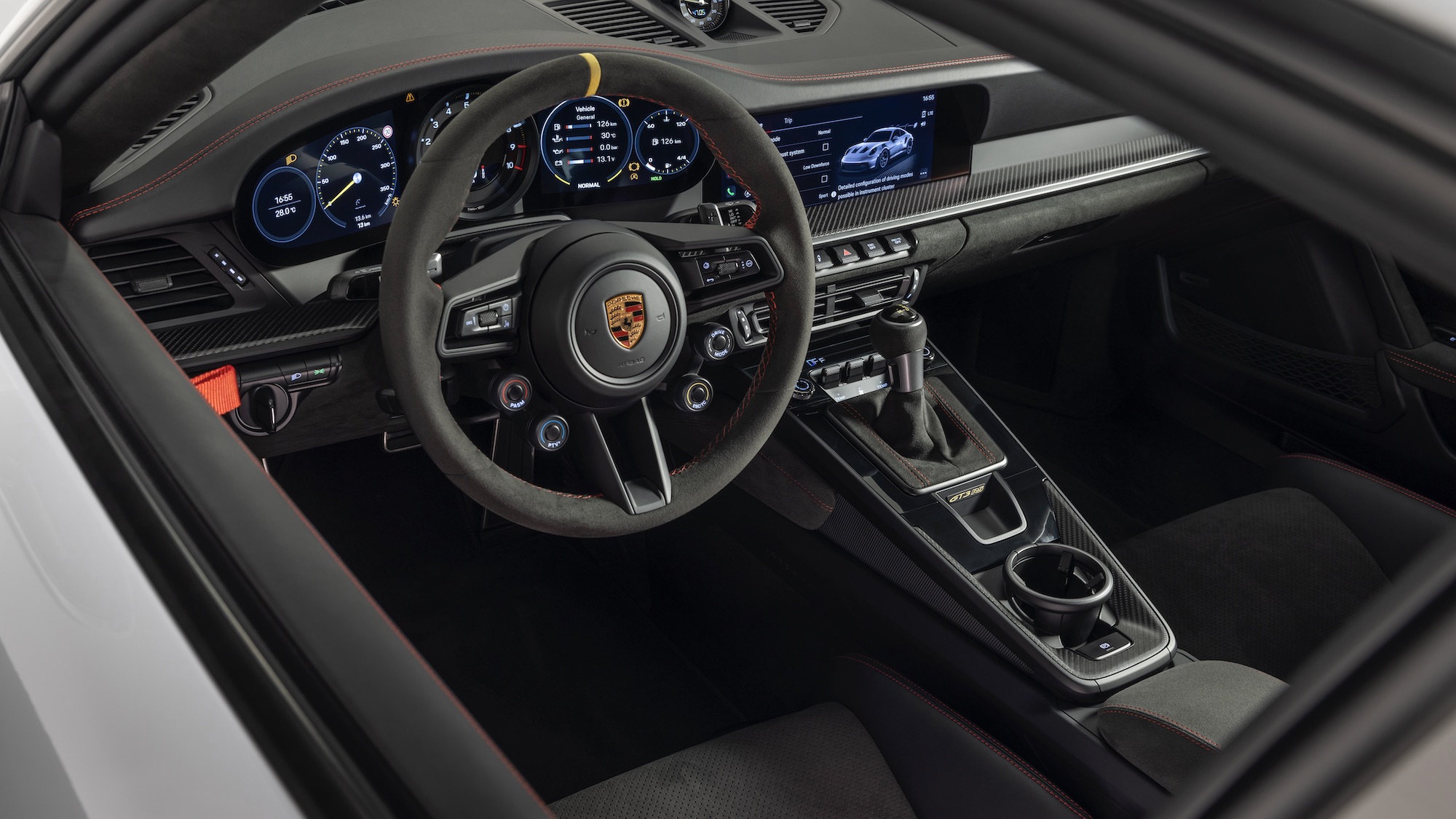 We’re simple creatures around here – Porsche could fit its 517bhp, 4.0-litre naturally aspirated flat six to a mobile library and we’d probably call it good. So for an engine of that magnitude and magnificence to get lost almost immediately by the car it’s powering? That’s worth a closer look.

But it’s not like the new 992-generation 911 GT3 RS really needs much in the way of close inspection to ascertain its intent. When the people writing a press release feel compelled to mention their company’s £194,300 sports car is ‘road legal’, you get some indication of what that machine is all about.

It’s hardly surprising, then, that the GT3 RS draws heavily from Porsche’s Le Mans class-winning 911 RSR and 911 GT3 R customer race car, or that it produces 409kg of downforce at 124mph and 860kg of aero-derived chonk at 177mph. If you can take in the number, stature and prominence of wings, diffusers and fins and not arrive at ‘That must stick like puppy poop to a plush toy’, you’ve likely not found much joy in aerodynamics, or indeed scatological similes.

The top speed of 184mph is equally easy to square upstairs, as is a nought to 62 time of 3.2 seconds. After all, if you have 517bhp motivating 1,450kg through a rapid-fire, seven-speed PDK gearbox and anything approaching decent traction, you’re not going to plod away like a mule. 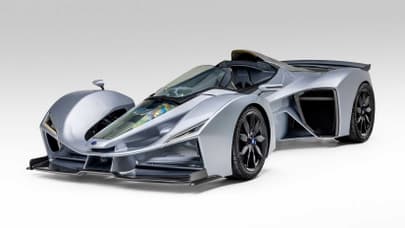 You can now chop the roof off your Delage D12 Hypercar

But that’s where the number soup of properly quick machinery will slip one past you – this is a car with twice as much downforce as the old GT3 RS and three times as much as the current 911 GT3. And carrying that sort of drag to just shy of the metric triple tonne will take more than even Porsche’s flat six can achieve without a little help.

But such is the motorsport focus of the new GT3 RS that it even has an F1-style drag reduction system. And the mechanism matches F1 pretty closely, too – look closely at the rear wing’s uprights and spot the servos, ready and waiting to go from full slipstream to maximum downforce at the push of a button. And, as per the Bugatti Veyron et al, that rear wing will also act as an airbrake “during emergency braking at high speeds”. Which does make us wonder if a future track driver could be relying on airbrakes that don’t deploy due to some too-timid pedal pushing.

Then again, given the standard-fit brakes for the GT3 RS are a massive 408mm up front and 380mm at the rear – vice-gripped by six- and four-pot calipers respectively – you’ll have to have a dispensary’s worth of Damn Brave™ pills before you spontaneously straighten out a corner. 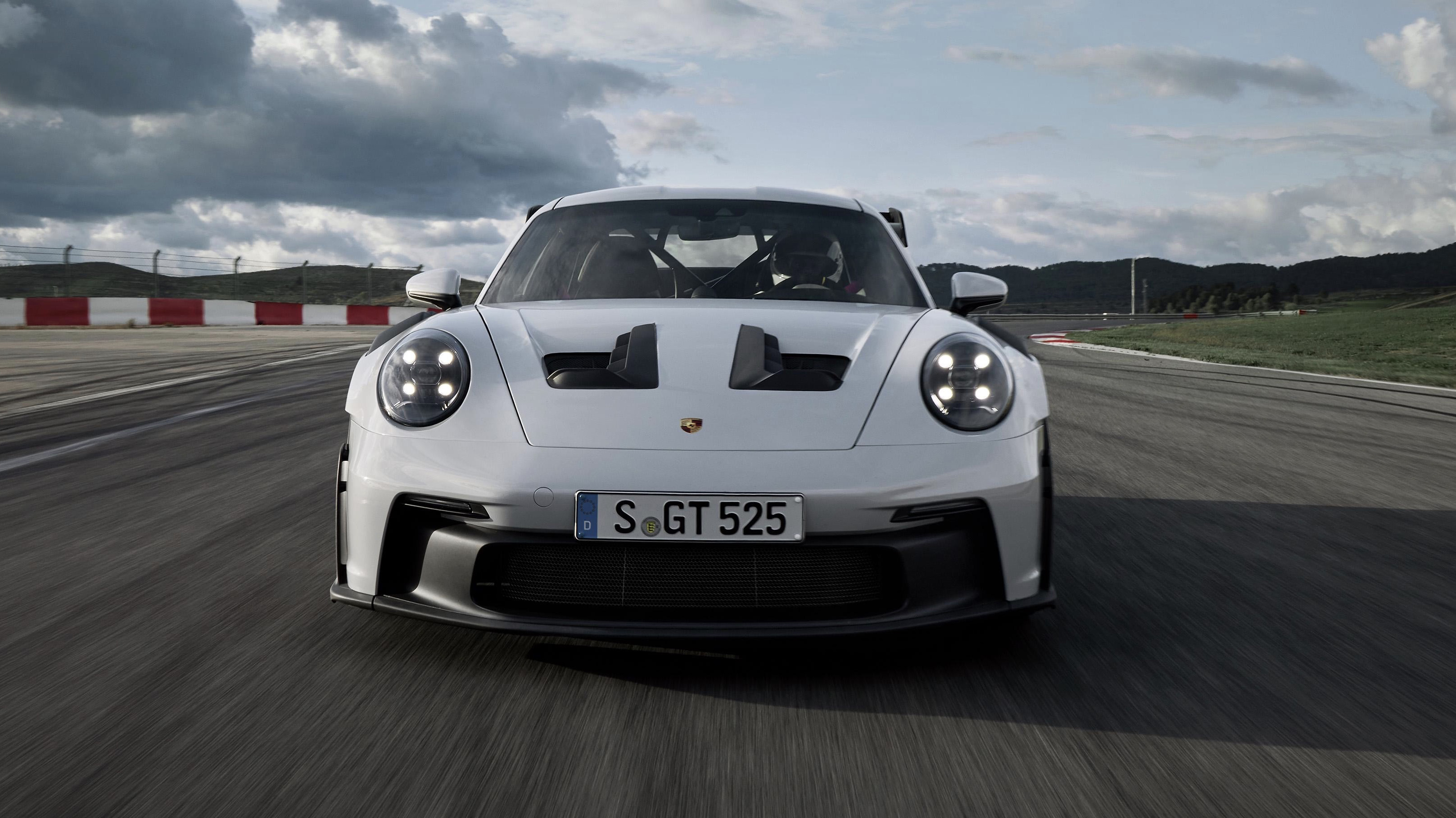 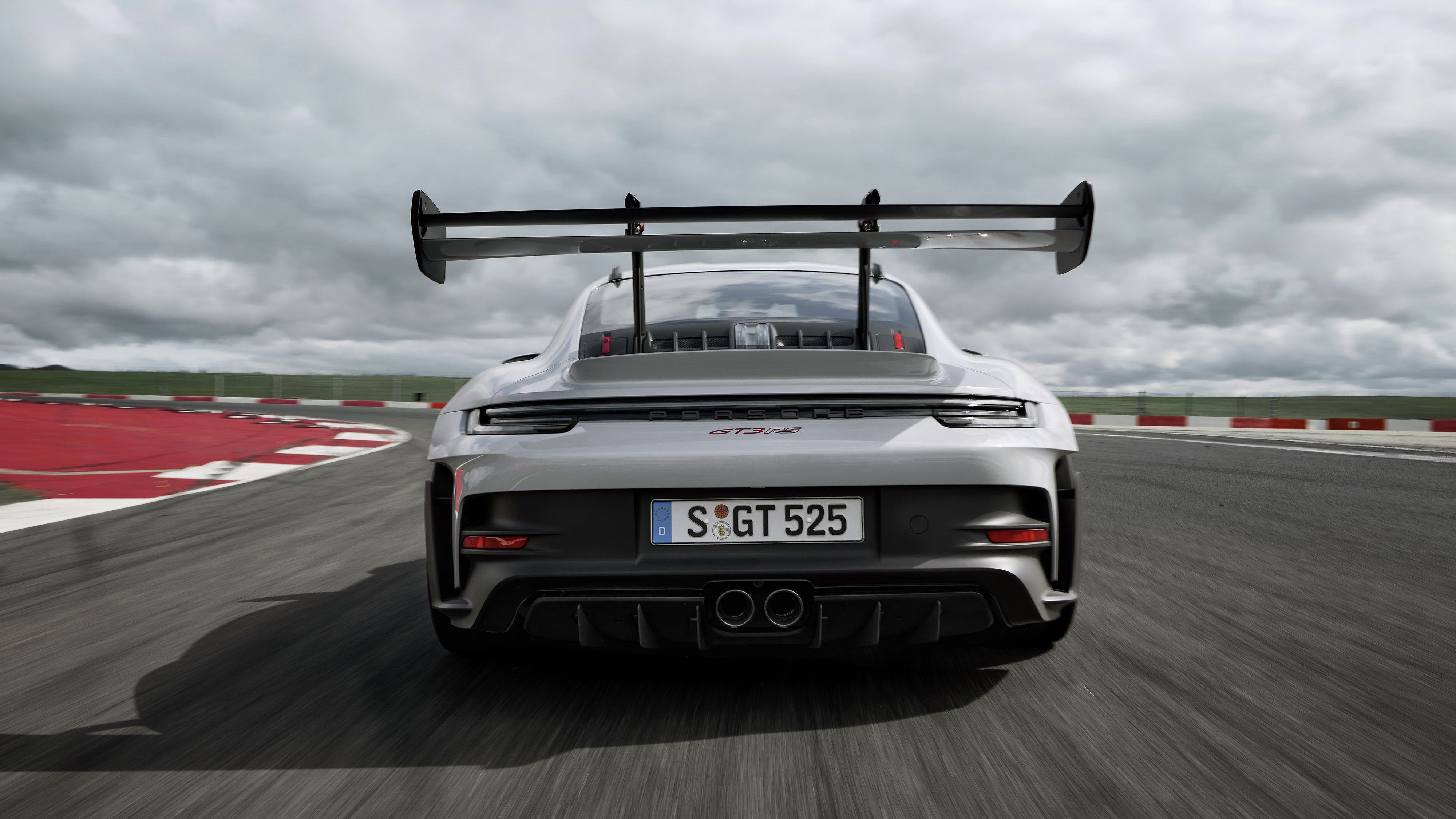 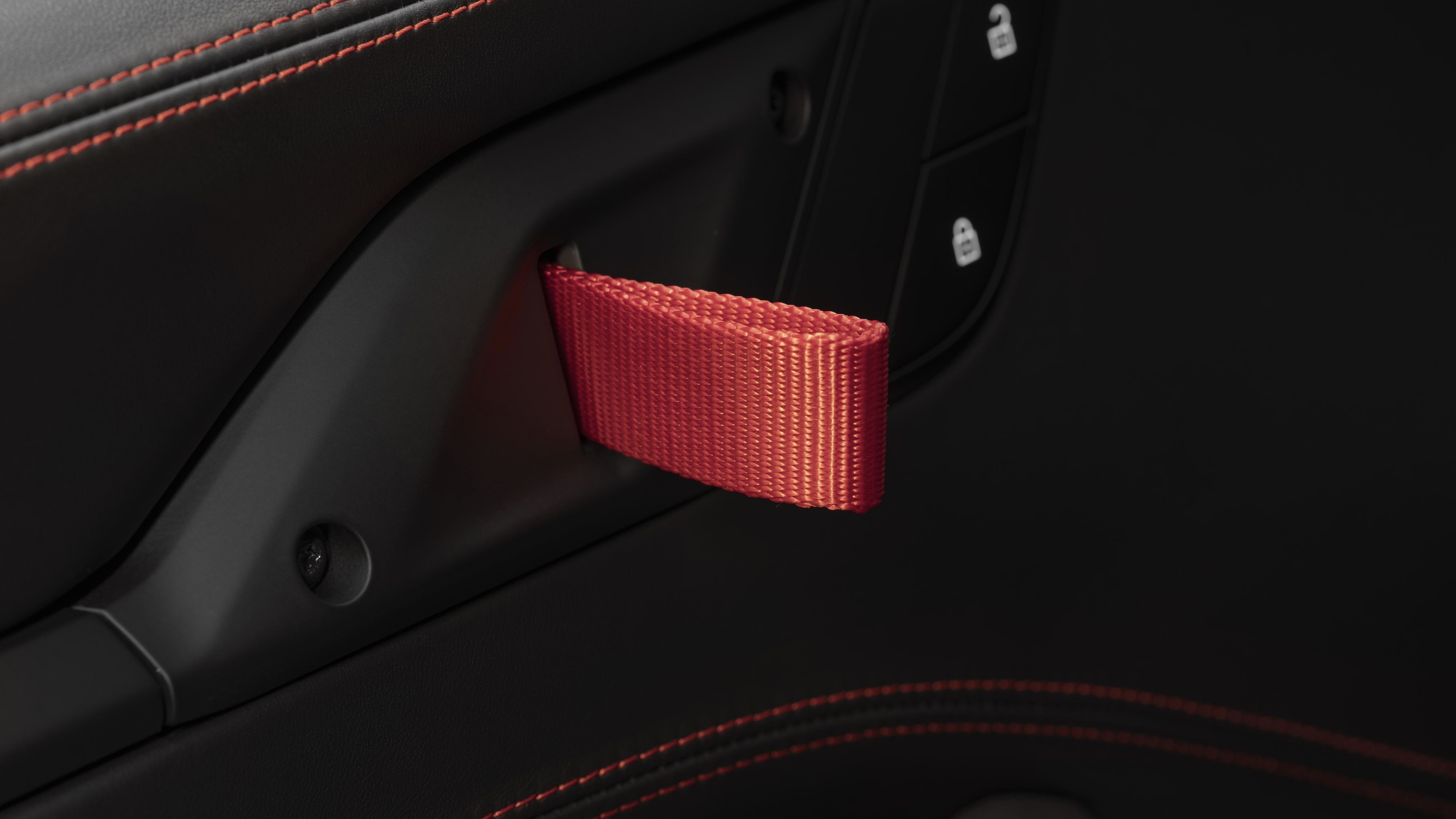 If that still seems like a risk you’re not ready to run, Porsche also offers the option of ceramic brakes with an extra 2mm of diameter up front and another 10 at the rear. And there’s something to be said for kicking the brake pedal like a mule at every brake marker and letting the massive discs, ABS and airbrake work in concert. Finesse is great and all, but brute force has generally worked for us.

Should brute force not work in your favour, the RS’s long-standing, no-cost Clubsport pack adds the rollover bar, six-point harness and fire extinguisher you’ll need to find ten tenths another day. This is still Porsche, of course, so you can pay through the nose (other orifices are available) for a carbon-fibre rollover bar to save six kilos and forged magnesium wheels to recoup another eight.

On that note, the idea of someone with the cash to splash on a GT3 RS choosing not to go the whole hog with options – or at least leaping after the no-cost ‘go racing’ Clubsport pack – seems a bit of a mental leap for us. But then again, we’re simple creatures.