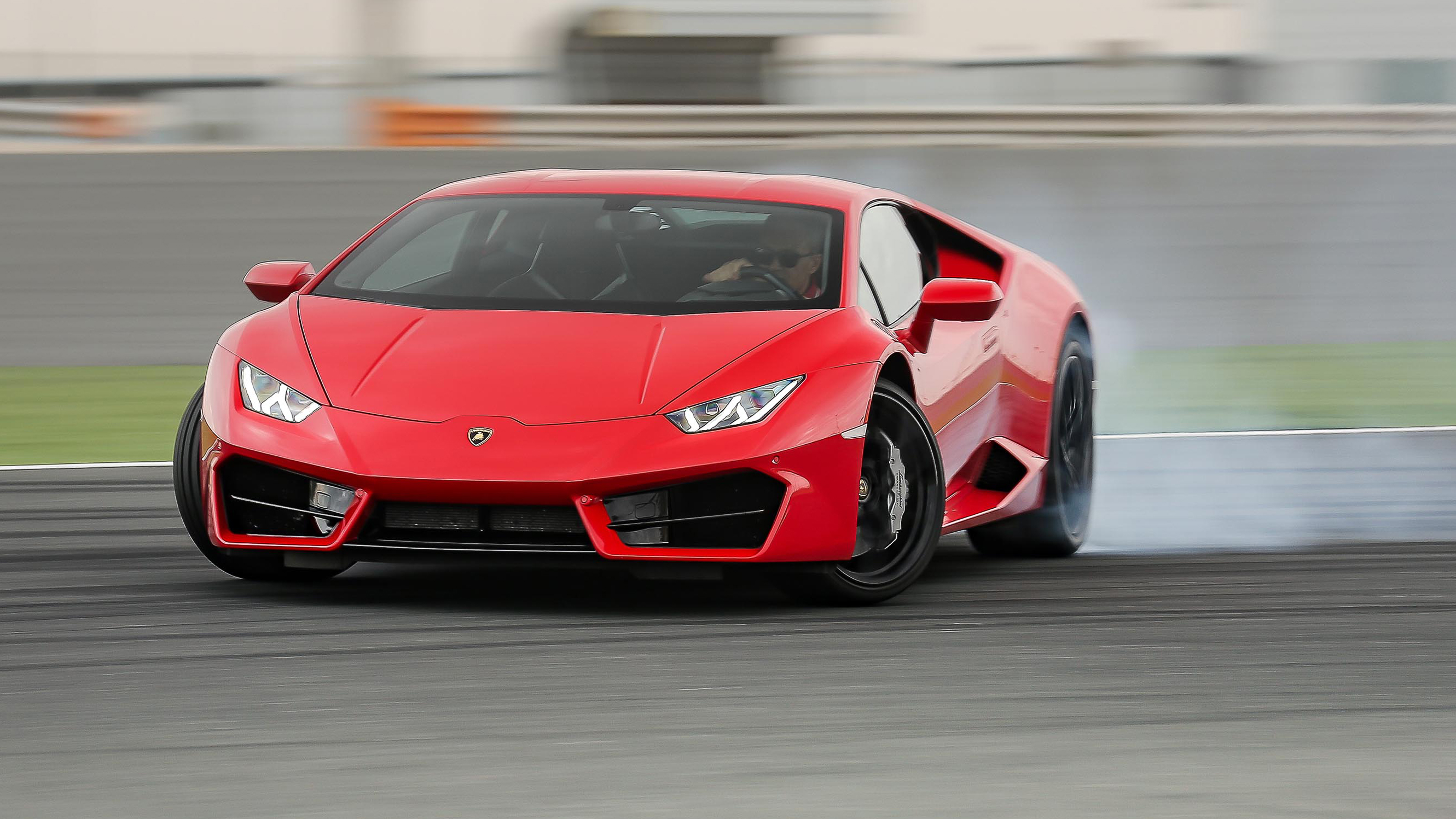 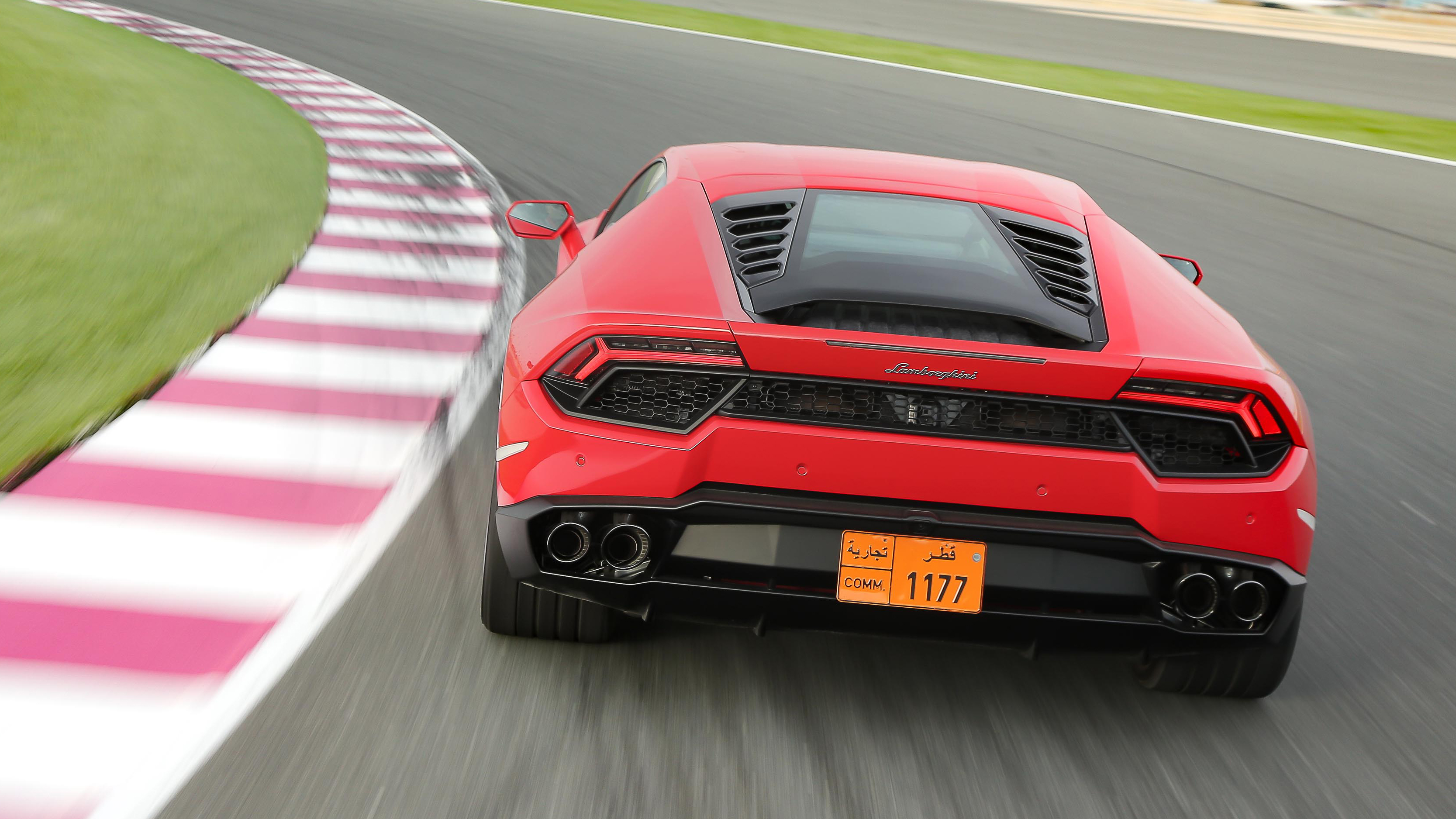 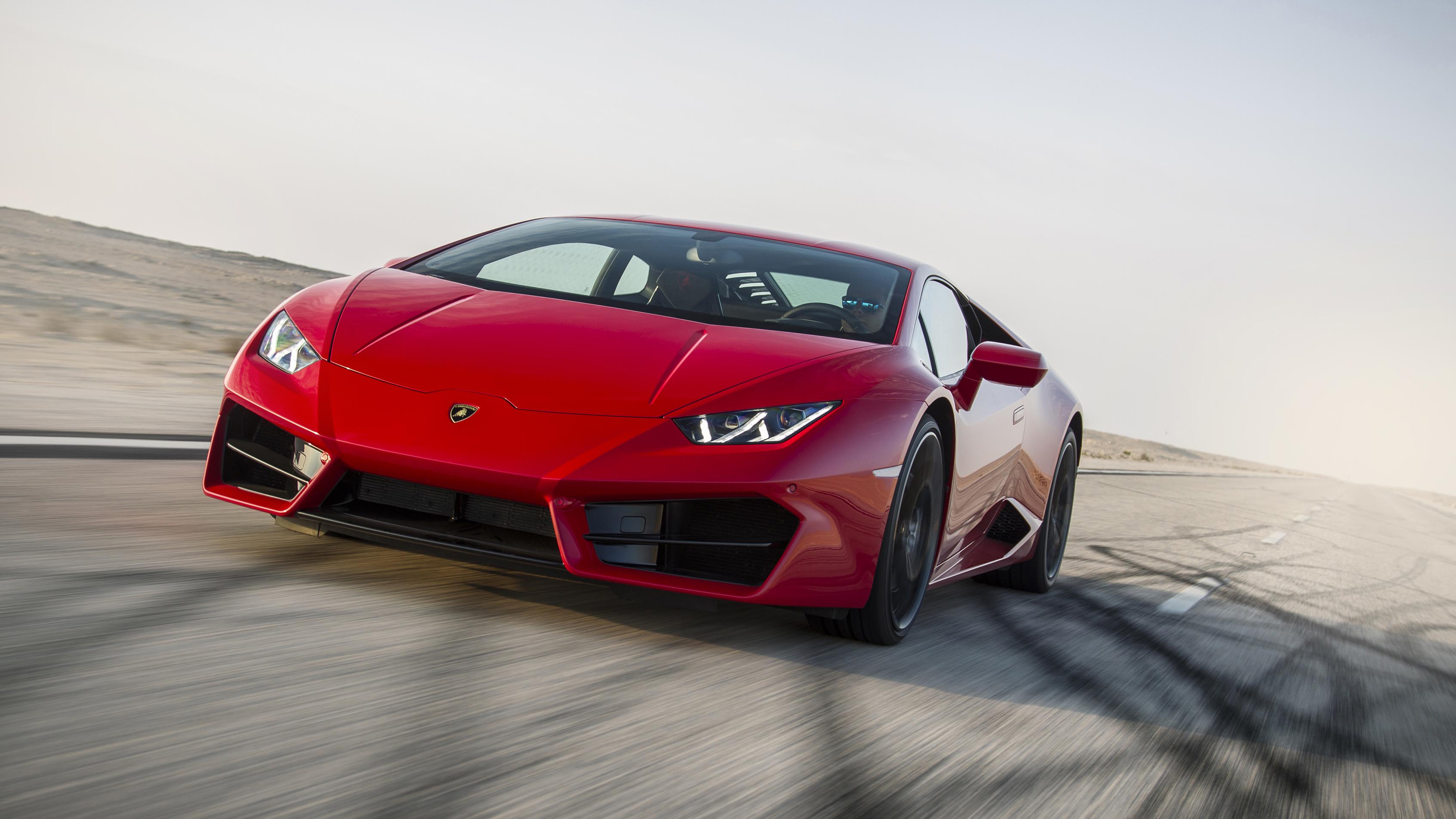 A car built to do skids. When you cut away all the fluff around the rear-wheel drive Lamborghini Huracan, that's what it's all about.

Lamborghini say it's built for fun, and that one of the five pillars that defines this model – the other four being handling, load transfer, wheel control and steering feel – is ‘Power Oversteer’. It deserves the capitals.

When was the last time you heard a car company be that blatant about, well, anything?

So there’s nothing more to the LP580-2 than good old-fashioned sliding about?

There’s a little more. It's also lighter, softer, and - crucially - cheaper than the 4WD Huracan LP610-4, which means it's targeted at a slightly different buyer.

The price hasn't been confirmed yet, but within a sniff of £160,000 is the best indication, undercutting its sibling by around £20,000.

This brings it into the same price range as the McLaren 570S, Porsche 911 Turbo and a well-specced Audi R8. 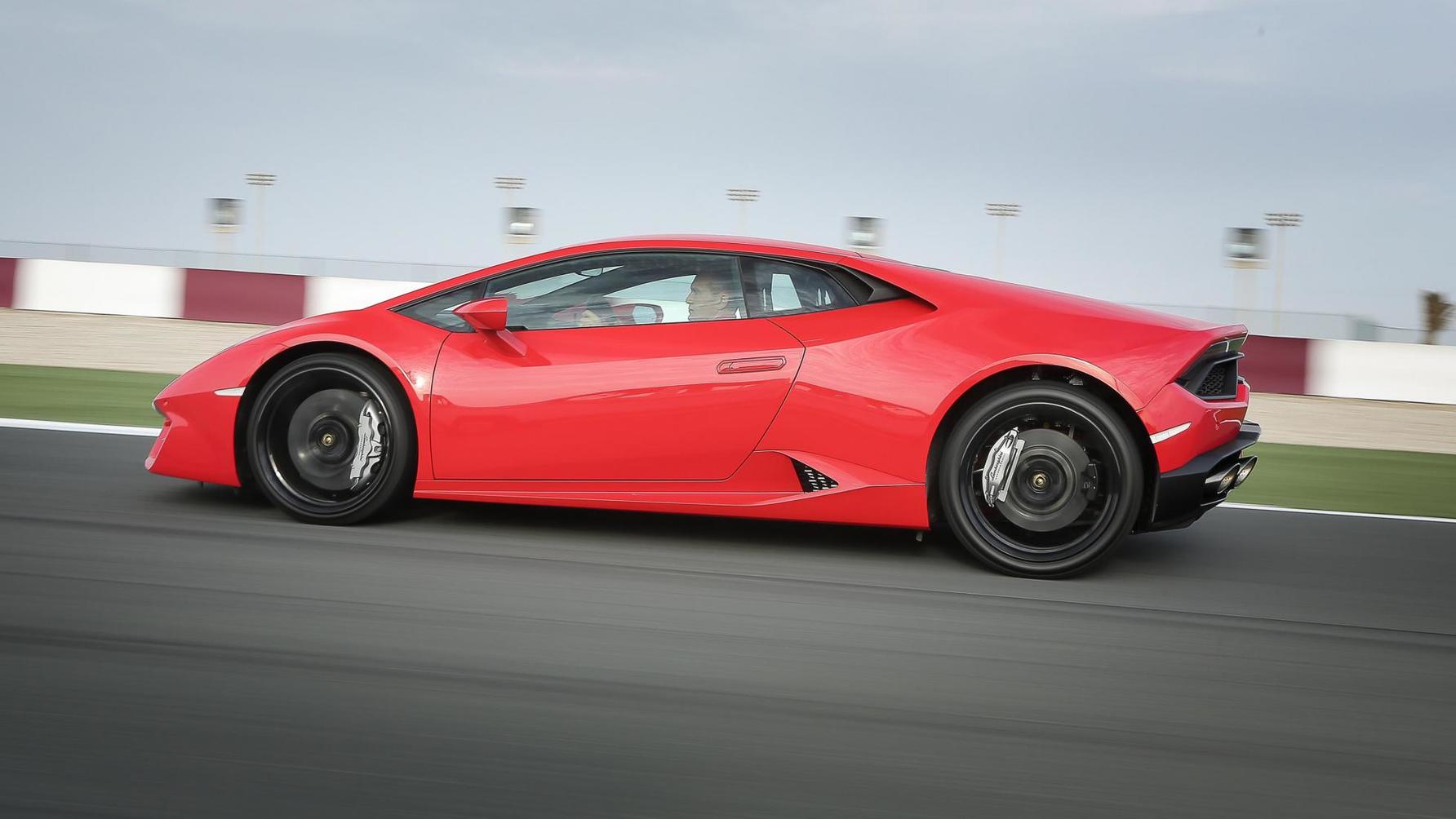 A surprising amount. A rear-wheel drive model has been part of the Huracan plan from the start, so it's been conceived to offer something different to the standard car.

Last time out, the LP550-2 Balboni, named after Lamborghini's legendary test driver, was a bit of an afterthought, so the changes, beyond the drivetrain, were minimal. This time it's different.

Simple stuff first: ditching all the unnecessary hardware has saved 33kg (all up, weight with fluids is 1497kg) and shifted the weight distribution from 43:57 to 40:60 front-to-rear.

Because Lambo engineers wanted the car to move around a bit more, to be more sensitive to weight transfer, the front springs, dampers and anti-roll bar have been backed off by about 10 percent. At the rear it's about 5 per cent.

Then they fiddled with the steering, both the standard system and the much-derided optional variable rack Dynamic set-up, to deliver more consistency and feel.

And what about the engine?

Power from the 5.2-litre V10 drops from 602bhp to 572, not simply by tweaking the ECU to limit power, but fiddling with the whole curve and rev limit.

That's no biggie, and the trade off is that the engine actually feels even more nuts at the top end. The Huracan will still do 0-62mph in 3.4secs and on to 199mph, so no, not slow - on par with the other rivals I mentioned, and both noisier and more exuberant than any of them. More on that in a bit.

New front and rear bumpers that are fractionally less aggressive, and - controversially - no LP580-2 badges whatsoever. If it was me, I'd want everyone to know I'd bought the rear-wheel drive one. And the Balboni name has gone, too. Boo.

Can't tell you – I only got to drive it on track. Had to travel all the way to Qatar for the pleasure, too, so please pity me. I suspect it'll actually be rather good on road due to the more supple suspension, but do yourself a favour and don’t have the Dynamic Steering. Not if you like steering feel.

You ought to have the magnetorheological dampers, though, and probably the carbon ceramic brakes, too.

Anyway, here's a weird one: there's actually more body roll in Sport mode than in Strada (street). That's part of the plan, allowing you to move the weight around more when you accelerate, brake and turn. Yep, this means oversteer.

Now, I feared the rear-drive Huracan would be a bit clumsy at skidding about. I thought it might be snatchy and difficult. On this evidence, that’s not the case.

I’m not saying it’s as friendly as an MX-5, because it’s not – you’re not going to go skidding around your nearest supermarket roundabout, cackling wildly with clouds of smoke billowing in your noisy, acrid wake, but if you do give it a quick prod in second you’ll find the tail arcs wide progressively and steps back in smoothly.

Your palms will be moist, but you’ll feel a bit of a hero and probably want to have another go at the next roundabout.

What about on track?

Predictably, Lamborghini talked the oversteer talk in the briefing and then expressly forbid us from switching the ESP off. On a completely unrelated note, I can report that it’s only in Corsa mode that ‘ESP off’ is telling the truth.

But in Corsa the stiffer suspension makes it a bit trickier, so you switch back to Sport, but then even when the traction claims its fully off, it’s not. And Lambo hasn’t yet developed an answer to Ferrari’s insta-hero Side Slip Control mode.

It doesn’t matter. Much. You might have a quick dabble with opposite lock, but otherwise you’ll be driving this car normally. It’s good, it really is, but I'm not convinced by the steering. Lamborghini claims all the cars had the normal set-up, but to me it felt more like the Dynamic system. There wasn't much feedback coming through.

Both steering systems have been recalibrated and improved here over the 4WD version, and I understand the benefits of a variable rack for parking and mooching about (over 90 per cent of Huracan buyers choose it), but when I've driven them before I've found it tricky to place the car accurately on the road - it feels too artificial. And that, surely, is a much bigger issue. 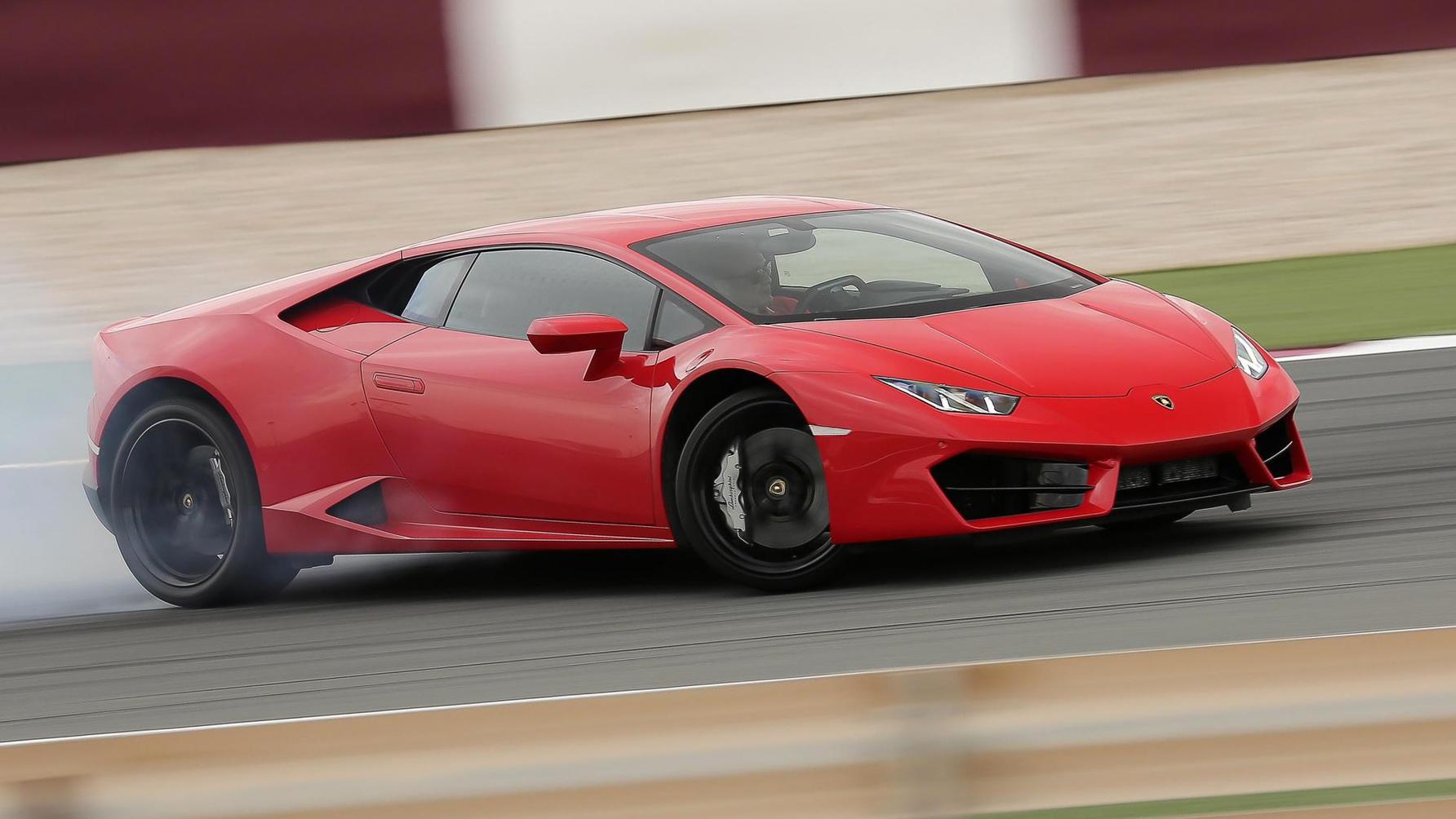 How’s the chassis, though?

Really good. On track there’s a touch too much safety-first understeer, but I can’t see that being an issue on road, and what did impress me is how responsive the chassis is to the throttle pedal. Little mid-corner lifts have a big say over your trajectory and line.

Just don’t get greedy with the throttle too early, or you’ll push into understeer. The Huracan likes to be driven precisely, and if you do that the rewards are there. Then once out the far side you can be as clumsy as you like with your right foot.

Oh yes. This is Lamborghini proving natural aspiration is still the way forward for noise, response and top end motivation. The V10 barks, yelps and makes a terrific song and dance, and the twin-clutch gearbox is suitably impressive. As a whole this drivetrain take some beating.

And no, there’s no manual gearbox, nor is there ever likely to be one in a Lamborghini again. R&D boss Maurizio Reggiani points out that the Diablo clutch required 42kg of leg force to be applied to it, and as power figures keep on rising, something other than your left leg has to take the strain.

So this, or the 4WD Huracan?

This one. I like the extra suspension movement – the fact it permits 1.81 degrees of roll rather than a mere 1.52 degrees. It feels a little more supple and interactive.

Not such a winter weapon obviously, and when talk turned to lap times Reggiani freely admitted it’s not as fast – but nor is it intended to be. It’s about having fun, and that’s what a Lamborghini is all about.