How does the 488 Pista stack up against its heavyweight rivals on paper? 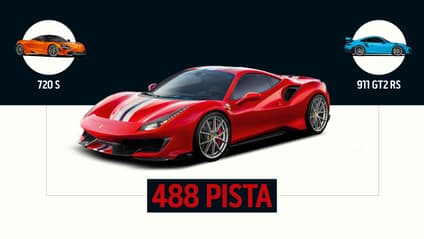