14th-generation pickup gets hybrid drive and much tech 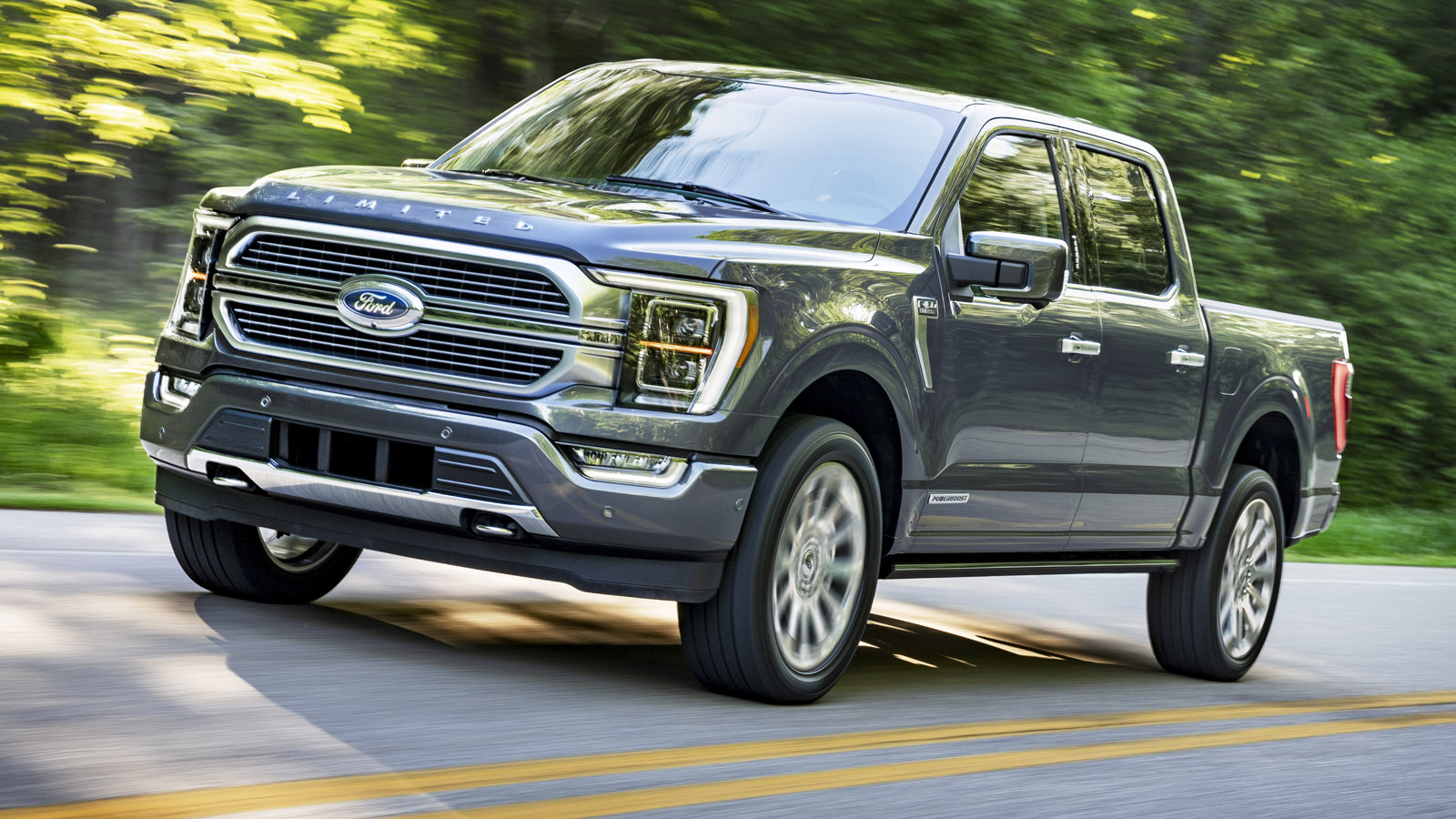 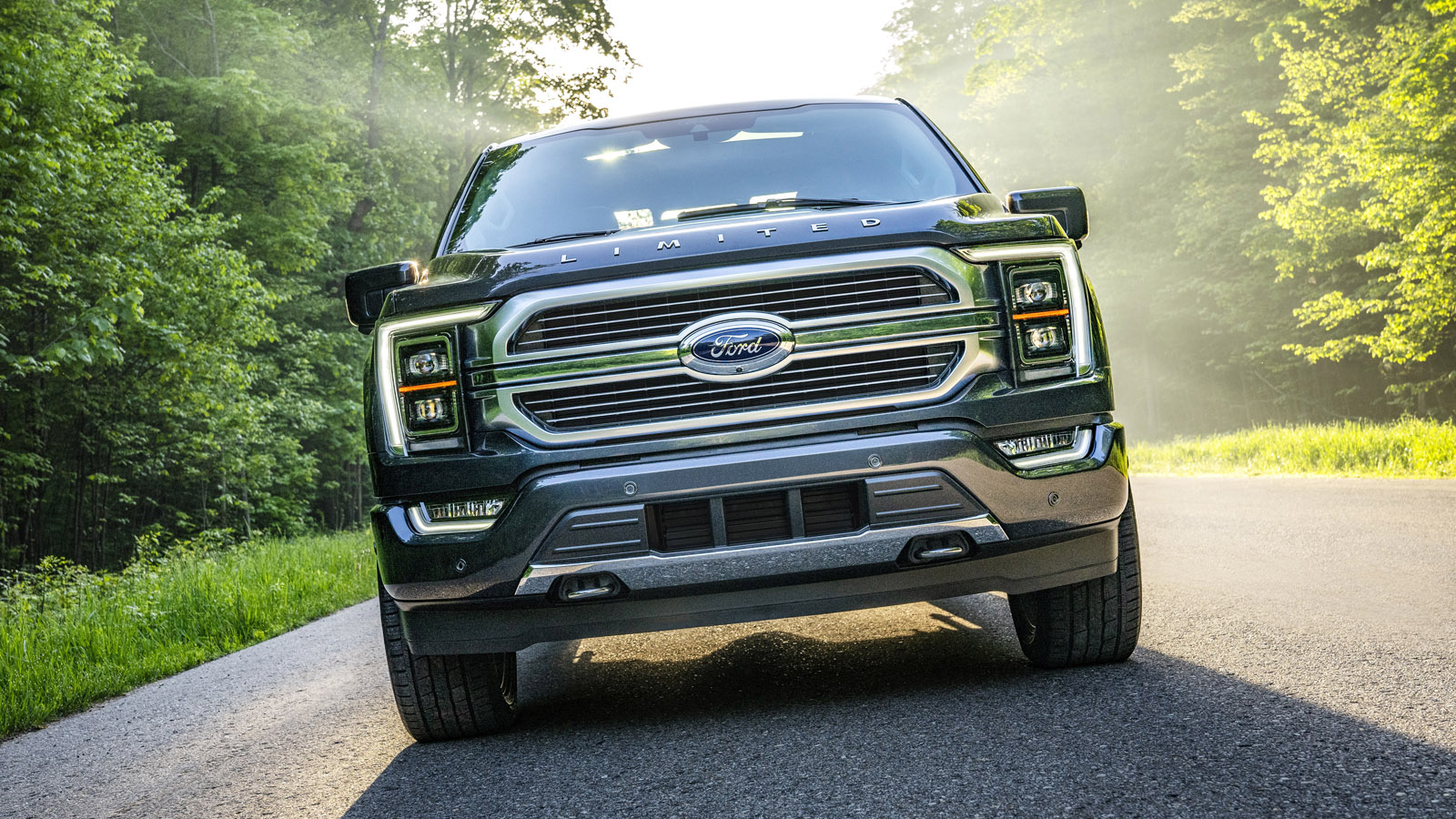 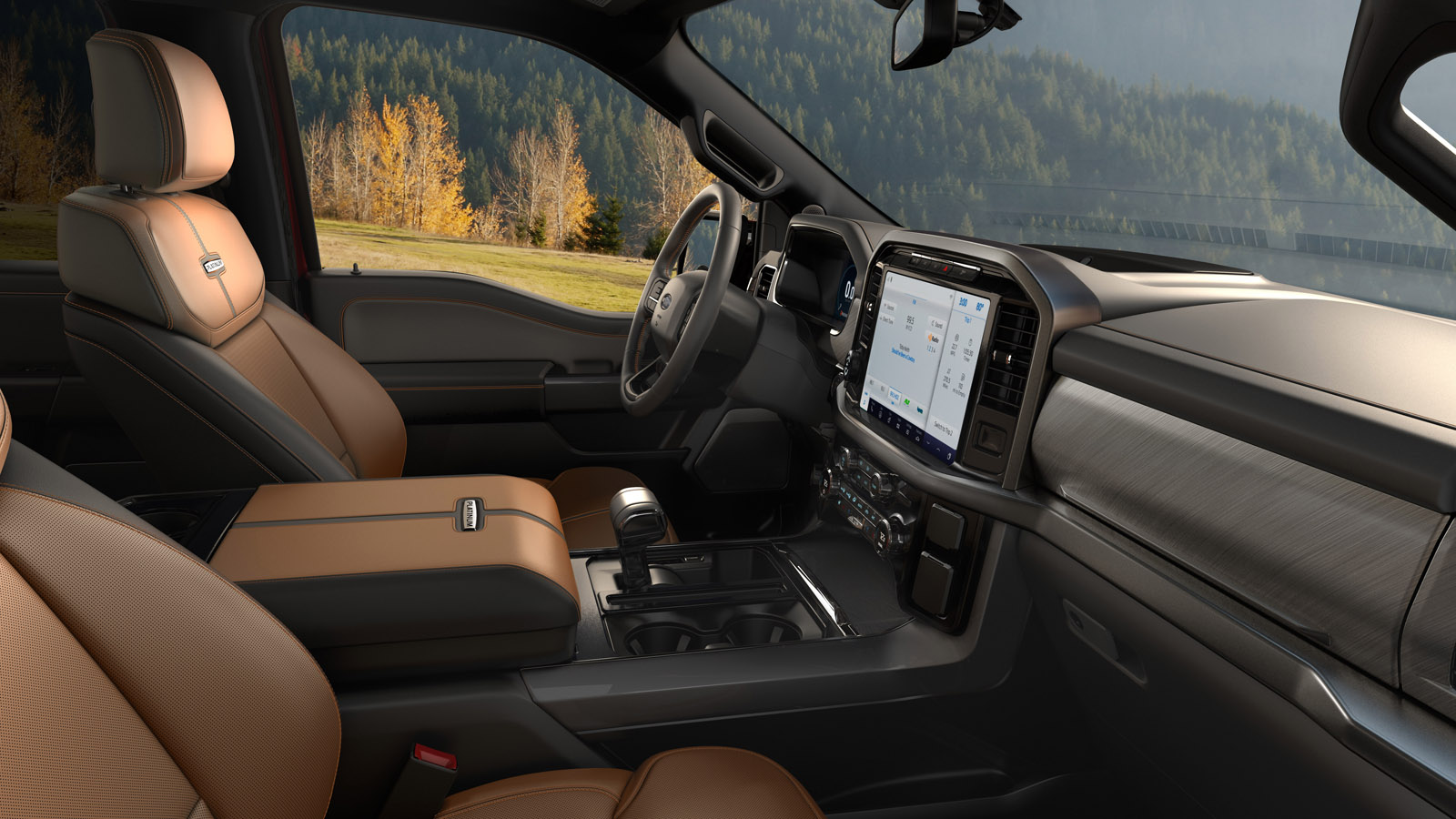 The Blue Oval claims the 14th generation F-150 is the toughest ever and ought to “deliver the most maximum towing, payload, torque and horsepower of any full-size light-duty pickup”. While it sits on a separate steel chassis, the body is made from “military-grade aluminium alloy”. Doesn’t look massively different from the old one, but we’re promised every single panel is new.

Many of the engines are carried over from the last-gen F-150 – a nat-asp 3.3-litre V6, 2.7 and 3.5-litre turbocharged ‘EcoBoost’ V6s, a 5.0-litre V8 and a 3.0-litre diesel. Active aero in the form of grille shutters and an air dam, as well as the new styling, help reduce drag and improve fuel consumption. We know an all-electric F-150 is coming, but to tide us over till it arrives Ford has added a ‘PowerBoost’ hybrid to the line-up.

It pairs the 3.5-litre turbo’d V6 with a 47bhp electric motor integrated into the ten-speed automatic transmission. Energy captured from braking is stored in a 1.5kWh lithium-ion battery. Ford hasn’t released power figures, but claims the hybrid will have “the most torque and horsepower of any light-duty full-size pickup”, a range of around 700 miles and be able to tow 12,000 pounds.

Other clever tech? You can spec an onboard generator that produces up to 7.4kW for powering tools, loudspeakers or even charging-up electric dirt bikes. Lights all around the outside of the truck can be switched on and off at will, and the tailgate can be converted into a desk with integrated rulers, a place for your pens, pencils, phone and cup of coffee.

Inside you can get seats that recline almost entirely flat for resting between jobs (or camping), you can flip the gear selector down to transform the centre-console into a large, flat workspace and there are massive lockable storage cubbies EVERYWHERE.

Clicked through the pictures? You’ll have noticed the big screen. It’s 12-inches across and runs Ford’s latest Sync4 infotainment system. Lesser F-150s have 8-inch screens, but all get physical climate controls and lots of knobs and switches you can operate with gloves on. Headline tech includes over-the-air-updates and ‘hands-free’ cruise control (yes, really) that works on over 100,000 miles of pre-mapped divided highways in the US and Canada. A camera monitors your face and eyes to make sure you're still paying attention to the road.