The time we drove a Lamborghini LM002

Would you rather drive an LM002 or a Countach? LM002 every time, for some of us 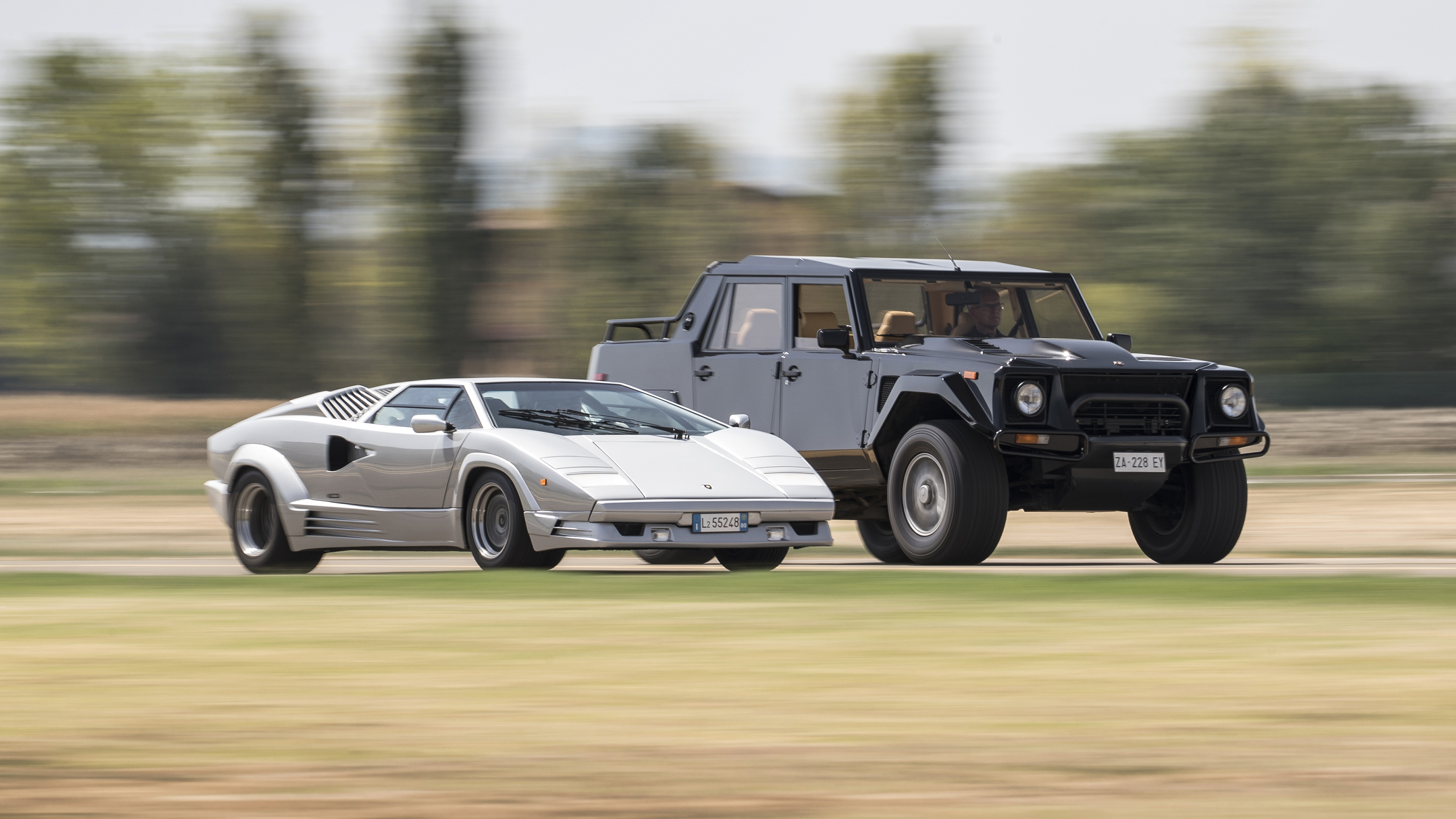 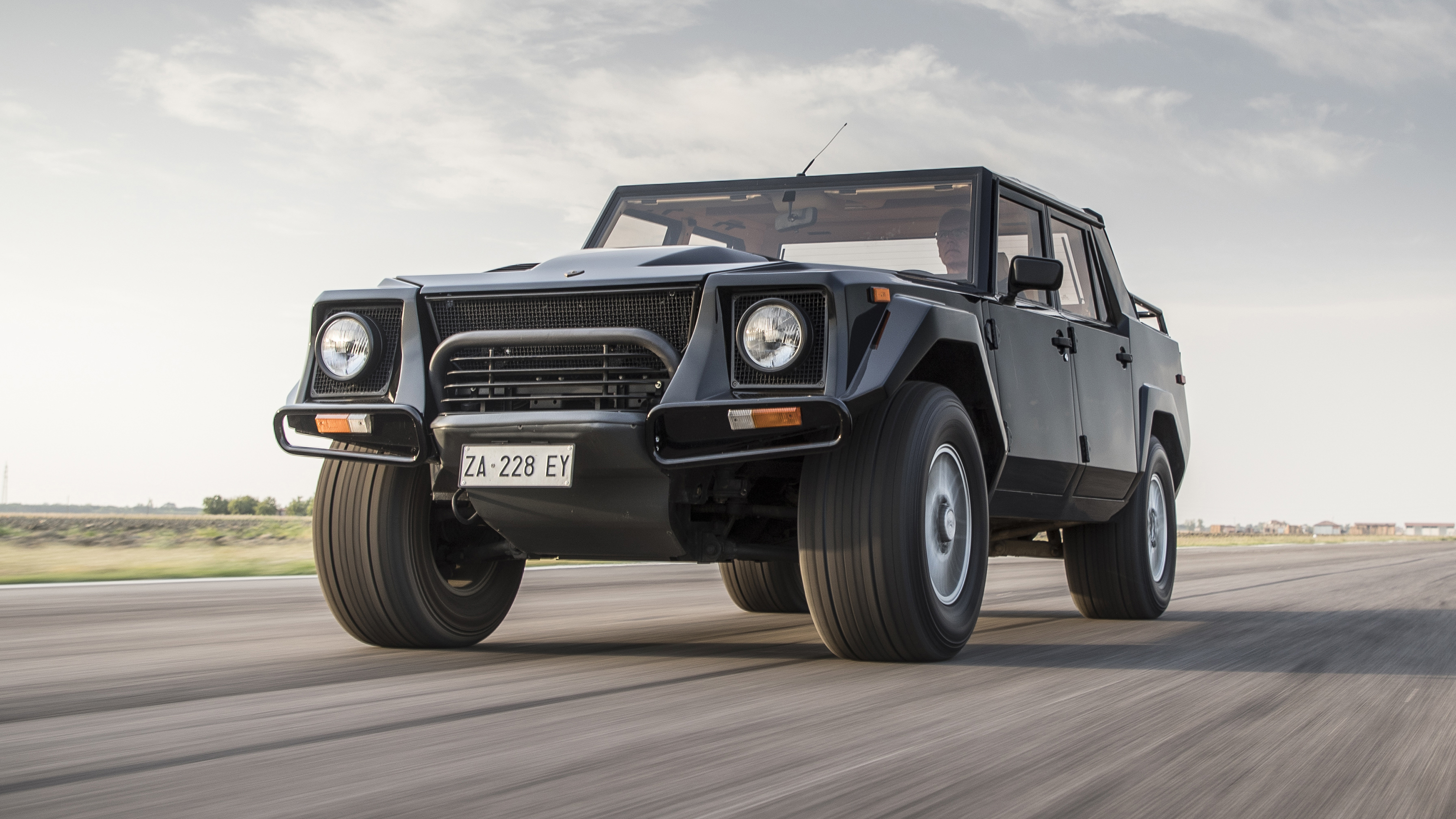 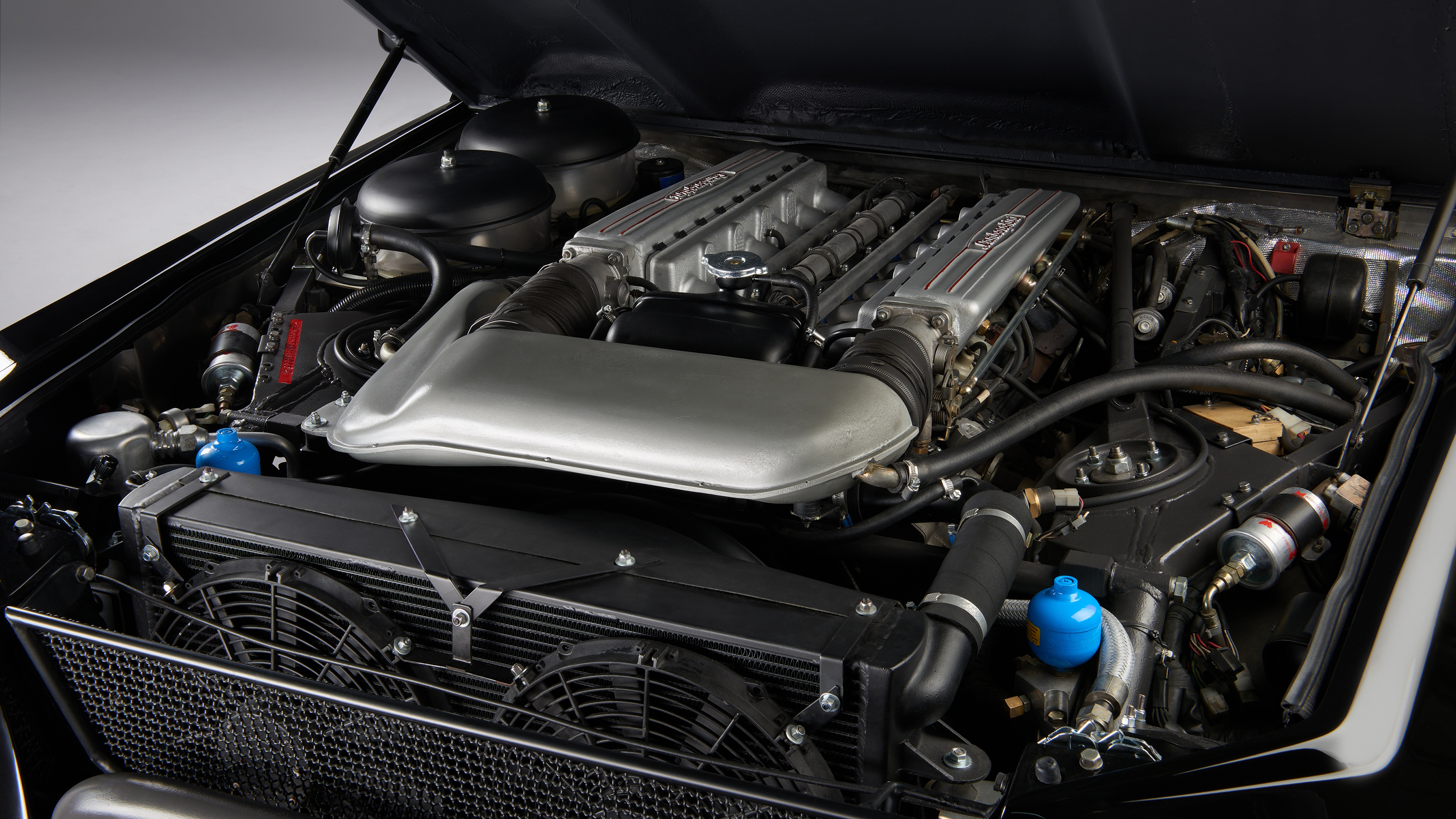 Never meet your heroes. This advice is given because your heroes might turn out to be flawed, and lesser persons than their accomplishments.

But that’s not why I stick to it. It’s more that I, when faced with their genius, will show myself to be an even lesser person than I already am. A gibbering idiot, basically. A quiet word to Bob Dylan: if ever you find yourself in a plane seat adjacent to me, best you bury your nose in a newspaper for the duration of the flight.

So I tell myself I don’t care that much that I’ve never driven a Lamborghini Countach. It has always been my hero car, my poster-car – it was on my bedroom wall in 1978. It was the most powerful and loudest and visually more drop-dead dramatic supercar of all, and 30-plus years later it probably still holds two of those three titles.

But if I drive one today, will I find out its flaws? No, it’ll find out mine. I’ll be unworthy. And likely incapable of scrunching myself into its impossible driving position, changing its impossible gears, mastering its impossible handling. Oh they won’t actually be impossible, but those are the excuses I’ll need if I’m to keep my gibbering dignity intact. 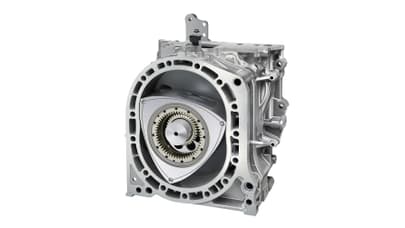 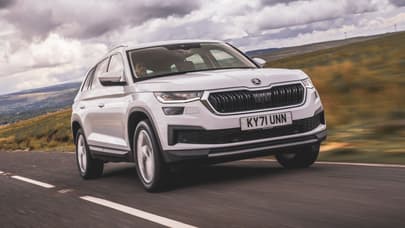 Back in 2010 it looked like the moment of judgment had crept up. I was at Lamborghini to learn about the new V12 engine that would end up in the Aventador, but then they said it looked like there might be a few minutes at the end of the day for a brief squirt in the factory-museum Countach.

I said "oh yes, how wonderful, thanks". But inside me the red lights were flashing. I was a little child, scared and vulnerable, and, as a way of avoiding the match against the big boys I took too long tying my bootlaces. I detained myself interviewing then company boss Stephan Winkelmann until someone else had jumped into the Countach.

But then events took a turn for the surreal. A colleague suggested we go for a jaunt in the museum’s LM002. I was OK about driving this. It’s a car with just as much presence as the Countach, but absolutely none of the aura.

To jog your memory. This was launched in 1986 as a military vehicle, a sort of proto-Hummer that shifted a few copies to some decidedly unsavoury dictatorships, and rather more to sand-bound civilian playboys. It weighs nearly three tonnes, is absolutely vast, eye-assaultingly ugly, and capable of draining its 290 litre fuel tank in a matter of minutes. For these and many more reasons, it is anything but my kinda car.

Still, there’s one thing to like very much. Responsible for that immoderate consumption is a full-on Countach V12. Let’s saddle up this spectacularly vulgar horse.

Despite the external vastness, inside it’s like a little wendy house. The dash is a random splatter of incomprehensibly labelled switches. The gearlever is almost beyond reach, and at your knee and hip are supplementary 4WD levers. Never figured them out.

We depart the factory in a clap of V12 thunder. But pressing the throttle gets little action, except a wobble from the steering. Braking, too is comedically ineffective, except also for a random change of direction. All this vagueness in the helm would be bad enough in a normal-sized car, but in one that bulges over the white lines it’s really quite puckering. The gearlever is like a tiller in an ocean squall.

Coming through a village, a Fiat Scudo van is hustling in my mirror. As the road clears on the exit, I resolve to hose him away with my 400 horses. Or at least poison him with the vapours of my 12 carburettor chokes. I drop to second and floor it. The result is not what I’m looking for. He snappily overtakes and disappears gracefully into the distance.

The LM002 is unworthy. But yes I’m unworthy too. Soooo glad I didn’t drive the Countach.