How to do a handbrake parallel park

Ever seen a stunt driver whip a car into a tight space with a handbrake parallel park? Here’s how it’s done 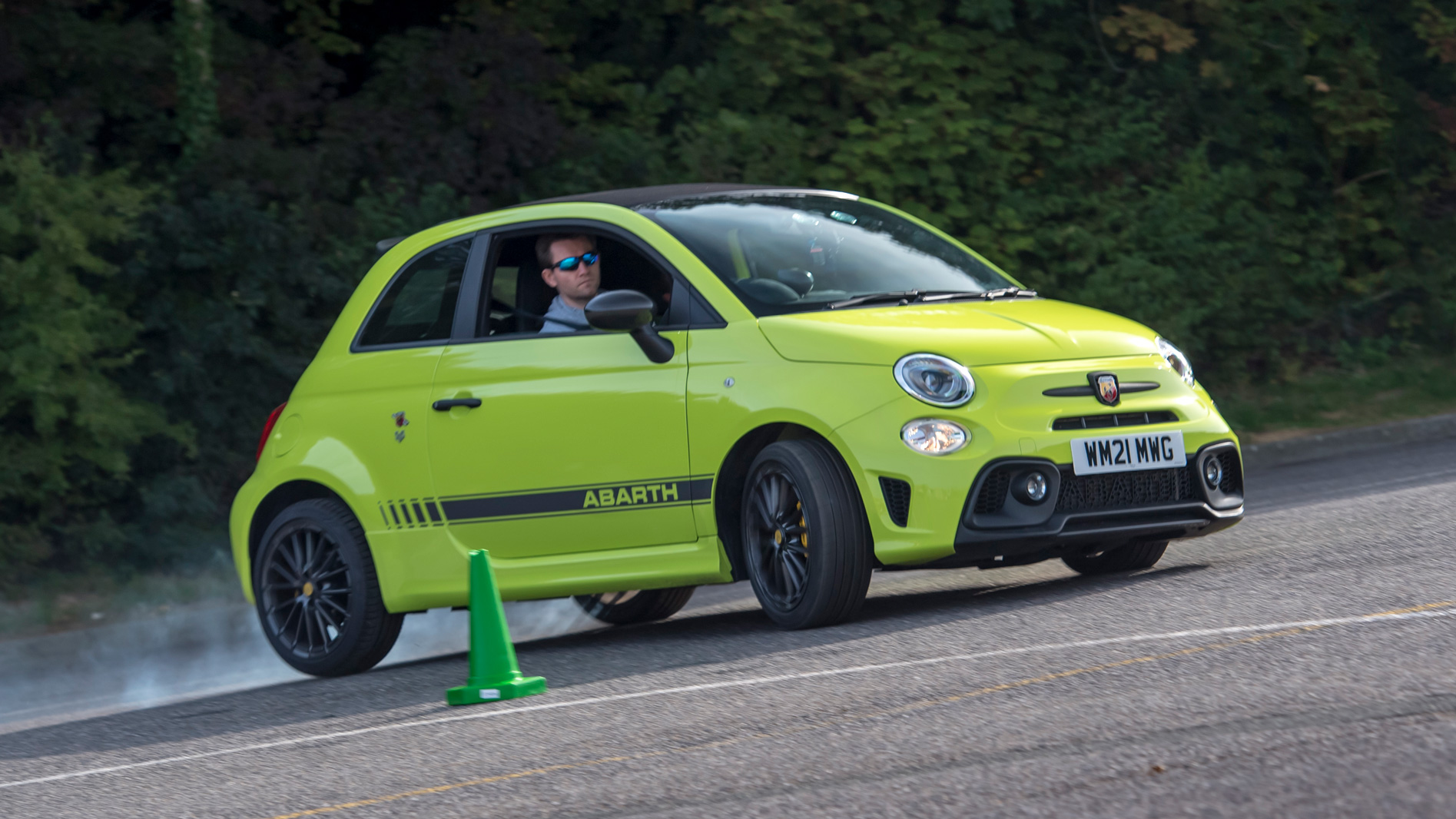 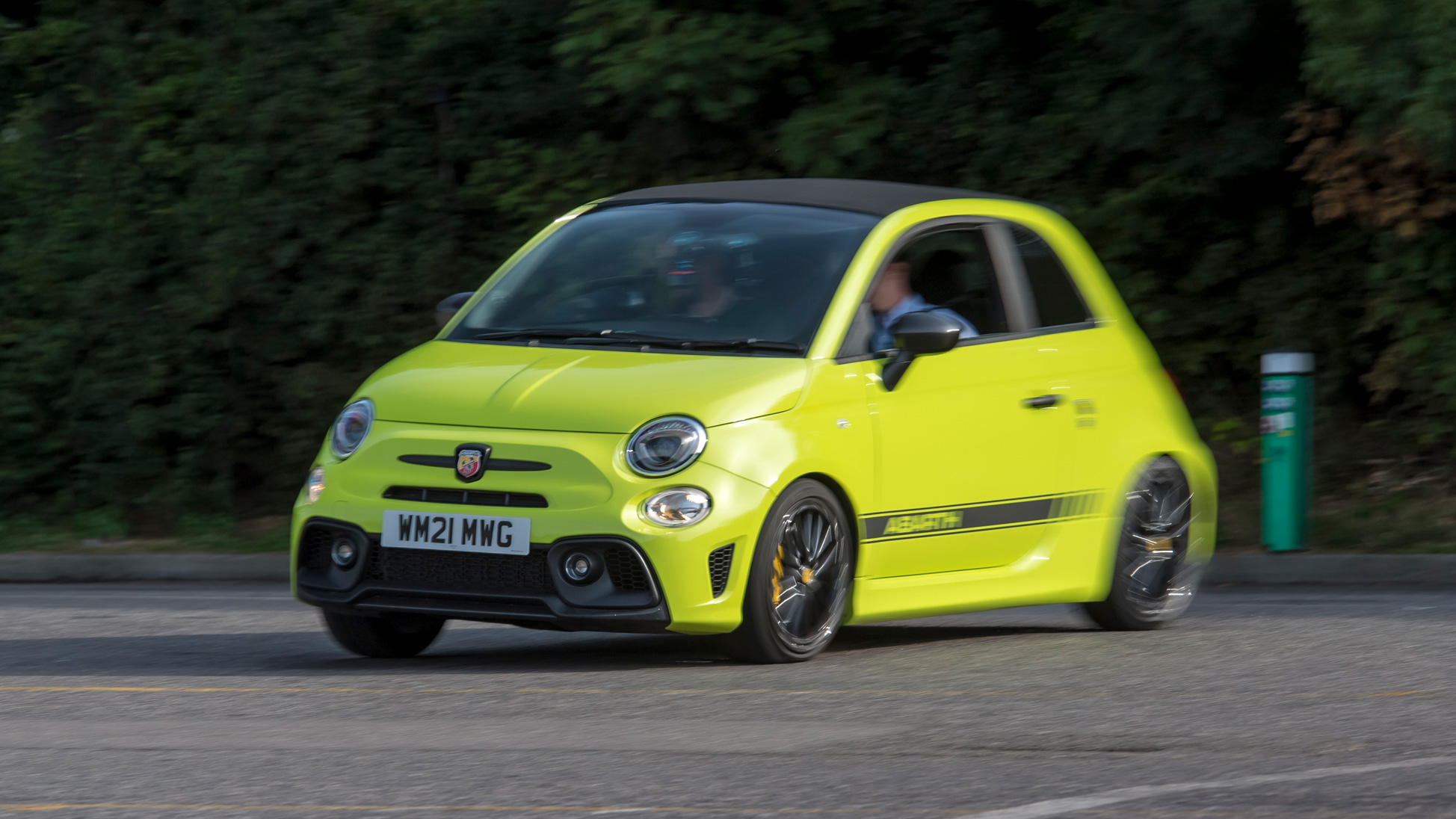 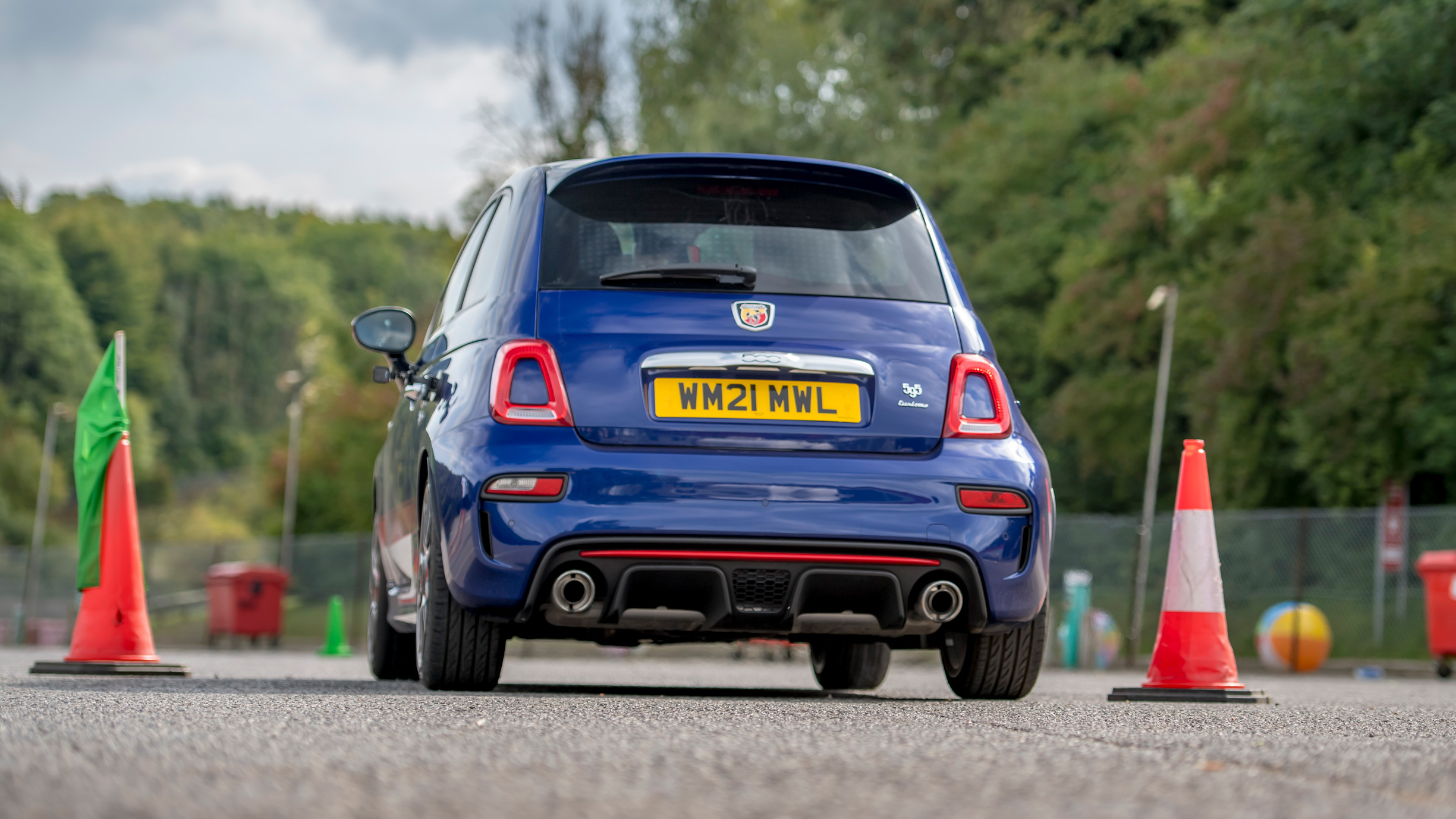 If you were browsing this region of the internet recently, you will have caught TG’s step-by-step guide to executing the perfect handbrake turn, carefully laid out off the back of an Abarth-led training session at Brands Hatch.

Good News! We’re back with another skills-you-musn’t-deploy-in-public masterclass, this time running you through the fundamentals behind the lesser-spotted handbrake parallel park.

What is a handbrake parallel park, exactly? It’s where - instead of gently reversing into a space as you would normally - you engage the handbrake at moderate speed to whip your car into your chosen parking spot in the most precise (yet out of control) way imaginable.

You might remember that Alastair Moffatt set a Guinness World Record for such a manoeuvre some years ago, placing a Mini into a spot just 34cm longer than the car itself. In reverse. As if it wasn't hard enough already. 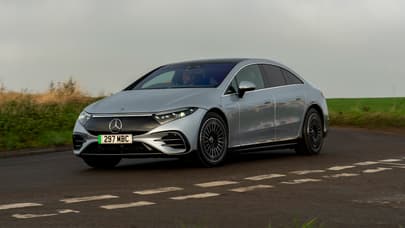 Keen to learn? Continue scrolling for a full explanation…

It goes without saying that you must never, ever attempt a handbrake parallel park in an actual real-world situation. This much should be obvious, but we’re spelling it out so you can’t tell the officer who’s just arrested you that ‘Top Gear said it was fine’.

The risk of hitting another car or another person is far too great, so if you’re going to practice your handbrake parallel parking your best bet is to get hold of an abandoned car park, or better still some private land. If needs be, lay out some cones so you have a nice, frangible target to aim for.

You also need to be aware that ripping up the handbrake several times in a row and deliberately skidding your car’s rear wheels has consequences. Consequences like needing replacement handbrake cables, and replacement tyres. You’ve been warned.

Step one: build up speed

First off, let’s be clear about what you’re attempting here. Try to imagine driving parallel to the space you want to end up in, about two or three car widths over. When you come to deploy the handbrake, you’re going to induce a 180-degree spin that’ll have you pointing the other way when you come to a stop. Got that?

Good. Now, build up some speed. First-timers will be surprised how much vigour you need for a handbrake parallel park, but we’re not aiming for F1 speeds here: in our Abarth, we found the sweet spot was roughly 22-25mph. First gear will be fine.

This is key to getting the rear wheels nice and loose. As the nose of the car becomes level with the front end of the space, we found it was useful to give the steering wheel a little flick in the opposite direction to the way we wanted to turn, just to shift the weight balance more easily.

Just as the nose of your car is about to intersect the mid-point of the parking space, you want to apply lots of steering lock as quickly as possible. For turning right, have your right hand in the seven o’clock position on the steering wheel, with your left hand primed and ready to engage the handbrake; for turning left, go for five o’clock.

You don’t want full lock here, as that’ll eventually cause the kind of damage that’ll require the assistance of a tow truck. We found a turn-and-a-quarter was enough for us, but every car is different so you’ll need to experiment a little.

Picture all 180 degrees of your turn: your aim is to engage the handbrake about 45 degrees into that arc. Again the sweet spot will change from car to car, but you want to lock the rear wheels early enough to produce a sweeping skid, but not so early that you can’t pounce on the weight transfer you’ve so carefully induced.

From this point on, keep the handbrake up until you’ve come to a complete stop.

Unlike with a handbrake turn you can’t use the throttle to fine-tune your skid, so just before the nose aligns in your chosen space, put the clutch in and press the brake pedal. This’ll stop you lurching forward at the end of the manoeuvre and - heaven forbid you encounter an actual obstacle - prevent you from bulldozing into it. You remembered to do this in an empty space, right?!

READ MORE
How to do a handbrake turn

It won’t seem natural at first, but the success or failure of your handbrake parallel park will depend on what you do in the first phase of the manoeuvre. If you need to adjust the trajectory of your car you can let out or apply more steering lock accordingly, but you’ll need to have done a lot of practice to get a feel for how sweetly things are going mid-turn.

Step six: bask in your own excellence (hopefully)

All being well you’ll have expertly pivoted round, stopping exactly parallel within the space with an equal amount of room either side. Take the car out of gear, step out and embark on your favoured method of celebration. TG can recommend a Shawshank Redemption-style kneel and arm raise, if that helps.

You’ll want to practice your handbrake parallel turn as much as possible, but while it’s a more gentle trick than the full handbrake turn, it’s still a good idea to take regular breaks to allow your car’s components to cool off. You’ll notice your handbrake getting less effective over time: this is because the repeated action is stretching the cable, and eventually you’ll need to get a replacement.

Pay attention to the small details during your turn. Were you fast enough to begin with? Did you engage the handbrake at the right time? Did you use enough steering lock? Could the brake pedal be needed sooner? Eventually you’ll become acutely aware of where all of your inputs need to be, and muscle memory will build up to the point where you land a passable attempt every time.

A bit of TLC goes a long way. After a couple of hours of - and let’s put this bluntly - unskilled and relentless abuse, all three of the Abarths used on the day needed fresh tyres and handbrake cables. And one required a new driveshaft. Oops.

The point is, doing the above enough times over will inevitably lead to the degradation of stressed parts, so make sure those parts get changed. Tread depth is especially important: you can get into a lot of trouble for using tyres that are badly worn in public.