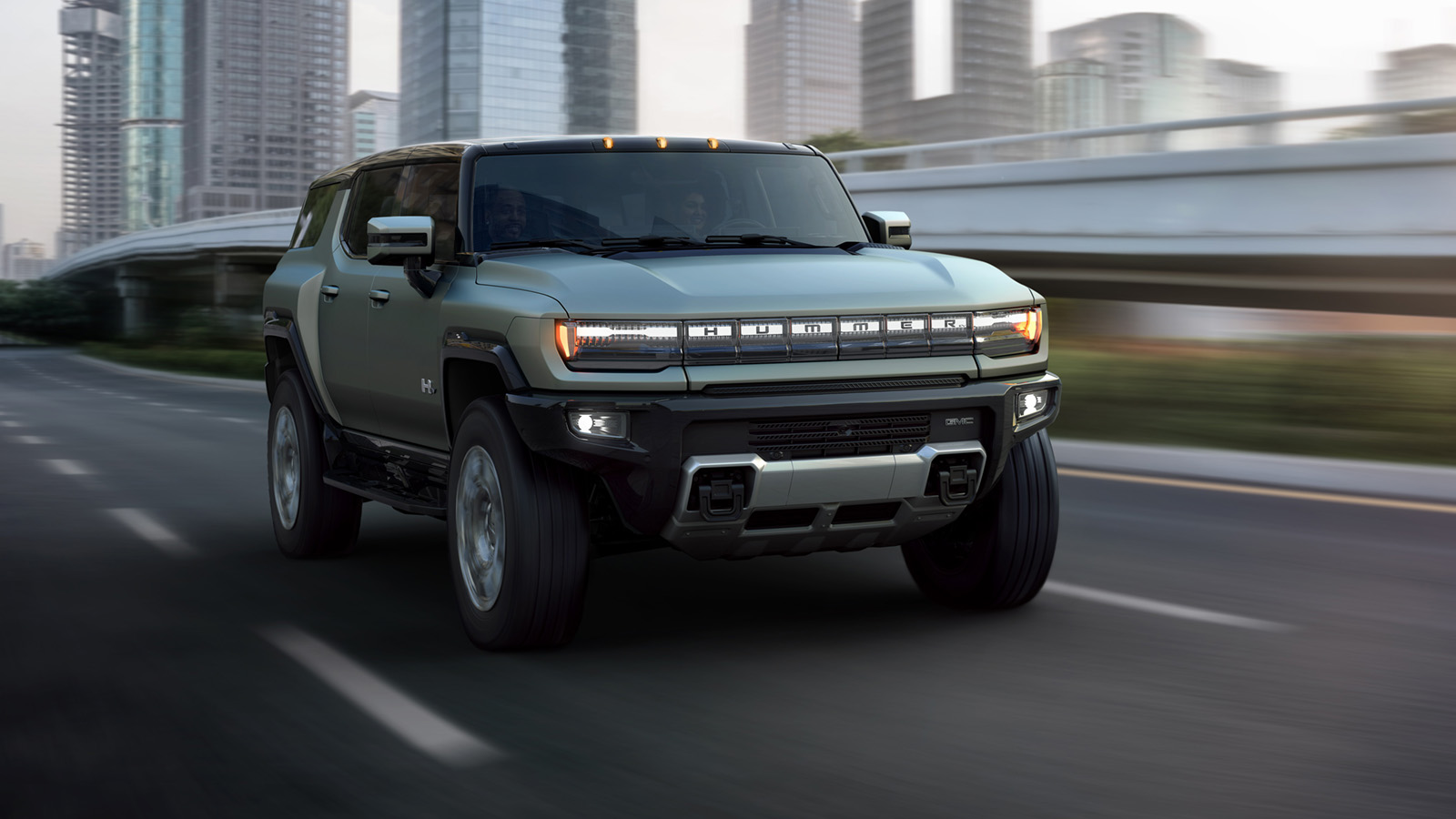 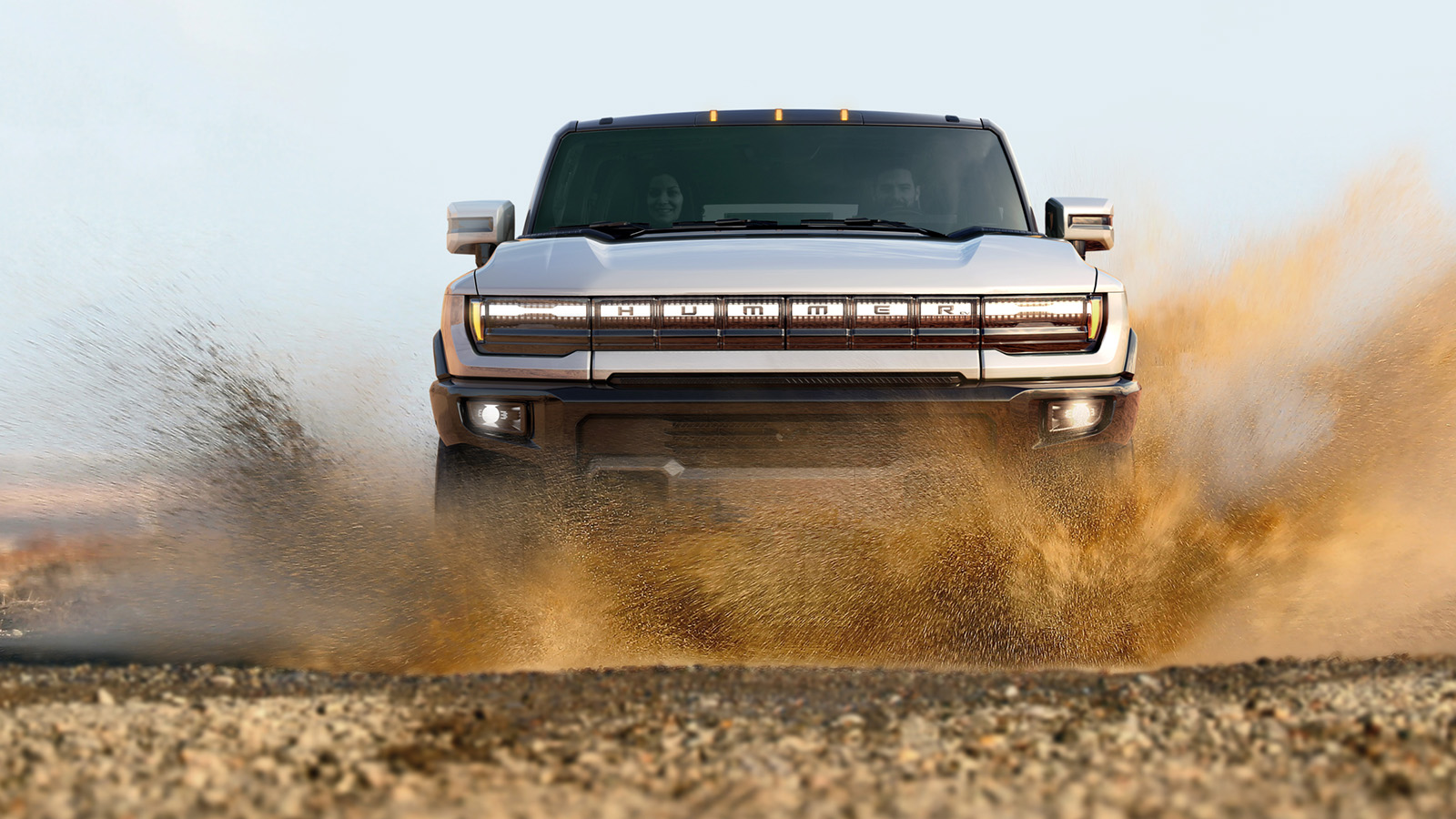 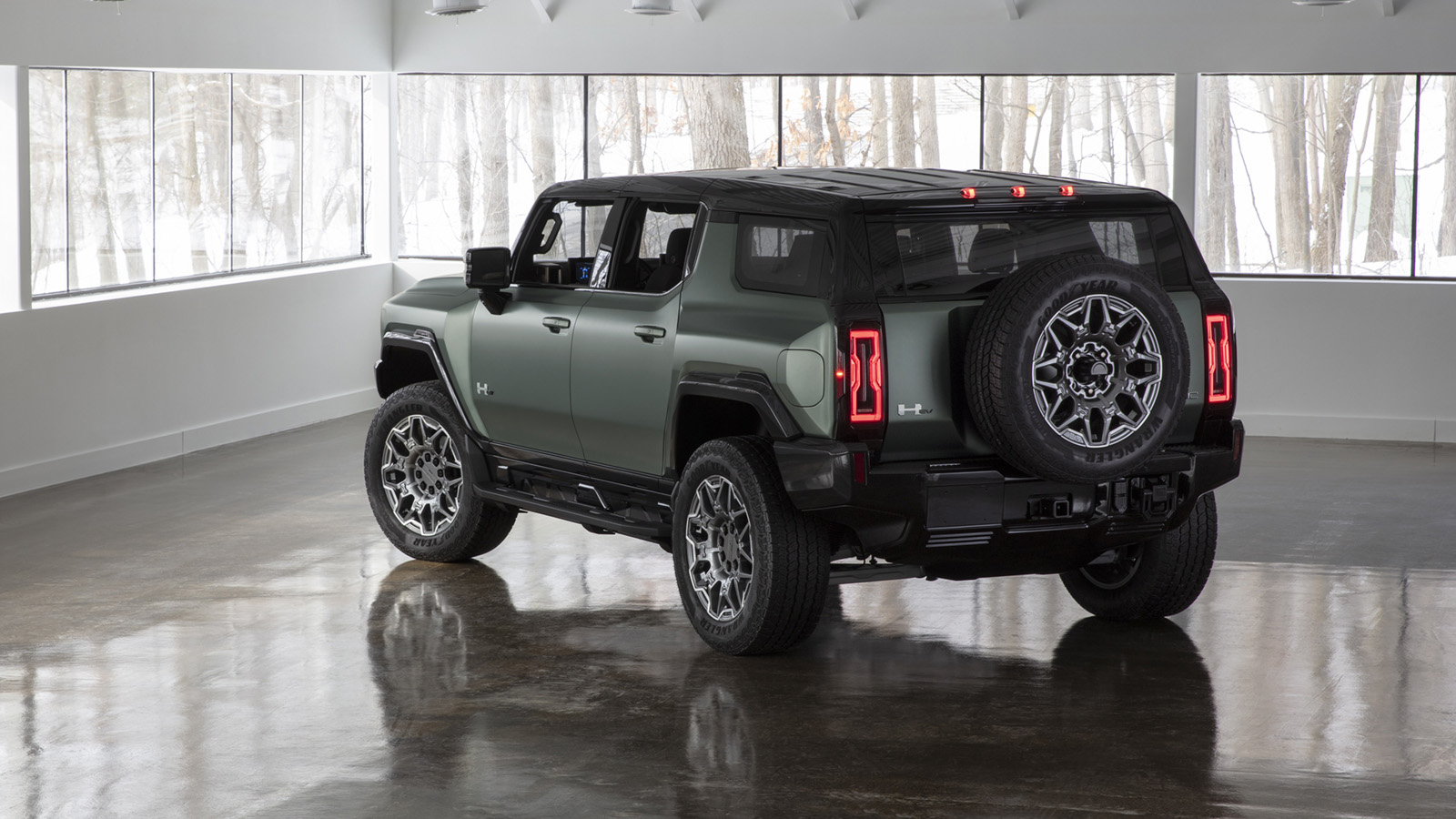 Obviously on the face of things more battery means more range – stands to reason that more electricity will power your e-motor for a greater distance. Although there’s also an inescapable negative exponential link between battery and range. That is, you don’t get the same value from adding more cells to an already obese collection.

The same amount that gets you a few extra miles early on will barely struggle to drag you a few metres once you’ve got many hundreds of kilos of the things sloshing around underneath the floor.

Once you get solidly past 100kWh of battery you’ll need something ridiculous like a Hummer to cart that lot around. Which is why the ridiculous new GMC Hummer comes with a 213kWh battery. Of course, you’d need a massive battery and gigantic e-motor just to get a Hummer-sized EV to move at all, not so much a chicken and egg situation as a snake trying to eat itself.

Just for context, that battery weighs in at over 1,200kg, which is more than the Alpine A110 that Top Gear currently has sitting in its long-term test garage. But obviously it’s the Hummer that’s the green option. What a time to be alive. 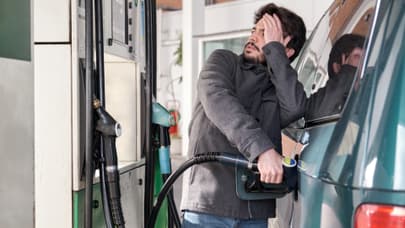 Electric is still cheaper than fuel, even though UK petrol is falling below £1.50 per litre

At some point, hopefully before someone looks at the Hummer EV and thinks that it’s a good idea worth stealing, the car industry is going to have to move past its obsession with battery packs so large they generate their own gravity fields and focus instead on efficiency.

Sadly for GMC, it seems like it has lost this battle before the opening shots have been fired at it, because building a Hummer comes with certain expectations. And so through a series of its own bad choices the firm finds itself making a moderate fuss about the extra engineering it has been forced to come up with just to make the Hummer a halfway viable proposition on things like roads.

Take the “crab walk” function that makes the Hummer EV a “master of manoeuvrability”, according to GMC. A turning circle of 10.8 metres is indeed a delightful achievement, but that’s thanks to the hard work of a no doubt sizeable team of engineers who have come up with a beefy solution that involves all four giant wheels being able to steer in various directions (left and right).

Now, the other, lighter, solution is simply to get a smaller car. Something more appropriate. But if you start off with the premise of needing a huge SUV of many tonnes and turning it electric it’s going to be tough.

It’s hard though to imagine a scenario in which a Hummer is indeed the sensible choice. There are better off-roaders, more luxurious SUVs and louder statements you could make. It would be much better for US soldiers if they were ferried around in Chrysler Voyagers. Or anything that sits more than four people.

And who can trundle around with 11,500lb ft of torque on tap when there are people in the world who have no torques? The one virtue I can see with the Hummer is that it will charge other electric vehicles at a rate of 6kW. You could park one on every street and get people to pay to charge their own cars off it, a genuine humanitarian service.

We’re on the verge of a big geopolitical shift, though, and the Hummer EV is at the vanguard. If America takes to these things with its usual gusto then drivers will be hungry for their kilowatt hours. How long before they start looking greedily at Norway and its hydroelectric riches? I’d be starting to feel nervous.