BMW M3 and BMW M4 GTS vs the clock

See how our latest drag race stars fare against the stopwatch 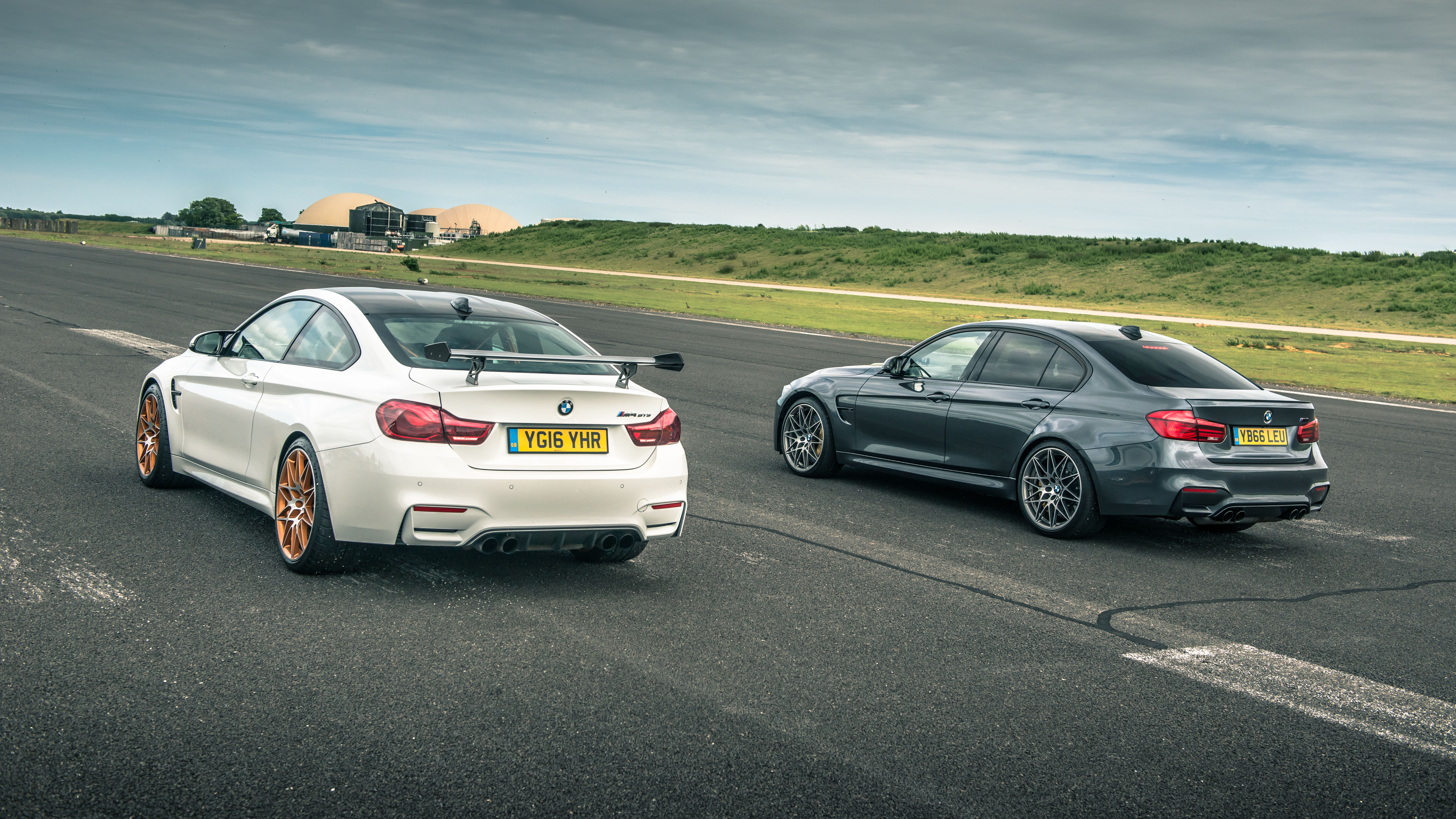 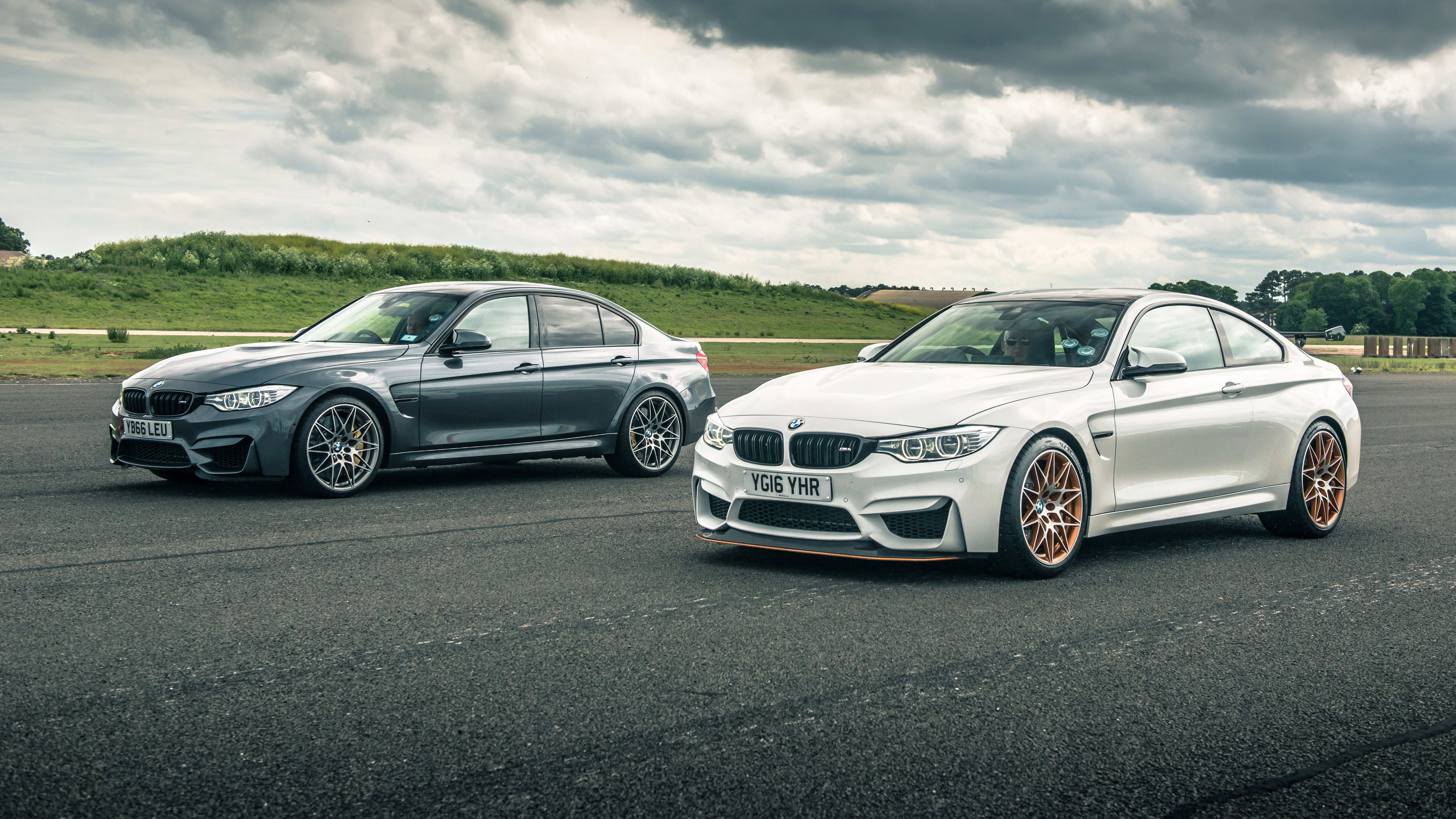 We’ve staged a little in house battle this week between the BMW M3 Competition Pack and M4 GTS. The former has a 3.0-litre twin turbo straight six with 444bhp and 405lb ft, the latter uses the same engine, but has an extra 49bhp and 37lb ft of torque. The extra power comes courtesy of a water injection system that cools and condenses the charge air and allows the turbo to run higher boost pressures.

The M4 GTS is also 30kg lighter, features stickier Michelin Pilot Sport Cup 2 tyres, has three way adjustable suspension, a roll cage and carbon bonnet. Both cars here feature the M-DCT double clutch gearbox (it’s standard on the GTS, a £2,645 option on the Comp), but even so the GTS costs getting on for twice as much as the M3 Comp (£120,770 plays £64,225).

BMW claims the GTS is 0.3secs faster to 62mph, posting a 3.8secs sprint. But that’s not the case. On the whole BMW is pretty good at giving accurate, repeatable, achievable acceleration figures for its cars. But boy you struggle to hit them in the new M3. The trouble is the launch control. Actually, I need to express that a different way: both have launch. But there’s no control.

What it does is give you 4,000rpm and then, when you release the brake, just dump the clutch. Cue vast wheelspin. So you try driving it off the line with the traction off, and that’s maybe a bit better, but either way getting it off the line is a lottery. So Jack and I came to the conclusion that as long as the launch was fair to both cars, we’d be happy.

Even given limitless tyres and time we were never going to match BMW’s claims at Bentwaters anyway – the surface was too dusty and the headwind too strong to aid traction or acceleration. So the end result was pretty much what we were expecting, the GTS pipping the Comp after a start which had me (in the GTS) decidedly concerned that I was going to lose out. Naturally I reacted by adding throttle, which was precisely the wrong thing to do.

Anyway, the times are pretty self-explanatory, but what is maybe interesting is to compare them to the Tesla Model S P100D we tested recently. That was almost exactly twice as fast to 10mph than either BMW. And 20mph. And 30mph. And 40mph. A quarter mile test is all about traction when cars have this much power, and that’s where the BMWs fall short.

Once they did have traction we were surprised at how quickly the gap opened up – at least until we worked out the power to weight ratios, which favour the GTS quite significantly (326bhp/tonne versus 288). In the end that allowed the GTS to pull out a whole second’s gap from 50-100mph, and another second from there to 130mph. I had thought the M3 Comp might run it closer, but in the end it was advantage GTS. The donut at the end? That was done out of sheer relief…