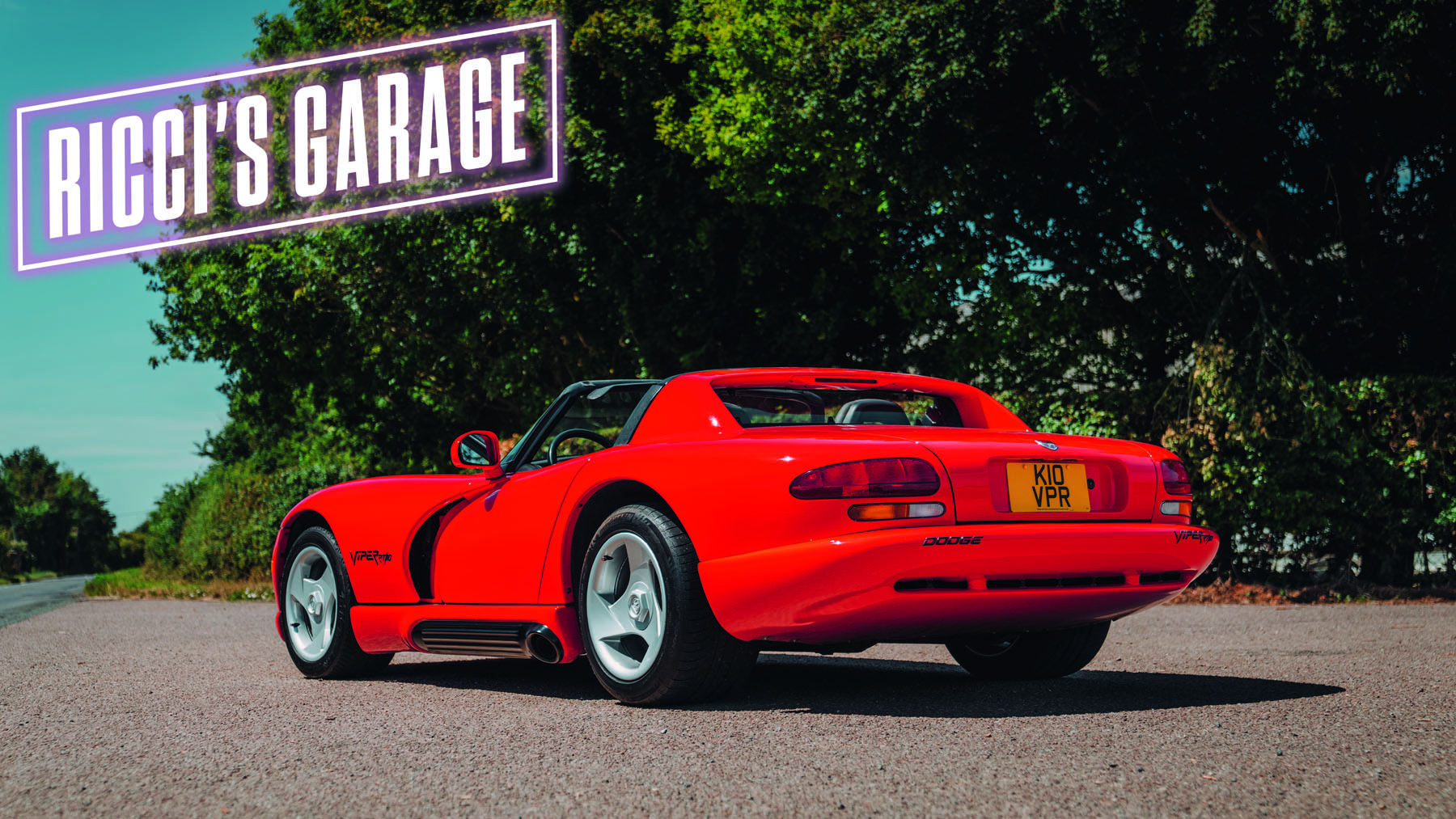 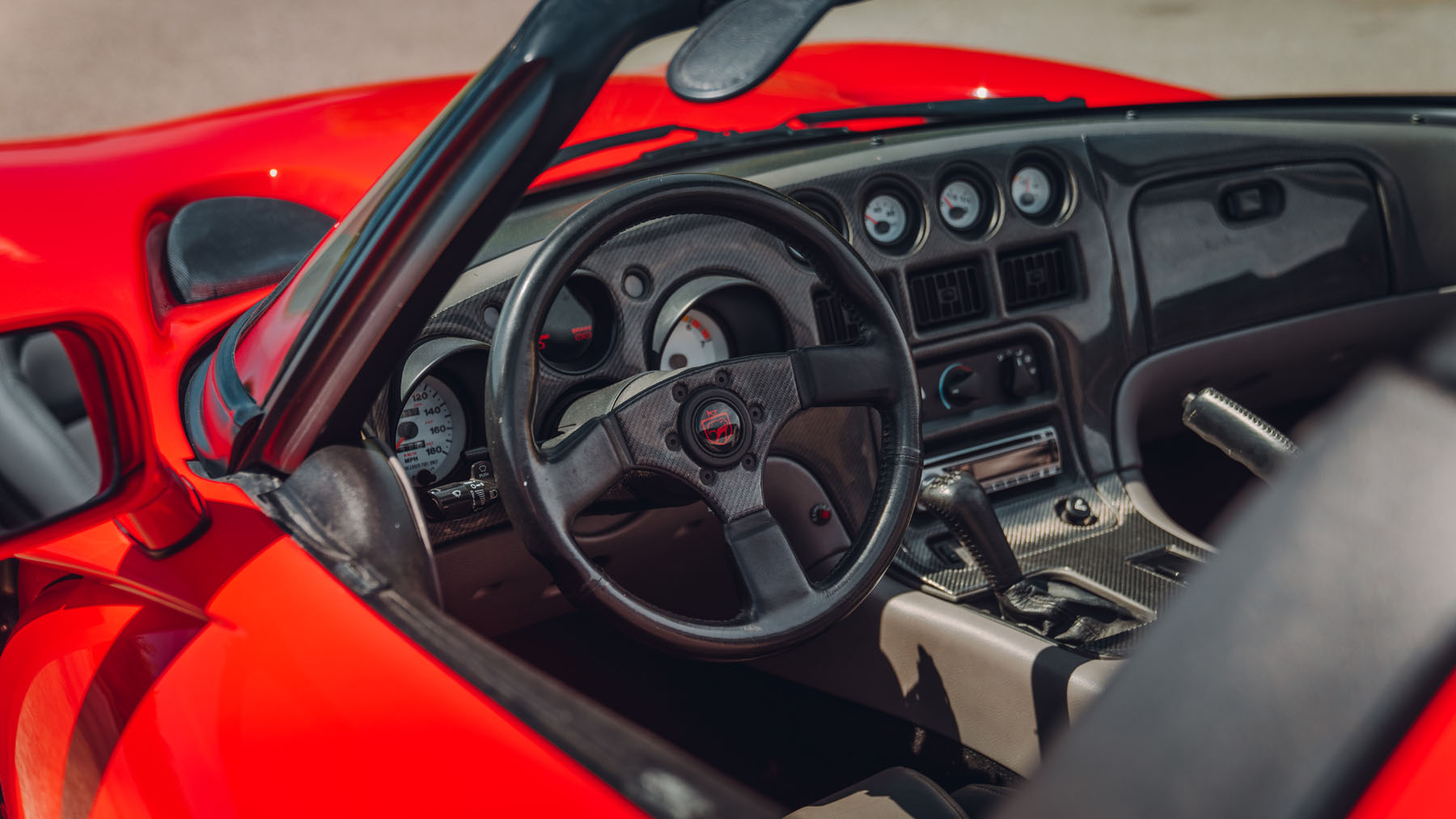 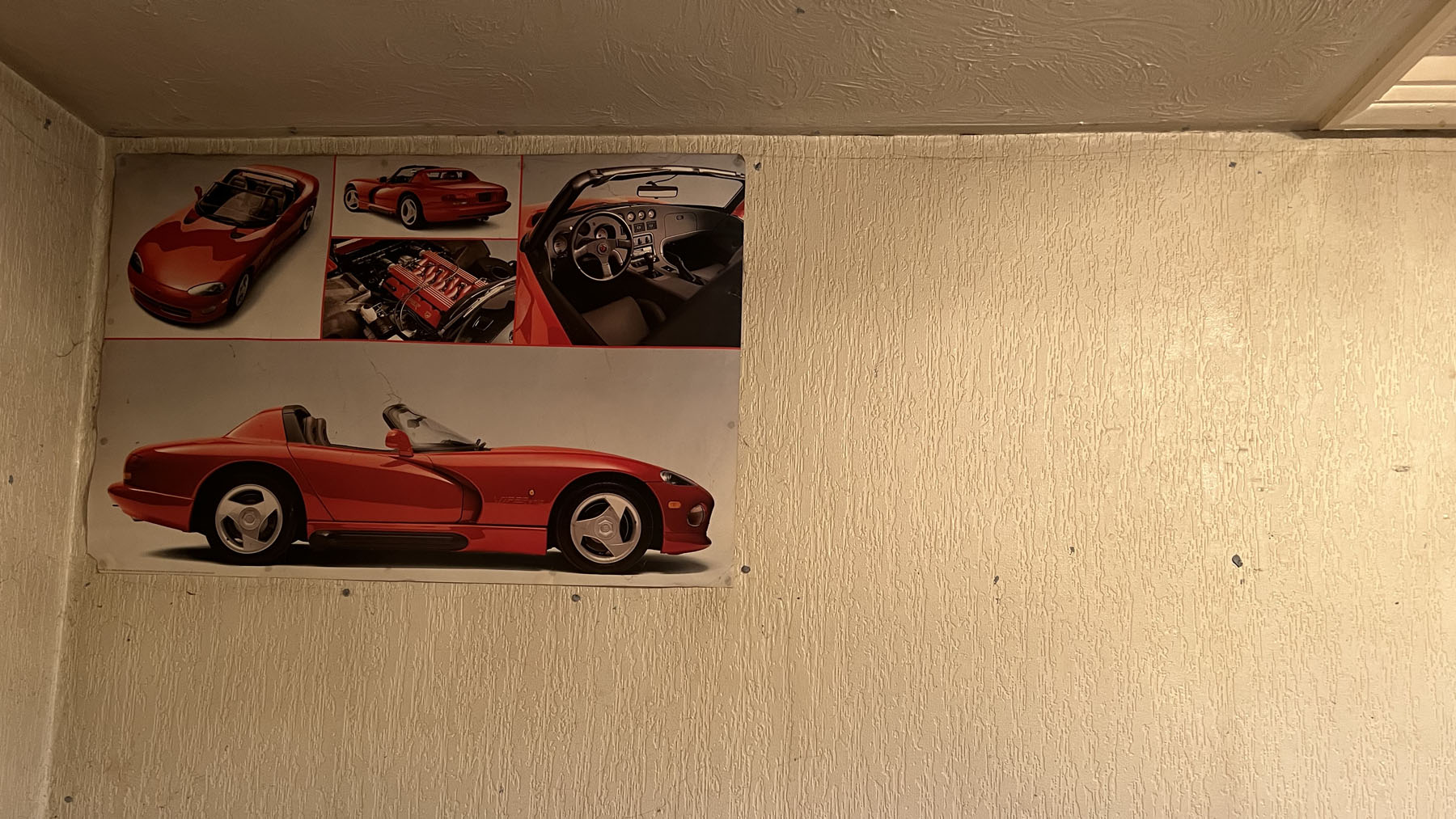 Internationally renowned photographer Mark has been working with TG for many, many years. When not taking photos he’s buying inappropriate cars. Here he shares his addiction with the world...

There’s a single poster still hanging in my old bedroom. A poster once surrounded by angry nu-metal bands and foldouts from Max Power magazine which now wouldn’t look out of place in a museum of Woke.

But as tastes in music changed, one by one these posters started being removed. All bar one; the very first poster I ever hung up nearly 30 years ago. And the only poster my late mum never had the heart to tear down.

Clearly you can see where this is going. The silly red car pictured above makes it obvious, otherwise it’d be weird if I suddenly said that poster was of The Undertaker. And while I’m not particularly sentimental about any car, the original Dodge (Chrysler) Viper RT/10 has been living rent free in my head ever since. 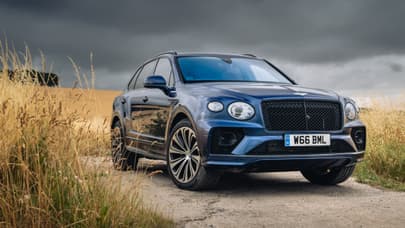 Is a Bentley Bentayga the perfect answer to hybrid working?

It was the first car I chose on the first PS1 game I ever bought – The Need For Speed – back in 1996. It was also the first car I remember watching Clarkson review, and that meant it became the default 1:18 scale model of choice for birthdays. “That’s the one you like, isn’t it?” Mum and Dad would say. They’d actually bought a later Viper GTS, but even eight-year-old Mark knew not to be that unreasonable.

Maybe it was the styling? I can’t think of many cars which look more like a Hot Wheels model straight from the factory. And in a world where a BMW M3 can now be specced with quad-stacked exhausts, the Viper’s proportions are still downright comical. Then there’s the engine. Its 8.0-litre V10 was a guaranteed Top Trumps winner before that phrase became associated with right-wing lunatics. By 2022 standards, it’d be less offensive to slap David Attenborough with a pangolin than launch a car with an 8.0-litre engine.

Whatever it was, the Viper was the first car that made me think “Phwoar, these car things are alright... aren’t they?”. It had side-exit exhausts, no roof and no traction control. It was widely reported as a complete death trap, and if you’re taller than 6ft your scalp became the roll hoop. And you know what, the older I got the cooler all of this sounded.

The problem with Vipers is they don’t come up for sale very often, and when they do it’s usually with some overly American specialist who definitely wears a Stetson on weekends.

As luck would have it, I found this one on Car & Classic (complete with a half-arsed description and pictures taken on an old
Nokia flip phone) and paid £40k for it.

You could argue that’s a lot for a truck engine with fibreglass bolted around it, but with lunatics paying £25k for 205 GTIs now it’s actually a complete bargain. Or would be if we weren’t in a cost of living crisis.

But how can you be depressed with an 8.0-litre V10 in a car which looks like a Great Dane’s lipstick? I love how a single car can invoke so many memories. That’s not something you can force with any amount of targeted marketing – it only happens naturally and once it’s got you, it’s impossible to shake. In a world of ethically sourced vegan quinoa from Dalston, the Viper remains a rump steak freshly cut from a Route 66-prepared roadkill. It’s ridiculous in every single way, and that’s exactly why I’ll never ever sell it.