Watch out, it's the 1,300bhp, bulletproof Rezvani Hercules 6x6

Rezvani adds two wheels and more power to its Tank, with results no one can contest 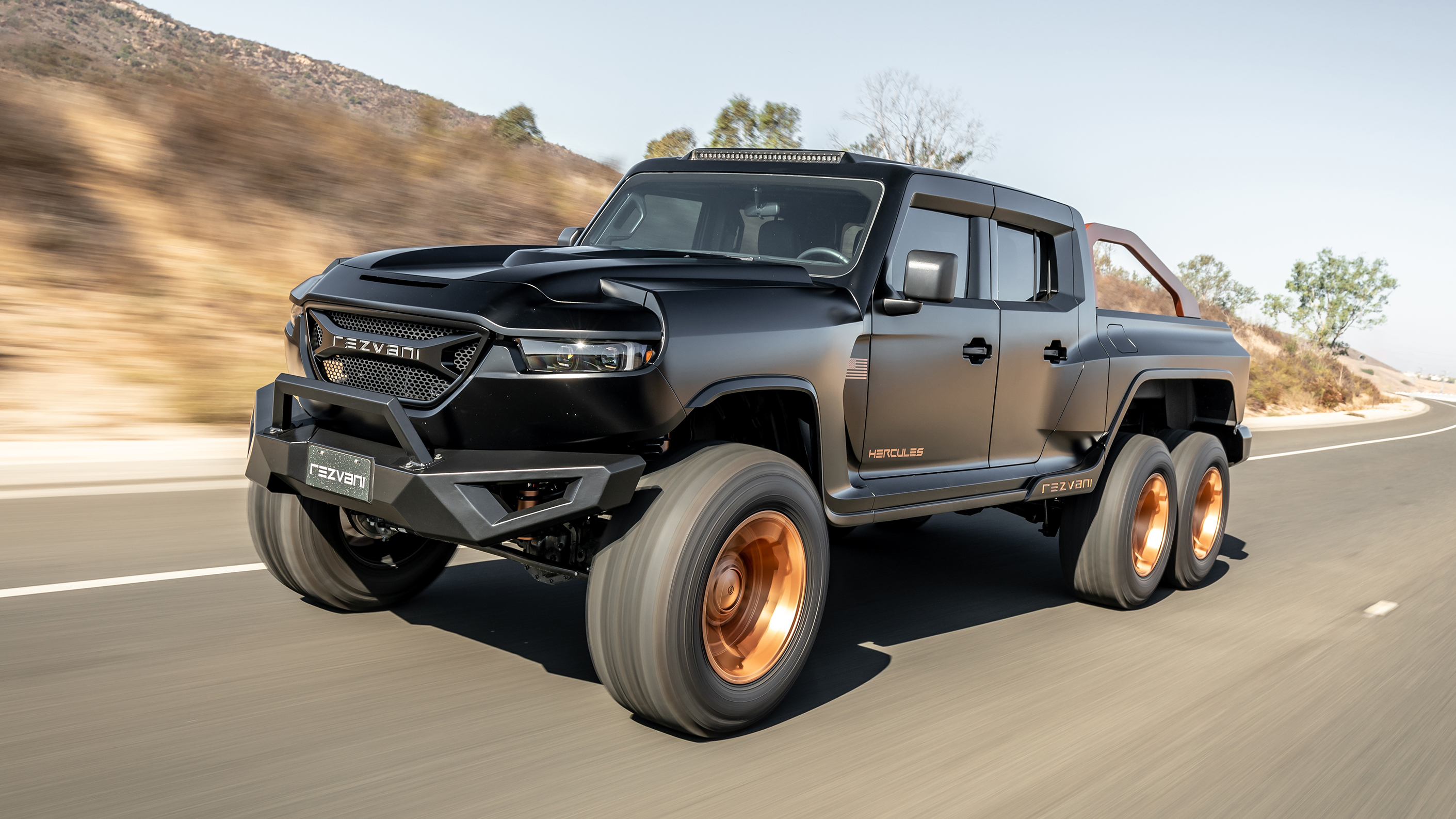 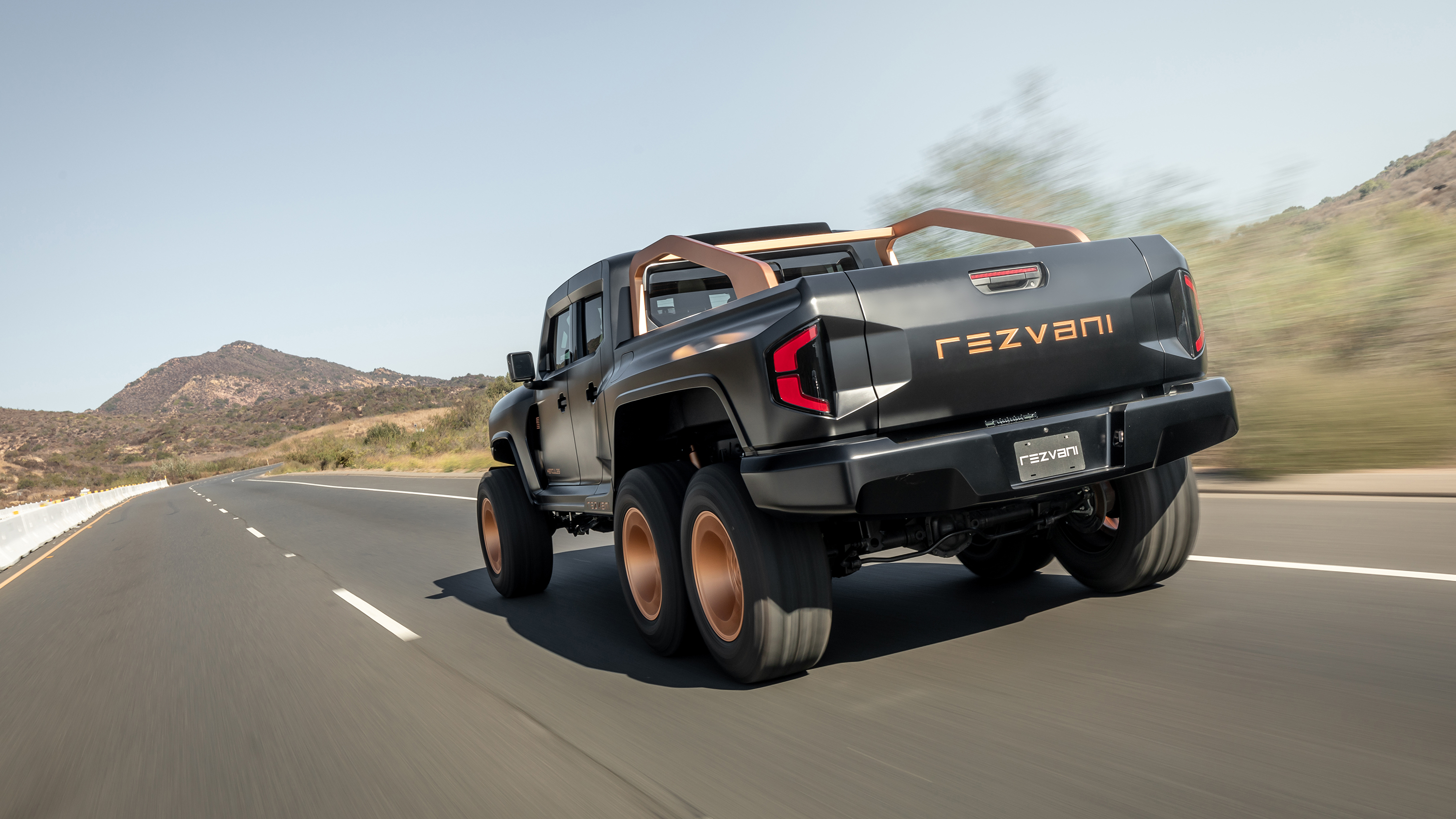 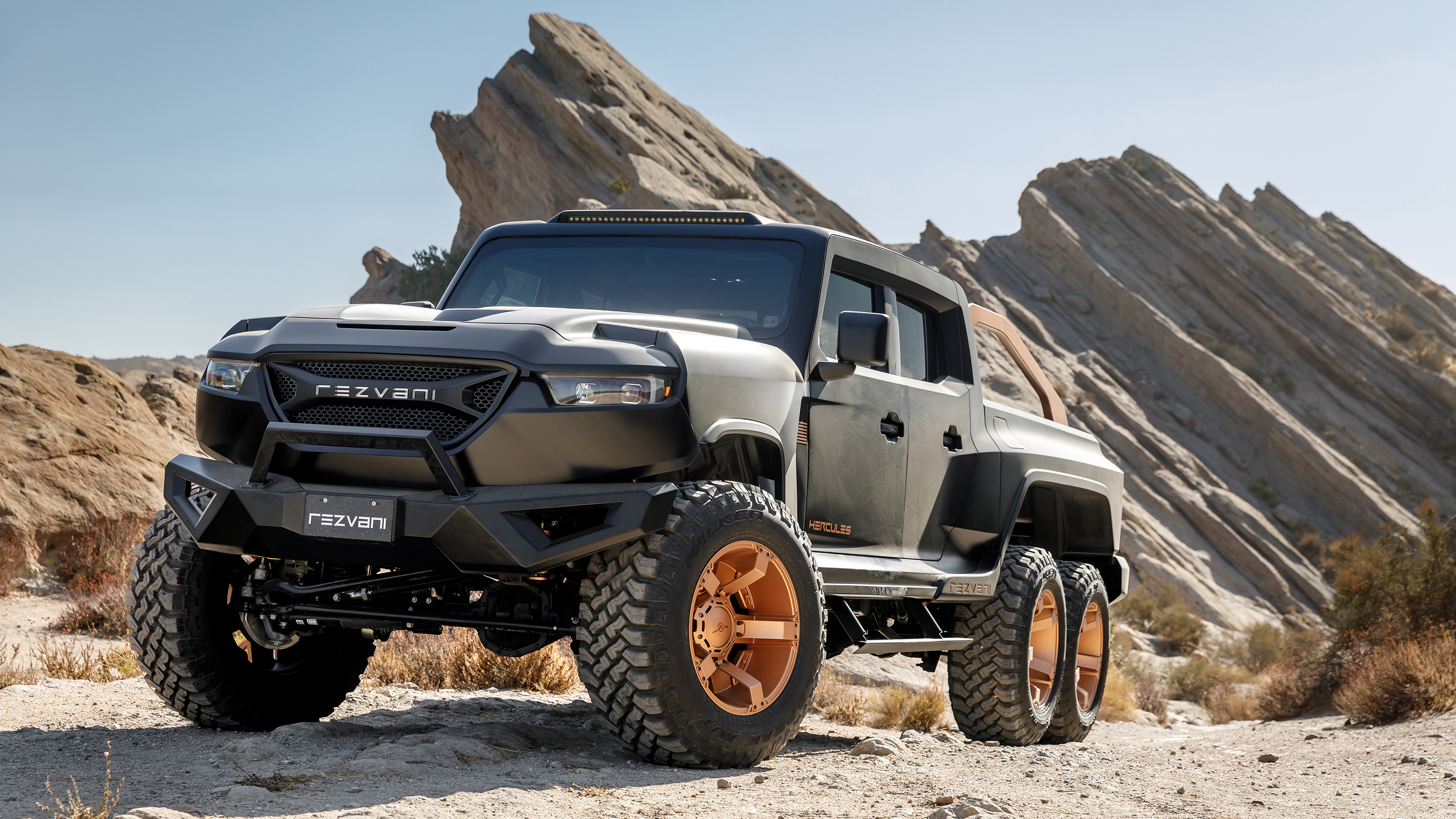 Welcome, Internet, to the world’s most powerful six-wheeled truck. This Rezvani Hercules 6x6 offers up to 1,300bhp, giving it – somewhat improbably – more than twice the power of equivalently wheeled versions of the Mercedes G63 and Hennessey VelociRaptor. Its tuned Dodge Demon engine produces 1,300bhp and 989lb ft of torque, pumped through all six of those really-quite-bronze wheels via an eight-speed auto.

If you recognise the name, it’s probably from the Rezvani Tank. The Hercules is – in its baldest terms – a stretched version of it, still utilising Jeep underpinnings and interior bits, just with a massive load bed and an extra axle. This thing's long.

“The Rezvani Hercules 6x6 was not designed to simply be a bigger vehicle by size but rather one that is a perfect balance between its brutal, muscular character yet comfortable enough and practical enough to be a daily driver in the city,” we’re told.

Quite which city this will fit in, we’re not quite sure. But it’s almost certainly local to Rezvani’s Californian home. Good luck squeezing this up the cobbles towards Durham Cathedral, or through one of London’s one billion (approx.) width restrictors.

Like the Tank, the headline act of the Hercules is its Military Edition treatment which makes the whole thing bulletproof and adds a load of ‘Dick Dastardly gone rogue’ extras such as thermal imaging cameras, a smoke screen, electrified door handles (to deter intruders), underbody explosive protection, sirens, strobe lights, gas masks and a hypothermia kit. Good job there’s so much power to haul all that around. This thing ain’t gonna be light.

The options list is mildly baffling, in fact. That 1,300bhp, 7.0-litre V8 sits at the top of the range which also includes a 260bhp V6 diesel (with a 285bhp V6 petrol and 500bhp Hemi V8 in between), while you’ve a choice of three different Fox suspension setups, two brake kits and a wealth of winches and tow hooks on the outside, but the option of fine Nappa leather on the inside.

Thus its $225,000 starting price really is just that. Get the proper engine and the bulletproofing and you’ll be careering headlong towards half a million dollars. Which, to be fair, isn’t far off what that G63 6x6 – with its paltry 500-odd horsepower – cost several years ago. Rezvani even has a swish configurator to help you choose how intimidating yours will look. Tempted?