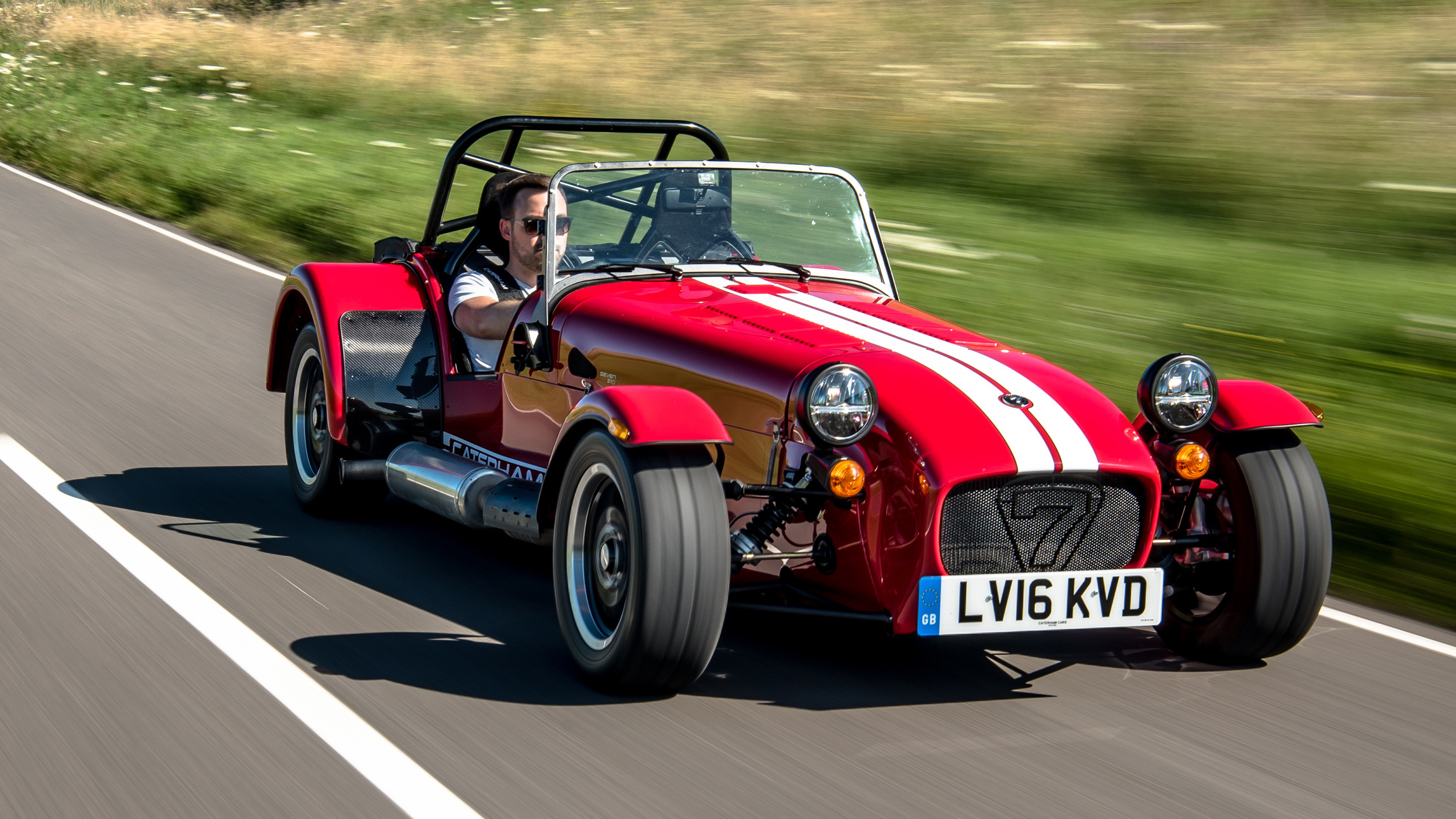 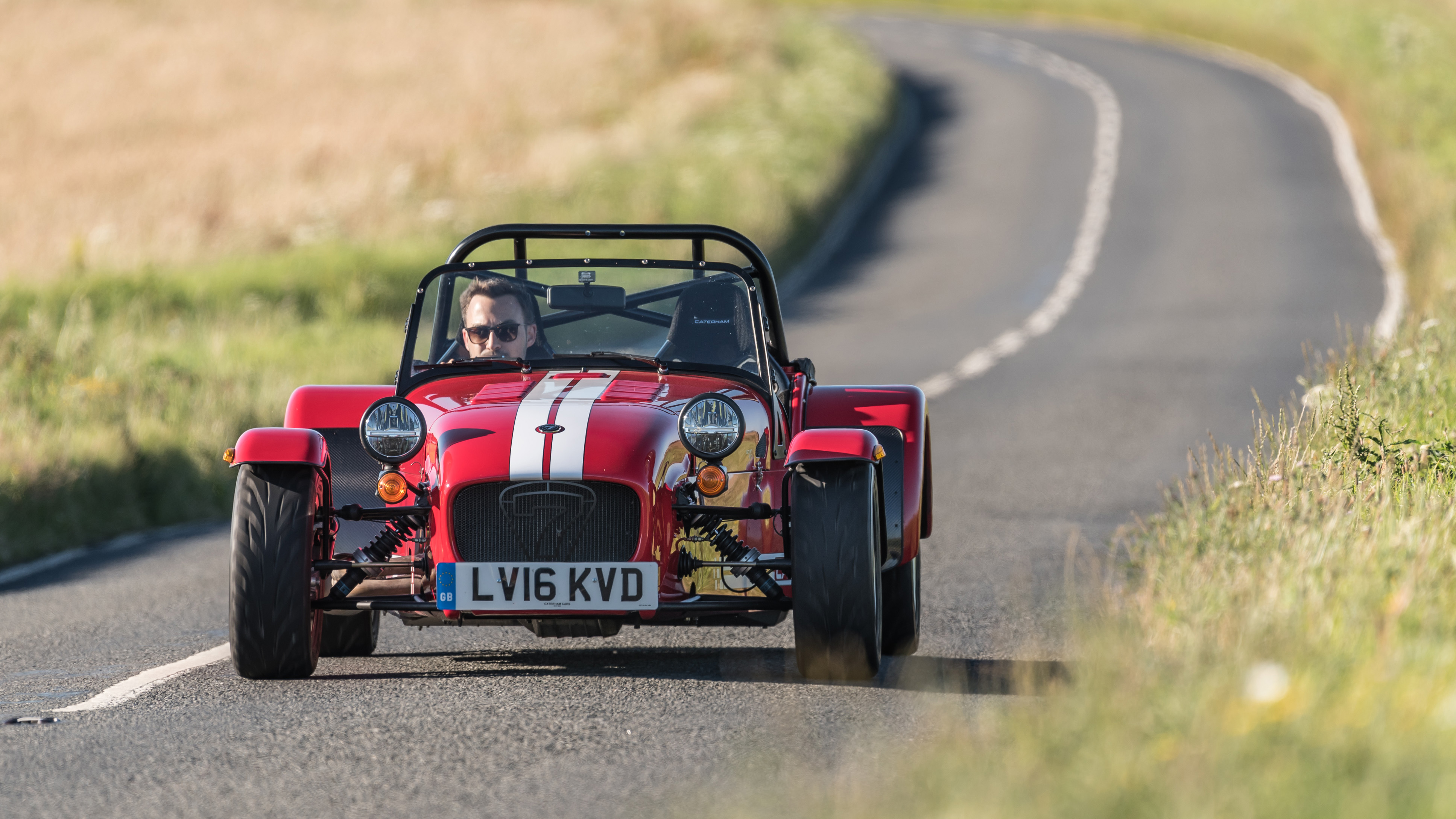 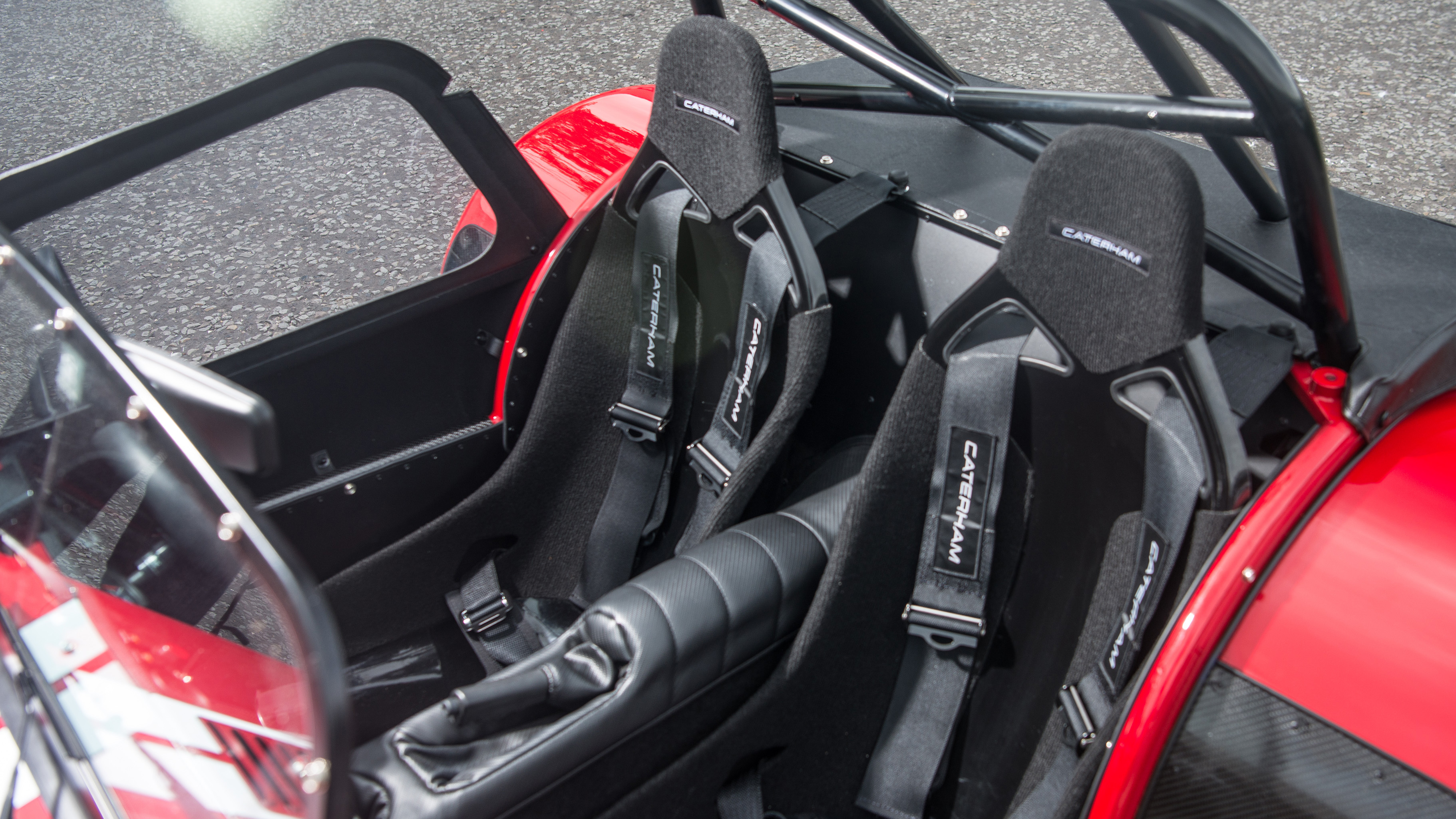 In Caterham’s own words, “an unplanned baby”.

We know, crackers way to talk about a car, right? What they’re trying to say is that it’s the new Caterham Seven 310 – an engine upgrade away from a Seven 270 and initially something only destined for the options list.

However, having driven it, Caterham’s head honchos found the uprated 270 held a candle to the much-loved, Rover-powered Superlight R300 of old (a bit of a peach and Top Gear favourite), so decided to make a new model entirely from the power hike.

What’s different with it?

Not a whole lot. The fruity 1.6-litre Ford-sourced motor has been marginally tuned by Caterham’s motorsport department. New performance-orientated camshafts have been sourced and fitted, as well as a new air filter, spark plugs, breather system and new line of coding for the ECU to chew on. Net result? An extra 17bhp, for a 152bhp total. Which is more impressive than it sounds when a car only weighs 540kg.

There’s also some newfangled – optional – LED headlights that look slightly out of place on a car that is essentially from the time Harold Macmillan was Prime Minister (1957, kids). Seeing such technology on such an old and institutionalised thing is like seeing Pope Francis ride into Sunday service on a hoverboard.

Hold up. I’m a bit confused. So where does this sit in the line-up?

You’re right. For such a simple car, the Seven range is becoming an awfully complex thing.

However, now there’s a new nomenclature where each model apart from the 160 can either be spec’d as an ‘R’ (racy, more track orientated) or ‘S’ (slightly softer, more road-worthy).

The 310 sandwiches itself into the sweet spot between the 270 and 360 and is what the company believes should be the default choice for people looking for simple driving kicks. 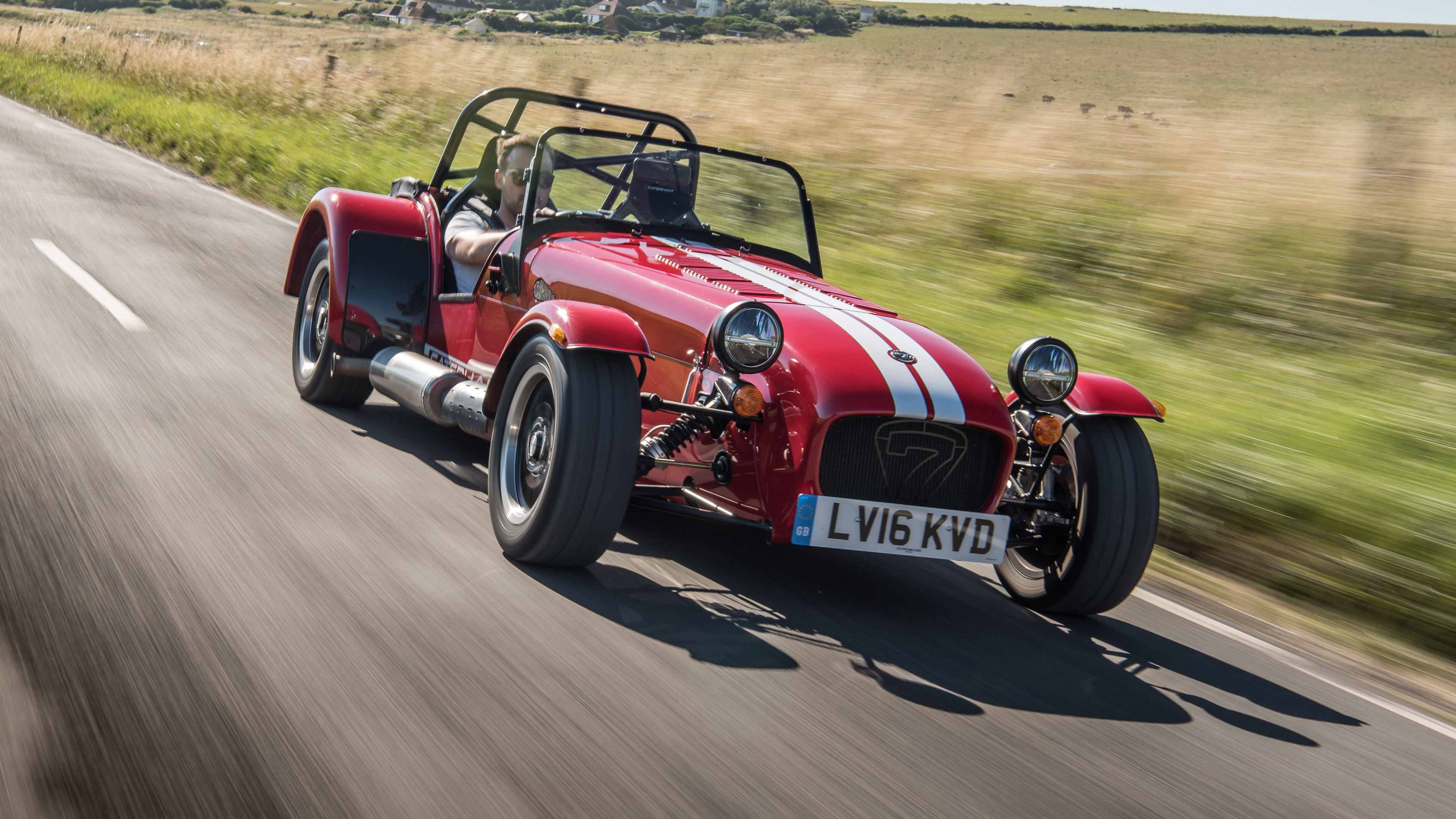 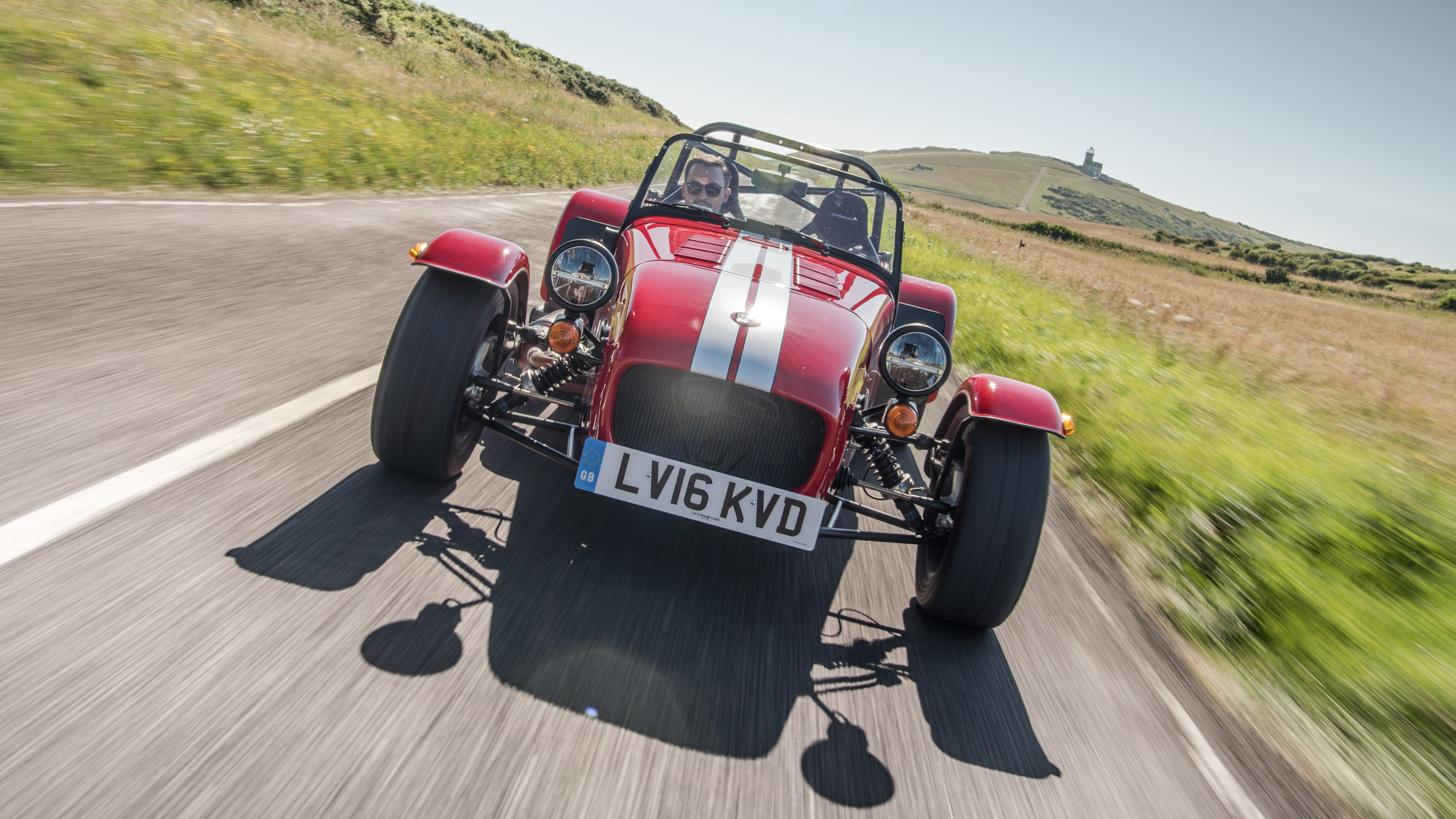 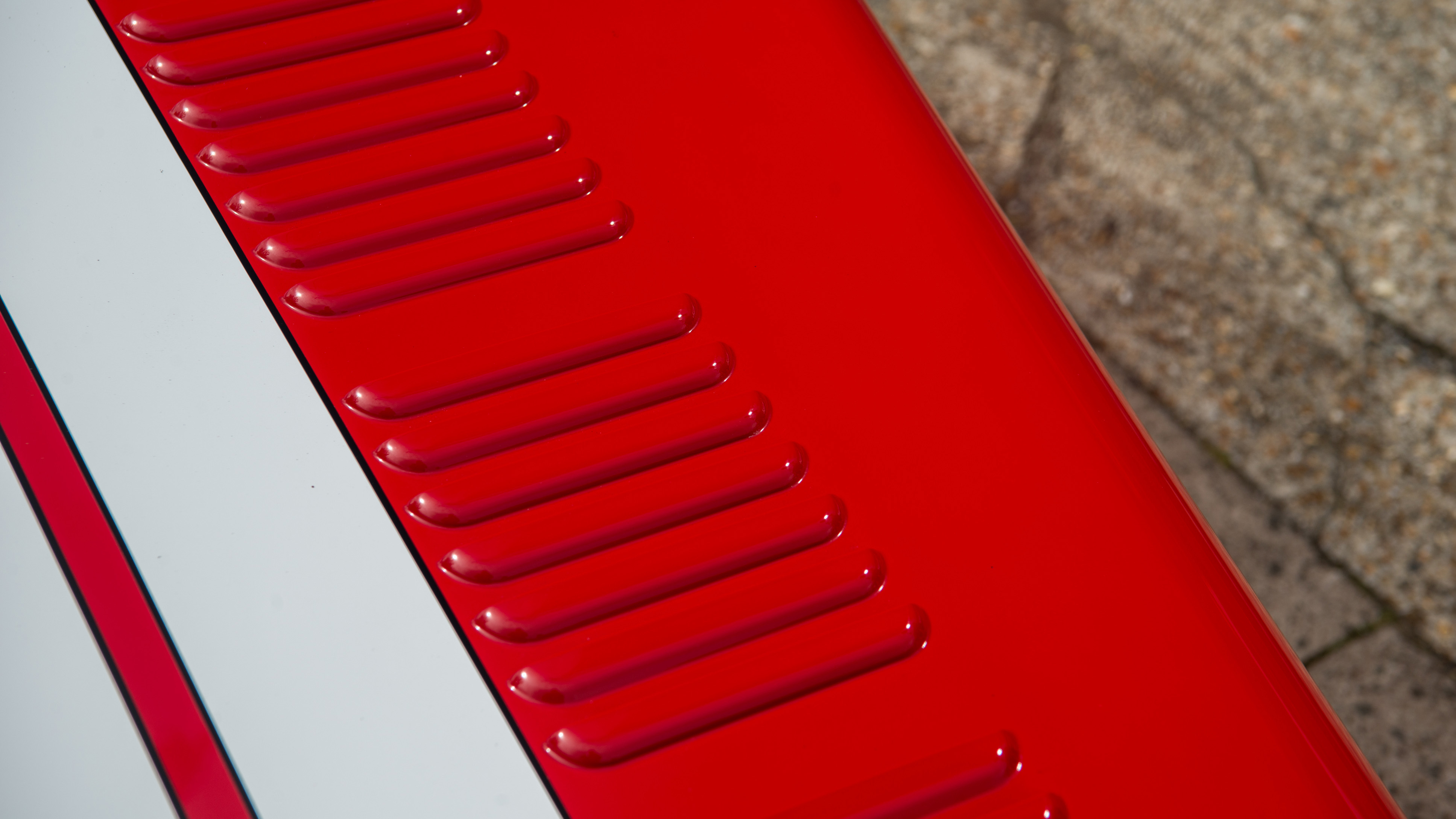 Not too dissimilar to any other Caterham – which is no bad thing. The 310 we tried had the optional £3,995 ‘R’ Pack fitted, which enhanced the experience.

With a tick of that box, you get uprated brakes and suspension, a lightweight flywheel, wider front track, an adjustable rear anti-roll bar, a limited-slip differential, lots of carbon bits and bare seats with harnesses. A bit more proper, basically.

Now, a Seven’s chassis is Mecca for anyone who’s serious about driving, and this one is no different. The steering is sharp, direct and great at communicating what’s going on at the front end. Meanwhile, with your backside slung pretty much over the back axle, you can pick up what’s going on at the rear wheels. It all amounts to pretty much telepathy, meaning you can place the car with confidence.

But where the 310 sets itself apart from others is by evening out the balancing act between day-to-day drivability and ‘Sunday thrash’ mode. With the new cams, the engine is a lot smoother in how it delivers power. Plus, with a Neighbourhood Watch friendly exhaust, the 310 isn’t stupidly loud, making it easier to live with. Same story for the pedal weighting, that’s lighter than the more hardcore Caterhams. So it’s a doddle to pootle around in.

That’s the 310's party trick. If you want to go a bit bananas, deep down it has a similar mentality of the more track-focused, higher powered Sevens but with a more usable and approachable amount of power.

With the new upgrades, including that lightened flywheel, the thing just revs and revs and revs to its 7,500rpm limit. Which is a delight, as there’s no massive bump in torque or power throughout the range. It’s incredibly linear and proof there’s still something to old-school natural aspiration. It’s a welcome antidote to low-end torquey turbo cars that have us changing up at 4,000rpm, and means the throttle response is sweet, crisp and instant when you jab the pedal mid-corner.

On the smaller wheels (standard on the ‘R’) wrapped in a six-inch tyre on the rear axle (rather than the eight-inch rubber of the 360 and 420), a peach. Being on that skinnier tyre, it makes it just as fun and playful as its more powerful siblings but at slower speeds.

Plus, no matter how much bungability the underpowered 160 has, you’re still left wanting more performance. Whereas the 310’s ability to see off 0-62mph in 4.8 seconds and charge on to a 126mph top speed is plenty for most.

With sticky Avon ZZS tyres, you still have bags of grip to play with, allowing for more confident and daring throttle inputs without it ever being snappy. If you were to do the same in a 620, you’d quickly get yourself into a lot of (probably painful) trouble.

Even though it’s well damped, there’s no getting around the stiff ride – something not helped when you’re cocooned in moulded plastic seats and pinned down in unforgiving harnesses.

But as soon as you strap yourself to it, you forget all that because you become part of it. It darts about the place, in a massless, tiny proportioned and incredibly agile way – a bit like a highly caffeinated ferret. So comfort isn’t something you care about when your face is 90 per cent smile.

Starting at £21,995 if you build it yourself (add £3,000 if you want Caterham to do it for you), it doesn’t initially sound that bad. But things inflate rapidly when you add options. Which a lot of the time are ‘essentials’.

But it’s the most engaging and entertaining fair-weather fun cars on sale. Seriously, if you drive one and don’t come away with a smile, probably better check you’ve got a pulse.