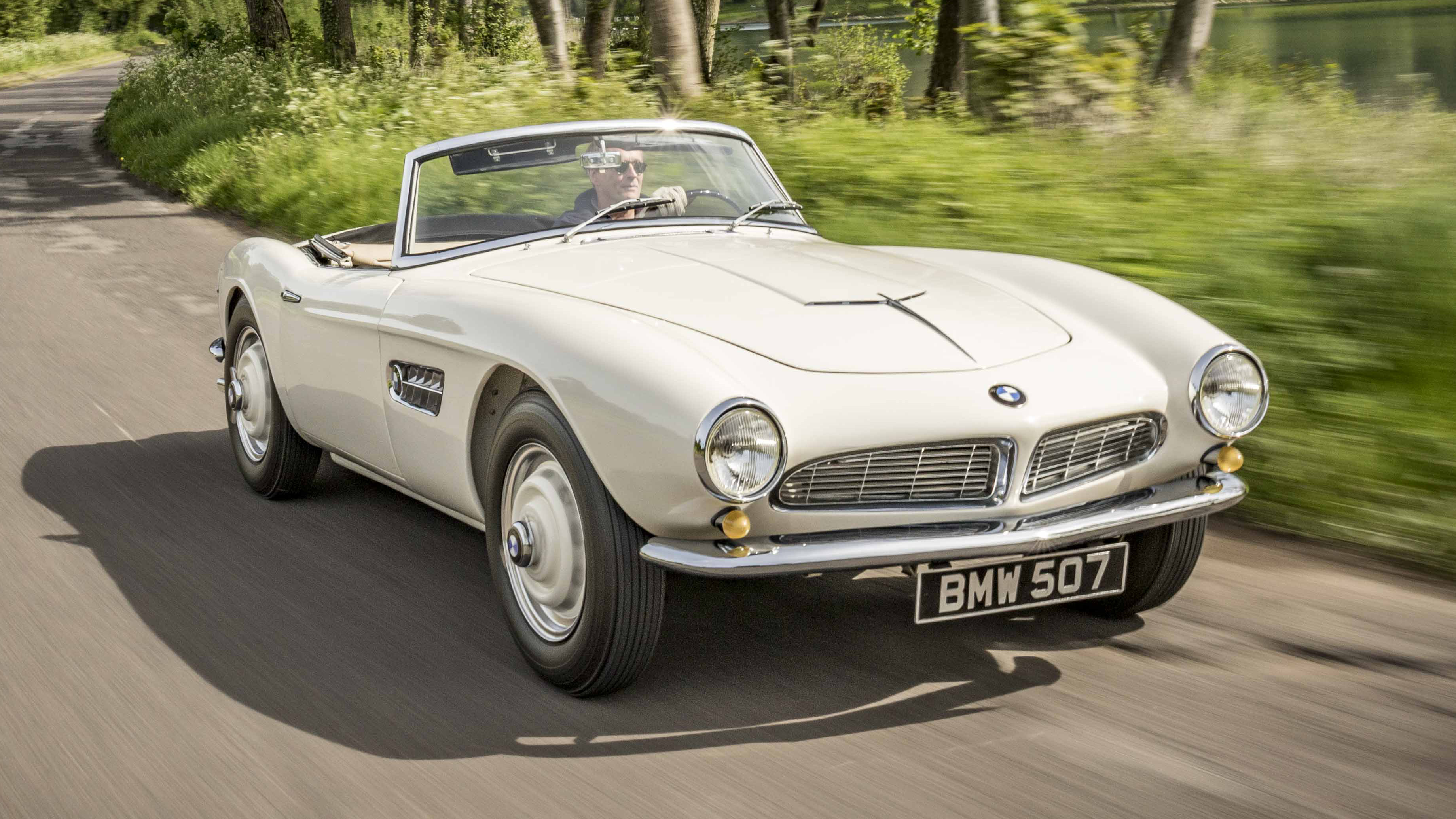 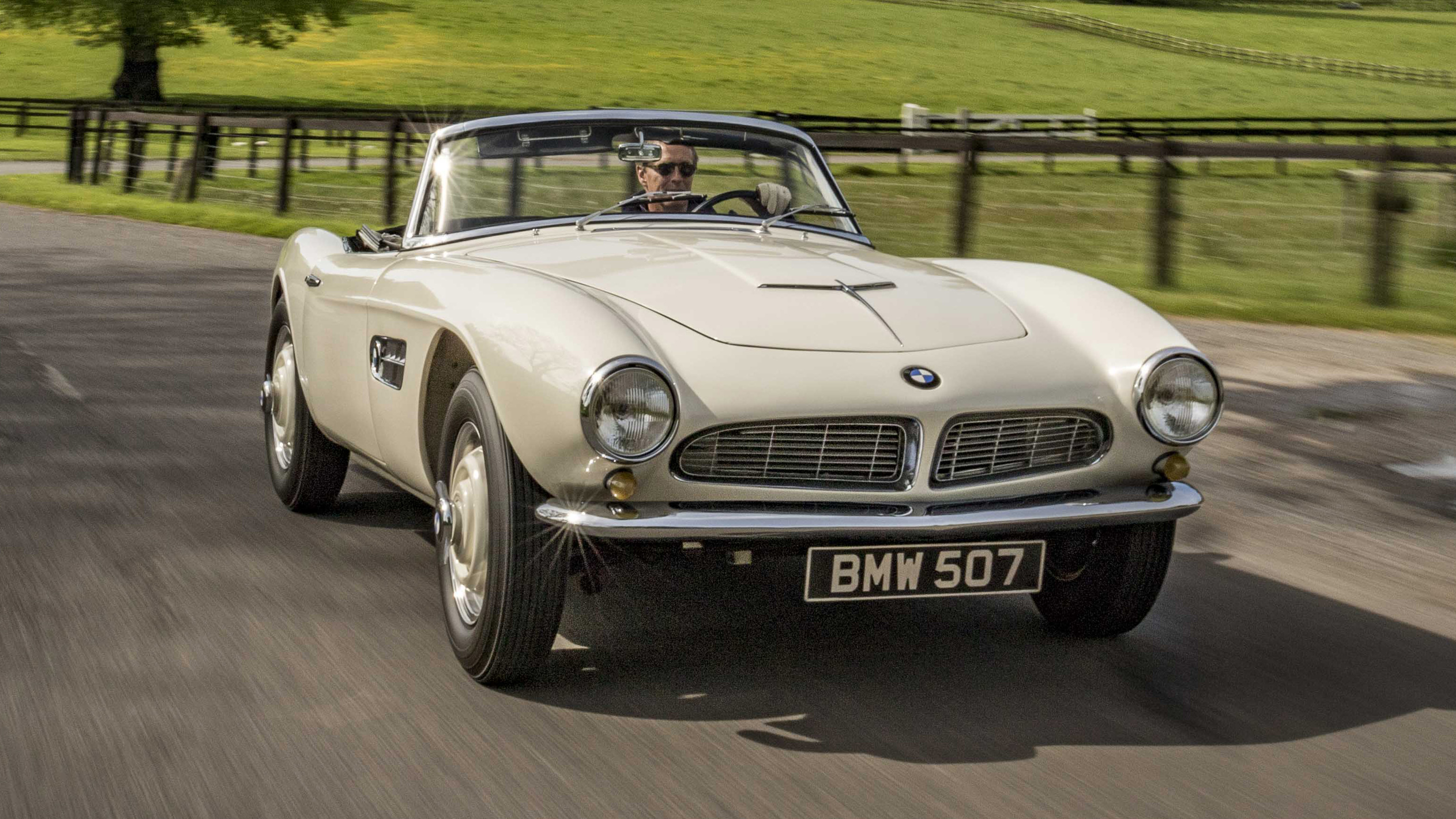 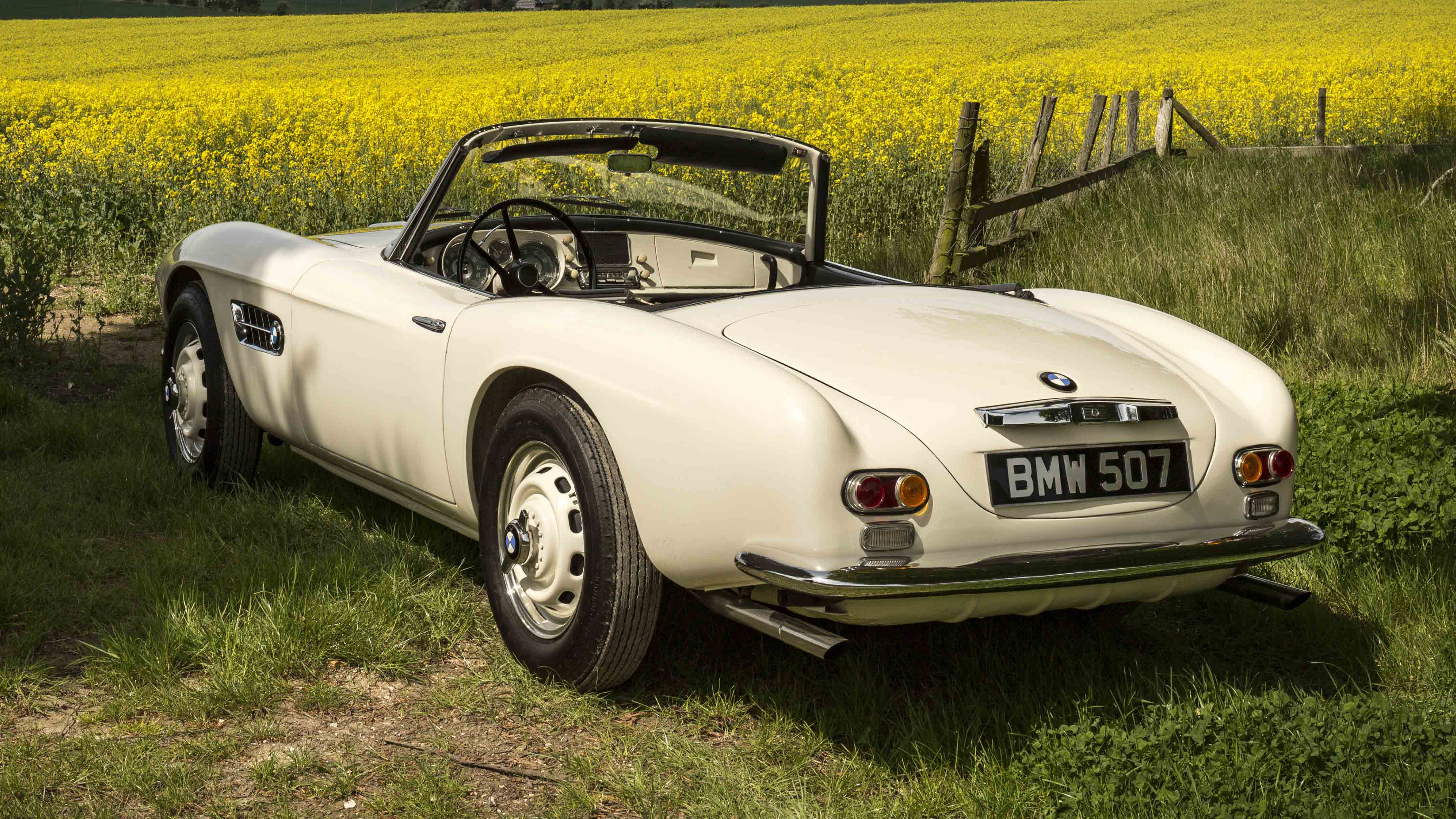 God knows what BMW was thinking in the post war period. Grateful to have just come through it, I suspect. Its car line-up was curious: the Isetta microcar, the ungainly 501 luxury car that looked like its bodywork was made of wet clay and a rear-engined compact (the 700).

And then this, the glorious 507. And it really is glorious, the archetypal glamorous roadster. The lines as simple and pure as the 328's, but the aesthetic is more relaxed, not a sports car, but something to waft around in. Something more American influenced than we’d seen before from BMW.

Which is no coincidence. America in the 1950s was like China today: a nation of established, successful home grown brands, but a yearning for more exotic metal from Europe. Max Hoffman, an Austrian based in New York, was much more than an importer of European cars into this hungry American market. His influence was legendary, to the extent he played a significant role in commissioning and developing cars that would meet the demands of his market. The Mercedes 300SL Gullwing and Porsche 356 Speedster both received his attention before they were signed off.

With BMW he went further, persuading the firm to build a car to fill a gap in the market below the expensive 300SL and above small British roadsters from the likes of MG and Triumph. That was in 1954. The following year, having employed a German-born American-bred designer, Albrecht von Goertz, to do the bodywork, BMW revealed the 507 at the Waldorf-Astoria in New York. It entered production in late 1956, with Hoffman confident that, selling at $5,000 a piece, he’d be able to shift 5,000 a year. Good business.

Just one issue – the price had doubled. Production costs had spiralled, the 507 featuring hand-beaten aluminium bodywork and while it shared a platform with its sister car, the 503 2+2 coupe, the wheelbase was significantly shortened, further complicating the build.

So instead of 5,000 a year, BMW sold a mere 253 over three years. And this despite some good celebrity backing. Elvis Presley had two, the first bought while he was serving with the US Army in Germany (he had it painted red so the lipstick marks of admirers wouldn’t show up), the second later donated to Ursula Andress. BMW itself restored the former a couple of years ago, with spectacular results.

John Surtees was given one for winning the 1956 500cc Motorcycle World Championship, although he had to go halves with Count Domenico Agusta, the owner of MV Agusta, as the car was so expensive. Surtees went on to help develop disc brakes for the 507 and kept it until his death in March last year. When it was sold at auction this summer it fetched £3,809,500, the highest price ever achieved by a BMW.

This one, BMW’s own, is valued at a mere £2 million. Where the older cars (the pre-war 327 and 328 had appeared 20 years earlier) need not just care, but careful management, here’s one that feels more modern to operate. The four-speed manual’s gearthrow is short and crisp, the gearing itself is longer, the engine an all-aluminium 3.2-litre V8 (intended to appeal to that American audience), feels more familiar in its power delivery and mannerisms, the indicators are on a stalk, there’s even a radio. In car entertainment in its infancy.

The key slots in directly under the steering column, a small beige nub of a button next to it is the starter, the wheel itself is basically a hula-hoop. Again, no looseness around the straightahead, you just pinch the rim and guide it into corners. The sensations are delightful, it’s eager and authoritative, loads of feedback, more sophisticated dynamics than the older cars, and an engine that likes to be used.

There’s a little misfire at the bottom end, but once it pulls beyond 2,000rpm that goes. I don’t dare take it much beyond 4,500rpm, but up there it just sings. It’s not instantly responsive, but instead amasses speed usefully. Enough of it that you’re not going to be holding up modern stuff when you’re out and about. There’s weight in the steering, grip, body rigidity.

What must this have felt like back in the Fifties compared to a US land yacht? Well, like a sports car, I can only assume. It’s wonderfully evocative of an era and a lifestyle, LA and Vegas, Sinatra and the Rat Pack. Even if all you’re doing is pootling about Southern England. The driving style hasn’t changed a jot, I’d imagine – you rest an arm on the door top, and gently guide the 507 along.

Hard to come to any other conclusion that the advice Hoffman gave BMW about positioning, image and attitude of the 507 was spot on, even if the eventual price was wrong.