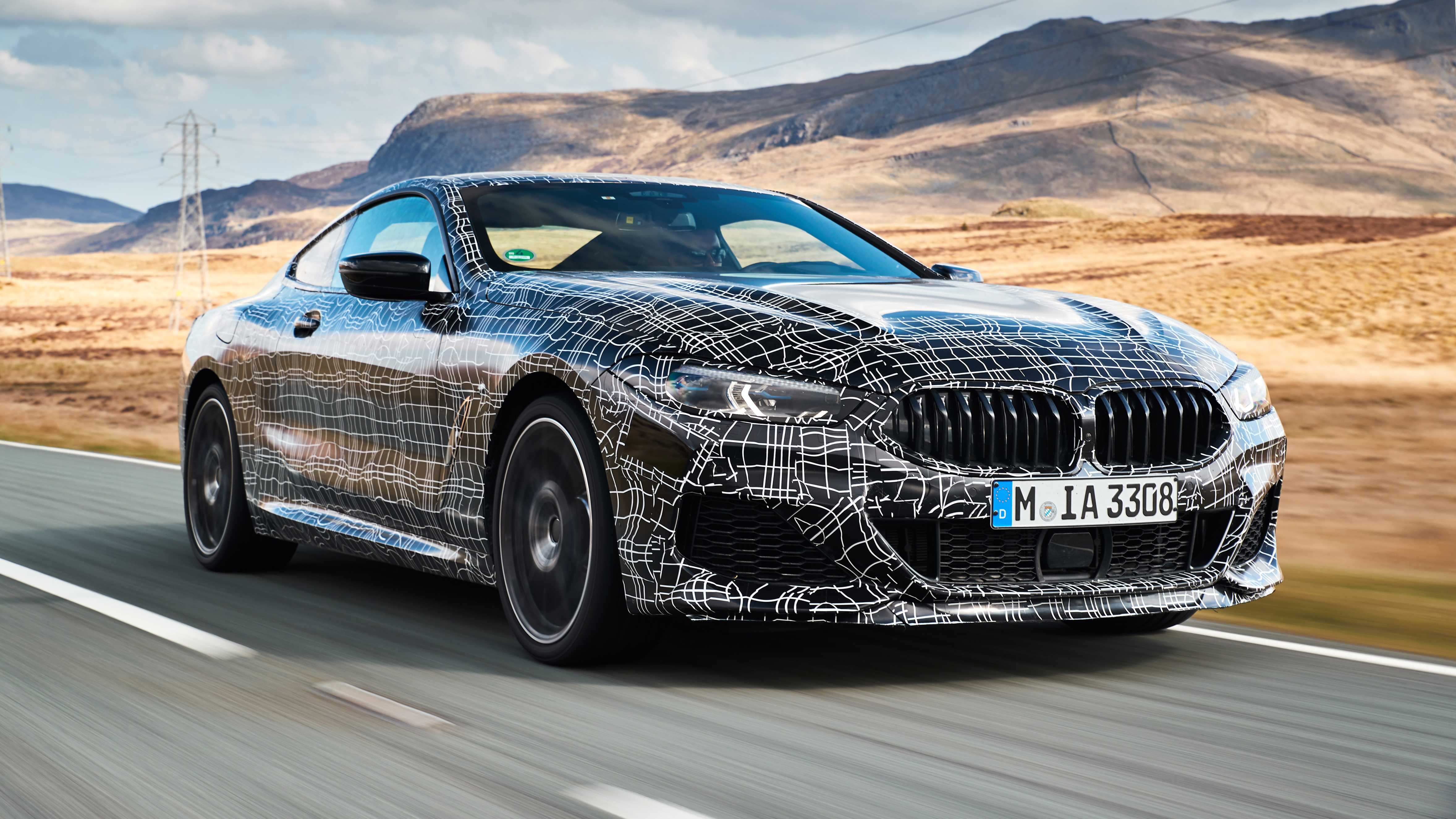 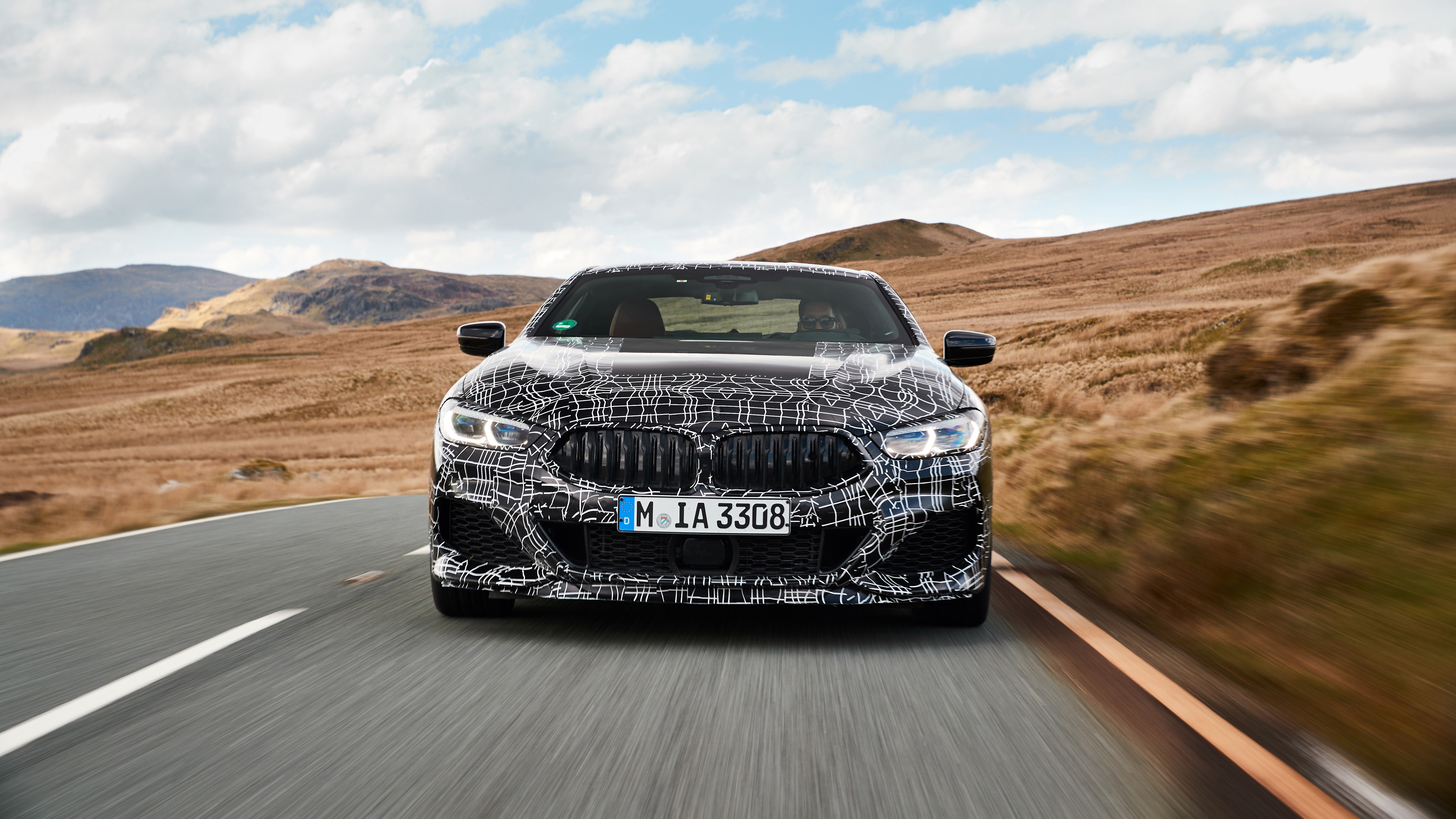 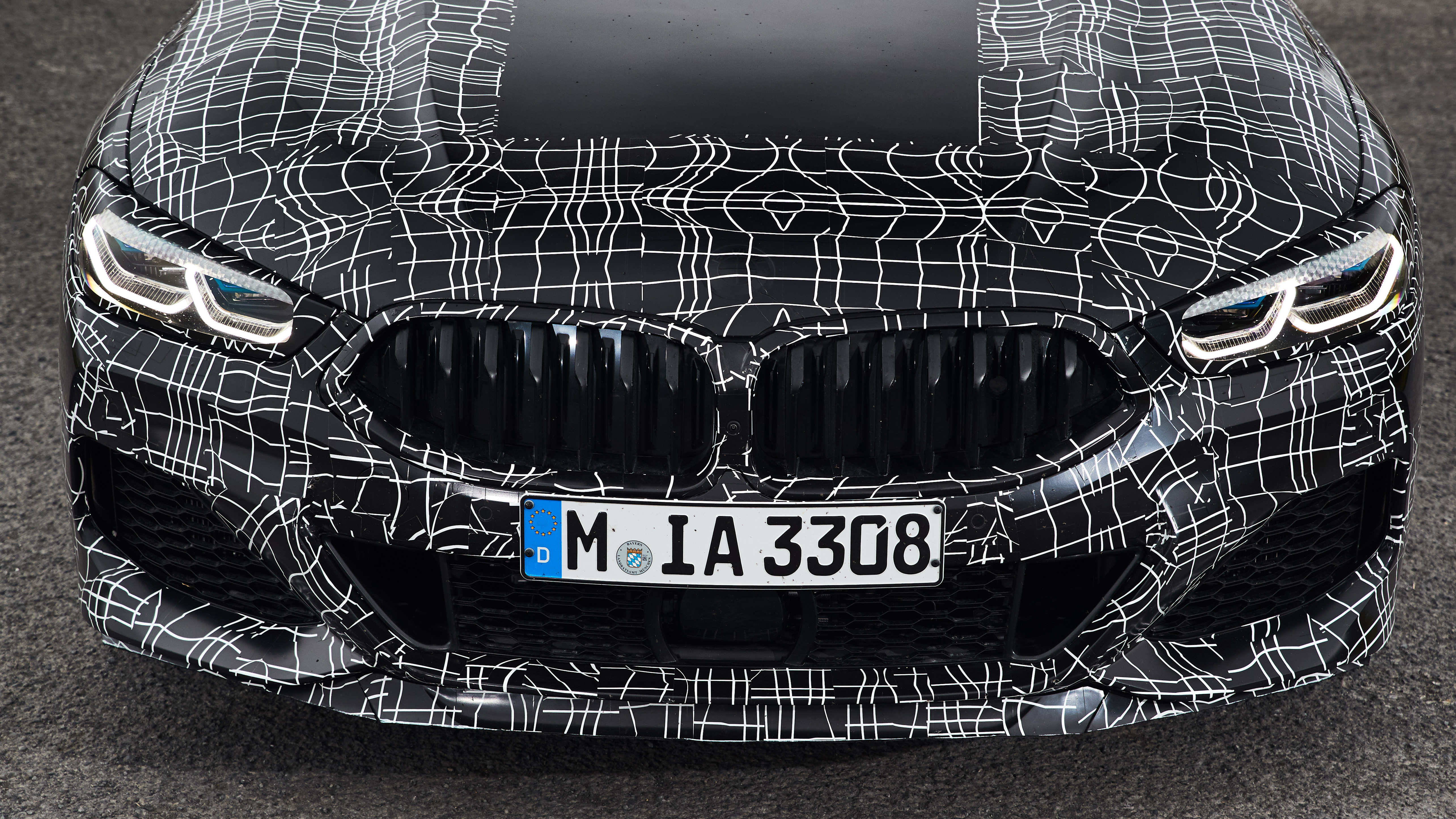 Given the black bag treatment, I’m guessing this isn’t a normal review?

Quite right. BMW will unveil the 8 Series in June and start selling it in November this year, but before they do so, they need to sign off on the chassis and powertrain for it. And they asked for our help to do so.

Now we know what you’re thinking – these German development drives are normally at the Nürburgring, pounding the circuit for hours on end to extract a perfect lap-time that’s irrelevant to anyone who lives outside of Rhineland-Palatinate.

But not this time. The car has been around the ‘Ring, but now we’re in North Wales, with some epic roads at our disposal, so that BMW can finesse its latest sports car – the M850i coupe that sits right at the top of the BMW line-up.

So is this a coupe version of the 7 Series?

Not at all. Unlike the S-Class, where the top-line car morphs from saloon to coupe via luxurious limos, the 8 Series is not a coupe version of the 7. It’s its own thing. BMW was clear from the outset of the project that this is a completely different beast, a GT sports car that’s as happy crossing continents as it is screaming down a back-road. Albeit a sports car that will be available in three body styles – coupe (as driven here), cabriolet and gran coupe.

I assume it’s got a stonking engine to do that job?

Correct. It’s based on the previous V8 but has been heavily breathed on by BMW.

To that end, there are new turbos, a new ignition system (running at a whopping 350 bar pressure – normal is about 150 bar), new crank, new bearings, new pistons, new graphite coating on the cylinder surface … oh, and a next generation ZF, eight-speed ‘box.

Being a pre-prod drive, there aren’t any performance figures available yet, but it feels like it should be hovering around the four second mark for 0-62mph. That’s on the button with key rivals like the Mercedes SL and Bentley Conti GT.

Out on the road, it’s certainly plenty punchy enough. Plant your foot from any speed and it’s almost alarming how easily the 850i will fire you forwards, with a brilliant V8 roar as the accompanying soundtrack. Five stars to BMW for the latter – finally realising that a decent engine note goes a long way to transforming a car’s character. It can even pop and bang on downshifts, a la AMG, and all the better for it.

There’s minimal lag from the twin-turbo set-up and, thanks to faster and more aggressive shifts on the ZF ‘box, this feels like an angrier BMW than you’d expect. That’s especially true if you drop the car into Sport or Sport Plus.

Oh dear – do we really need those buttons in a GT car?

But bear with me for a tick, as I need to explain what they do first. There are adjustable dampers on the 8 Series (using two valves to stiffen or relax), the steering rack gets tweaked to add more weight and make it more direct, the four-wheel steering is altered, the gear changes are sharpened up, exhaust baffles are opened – basically, the car becomes more shouty and aggressive.

Where it’s clever though, is that it doesn’t dial everything up to 11 all the time. The car knows how you’re driving and will give you what you need, when you need it, all within pre-determined parameters of course: Sport Plus is always going to be stiffer than Comfort.

The end result is the total opposite of how I normally drive a car: dial everything into comfort and leave it there for evermore. But not here. The 8 Series feels so much better if you drop it into Sport Plus. Yes, the ride is stiffer, but not ruinously so. And the payback in the gearshift speeds and exhaust noise is well worth it. That’s where the character of this car lies, and that’s where it’s at its best.

Like many a large luxury car worth its salt, the 8 Series has benefitted from an electro-mechanical anti-roll bar (not standard fit here, mind), which allows it to be comfortable in a straight line and firms up for the corners. So despite wearing 20-inch wheels, the low speed ride is settled. Can this be a continent basher and back-road blaster? It certainly feels like it at this stage, and definitely far more so than some of the 1D offerings from BMW’s recent history.

Not that it’s perfect.

At this stage of the development, the odd mid-corner bump can unsettle the 850 when the chassis is loaded up.

I’d personally like more steering feel. It’s precise, but given that this is meant to be a sports car, it doesn’t give you all the nuances and clues that you’d get out of, say, a 911.

And if you are in Sport Plus, you need to switch to ‘manual’ gear changes, using the flappy paddles. Leave it in auto Sport Plus and everything gets a bit lurchy, with ratio changes when you don’t expect them.

But overall? It feels good.

Are there any other technological highlights?

It’s got four-wheel steering, called Integral Active Steering by BMW, four-wheel drive and active torque vectoring. All are standard systems and all make a big difference to how the car drives. Again, whack it into Sport Plus and the four-wheel steering becomes more aggressive, so the nose feels much quicker to react and dive into a corner.

The throttle mapping is also sharper. Now that might be an obvious change, but what surprised me was the result; the way the car was more adjustable with the throttle in Sport Plus. I don’t mean world drift champion, but more that steering and throttle were more in harmony. So you could tweak the line through a corner with both. The car seemed to hug you closer and, all of a sudden, BMW’s claims of it being a sports car start to ring truer.

The way the computer adjusts the car to how you’re driving is mighty clever, making the dampers react every 2.5 milliseconds. So much so that it feels like there’s another person in the car, constantly tweaking things, reading you and the road to sense how you want to attack, or not, the next corner.

So, roll on the actual launch then?

Very much so. Although one thing I’m intrigued by, and excuse the practical hat for a second – rear seat space. We drove a coupe and there was zilch. Quite how BMW is going to fashion a Gran Coupe out of that is anyone’s guess.

But the rest of it? A promising car.