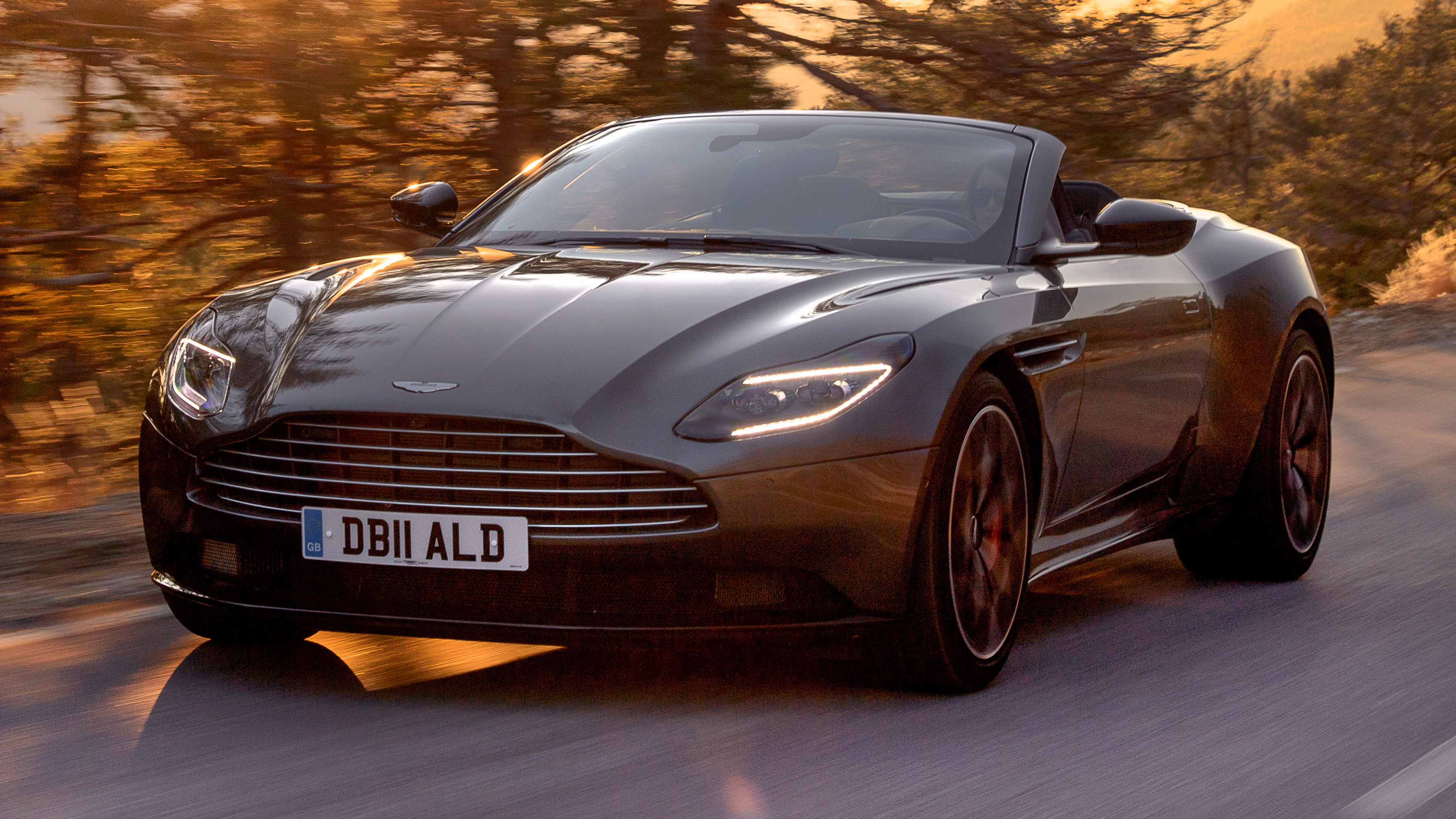 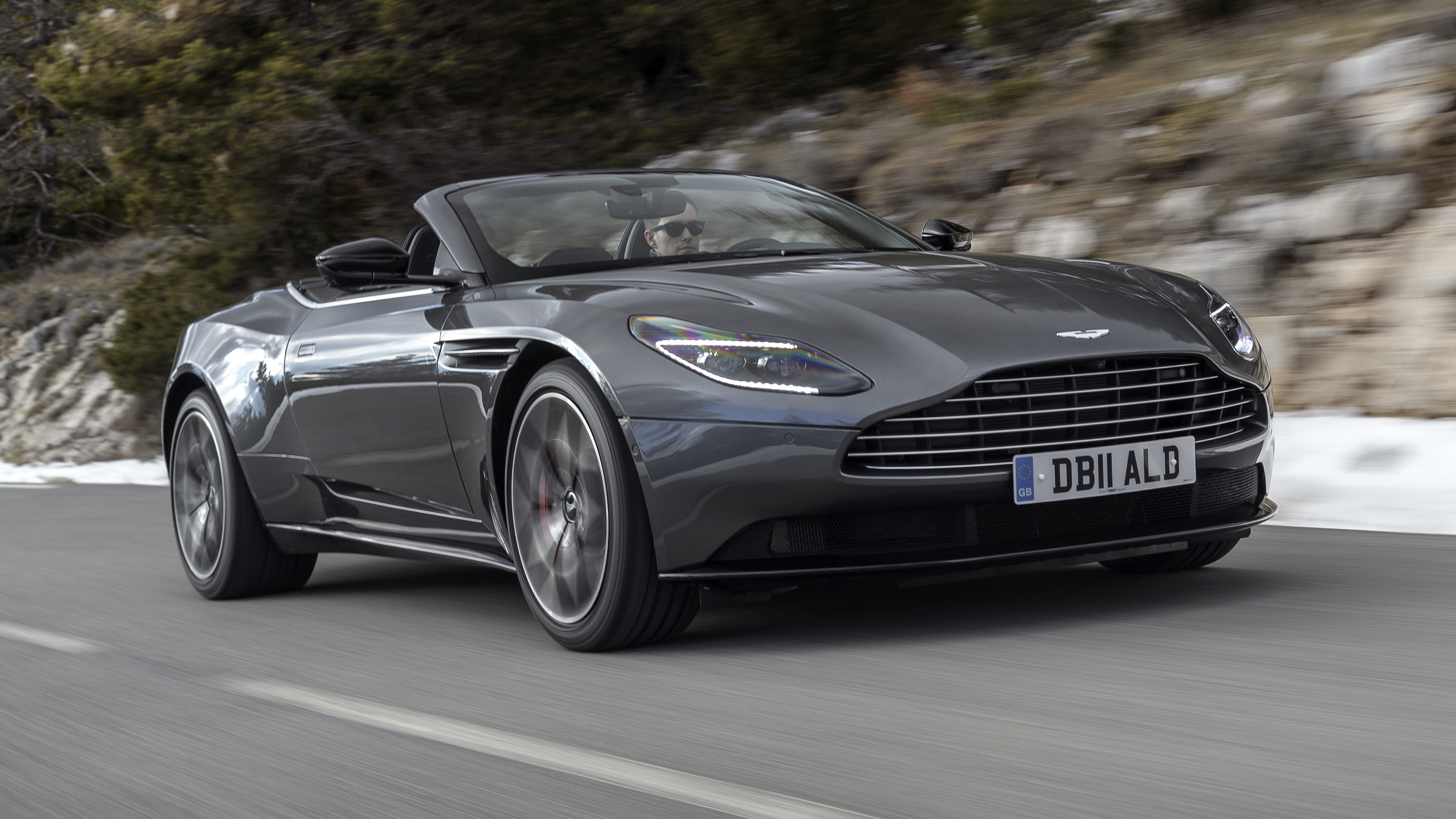 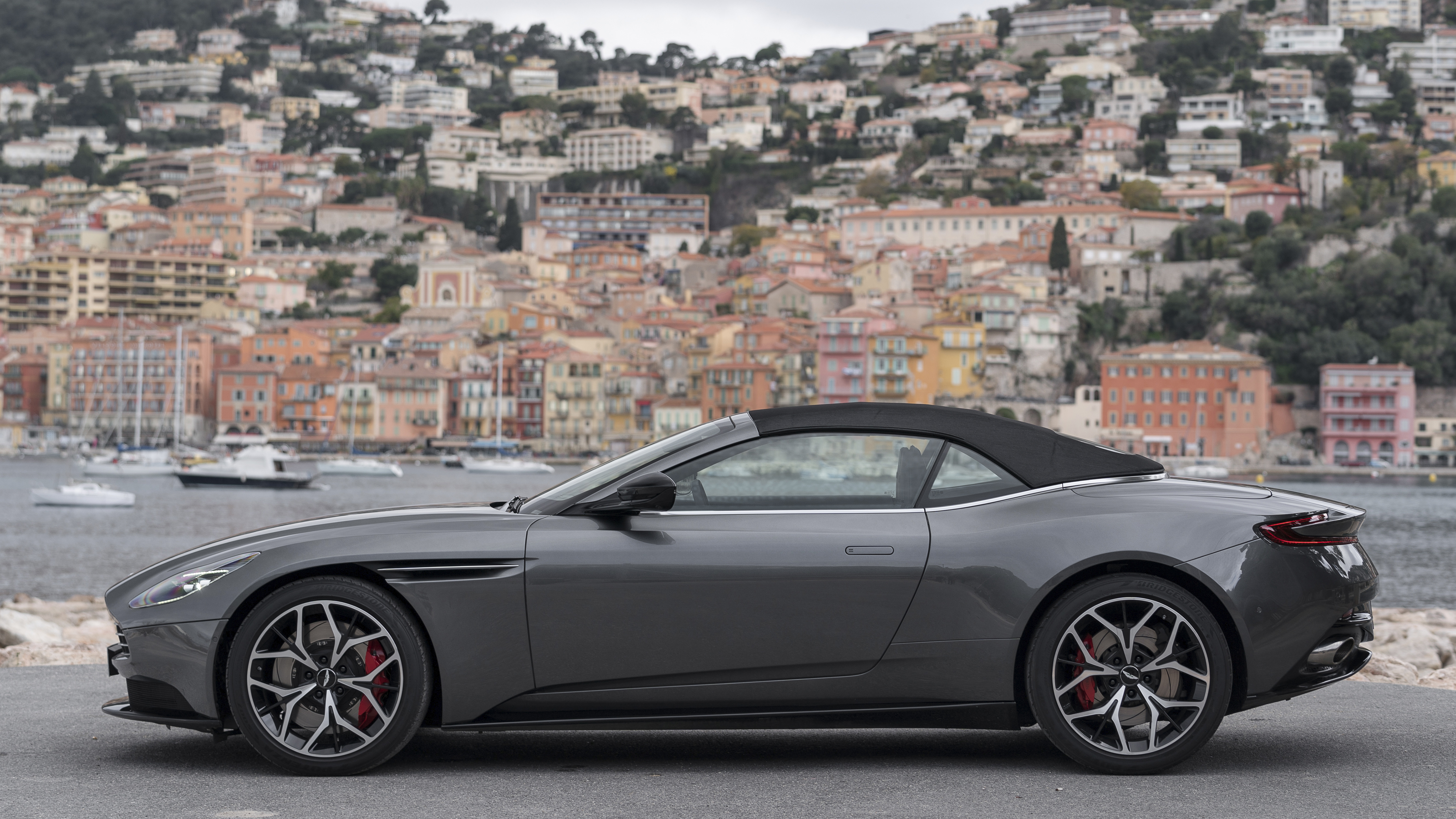 1 / 20
Advertisement
“The best DB11 so far. Loses little to the V8 Coupé in refinement, better to drive than the V12, and a feast for all the senses ”

We've met the DB11 before, and this is the Volante, which is Aston-speak for drop-top. Not as simple as it seems though. Although the Volante version was planned in from the start of the DB11 project, there are some fairly substantial changes between the bodies. And not just the roof, duh.

It's a big, beautiful car, dripping with classy design details and craftsmanlike cabin tailoring. Profligate, mind – for all it's vast footprint and dipsomania, there's no more space inside than in a Mini convertible. And actually you can get more in the way of tech and infotainment in a Mini than in this.

But as a thing to gaze upon, to be propelled by, to steer, to hear… well the DB11 Volante justifies its price. Even as that price with options nudges £200k.

At the start of its life the Volante is available only as a V8, the engine that Aston Martin buys from Mercedes-AMG. There's no V12 Volante thus far, though it's a cert for the future.

We don't mind, because in the Coupé, the V8 is a nicer car than the V12. Not actually because of the engine itself – who can resist a dozen-piston choir?  – but because the V8 simply has a nicer chassis, is more confident and clean through any bend.

Canvas-roofed cars should always have glamour to them, but this one just oozes high-end style and raw pheromonal magnetism. The front and rear of it is clearly as per any other DB11. What mattered intensely, obsessively, to the designers was that the middle region around the folded hood didn't turn into an ungainly bulging muffin-top. They wanted a long, low spearing shape. Head of exteriors Miles Nurnberger allows the E-Type Jaguar into his conversation.

Avoiding visual bloat was no mean feat. The hood is bulkier than a DB9's, because it has more metal bows for a smoother shape, and a full eight layers of fabric to help absorb wind noise, a sorely needed change. Still, a fabric hood is easier to package and allows more creative styling than the rival Ferrari Portofino's folding hardtop.

Plus-two rear perches in the DB11 Volante are smaller than in the Coupé, but even so the bulk of Isofix child seats does just squeeze in. And the boot will now hold four aircraft carry-on cases. Also demanding space around the same congested region are hidden pop-up roll hoops. (You might grumble that your expensive Aston's steering-column stalks are the same as the cheapest Mercedes'. But it'd be madly ungrateful to whinge at the M-B part-number on the rollover bars if they'd just saved your neck.)

Sections of the underlying DB11 structure were tortured into complex new shapes to make it all fit. The engineers refer to one of the cross-members as the 'crazy beam'. Other reinforcements for the convertible run under the engine, along the sills and across the rear chassis. The usual places, but done with commitment.

Because the rear deck is longer than the Coupé's, there's less aero lift; a small deployable spoiler is all that's needed to counter it. No need for the coupé's slightly controversial air channels carved into the rearmost pillars, which is just as well as they'd be near-impossible to make in canvas.

The power-fold mechanism is heavy, as of course is the body strengthening. So, aluminium or not, this V8-engined Volante weighs 1,870kg. That's as much as a V12 coupé. Though of course in the Volante's case it's biased significantly more towards the rear. It's carrying 110kg over the V8 Coupé. 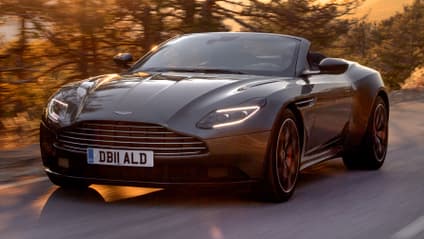 “Here's a car of charm, soul and real ability. Not to mention huge visual allure”

The Volante works well in hostile weather: it's snug and warm, and the confident chassis means you're not overwhelmed by its big-hearted engine. It's far less patchy than most Astons over history.

Even so you'll ache for the moment when the clouds dry their tears and the roof furls down. Now here's a car of charm, soul and real ability. Not to mention huge visual allure. 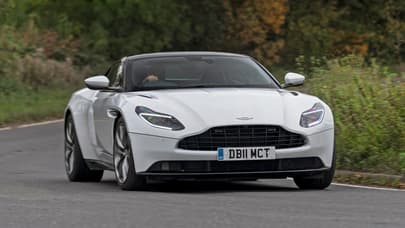 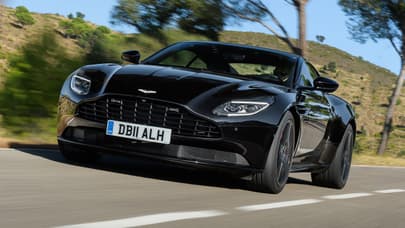