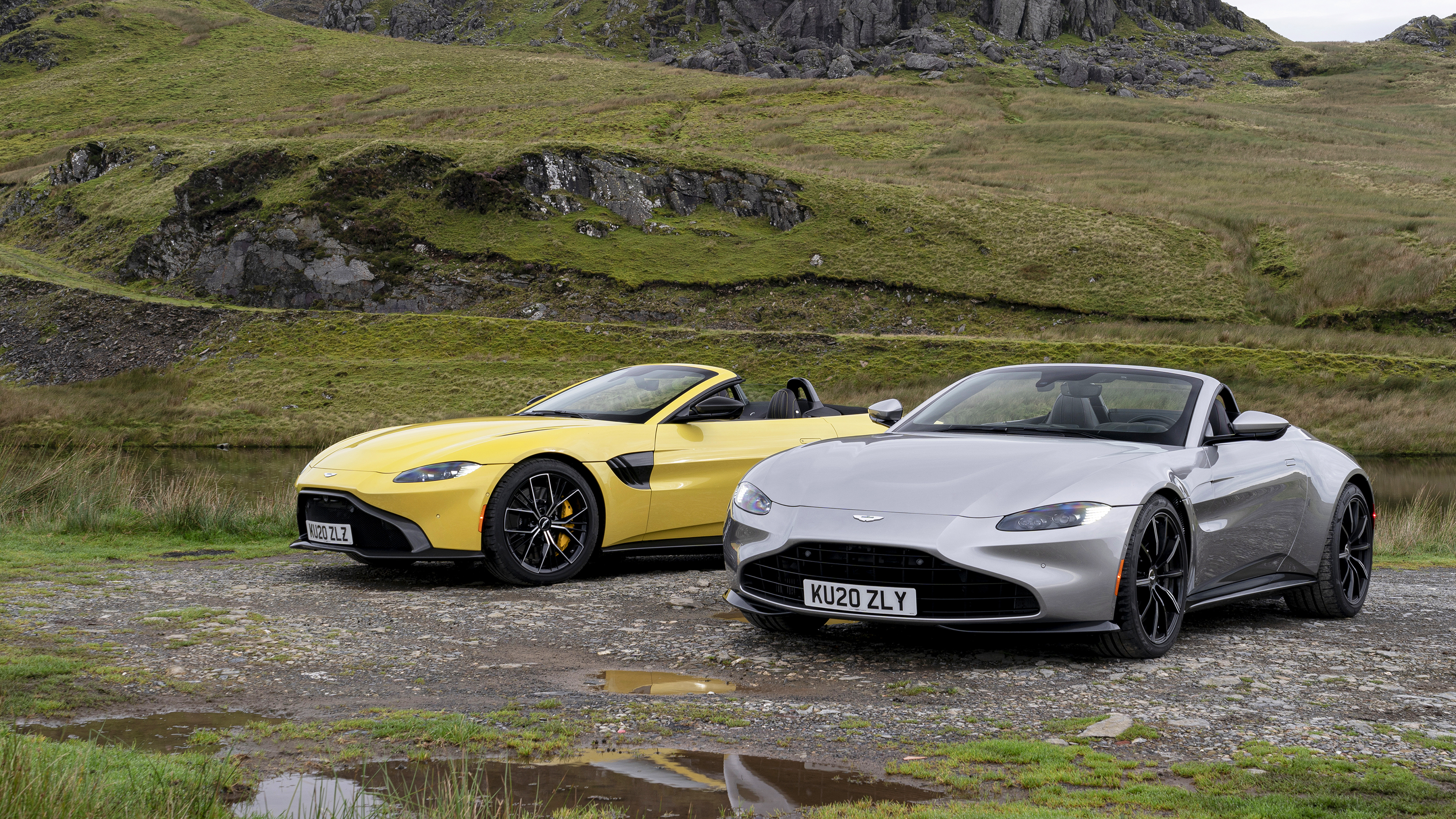 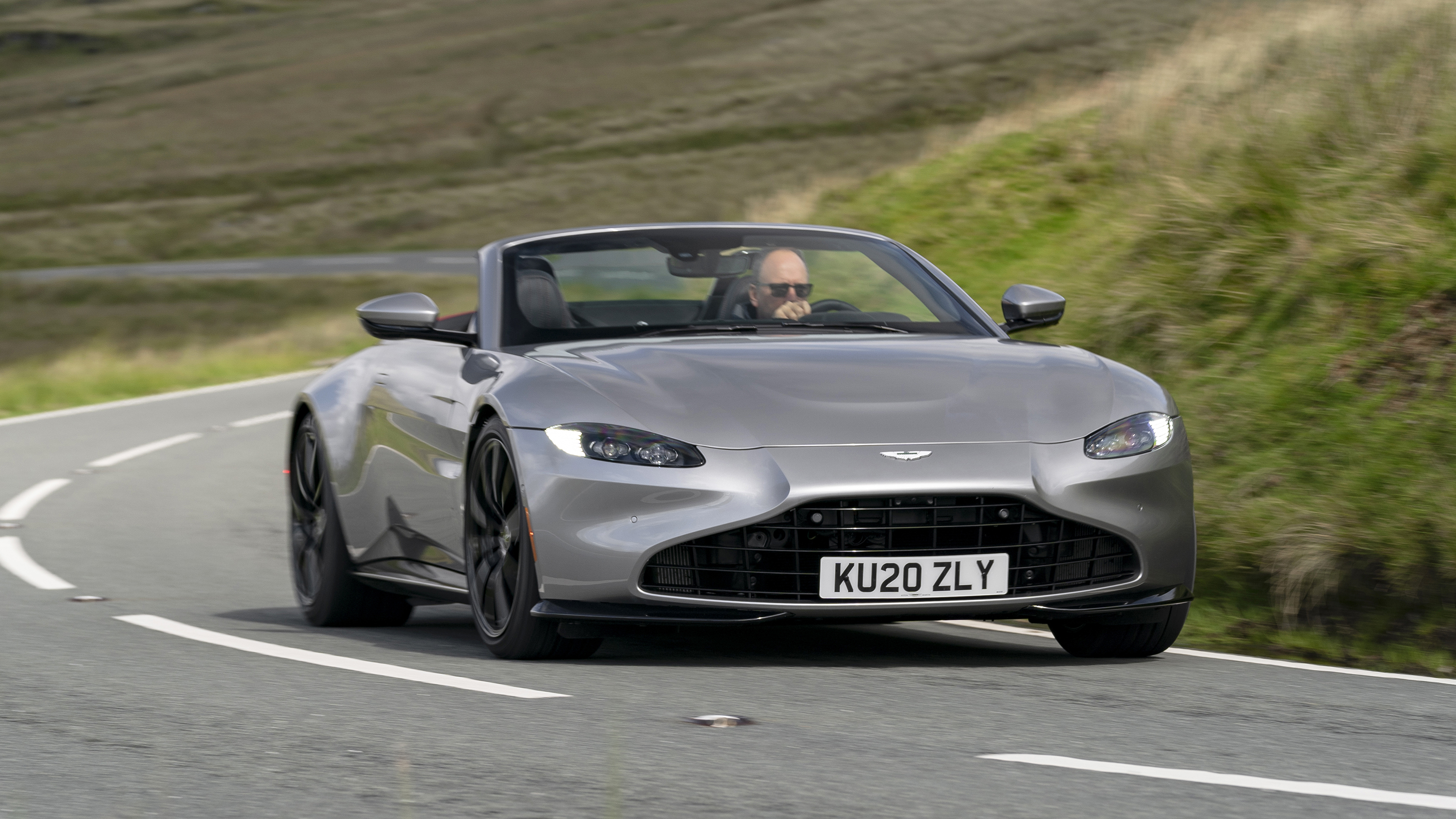 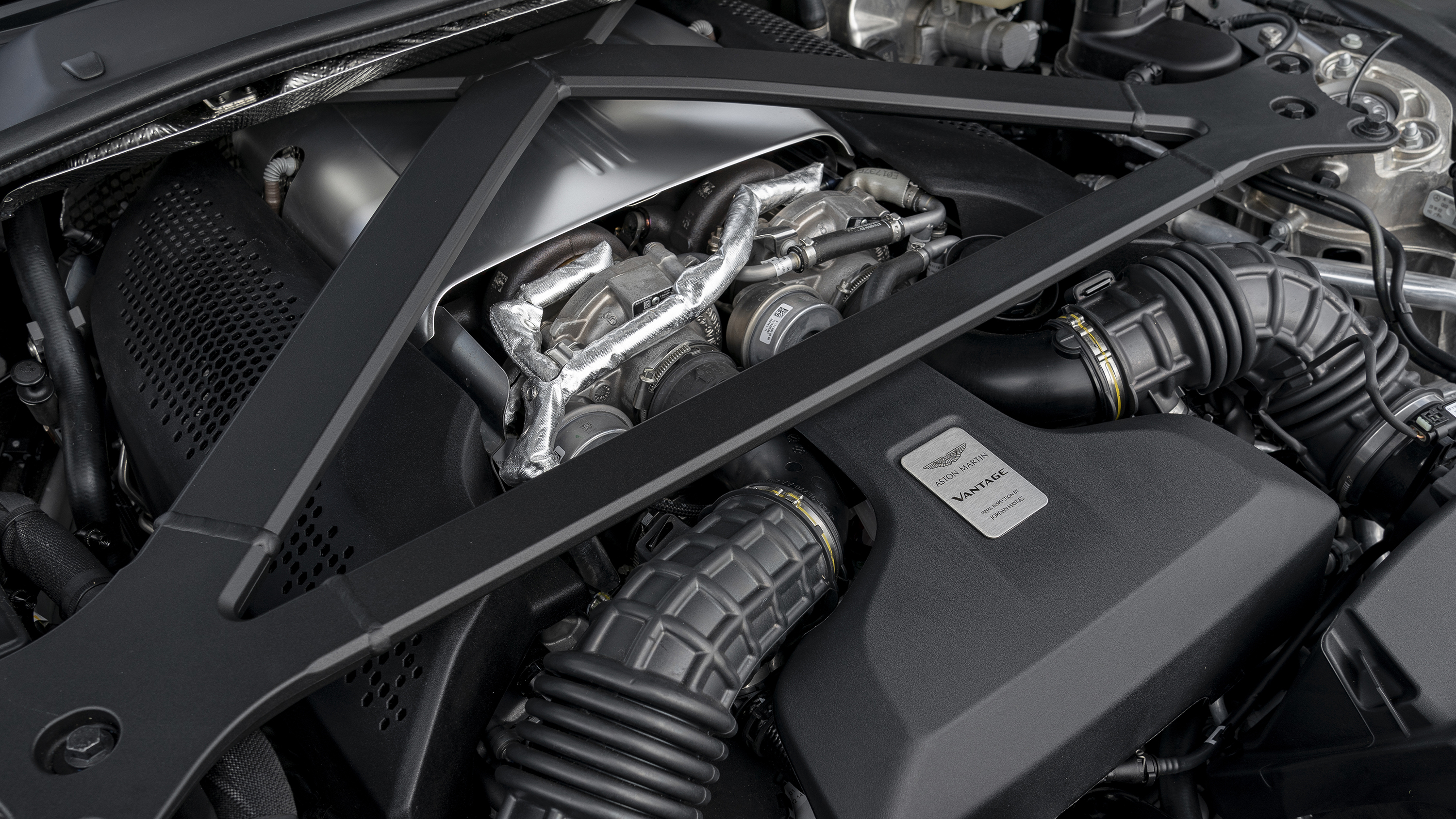 Prettier than ever with plenty of V8 thunder beneath

Too many buttons inside. A 911 is, inevitably, sharper

As surely as summer follows winter, a convertible Aston Martin follows a coupe. Often looking even prettier in the process. This is the new Vantage Roadster and if you need a minute to just gawp at it, please treat yourself. After all that 2020’s flung at you so far, you deserve it…

…done? Lovely looking thing, huh. Especially with the optional new grille, pictured here on the silver car and available on the coupe, too. It answers some of the criticisms fired at the Vantage since its 2018 launch, though the more aggressive, ‘mouthier’ standard grille remains and is shown on the yellow car above.

The spec sheet is as per the Vantage coupe – a twin-turbo 4.0-litre V8, sourced from Mercedes-AMG and fettled by Aston, produces 503bhp and 505lb ft, driving the rear wheels solely through an eight-speed automatic gearbox (with paddles). For now at least; the coupe gets a seven-speed manual, so we’d expect it to eventually find its way into the Roadster if there’s enough demand.

With the auto, 0-62mph takes 3.7secs, a sole tenth of a second slower than its 60kg-lighter closed sibling. A small weight gain, and one you can thank the Roadster’s reassuringly old-school fabric hood for. Aston’s never dabbled with retractable hard tops and earns our utmost respect for it.

Speaking of the roof, it boasts the Vantage’s best – if most niche – stat. It operates at speeds below 30mph, opening in 6.8secs, and raising again in 6.7secs. Which, rolled together, give it the quickest roof cycle in the business. Mock all you want, but in Britain’s endlessly indecisive climate, it’s of way more pertinence than the 190mph top speed.

Being a modern convertible sports car, we’re promised the same levels of performance, dynamism and refinement as the coupe, though the Roadster has had its own fettling, right down to a retune of its three driving modes – Sport, Sport+ and Race. The rear dampers and stability control system have also been tweaked to account for the extra weight (and location) of the roof mechanism.

Prices start at a whisker under £127,000, around 12 grand up on an entry-level coupe. A pretty healthy rise, given it’s probably only the beginning of a journey through the options list. Worth the extra? Let’s find out… 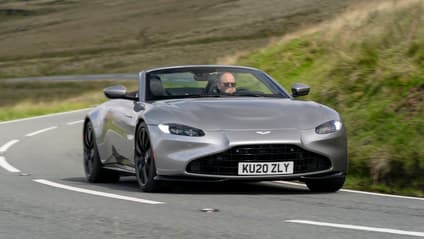 “It looks good, and it makes you feel good. What more do you need?”

A V8 engine and fresh air are a feelgood combination whether your car’s as lithe and delicately balanced as a 911 or not.

And the Vantage definitely falls into the latter category, though it’s still as sharp as roadgoing Astons get. It also mixes hot rod muscularity, comfy cruising and a bit of sports car nous together very well, making it a jack of all trades that doesn’t give its rivals a good thumping in one area. Save, as we say, for feelgood factor. There’s plenty to like here. Not just that neater front grille. 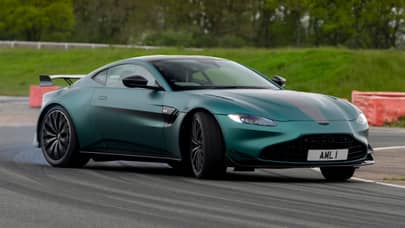 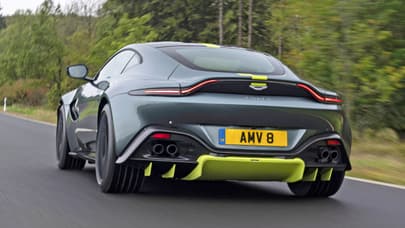 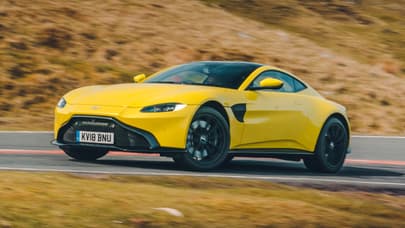