£143,250
Read why you can trust our independent reviews
Top Gear Team
Published: 25 Jul 2017
Skip 15 photos in the image carousel and continue reading 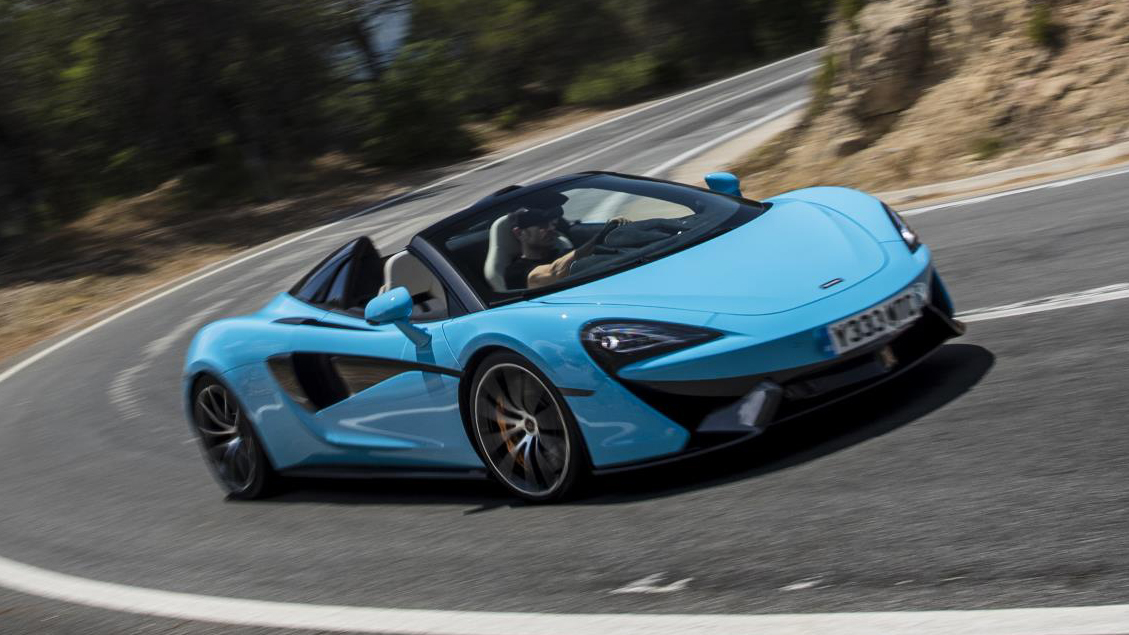 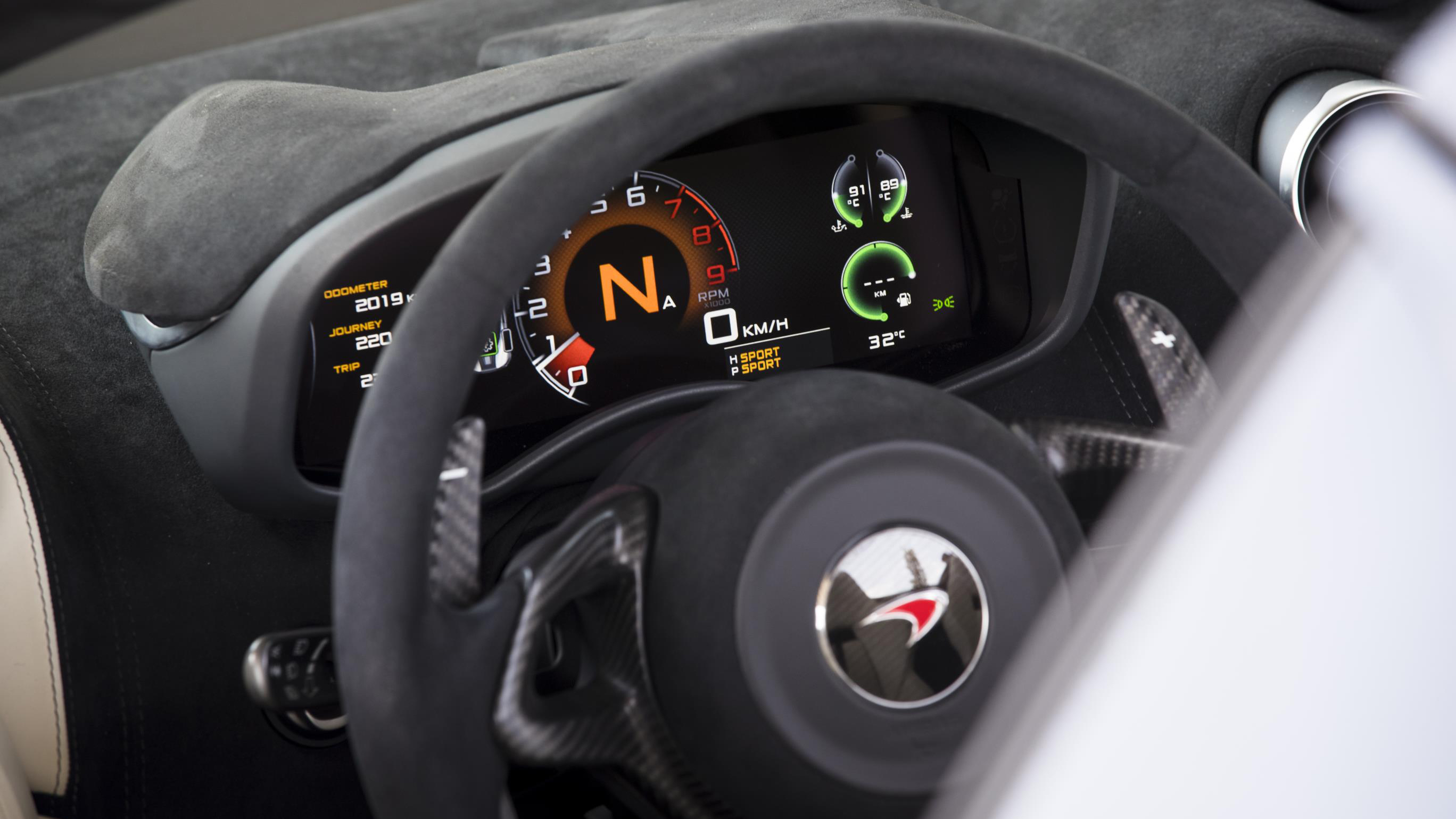 1 / 15
Advertisement
“It really does feel like the 570S Spider has a nice little niche going on as the best-value versus theatre mid-engined Spider. ”

Friendly but comfortingly fast, doesn’t lose anything for having a disposable roof. Feels more special than a Porsche 911 Turbo or Audi R8 V10, less intimidating than a Huracan/488.

Go mad with the options and it puts it in the firing line of bigger, badder competition.

First, a quick primer on McLaren model designations, just in case you got confused and/or had better things to do, because over the next few years, there are going to be lots of new Woking babies knocking about. Basically, following the company’s new £1 billion R&D business plan called ‘Track 22’, there’ll be 15 new cars - or derivatives - by 2022, at least half of which will feature some sort of hybrid tech. They’ll be spread across three ‘tiers’; ‘Sports Series’ (540C, 570GT et al), ‘Super Series’ (720S and derivatives) and ‘Ultimate Series’ which comprises P1 and the forthcoming (2019) £1.6-million-already-sold-out homage to the legendary F1 codenamed BP23, three seater, central-driving position and all. There’s even a full EV Ultimate Series car under evaluation, though not much has been confirmed about that. Yet.

In fact, it’s got a two-piece Z-folding composite hardtop that finagles itself under a buttressed rear deck in 15 seconds at speeds of up to 25mph. Under said rear deck sits the familiar 3.8-litre twin-turbo V8 M838TE, longitudinally mounted and driving the rear wheels through a seven-speed ‘Seamless Shift’ gearbox (SSG), punting out 562bhp at seven and a half grand, and 443lb ft between five and six and a half. Because the Sports Series is based around a carbon ‘MonoCell II’ tub, it doesn’t need any extra strengthening to lop off the top (it has the same structural rigidity numbers as the Coupe), and so the only weight gain is from the roof mechanism itself, adding 46kg to the Coupe’s heft, meaning that the 570S Spider weighs in at its lightest dry weight of 1,359kg, or a kerb weight (wet with 90 per cent fuel) of 1,486kg.

It’s got the theatrical dihedral doors - though no active rear wing like it’s bigger brothers - plenty of street presence and proper supercar looks, accentuated by a palette of punchy colours and options which mean you can have your roofless 570 as subtle or offensive as you like. And that’s before you involve McLaren’s MSO division for bespoke aesthetic good/evil. It’s basically exactly the same as the 570, apart from a 12mm higher rear spoiler strip that takes into account the ruffled aero of the roof, and looks really rather good. Ok, so the silver exhaust finishers look a bit stuck on (you can option them in black, which is better), but apart from that, it’s got the kind of flowing, slightly animalistic (the front is very ophidian) graphic that makes it look like there might be fangs secreted somewhere about its person. Taper and flow, rather than pinch and square. And it looks equally interesting roof up or down. Which is nice. 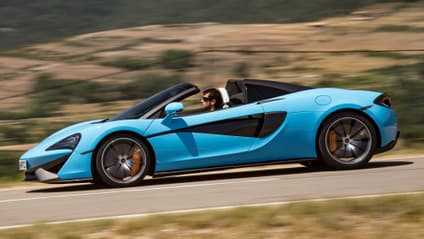 If you want a face-deforming, very focussed McLaren, then you can’t argue with a 720S Coupe or one of the nutter Ultimates. But if you want something with a little more boulevardier and daily use, then the 570 variants seem to entirely fit the bill. More practical and cheaper (nb/ excessive optioning negating that advantage) than the other mid-engined supercars bar the relatively staid R8, easier to actually drive fast and get the best from - and probably a bit more satisfying for that - but not quite the quiet ubiquity of something Porsche 911-shaped. It’s going some to say that this is the best value option at this price point, but it really does feel like the 570S Spider has a nice little niche going on as the best-value versus theatre mid-engined Spider. And it feels friendlier and better sorted than anything McLaren has made in this vein before - 650S Spider included. 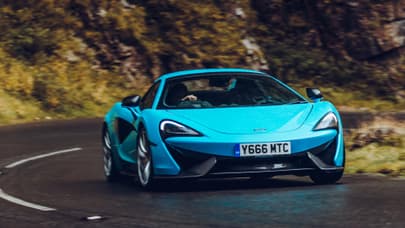 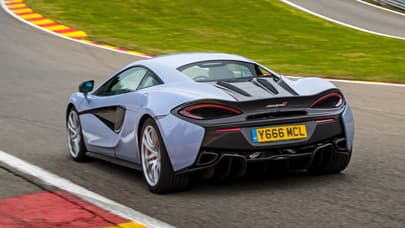 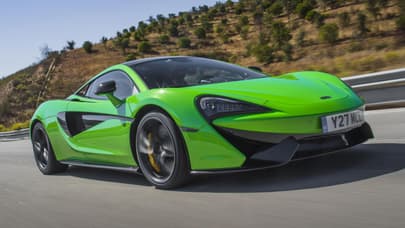